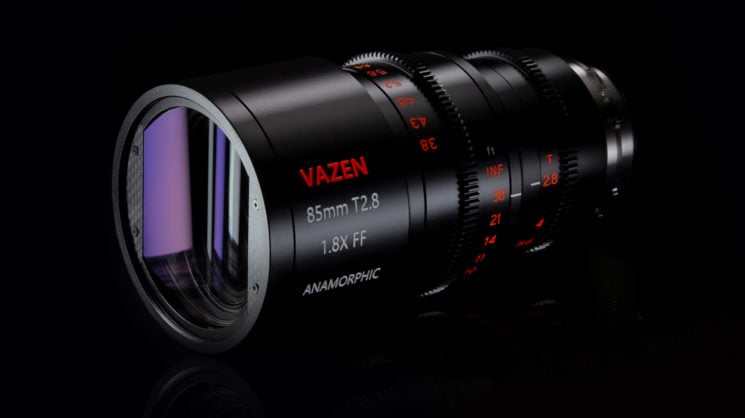 Vazen is a relatively new Chinese lens manufacturer that only really seems to have come onto the scene last year. But they jumped straight in with the anamorphic lenses, initially launching a 40mm T2 1.8x for Micro Four Thirds and following it up in February of this year with the promised 28mm T2.2 1.8x for MFT.

Today, though, Vazen has announced a new addition to their lineup. But this one’s not for Micro Four Thirds. Oh, no, this is an 85mm T2.8 1.8x Anamorphic lens designed specifically for full-frame cameras.

The Vazen 85mm T2.8 1.8x anamorphic lens, Vazen says, is designed to cover large format cinema cameras like the Red Monstro, Alexa LF, Kinefinity Mavo LF and Z-Cam E2-F8 – but that coverage also includes full-frame DSLR and mirrorless cameras, too – like the Sony A7S series, as shown off in the demo video above.

Vazen says that this is the “world’s lightest and smallest 1.8x anamorphic lens for full-frame cameras” (everything is the “world’s” only/lightest/smallest/biggest/heaviest/first something these days, isn’t it?) and well, it is quite small for a full-frame anamorphic lens, having a filter thread of only 86mm, a maximum diameter of 95mm for standard matte box mounting and a length of only 175mm! 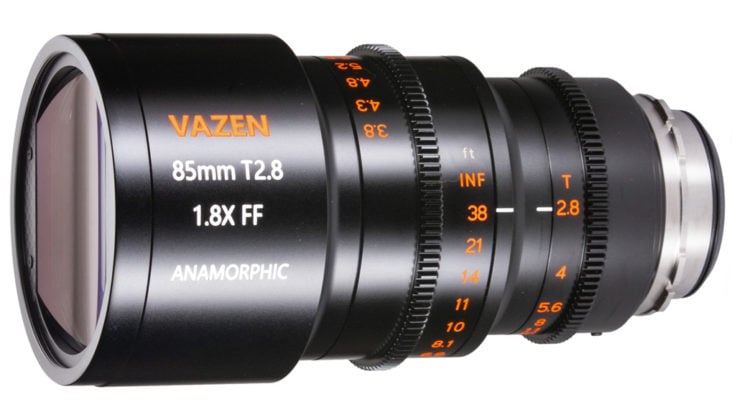 When paired with a 4:3 sensor, the 1.8x squeeze of this lens allows for cinematic 2.39:1 aspect ratio footage when desqueezed, and Vazen says that it’s capable of filling those large sensors with no vignetting. It’s available in both PL and EF mounts, which are switchable by the user, and come included in a nice protective hard case along with the lens. 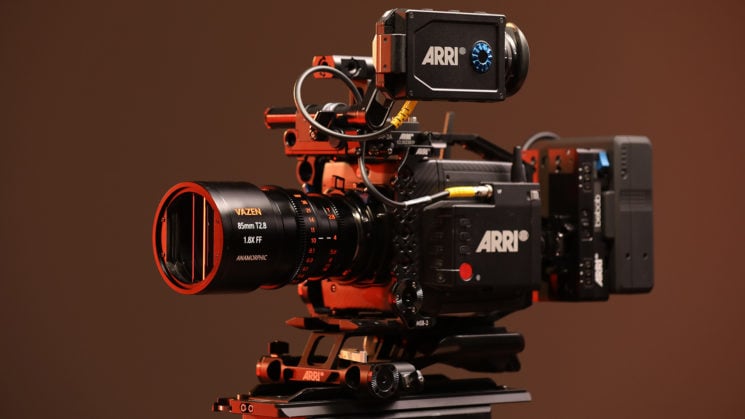 This isn’t the only full-frame anamorphic lens that Vazen plans to release. They say they’re also working on 55mm and 105mm 1.8x anamorphic lenses as well, to complete a three-lens set. The other two lenses are expected to be announced later this year. We’re also still waiting on that promised 65mm Anamorphic for Micro Four Thirds.

If you’re interested in getting the full-frame Vazen 85mm T2.8 1.8x Anamorphic lens for yourself, they’re available to buy now for a fairly substantial $8,000. They’re shipping at the end of this month and will be shipped from their warehouses in either Hong Kong or the USA.