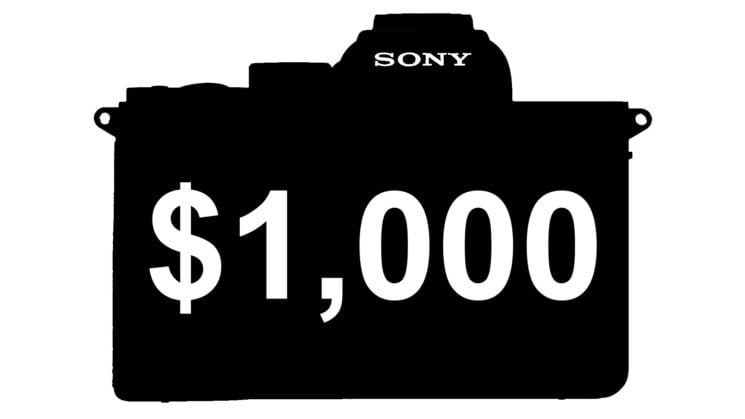 Sony is expected to announce a new entry-level full-frame mirrorless camera at some point in the next few weeks. We’ve heard some possible spec rumours about it already, and now it seems we might have a possible price point for it. And it looks well set to compete directly against the Canon EOS RP mirrorless.

Polish website Optyczne is reporting that the new Sony (we still don’t know if it’ll be called the A5 or the A6) is rumoured to be priced around $1,000 (the EOS RP is $999 body only) and would come at a significantly lower price than the Nikon Z5, which is currently listed at $1,399 body only.

The rest of the specs are mostly the same as previously reported, but with one exception.

Other than the addition of a possible price point, the only change from the previous list is the EVF. It was previously rumoured to be a somewhat low 770k-dot EVF. Now, though, it seems that’s been upgraded to a 2.3m-dot EVF.

Given how close the reported price matches the EOS RP and how much lower it is than the Nikon Z5, it will be interesting to hear the final price on the Panasonic S5 when it’s announced in a couple of weeks, too. I’m also curious to find out whether the S5 will adopt the flippy out LCD of the Lumix MFT cameras or the tilting LCD of its other full-frame S series siblings.

If the A5/A6 has a flippy out LCD like the A7S III or ZV-1 and not a tilting LCD like all of Sony’s other E mount cameras, then this could potentially become a huge hit with vloggers who’ve already adopted Sony E mount for their other photography and video work.

How long before Nikon drops the Z5 price you think?

The Benro Theta is the World’s First Auto-Leveling Tripod
Sony Has Moved 90% of its Camera Production from China to Thailand
Lightroom Coffee Break: Give Folders Color Labels in Lightroom Classic CC
Using the AstrHori 18mm f/8 Low-Cost Shift Lens
How to Reverse Image Search on iPhone