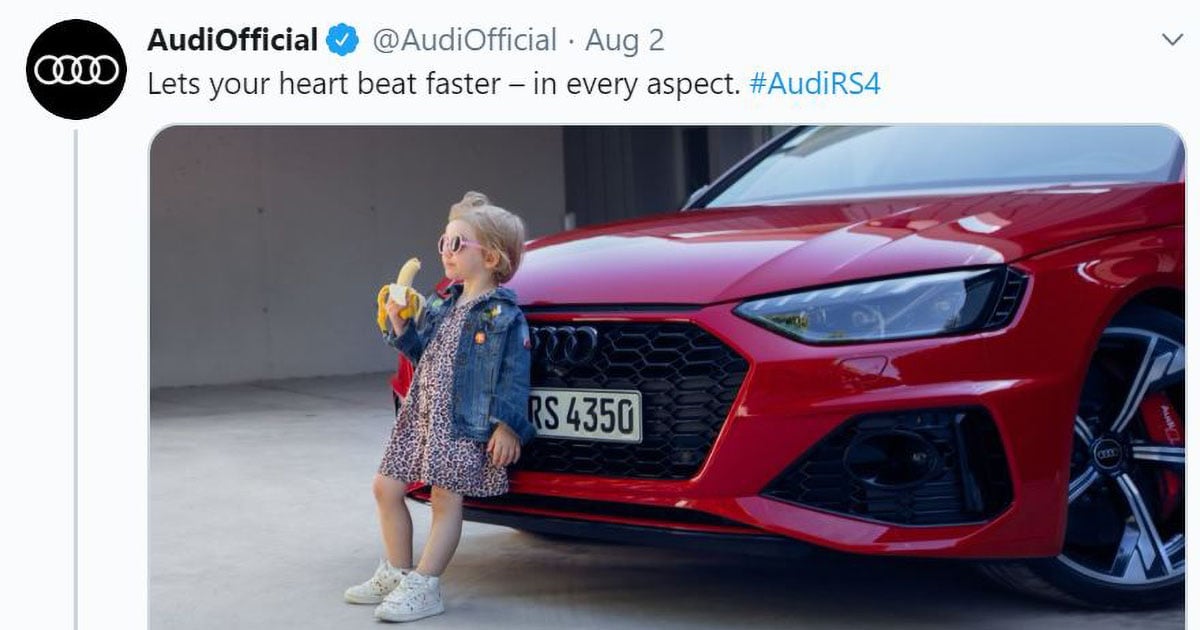 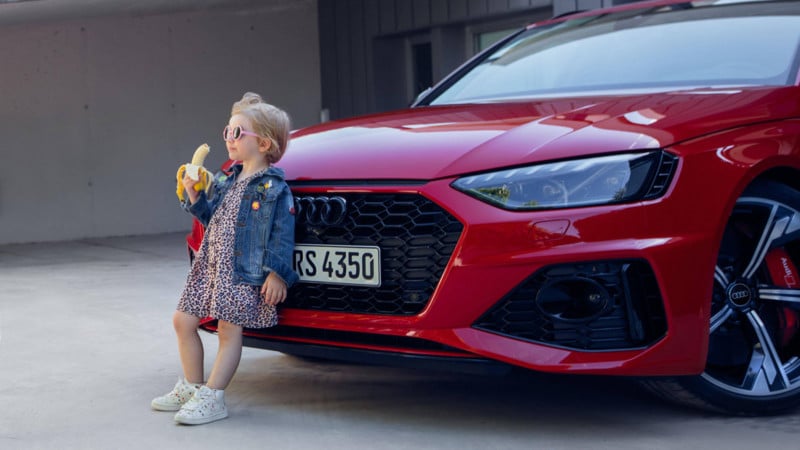 Audi recently stirred up controversy after launching a new ad campaign that included a photo of a little girl leaning against the front of the car while holding a banana. The photo was met with sharp criticism on social media, and Audi responded by quickly pulling the image and issuing an apology.

On August 2nd, the German automaker rolled out a new campaign for the Audi RS4 Avant wagon. Among the lifestyle photos of a family in and around the car was one photo of a little girl wearing sunglasses and eating a banana. On Twitter, the photo was published alongside the text, “Lets your heart beat faster – in every aspect.” 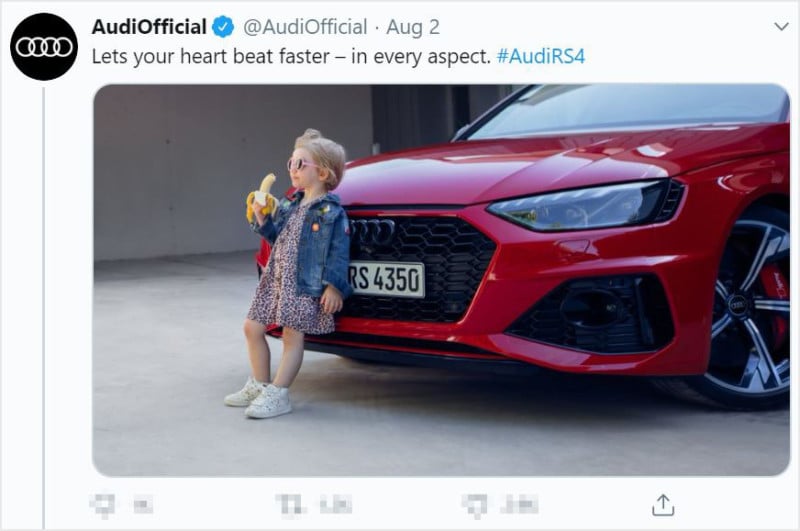 People on social media immediately began criticizing the photo for being both dangerous and “provocative.”

Some pointed out that the girl was shown in a location that would be difficult for the driver of the car to see.

As a learning point, I would like to know how this came about. When I saw the photo of the child, my heart lurched. I have drummed into my children NEVER to stand in front of or behind a car as you may not be seen. Were any parents/mothers involved in this design?

Others accused Audi of using a sexually suggestive photo of a minor, pointing to everything from the banana to the color of the car.

Others spoke up in Audi’s defense,

This is a society where people”complained” that an Audi advert was too “provocative” for showing a little 4byear old girl dressed in a cute fashionable dress and shades, eating a banana happily. Shouldn’t those “complainers” have their hard drives checked?

An image of a little girl eating a banana in an Audi ad has received lots of criticism. If you look at a picture like this and automatically see something sexual I’d argue that it is YOU with a sick mind…

Less than 24 hours after the ad went live, Audi pulled the plug and apologized for the “insensitive” photo: 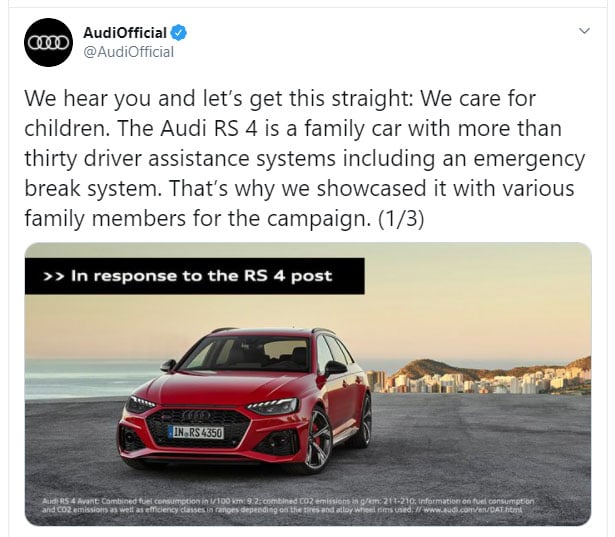 “We hear you and let’s get this straight: We care for children,” Audi writes, explaining that the ad was designed to show how even little children can rely on the family car’s safety systems.

“Audi never intended to hurt anyone’s feelings,” the company continues. “We sincerely apologize for this insensitive image and ensure that it will not be used in [the] future. We will also immediately examine internally, how this campaign has been created and if control mechanisms failed in this case.”