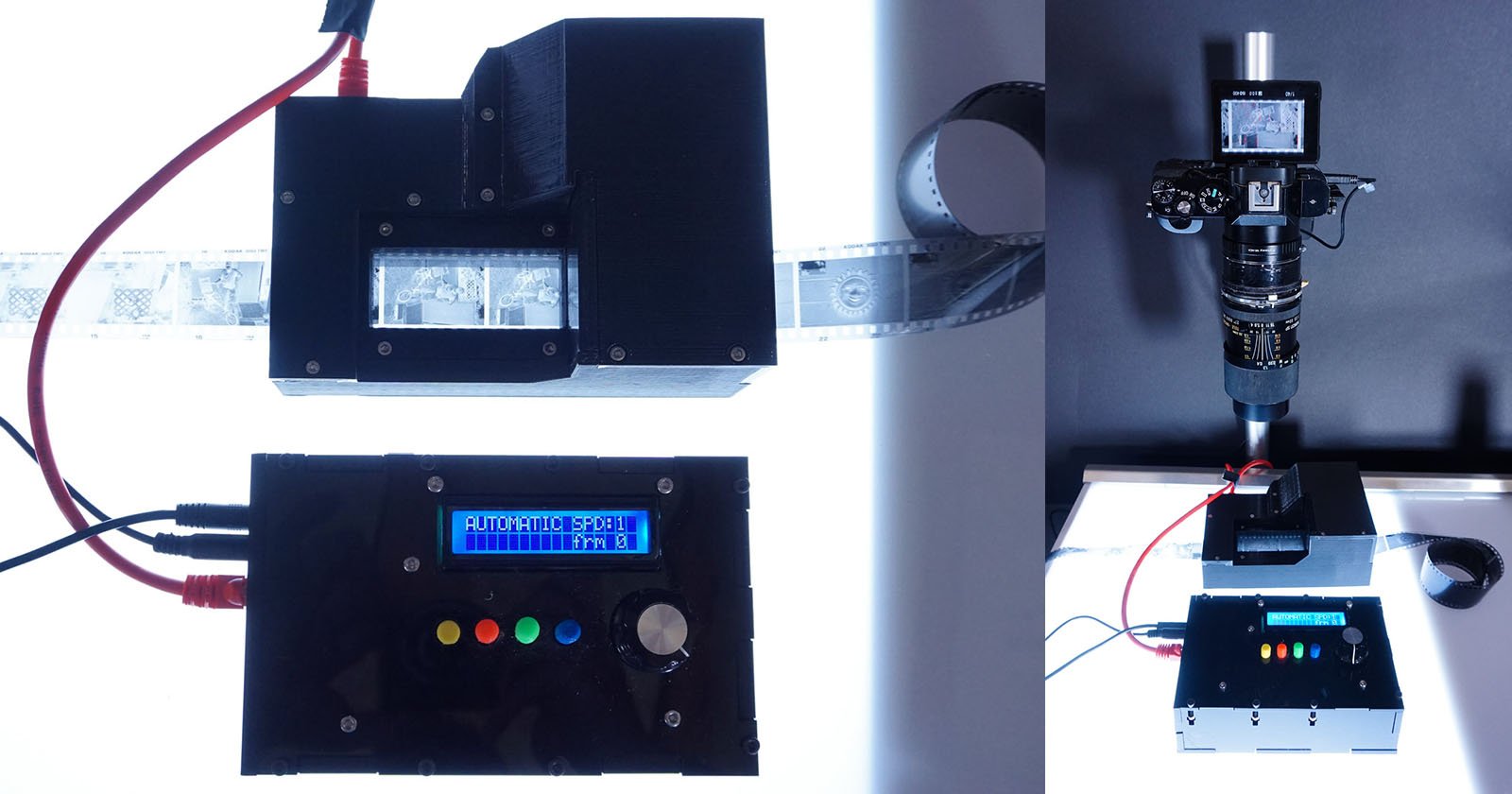 The device is designed to pull an entire roll of 35mm film over a light source while triggering an exposure by an overhead camera for each frame that passes through the window. It’s a universal device: the Mongoose will trigger pretty much any camera that accepts a cable release and can be used to scan B&W, negative, and slide film. With a film gate that measures 27mmx68mm, the device can be used to scan photos ranging from half frame (24mmx20mm) up to Hasselblad XPan panoramas (24mmx65mm) with a black border around each frame (with no sprocket holes). 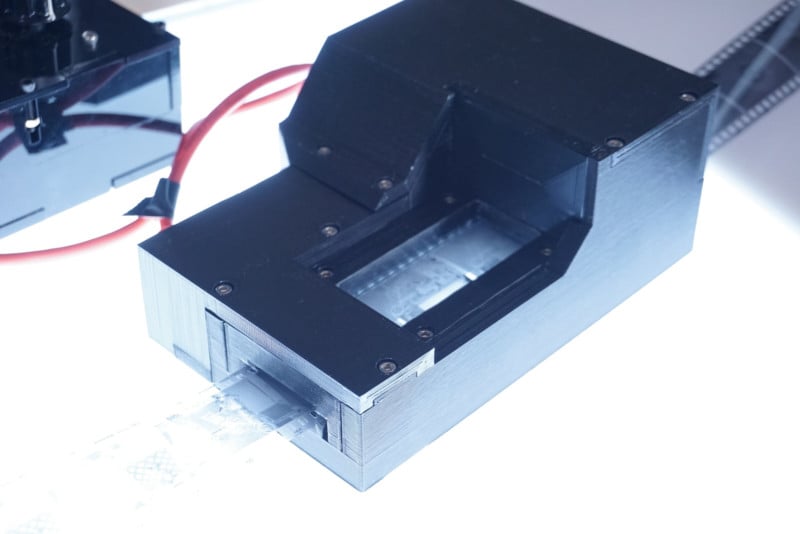 The dual-plane film path ensures that even curly and cupped film strips are flat when they’re passing through the film gate. Because the Mongoose only touches your film at the sprocket holes, there’s no risk of any emulsion scratching. 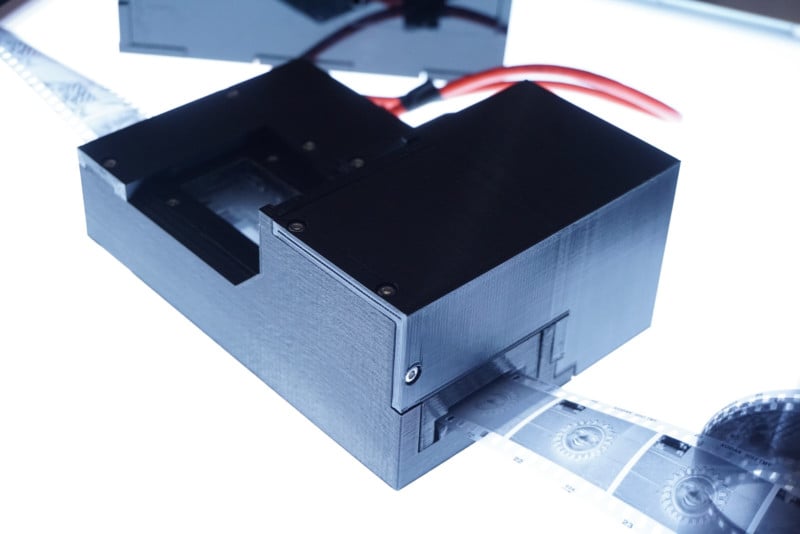 There are three different scanning modes: Manual, Fast, and Automatic.

Moses says he named the device “Mongoose” because “the Mongoose is fast, and eats snakes and snakes of film!” 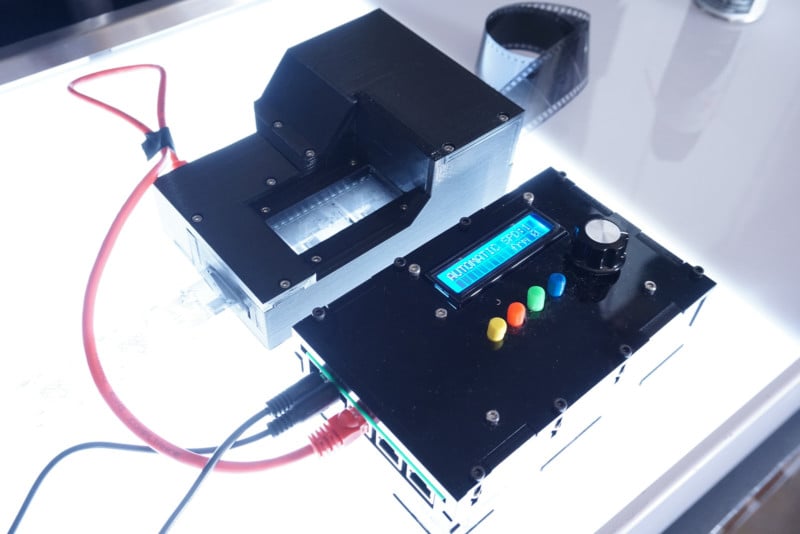 Other features and specs of the Mongoose include edge detection sensitivity (for auto-scanning even the most under-exposed or under-developed film), an adjustable delay (for pausing the film during a long exposure or to give time for flash recycling), and a separate control box (so the scan module isn’t disturbed during operation).

Here’s an 8.5-minute video showing how the Mongoose is set up:

Moses has launched the Mongoose through a Kickstarter fundraising campaign that has already blown past its initial $30,000 goal in less than a day.

A pledge of at least $450 will get you one of the first Mongoose units (with an estimated delivery of December 2020) if Moses successfully delivers on his promises.

Using the AstrHori 18mm f/8 Low-Cost Shift Lens
UV Filter: Should You Use One on Your Camera Lens?
Sigma 20mm f/1.4 DG DN Art lens – Hands-On Review
7 ways to make the most of your location and create content that sells
Rode’s NTH-100 headphones are now a headset with the new NTH-Mic microphone