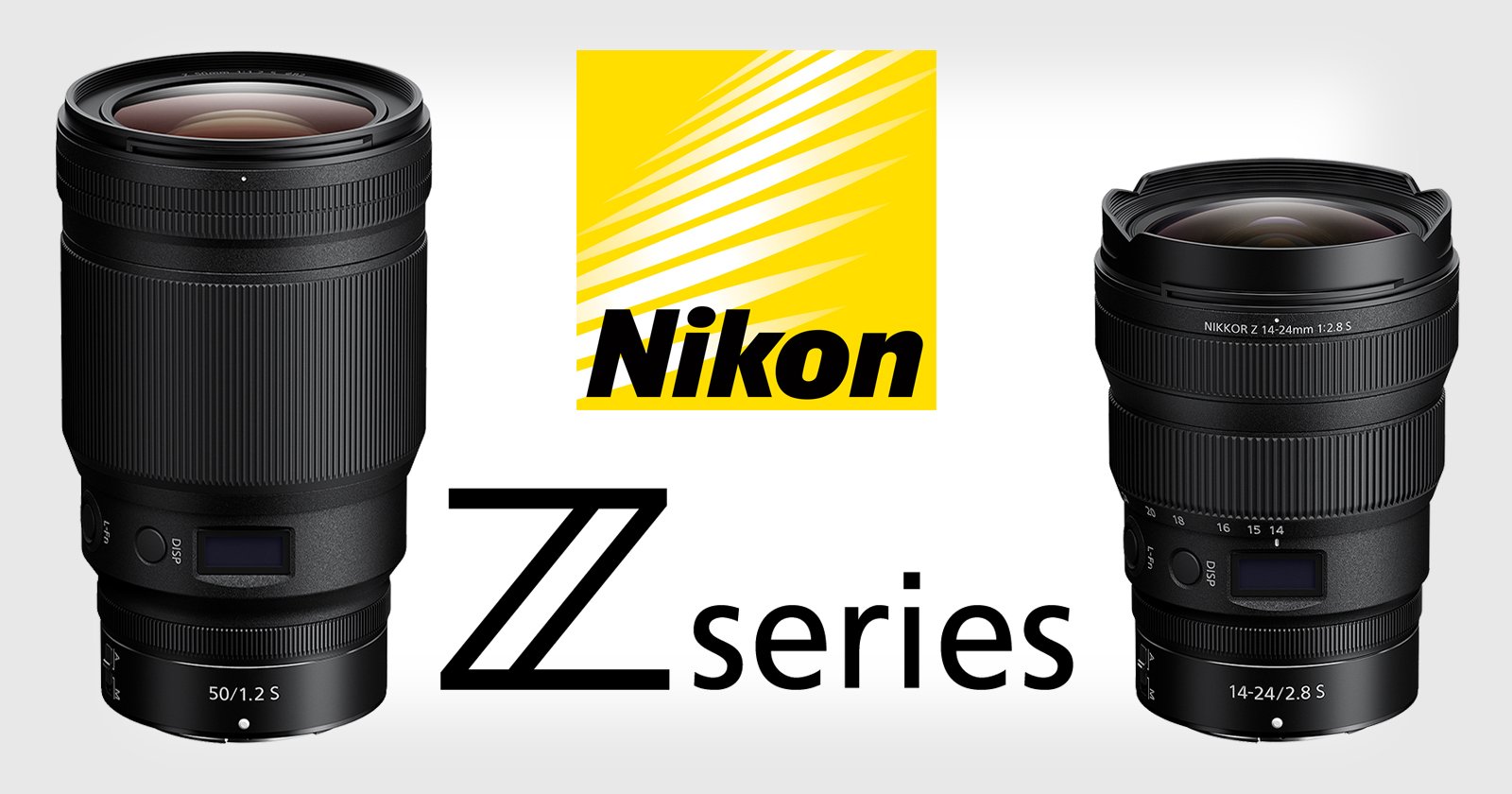 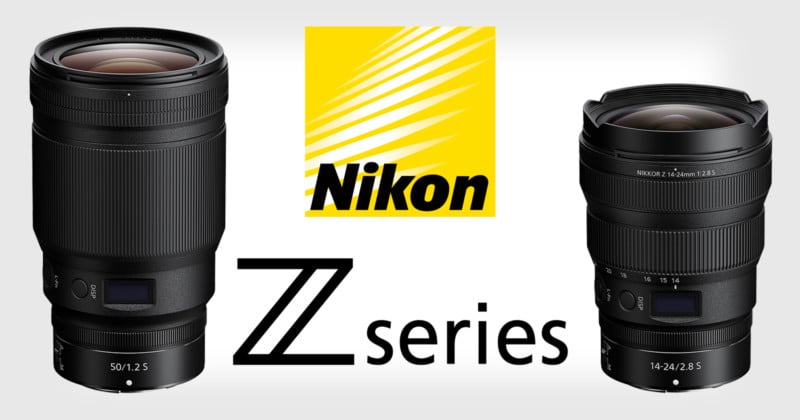 Nikon has just announced two of the most anticipated lenses for its full-frame mirrorless Z-series: the NIKKOR Z 50mm f/1.2 S and the NIKKOR Z 14-24mm f/2.8 S. The former is the fastest AF lens Nikon has ever produced, while the latter is “the world’s shortest and lightest full-frame f/2.8 zoom lens with a 14mm field of view.”

Both of these lenses will add some much-needed excitement to the Z-Mount lens roadmap in the form of speed on the one hand, and a high-performance ultra-wide option on the other.

Let’s take them one at a time. The new 50mm f/1.2 lens is one of the fastest lenses Nikon has ever produced, right in line with their old Noct and only a little slower than the new Noct. But unlike the 58mm f/0.95 S Noct, this lens comes with autofocus.

Optically, the NIKKOR Z 50mm f/1.2 S promises to deliver “unrivaled sharpness, speed, and life-like clarity” thanks to an optical formula that Nikon describes as “symmetrical” in order to prevent light from being bent or distorted as it makes its way through the lens. This, combined with three aspherical elements, Nikon’s Nano Crystal coating, and the new ARNEO coating, is how Nikon plans to deliver on that “unrivaled” promise.

Autofocus is driven by two STM motors which simultaneously move multiple focus groups for fast, accurate AF performance. And when it comes to build, you get a customizable control ring, a customizable function button, and an EL Display panel built into the lens barrel itself.

All of this comes together into a hefty weather-sealed lens that weighs 2.4lb (1090g) and measures a full 6 inches long.

Here’s a closer look at the new prime lens: 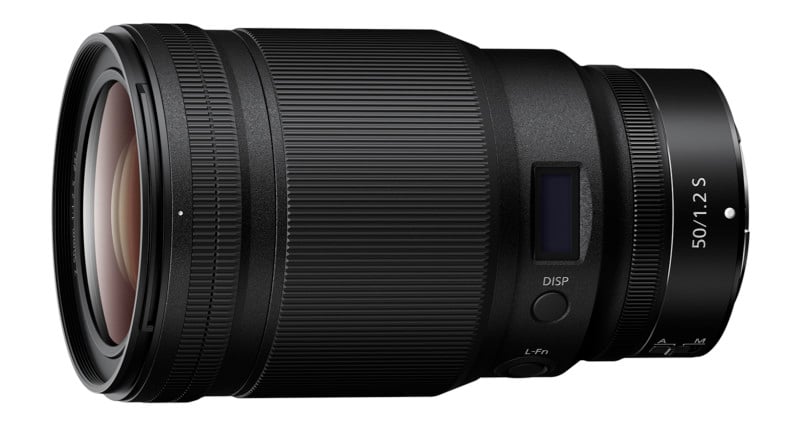 And a first impressions video from Nikon USA: Unlike the 50mm f/1.2, the new NIKKOR Z 14-24mm f/2.8 S is all about how small and light it is compared to other lenses in its class. Nikon is calling this “the world’s shortest and lightest full-frame f/2.8 zoom lens with a 14mm field of view,” and while that might sound like a lot of qualifiers, it’s quite the optical achievement.

Thanks to the short flange distance of the Z-Mount, the new 14-24mm f/2.8 is nearly 35% lighter than its F-mount predecessor, while its optical design featuring four ED lens elements, Nano Crystal Coat and ARNEO Coating promises to deliver the “optical superiority” pros will expect from one of the “holy trinity” lenses.

On the outside, the 14-24mm lens matches its brethren in the f/2.8 trinity, with a customizable control ring, customizable function button, and an EL Display of its own.

Finally, as rumored, this lens can actually accept screw on filters. The front element is flat enough that you can attach 112mm filters onto the included lens hood, while simultaneously putting gel filters into the built-in rear-filter slot for “greater versatility and flexibility in more lighting conditions than ever before.”

Here’s a closer look at the new zoom lens: 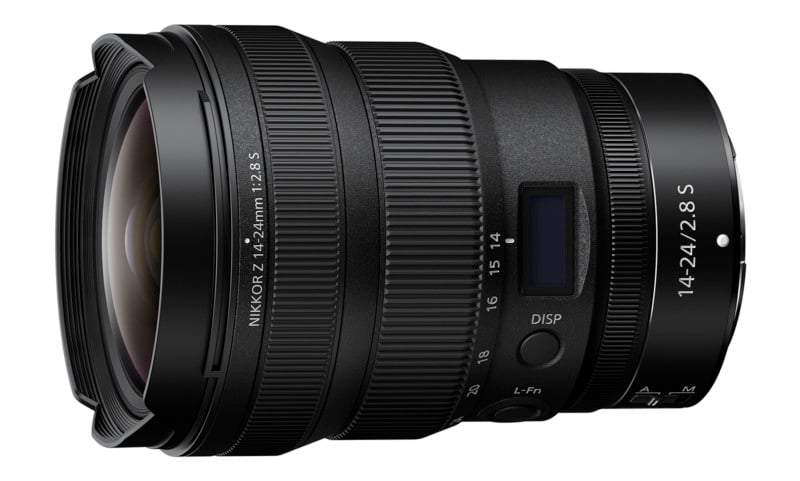 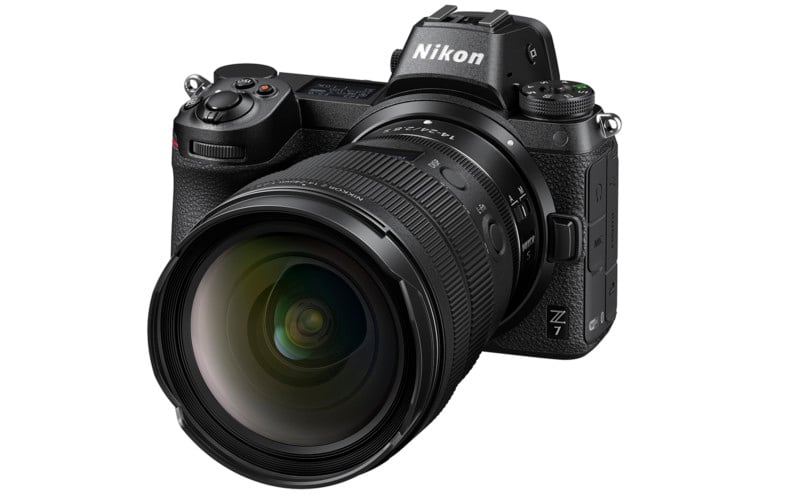 And a couple of first impressions videos from Nikon: