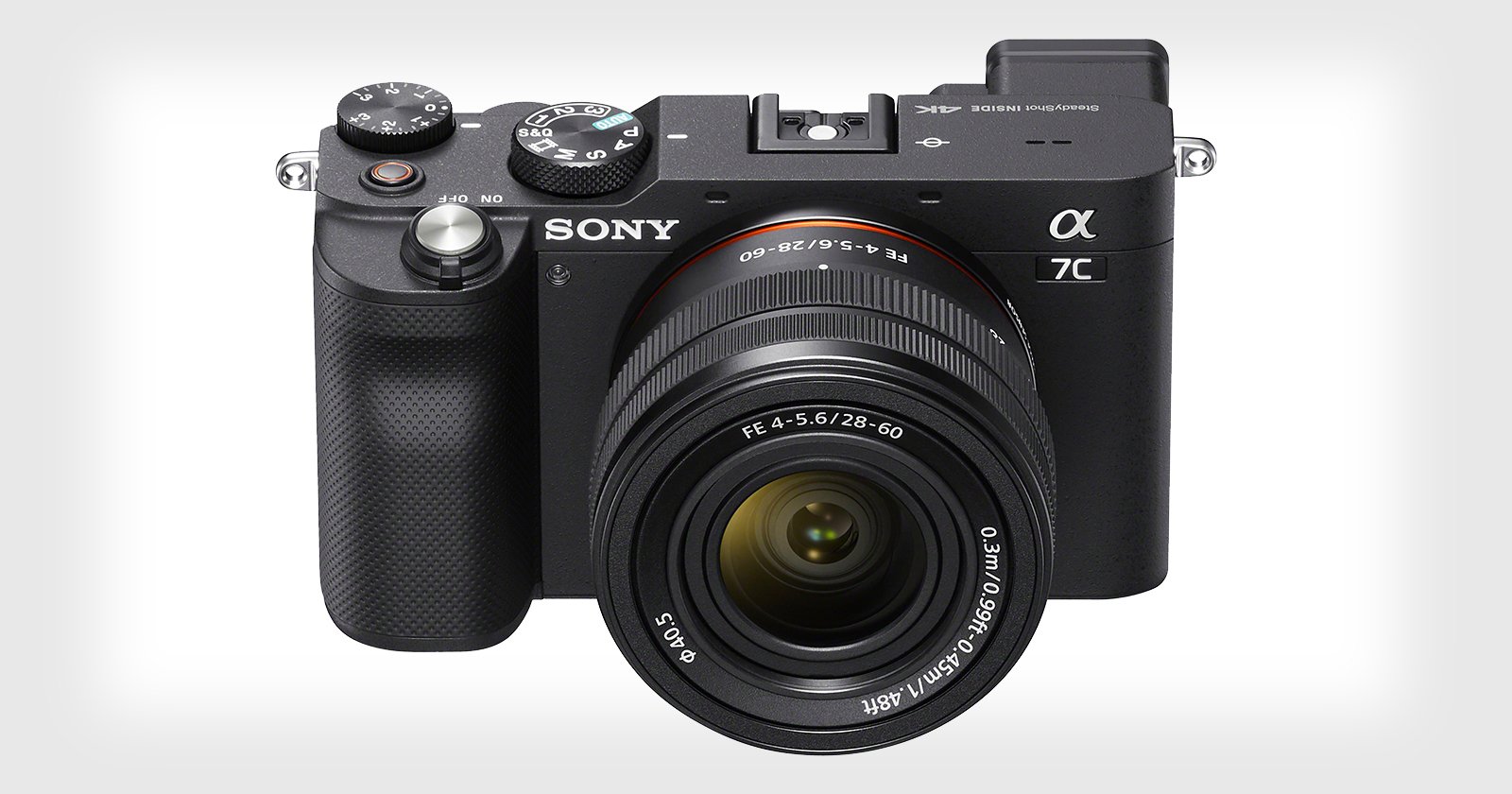 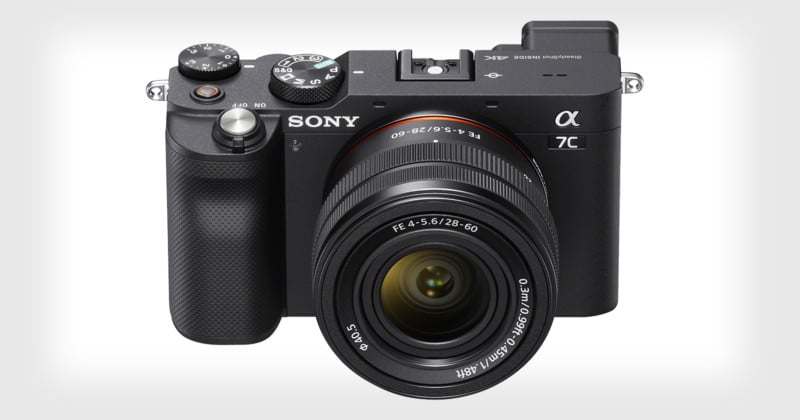 As promised, Sony unveiled a new full-frame mirrorless camera via livestream this evening. But while this was originally rumored to be a compact entry-level model that would sit below the popular Sony a7 III, the new Sony a7C may be more of a step sideways than a true budget option.

In brief, the Sony a7C is basically Sony a7 III that was left in the drier a bit too long. It boasts the same 24MP BSI CMOS sensor, IBIS with up to 5 stops of shake reduction, oversampled 4K/30p (8-bit only) video capture, and can fire off up to 10fps at full speed… all inside of a body that weighs just 1% more than the crop-sensor Sony a6600.

On the outside, the camera features a corner-mounted 2.36M dot EVF with a rather small 0.59x magnification, a fully-articulating LCD screen for the vloggers in the audience, a single UHS-II SD card slot, separate mic and headphone inputs, and a USB-C port.

You can get a quick intro to the new camera and all of its key features below:

The focus with the Sony a7C was clearly on making it as small and travel/vlogging-friendly as possible without cutting too many corners. And from that perspective Sony has definitely succeeded. At just 4.9 inches x 2.8 inches x 2.2 inches (124.0mm x 71.1mm x 59.7mm) and weighing in at a measly 18oz (509g), the Sony a7C is officially the world’s smallest and lightest full-frame camera with IBIS.

That last bit is important… since the Sigma fp is definitely smaller and lighter.

Joining the camera is the “world’s smallest and lightest full-frame zoom lens”: the new collapsible Sony FE 28-60mm f/4-5.6. While the lens probably won’t win any image quality awards compared to larger lenses, it features 3 aspherical lens elements as part of its construction and promises sharp results from corner to corner despite its diminutive size.

Here’s a closer look at the new camera and lens from all angles: 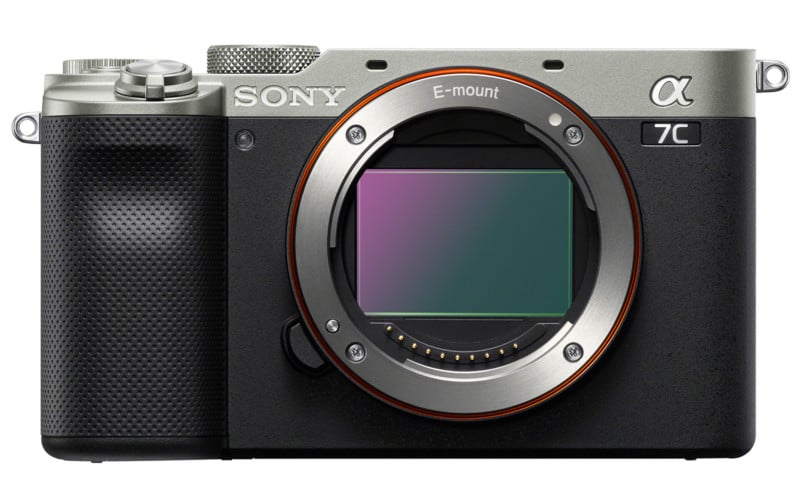 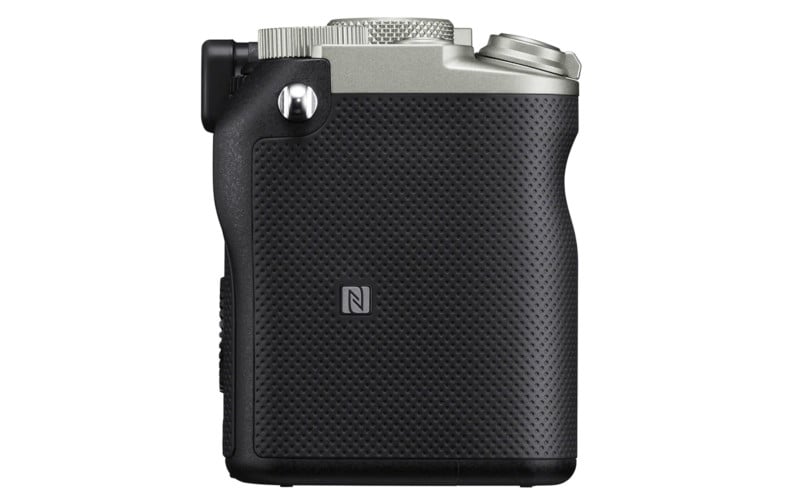 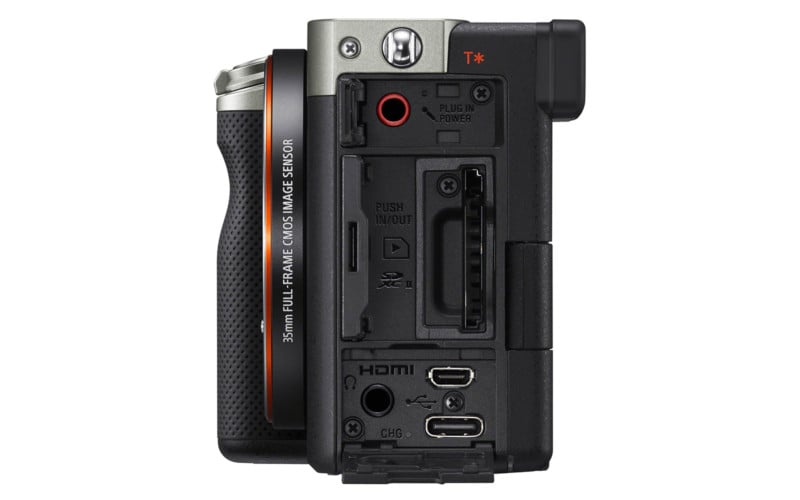 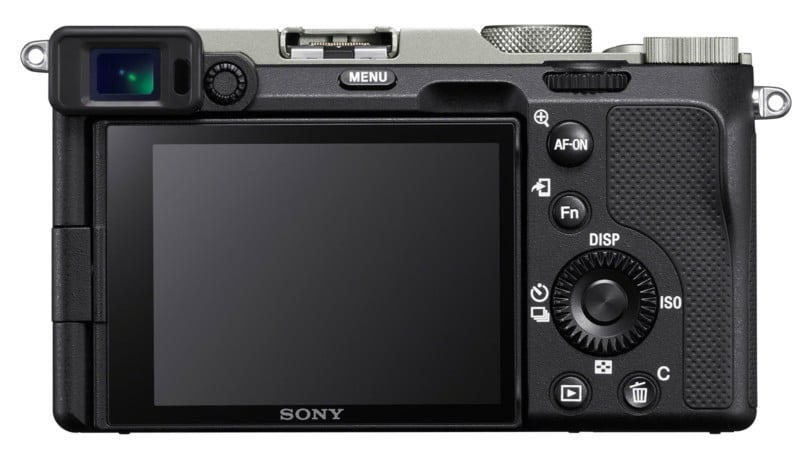 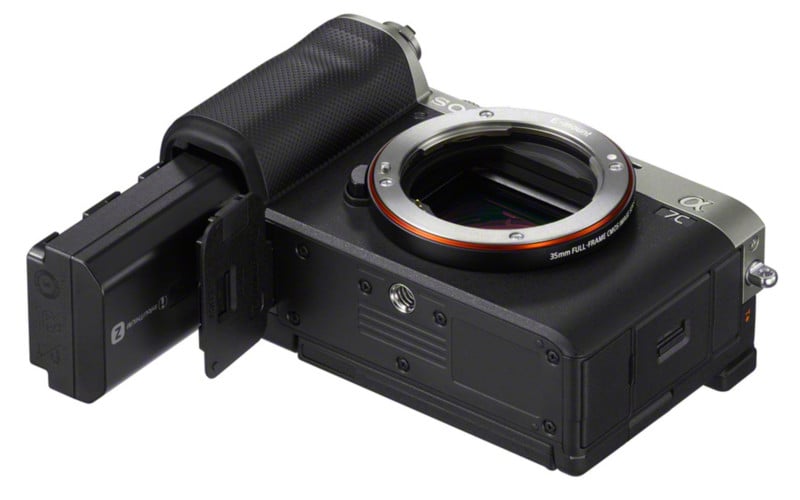 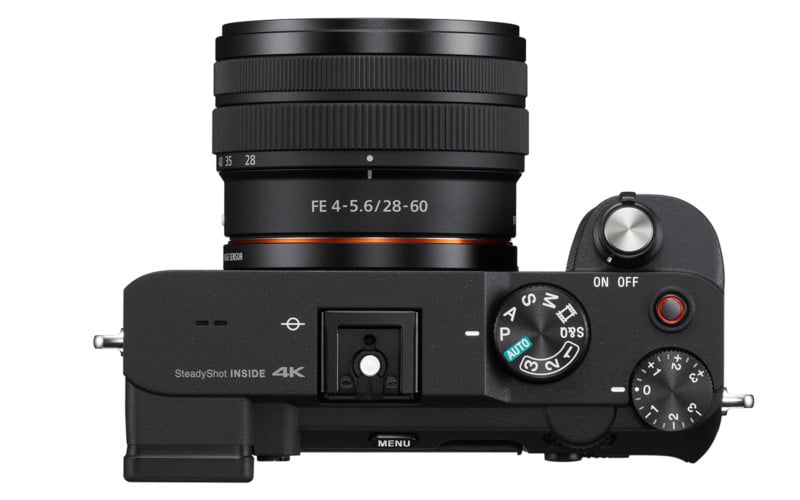 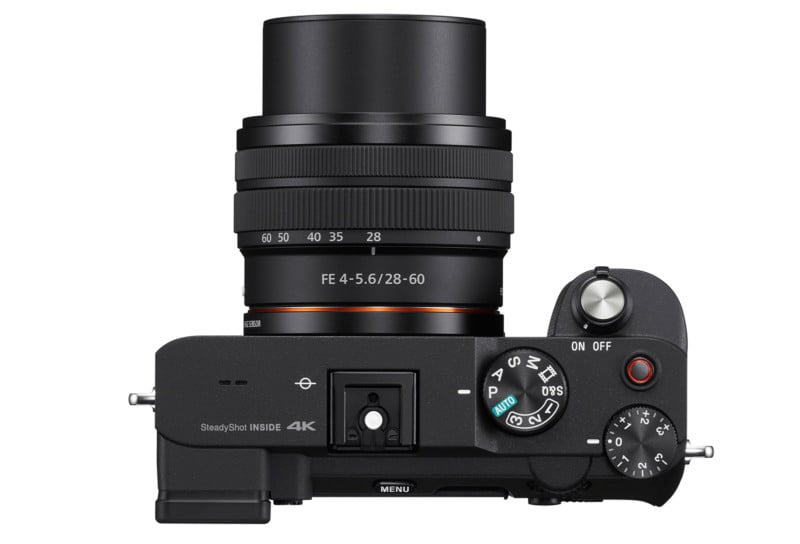 Finally, the last bit of news from Sony today was the announcement of the compact HVL-F28RM flash. The flash is (surprise) smaller and lighter than its predecessor, and features the ability to link flash intensity to the camera’s face detection when using a compatible camera.

You can see a quick intro to the new flash unit below:

To learn more about the new full-frame mirrorless camera and the tiny lens, check out the hands-on first impressions video below by Adorama, or read their official first look at this link.