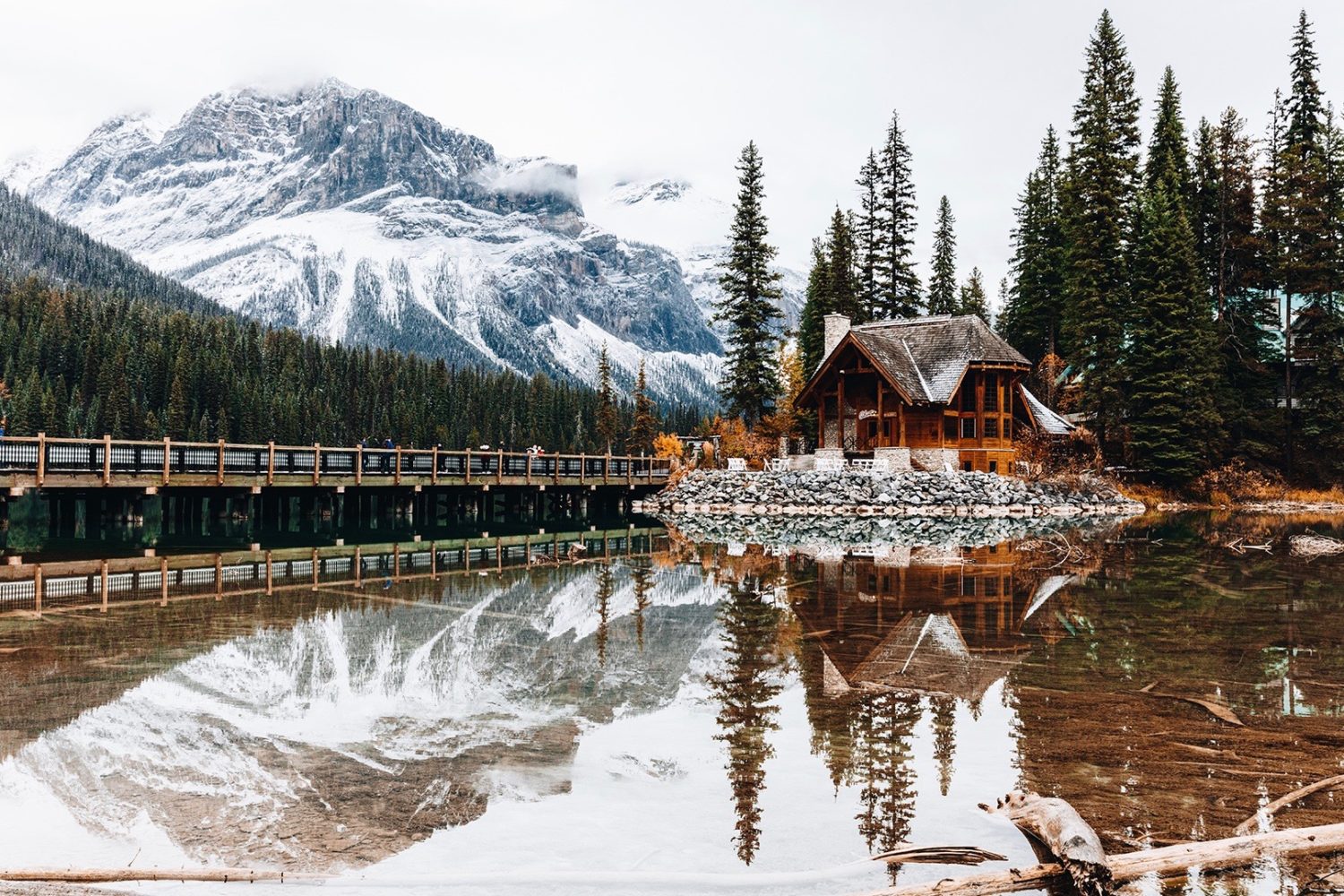 In 1867, the photographer Timothy O’Sullivan explored and documented the American West as part of the federal-funded Geological Exploration of the Fortieth Parallel.

His photographs, among others, were disseminated widely throughout the United States, and for the first time, ordinary citizens experienced the breathtaking beauty of these wild, pristine landscapes. Many packed up and took railway trips to see the sites in person—in some cases, they would search for the exact spots where their favorite photos had been taken. Since the invention of the camera, photographers have advocated for the preservation of wild places—Carleton Watkins (1829–1916) and Ansel Adams (1902-1984) both played a part in protecting Yosemite.

Great scenery photographers today do what they’ve done for more than a century and a half—they connect us with the natural world.

We interviewed 500px Ambassador Hayden Stinebaugh to learn more about the current state of landscape photography and its future. Along the way, he also shared some of his best tips for capturing unforgettable photos. 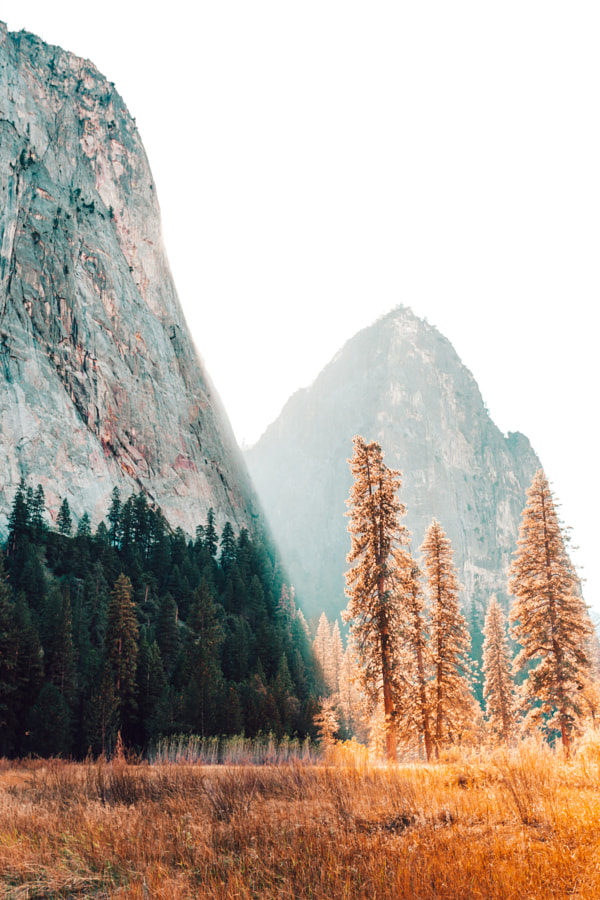 When working with a digital camera, Hayden says exposing for the highlights is essential. “I constantly see photos of stunning locations on Instagram with blown-out clouds and sky, or even worse, a fake sky,” he tells us.

Luckily, there’s an easy solution: “Either bracket your exposures or expose to keep the highlights in check. With the dynamic range of today’s digital cameras, it’s pretty easy to save your shadows in post, but you can’t get your highlights back.” Tip #1: “Anybody can take a photo of a beautiful location, and it will look ‘cool,’ but nailing a nice composition will give you the ‘wow’ factor. I always try to have multiple elements and layers in my landscape work. I like to have things in the foreground, middle-ground, and background to lead the eye through the image.” 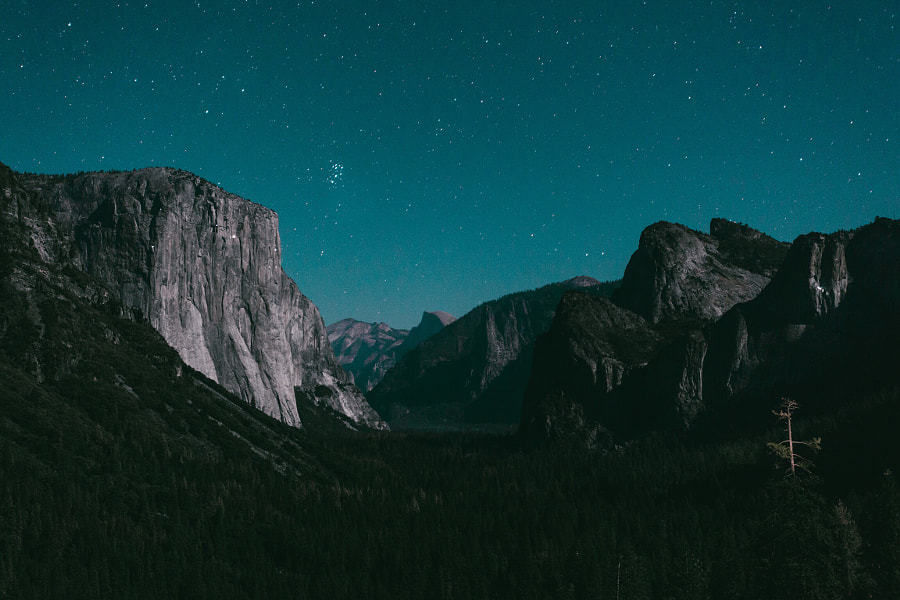 Unlike his 20th century counterparts, Hayden works in color, and he likes to keep his photos as natural as possible.

“I think in the beginning, when people are starting out with landscape photography, they tend to go crazy with outrageous edits—you know, the teal highlights and orange shadows,” he tells us. “The longer I have been photographing, the cleaner I have been going with my post-processing. The composition and lighting are extremely important, so you don’t want to put the work in with those elements, and then create this unrealistic world with out-of-control color editing contrast.” 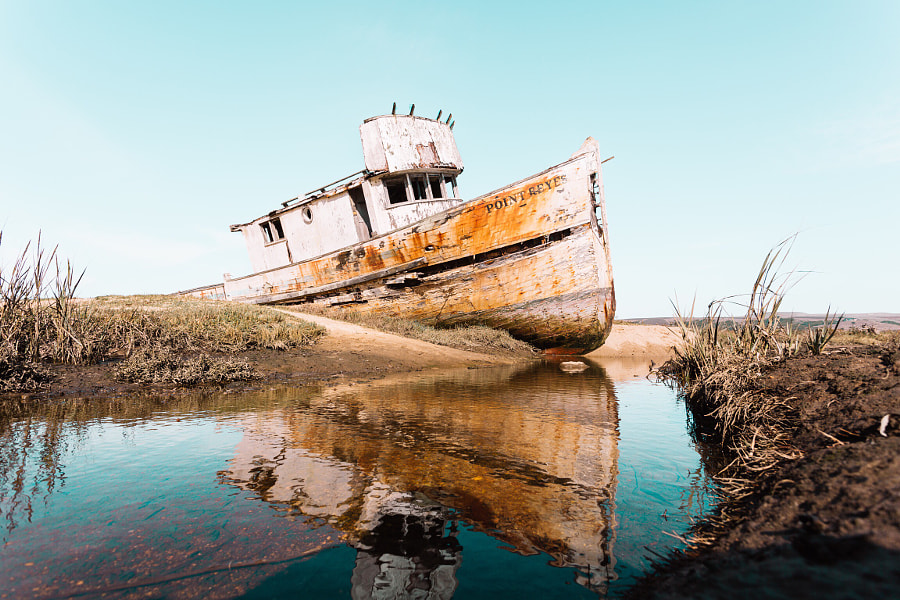 This movement towards realism in scenery photography isn’t limited to Hayden. In 2012, the winner of the Landscape Photographer of the Year contest lost his title because he’d added clouds and removed other details during post-processing.

The Photoshop debate might be new, but landscape photographers have spent a century exploring (and arguing over) original and creative ways to make their work stand out. 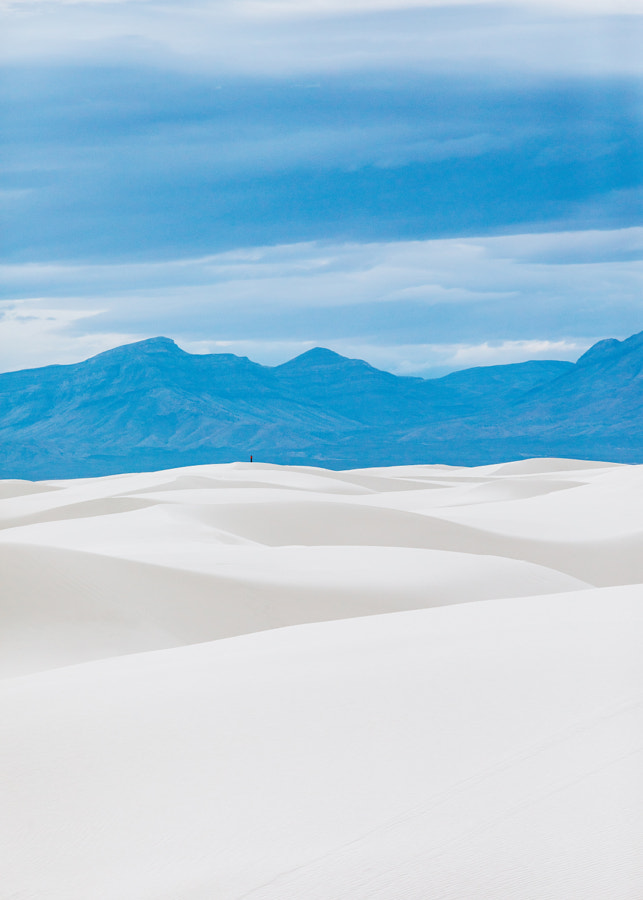 Tip #2: “Simple things like keeping subjects centered, or the rule of thirds, really helps make an image better. There’s nothing worse than an image with a crooked horizon line, a subject in a weird location within the scene, or a super distorted focal length.” In the early 20th century, many landscape photographers preferred pictures that resembled paintings; Moonlight: The Pond, with its soft focus and ethereal qualities, is perhaps the most famous example.

Edward Steichen, the artist, hand-colored this black and white image, adding blue tones to the nighttime scene. Some think he might have painted in the moon as well. On the other end of the spectrum, we find Edward Weston, Ansel Adams, and Imogen Cunningham, who largely did away with this dreamlike, atmospheric aesthetic. Instead, they advocated for sharp, crystal-clear images with a large depth of field.

They founded a group called Group f.64—named after the smallest aperture on their large-format view cameras. Weston used the ground glass on these cameras—similar to the viewfinders of today—to carefully compose his shots. He called this process “previsualization,” and he focused all his efforts on rendering the scene exactly as it was, in all its minute details. Tip #3: “I wish someone had taught me about using the sweet spot of my lenses’ focusing. I remember thinking I needed to shoot everything at F16, when in reality F8-F11 are usually a better spot to be for my gear. Nowadays I shoot everything on a tripod if my shutter speed is going to be anywhere below 1/125. I used to just shoot hand-held in low light and had so many soft/blurry images.”

As scenery photography has undergone dramatic shifts, the one thing that has remained largely the same is a sense of curiosity.

The American West has been mapped, but landscape photographers working in 2019 are still motivated by an interest and passion reminiscent of O’Sullivan and his fellow explorers.

When Hayden traveled to Northwest Iceland with his friends, he had a specific destination in mind. A tornado hit, but instead of staying in, he ventured outside, drove through the storm, and reached the spot. “I always go to shoot something, even if I think it’s a waste of time,” he admits. “Most of the time, it turns out to be worth it.” Tip #4: “One thing I’ve been doing more lately is using my iPad with the Canon Camera Connect app. It allows me to see my scene better, see my exposure better, and shoot without touching the camera. It’s like shooting tethered but with no wires—very handy out in the field.”

We’ve touched on the rich heritage of landscape photographers as conservationists, but there’s also a darker side to the industry.

Mass tourism is a threat to the environment, as are photographers who work without regard for the landscape. In 2001, for example, a photographer made headlines when he was charged with setting fires in national parks for “dramatic effect.”

By 2015, journalists were lamenting the rise of the “Instagram Hiker”—a subset of photographers who put wild flora and fauna, and themselves, in danger for the sake of a photo. 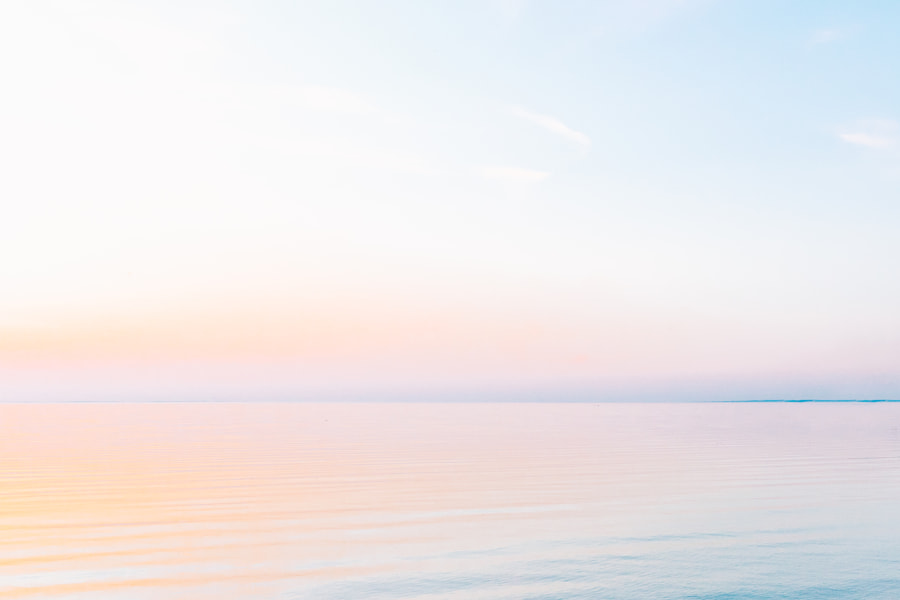 “I think the main change in landscape photography over the recent years has been Instagram,” Hayden tells us. “People just chase ‘likes’ and fame, without an actual interest in some of these places.” There will always be room for more stunning vistas, but perhaps the future of landscape photography also lies in coming to terms with the vulnerability of some of these places. “I was recently in Glacier National Park in Montana, and I saw the aftermath of forest fires,” Hayden tells us. “I ended up photographing some beautiful images of it, but they were a sad reminder of the dangers forests can face.”

Ultimately, the experience made Hayden even more aware of how he interacts with the environment. His pictures, like O’Sullivan’s, Watkin’s, and Weston’s, are timeless, but they also belong in the here and now. Our relationship with nature has transformed, and as always, landscape photography has changed right along with it.