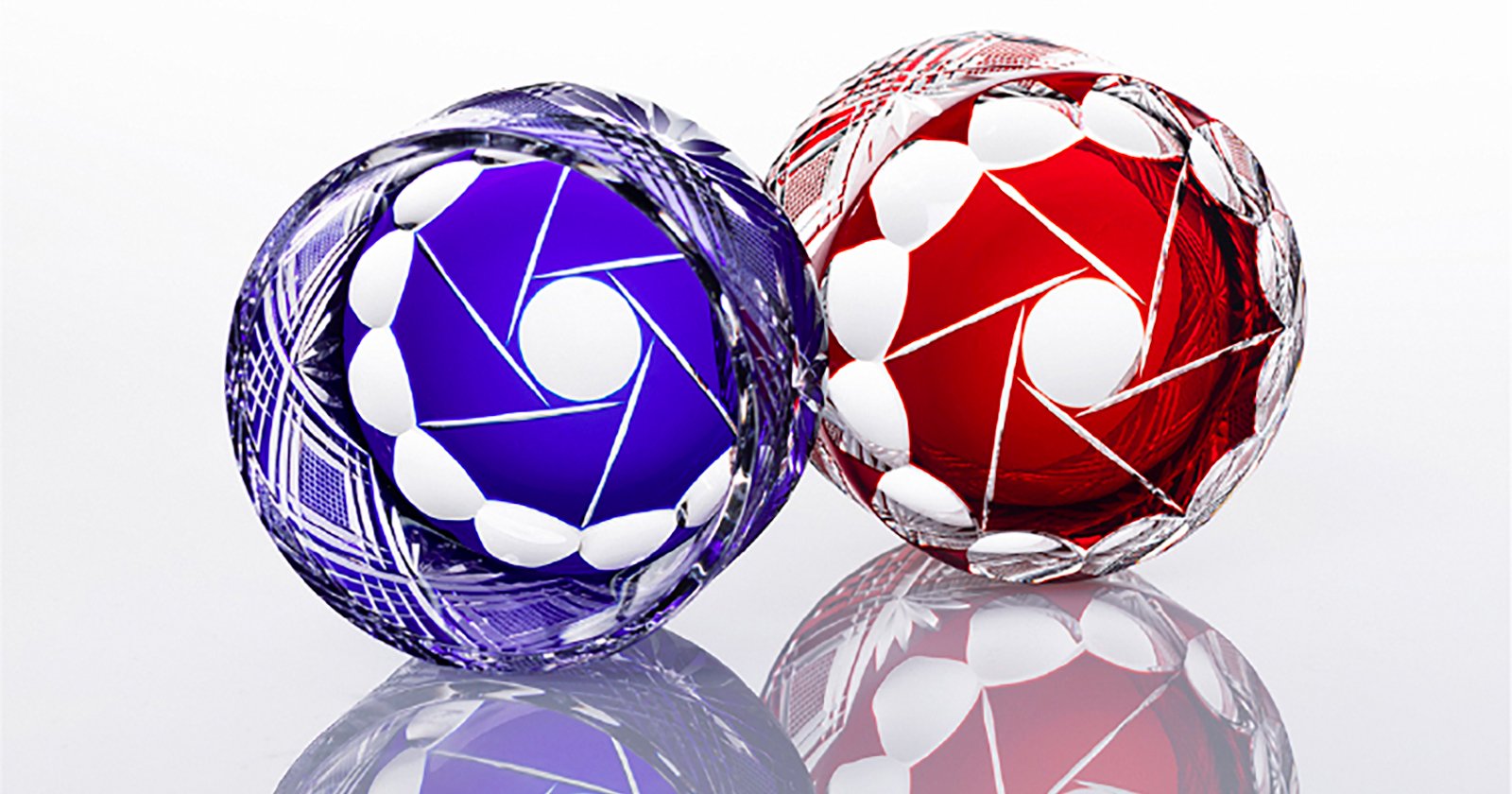 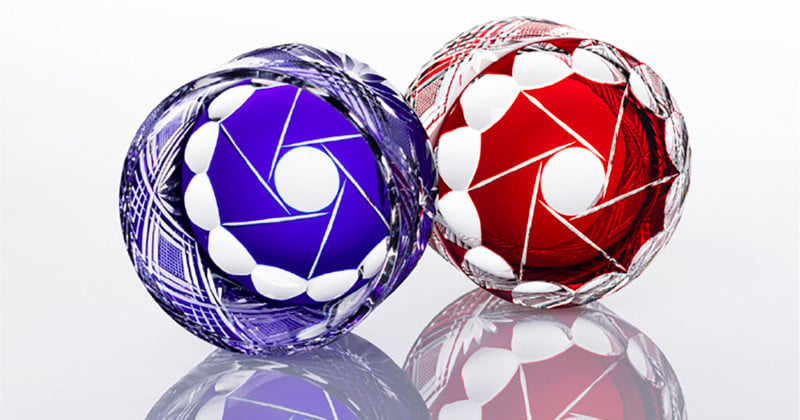 Canon has partnered with a Japanese craftswoman to produce drinking glasses that are designed to look or feel like using the company’s lenses. There are three sets being produced: one modeled after the look of lenses, one after how light interacts with them, the other modeled after the sound of a shutter.

Canon is working with the young and talented artisan Noriyu Yamada who works for glass studio Saihou. The glasses are hand-crafted using a technique called Kiriko and are designed not only to be beautiful to behold but to elicit a visual or tactile response to those who shoot with Canon.

For example, in the above design, you can clearly tell it was made with the idea of an aperture and how it captures light. But in the example below, the pattern is called “Sasaha” and is designed to be a visual representation of the sound of a shutter.

And in this one, the pattern is called “roe” and is designed to mimic the feel of the dial in your hand: 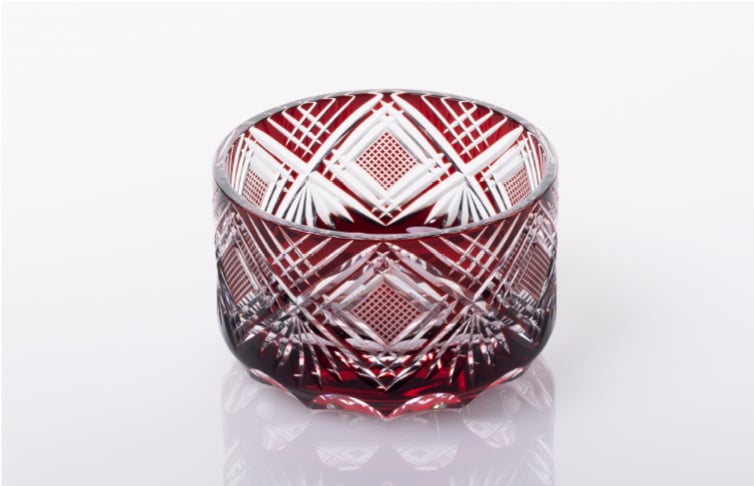 If you want to “imagine the beautiful appearance of a clear lens that is not eroded by anything,” then the designs below are for you: 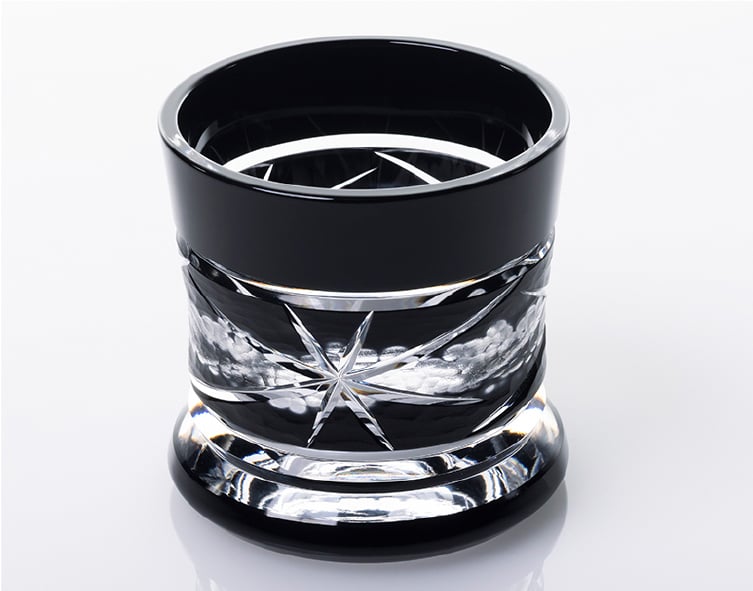 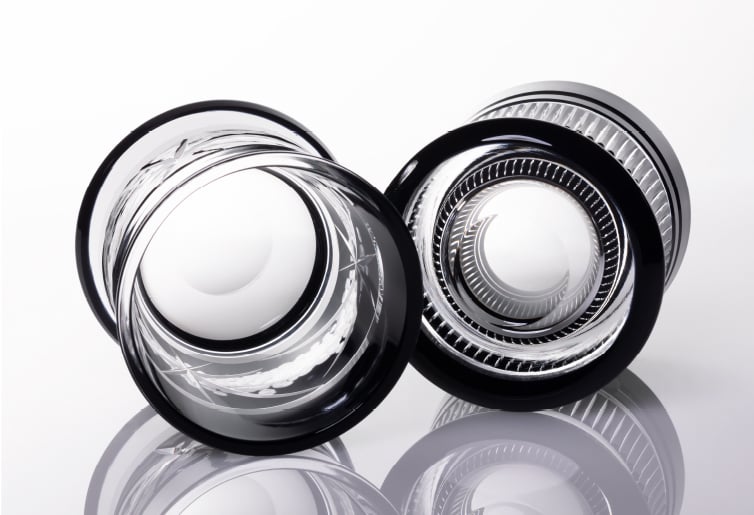 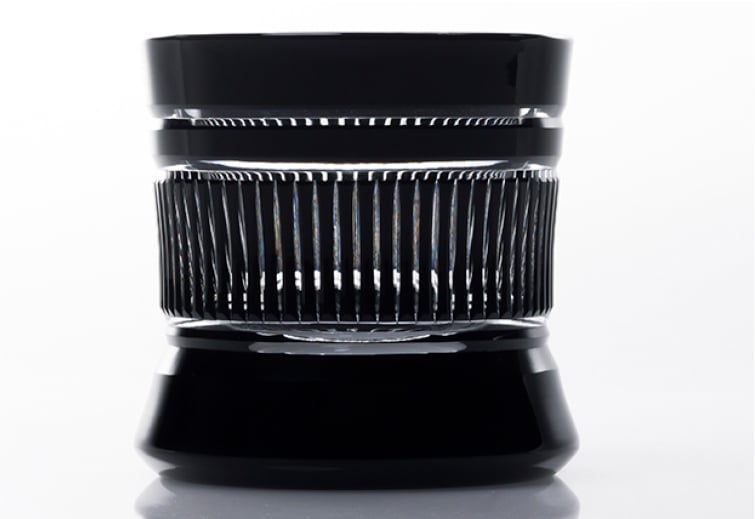 Edo Kiriko is a uniquely Japanese tradition of hand-cutting patterns into glass that produces spectacular light reflections depending on how the glass is held or the angle at which it is viewed. It was developed during the final years of the Edo period and faithful reproductions of the style are still made today.

According to the description of these Canon glasses, the pattern of Edo Kiriko is not just a design, but each cut is a “flow line of light” and the expression of light from both entry and exit is carefully considered by the artisan while it is being produced. “Some conditions are set to use the name ‘Edo Kiriko’ and one of them is ‘handmade by craftsmen’ because Edo Kiriko emphasizes the sensibility of such craftsmen.”

In the video below, you can see how those hand-cut patterns are made:

The glasses will be available to purchase by the end of December and will be priced between 13,000 yen ($123) and 18,000 yen ($170) depending on the chosen pattern. You can sign up to be notified when the glasses become available for sale here.