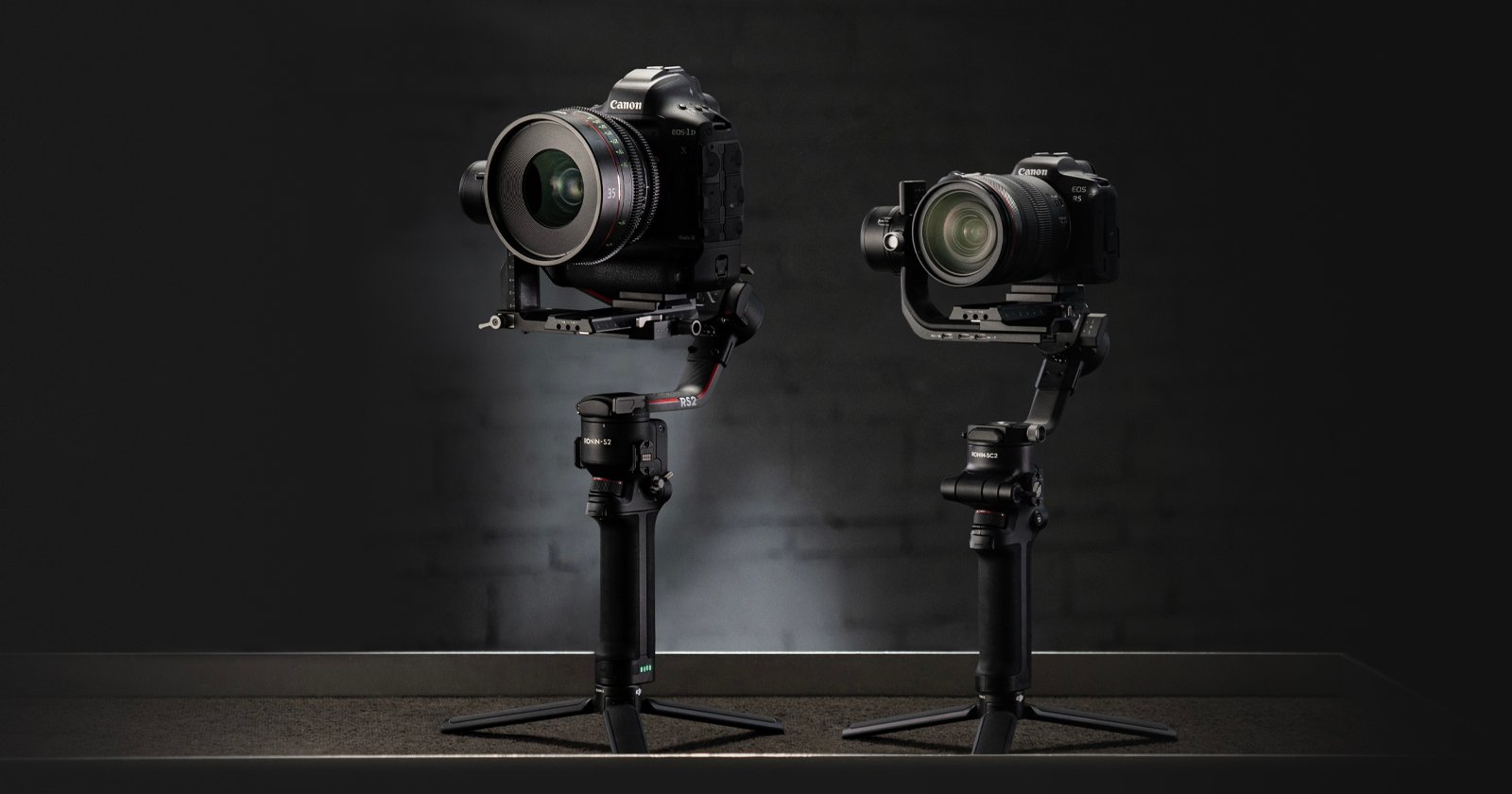 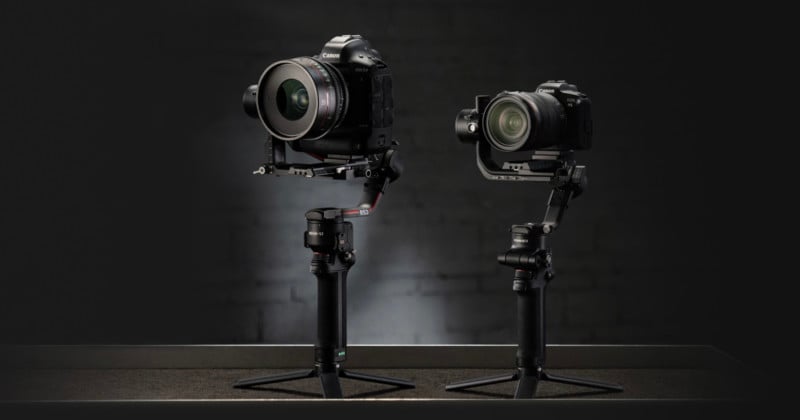 DJI has rebranded the popular Ronin series of gimbals by truncating the line’s name down to just the “R” with the announcement of the RS 2 and RSC 2 gimbals. The decision to shrink down the name mimics the smaller and lighter design of the two new systems.

DJI says that the Ronin line has been reimagined and redesigned with the two different models, the RS 2 and RSC 2, appealing to two different types of filmmaker. The DJI RS 2 is larger and designed for heavier camera systems such as DSLR and compact cinema cameras, while the DJI RSC 2 was created to be more portable, meeting the needs of mirrorless and compact camera operators.

Made for larger cameras, the RS 2 can handle heavier rigs but still sheds some pounds compared to its predecessors. The RS 2 incorporates carbon fiber into the frame to reduce the weight of the gimbal to just 2.86 pounds. It also supports a payload of up to 10 pounds while still operating for up to 12 hours on one battery. It also has a new quick-charge feature incorporated directly into the handle that will give you two hours of use after just 15 minutes of charge. 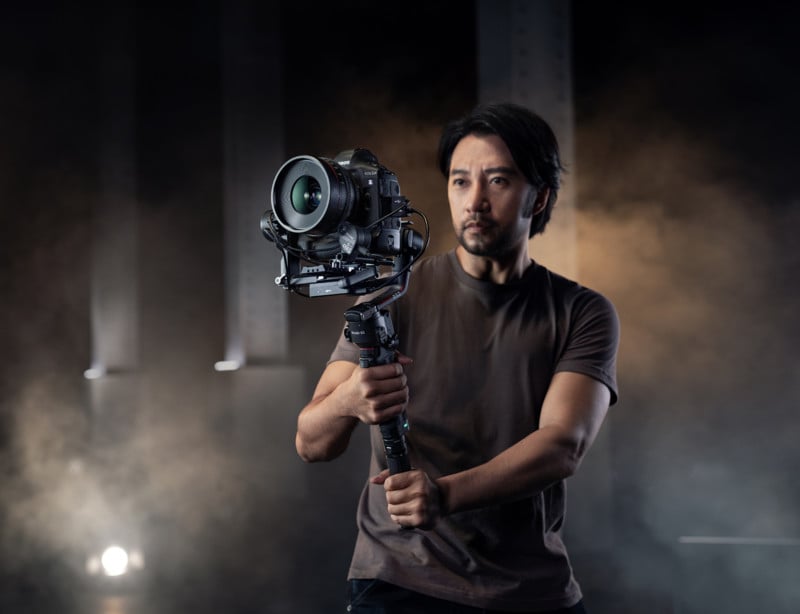 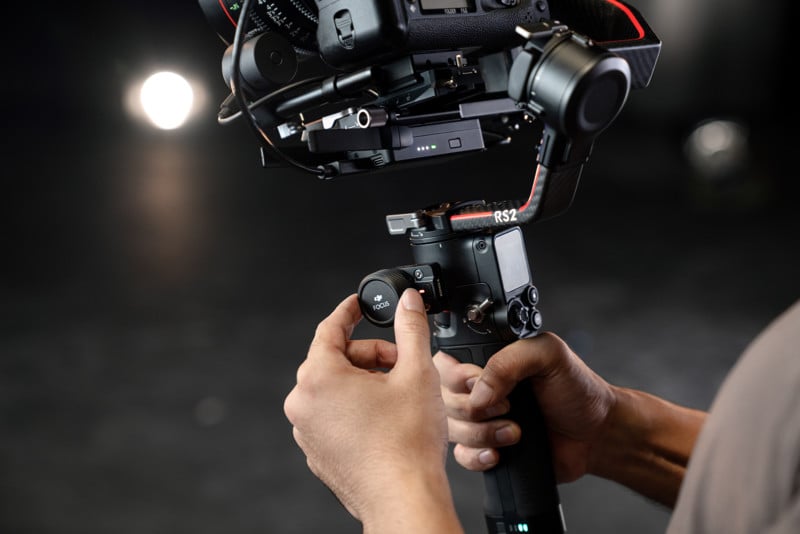 DJI says that it optimized the company’s Titan Stabilization Algorithm to reduce the need for manual user input while compensating for user movement and optimizing the gimbal tilt and angle. There is also a new SuperSmooth mode that supposedly provides more camera stability, especially when using longer focal length lenses of up to 100mm.

Axis locks enable easier transportation and balancing, while a dual-layer camera mounting plate is compatible with both the Arca-Swiss and Manfrotto standard. A fine-tune balancing knob allows for even more precise balancing of the camera payload. The built-in 1.4-inch color touchscreen can display camera data, gimbal settings, or a live feed from the camera. Supporting 11 different languages, the ultra-bright screen can also initiate key functions such as ActiveTrack and intelligent shooting modes. The built-in front dial above the trigger allows for precise focus control and complements a DJI Focus Wheel mounted on the RSA port to create two-channel focus and zoom. 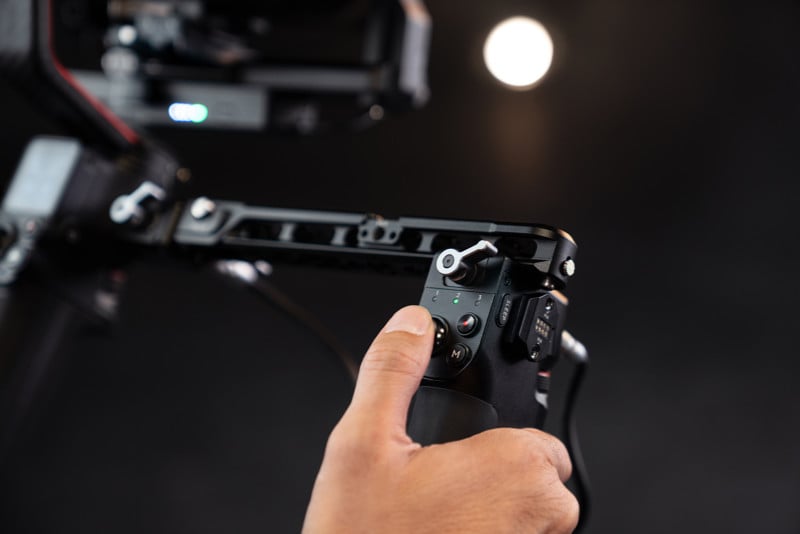 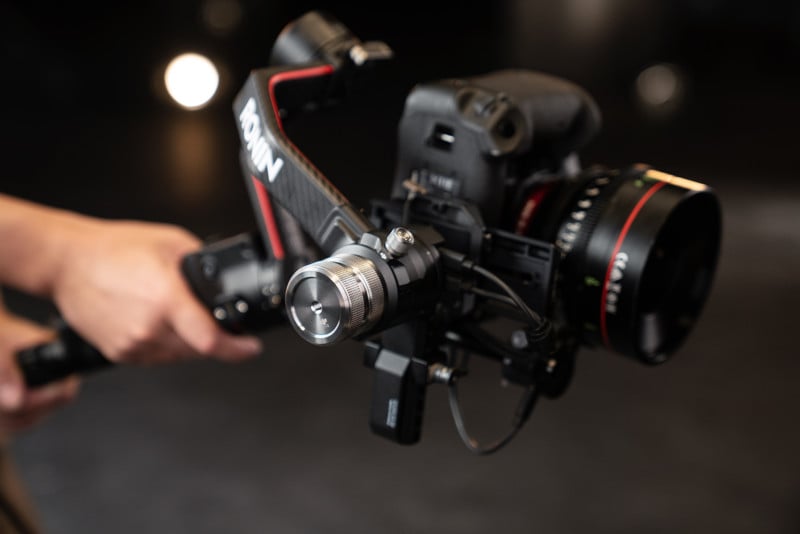 DJI RS 2 also can also be attached and used with other systems such as jibs, car attachments, and sliders. Two RSA ports double as NATO ports so that users can mount accessories and attachments such as grips and a remote controller.

The “C” likely stands for “compact” as the RSC 2 is the smaller of the two new gimbals. It has a tested payload of up to 6.6 pounds which should cover most mirrorless cameras, even the rather weighty Panasonic S1H with the 24-70mm f/2.8 lens. It’s portable and foldable, design decisions taken to make it easy to transport, but also work to allow for unusual formations like vertical filming without additional accessories, as well as a new Briefcase mode, where the main gimbal arm can be loosened and slung forward to provide lower shooting angles. 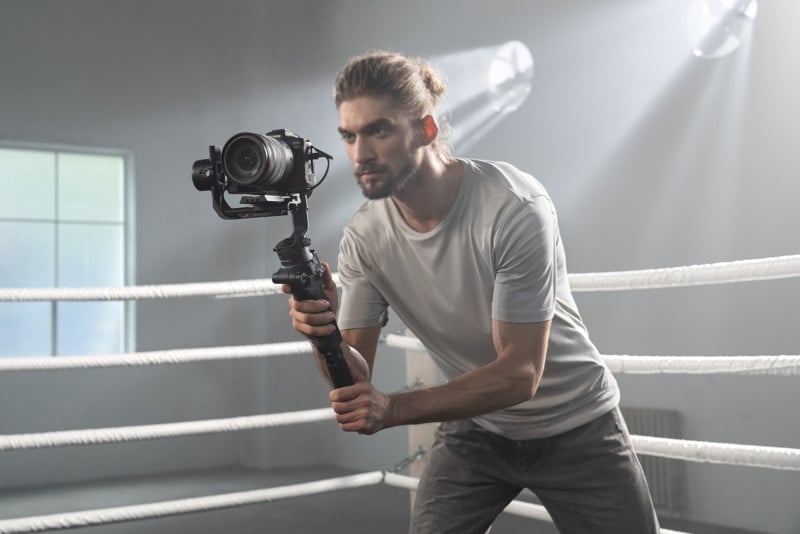 Unlike the RS 2, the RSC 2 doesn’t use any carbon fiber parts and even though it is notably smaller, it only weighs a bit less at 2.65 pounds. That said, it is 35% lighter than the original Ronin-S. It does, however, share the same Tital Stabilization Algorithm and 12 hours of battery life with the 15-minute quick-charge feature integrated into the handle. It also offers the same Axis locks and mounting plate, but has a slightly smaller 1-inch OLED screen to display camera data and adjust settings. 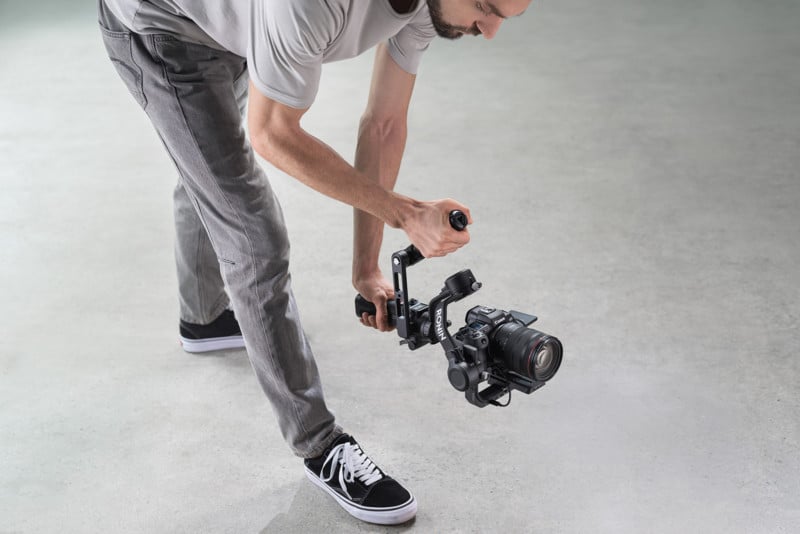 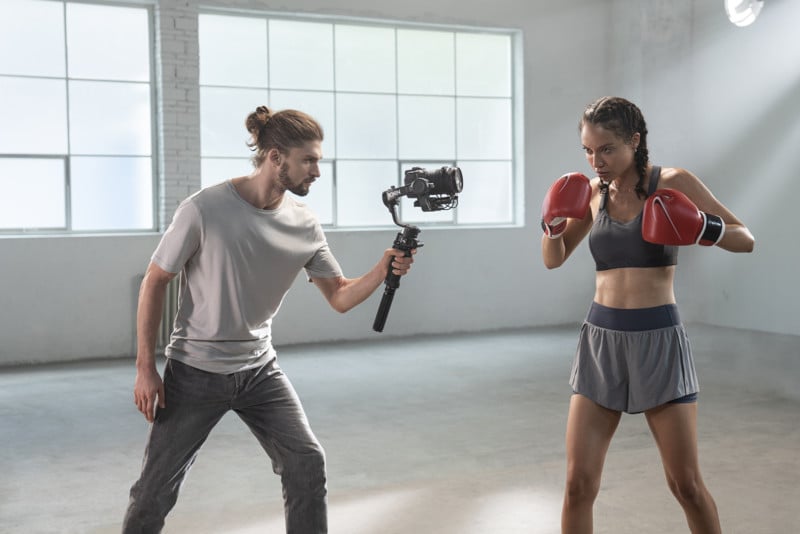 DJI has noted that it has a folded footprint that is the same size as a sheet of A5 legal paper, which in itself is a strong visual that emphasizes the compact nature of the gimbal.