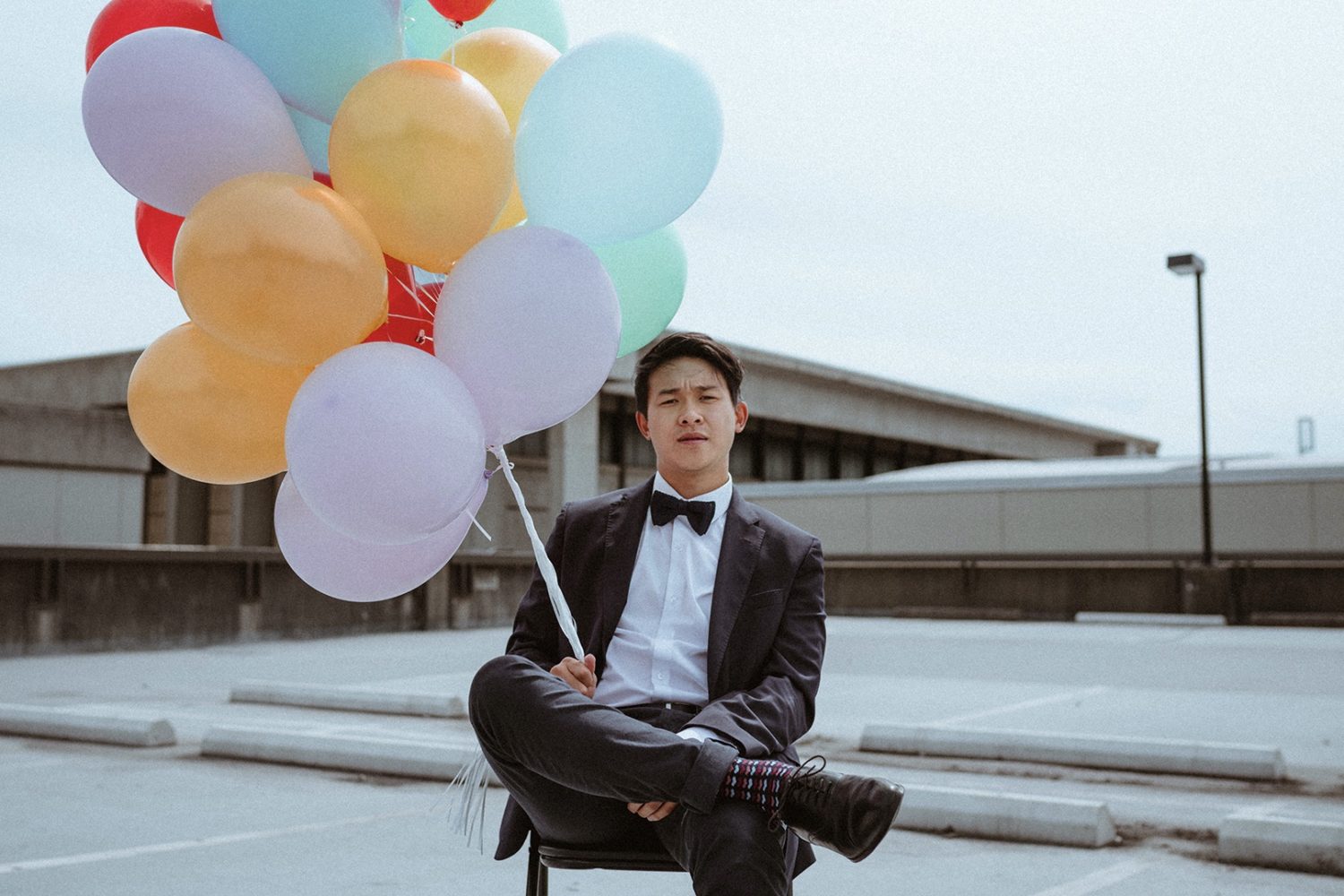 Marvin Herrera is a Licensing Contributor originally from Los Angeles, California, now based out of Vancouver, British Columbia. Marvin’s portfolio focuses on colorful, moody, and expressive portraits, blending creative props, settings, and often shot on film to build a sense of nostalgia. 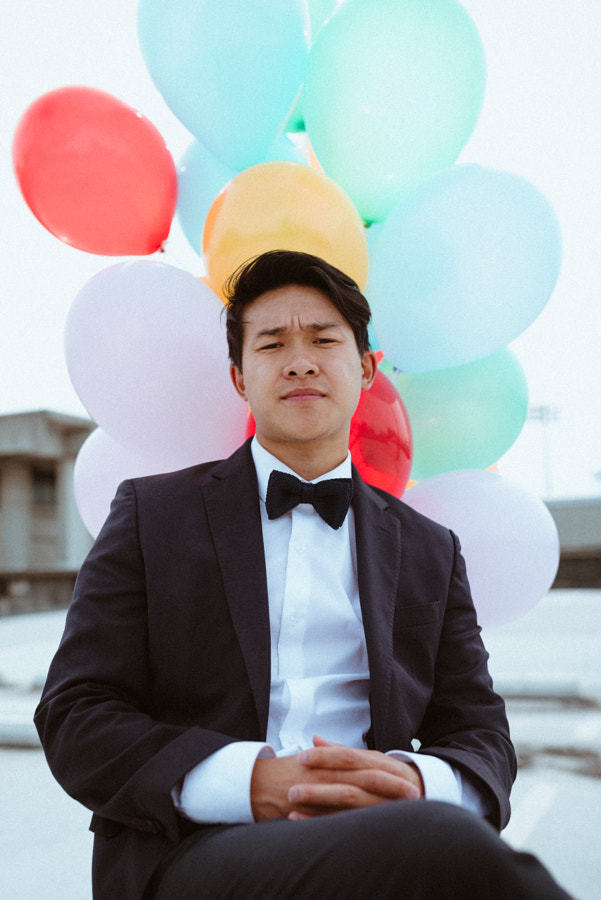 Q: Marvin, tell us a bit about your first camera.

A: My first digital camera was a Pentax K-r, it was a cheap little crop sensor camera that could barely shoot past 400 iso without looking like someone sandblasted the entire photo. I eventually upgraded to the Pentax K-1 because of its low-light capabilities due to its Sony sensor, and haven’t turned back. My K-1 is my baby, and I’ll be taking it to my grave. It’s an incredibly sturdy, versatile camera that can handle any situation or field. For film, I have a Pentax Spotmatic, which I shoot almost all my film projects on. 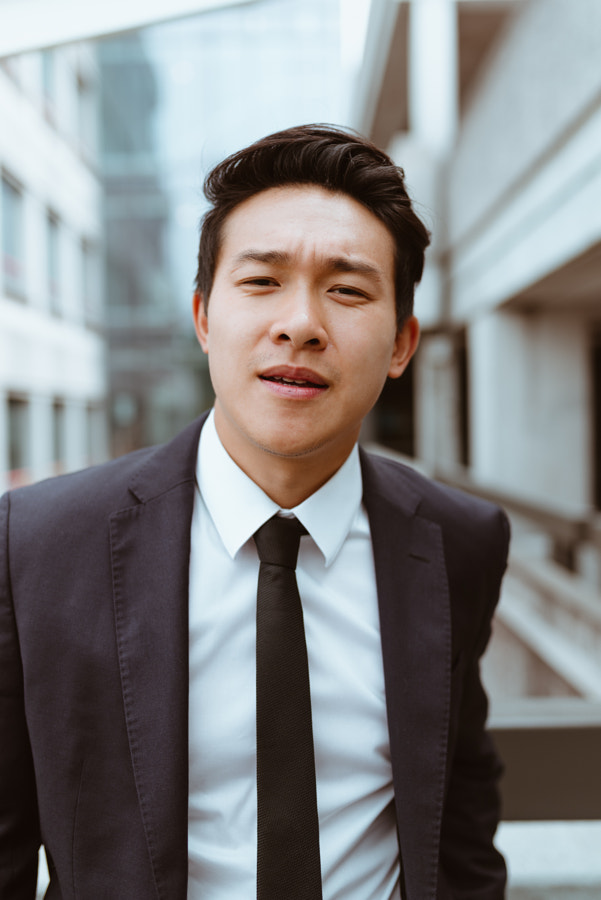 Q: How do you compare the creative communities of Los Angeles and Vancouver?

A: They are quite different—most specializations are similar, like fashion, but once you delve into Fine Art, Film Photography, or Portrait in general, Los Angeles outshines by quite a bit. Vancouver, however, has established its own personal niche for Wedding & Lifestyle photographers, at least in my opinion.

For any readers, don’t take this the wrong way, we have to keep in mind the size and how LA developed in comparison to Vancouver, and in no way does that mean that there aren’t some incredibly unique and talented photographers in Vancouver. Sometimes being less populated means you can have an easier time picking them out from the rough. 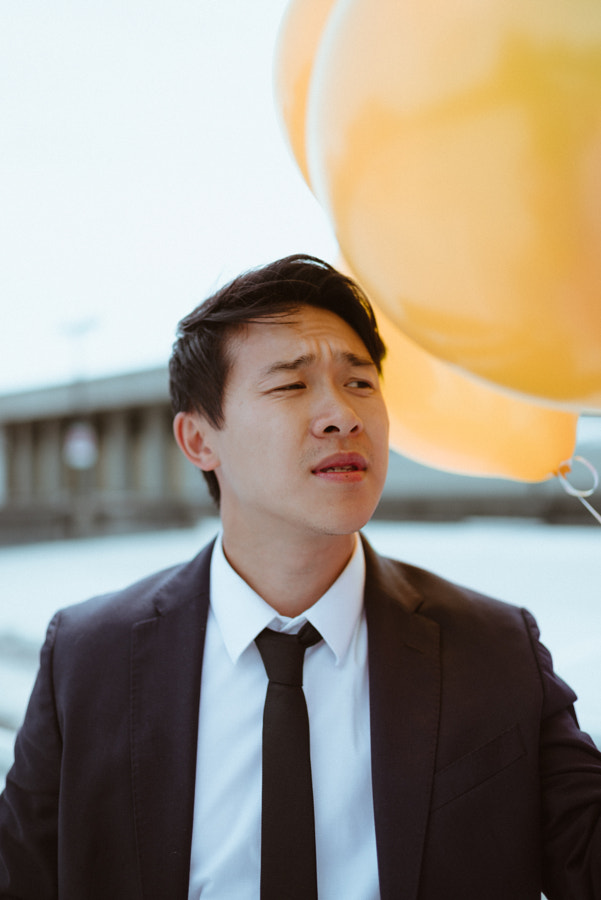 Q: You’re a self-described film aficionado, is there a Director of Photography or particular film’s cinematography that you feel inspired by?

A: For a while, I was obsessed with Robert Yeoman and his work with Wes Anderson. To be honest, when I first started, I based a lot of my wedding working on his composition, and that alone helped mold my style to this day, it’s one of the reasons why I only shoot with a single wide-angle lens as well.

Notable mentions are Jordan Cronenweth and his work for Blade Runner—a lot of people try to recreate his stills, including myself. Pierre Aim for La Haine, an emotionally driven film that focused on lots of close-ups of its characters’ hardships, really inspired me in my teenage years to want to be a part of a field that involved movies or photography. 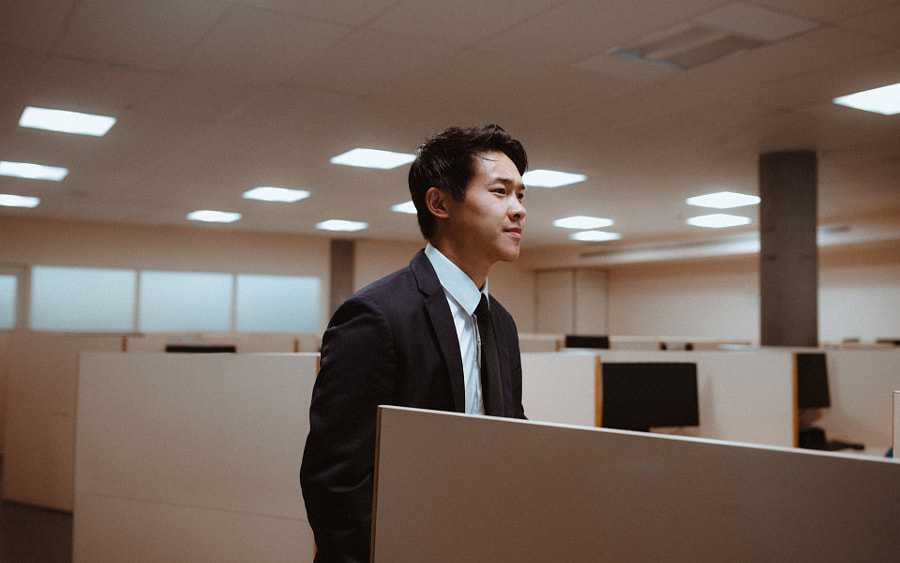 Q: Working regularly with both film and digital, what would you consider the best qualities of each medium?

Digital’s best qualities are its flexibility, I can overshoot, I can plan for mistakes, I can shoot when it’s really bright, and I can shoot when it’s pitch dark. Depending on the camera, it can get wet, it can take a bump or two—the possibilities are endless, but it’s more for the reassurance that the chances of failing are low to none.

Film is different, film can be unpredictable, and your next shot can be completely different from the last because of the slightest bit of sunlight. I love film for that reason, it’s much more raw and untamed. One of the things I appreciate the most about it is that you can plan your perfect shot of a subject, you’ll meter correctly for your lighting, take your shot, and realize there is a massive burn on the side of the photo and you forgot to focus correctly. Now you have a photo that you’ll never be able to correct or re-create the same ever again, and that in itself makes it beautiful because you just accidentally created art. I take advantage of film for that reason, for personal work, and I invest in tools that are most likely to fail me rather than work well for me.

I already have a digital camera that takes incredibly sharp photos and can shoot in the dark, why not invest in something that has a habit of causing lens flares or film burns? Sometimes someone’s or something’s worst qualities can also be their best qualities. 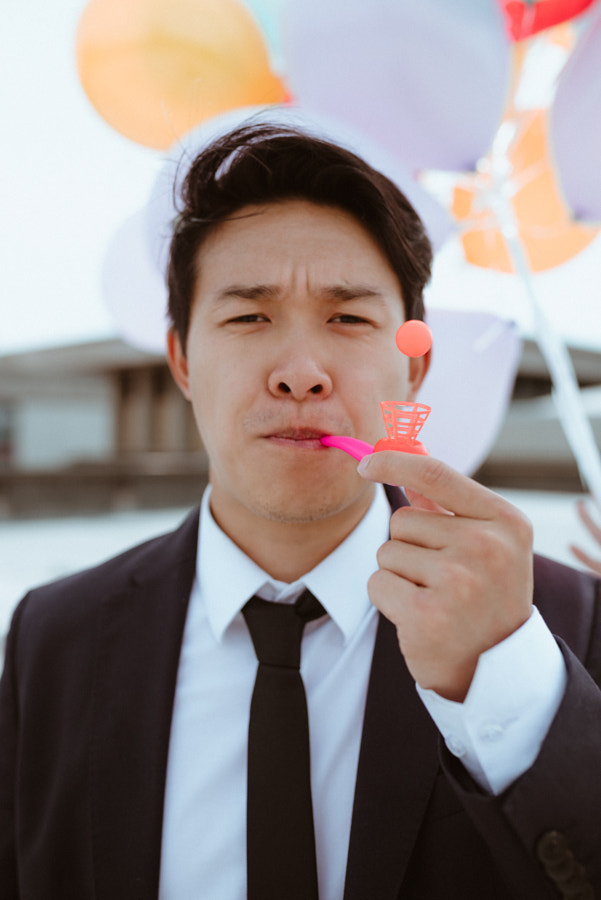 Q: Is there a dream camera, lens, or other piece of gear you would love to add to your collection?

A: I’m a pack light kinda guy. I like to utilize the least amount of tools that I can, so the less the better. My K-1 alone weighs about 7-8 pounds with a lens on, which is hard on the wrist during a wedding and can be clunky for any night street shots, so carrying any extra weight is a big nope for me.

However, if I had the money, I’d love to have any modern Sony A system for their sizes and video capabilities. For film, Shanghai Seagull, or any well taken care of high-end Mamiya, would be nice. 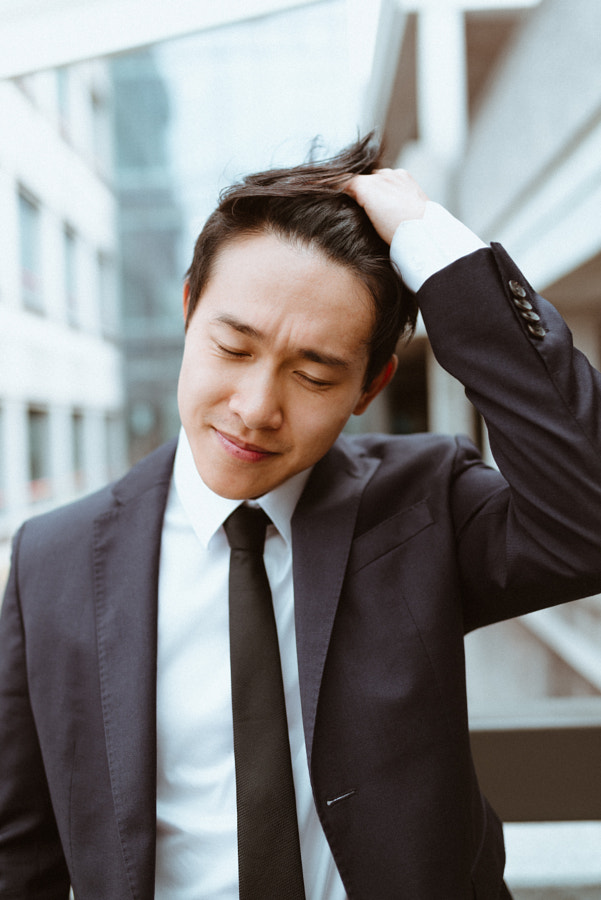 Q: What do you see as the biggest challenge in being a photographer today?

A: My brain. Everything is so saturated right now, no matter what field you are in. It’s hard to mentally keep up with some of the greats or someone that got Insta famous because of a good following.

I’m still in the process of letting go and making sure I do what’s best for me, whether it’s financially or artistically, rather than what’s best for your following. As much as I appreciate those who have supported me, and still support me, for what I do every day, at the end of the day I have to remember to choose myself and not them. 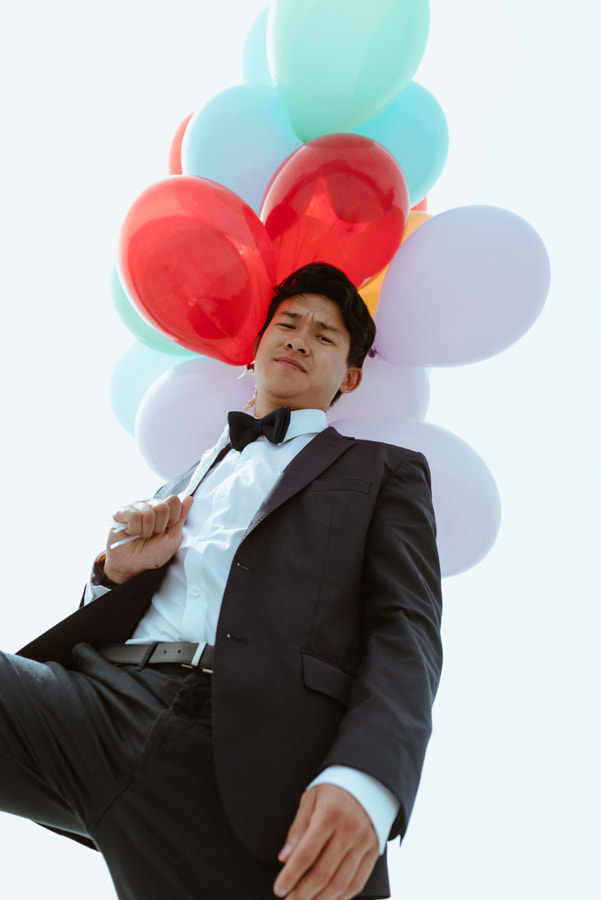 Q: Your portraits always capture great expressions and what feels like authentic moments from models. What are your top three tips for getting the most from your model?

One, communication is key, I usually let them know the mood or style I’m going for, I share my mood boards and talk wardrobe, and make sure the model is comfortable with it all while at the same time prioritizing their boundaries as well as your own. I’m very much a “go with the flow” kind of photographer, a lot of the time we throw almost everything out the window and just go with how we feel as a whole, which does an amazing job at allowing us to be free with expressions. This idea stems from my jazz studies back in my college days in LA, you come in with an idea, but you improvise something completely different that’s still relevant and along the lines of what you wanted. I hope that makes sense.

Tip two is to know that sometimes you can just let go and be free with it.

Tip three is to plan for mistakes. Acknowledging that things can go wrong really does help with taking pressure off you or the model, any sort of negative energy can have a massive impact on your shoot, so make sure you take advantage of, and embrace, those moments where the shot didn’t work because it was to grainy, not in focus, or there was too much motion blur. Sometimes our worst work is our best work. 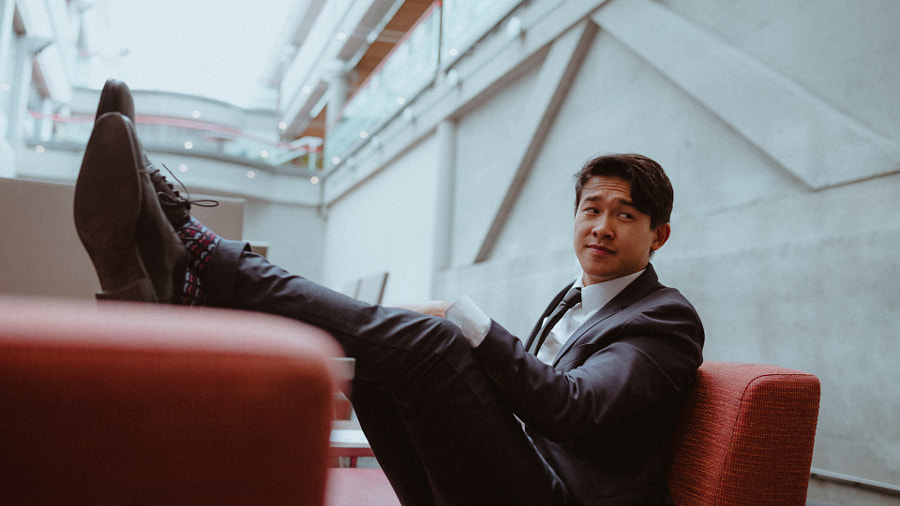 Q: What is an aspect of your creative process that you would like to see yourself improve upon?

A: More consistency in my style, maybe? As I mentioned before, I am too free with some of my work. Sometimes, when reflecting on my portfolio, I feel some photos are out of place, while with others, you can tell it is my work. I’d like to think someday someone can stumble upon a random photo and say, “Yep, that’s him,” but at the same time, I also think that maybe my abstract method of being inconsistent is more me than anything. Maybe less overthinking would be a massive improvement.

Q: What is something within the photography community that you would like to see change over the next year?

A: I would like to see a resurrection in the film photography community. Even though 500px, and other websites, have a film section, a lot of the time, I notice it being pushed to a corner.

Companies like Kodak, Fujifilm, Cinestill, etc., have been doing an amazing job at rehabilitating the community, and I’ve even seen some amazing digital photographers switching to film.

A DP category would be interesting as well, seeing the work of some of the amazing directors of photography in the movie industry would shine some light on a job that’s so common but often forgotten about. 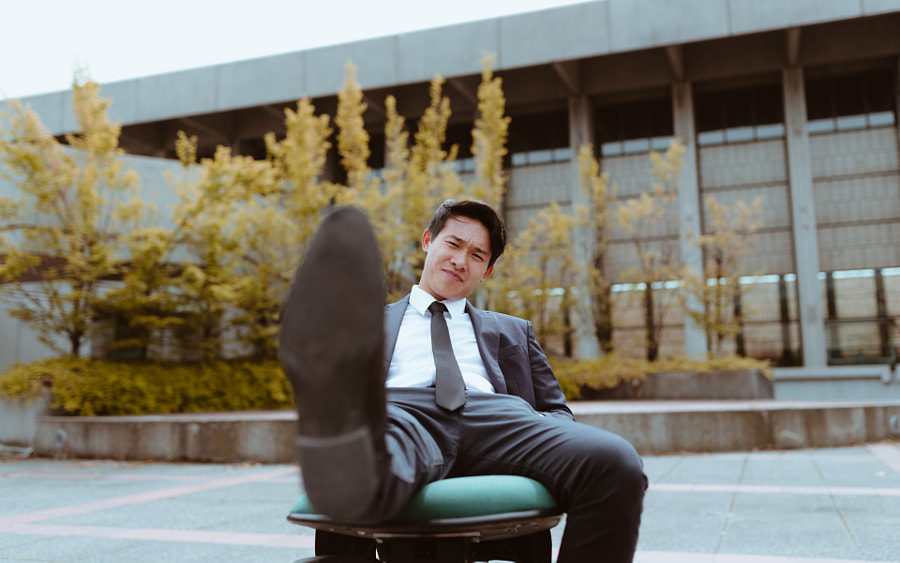 Q: Lastly, are there any photographers whose 500px Profile you would like to bring visibility to?

I’ve got three for you. Some you may know, some you may not: Victoria Iarlykova, Marina Sarycheva, and Timofey Petrov.