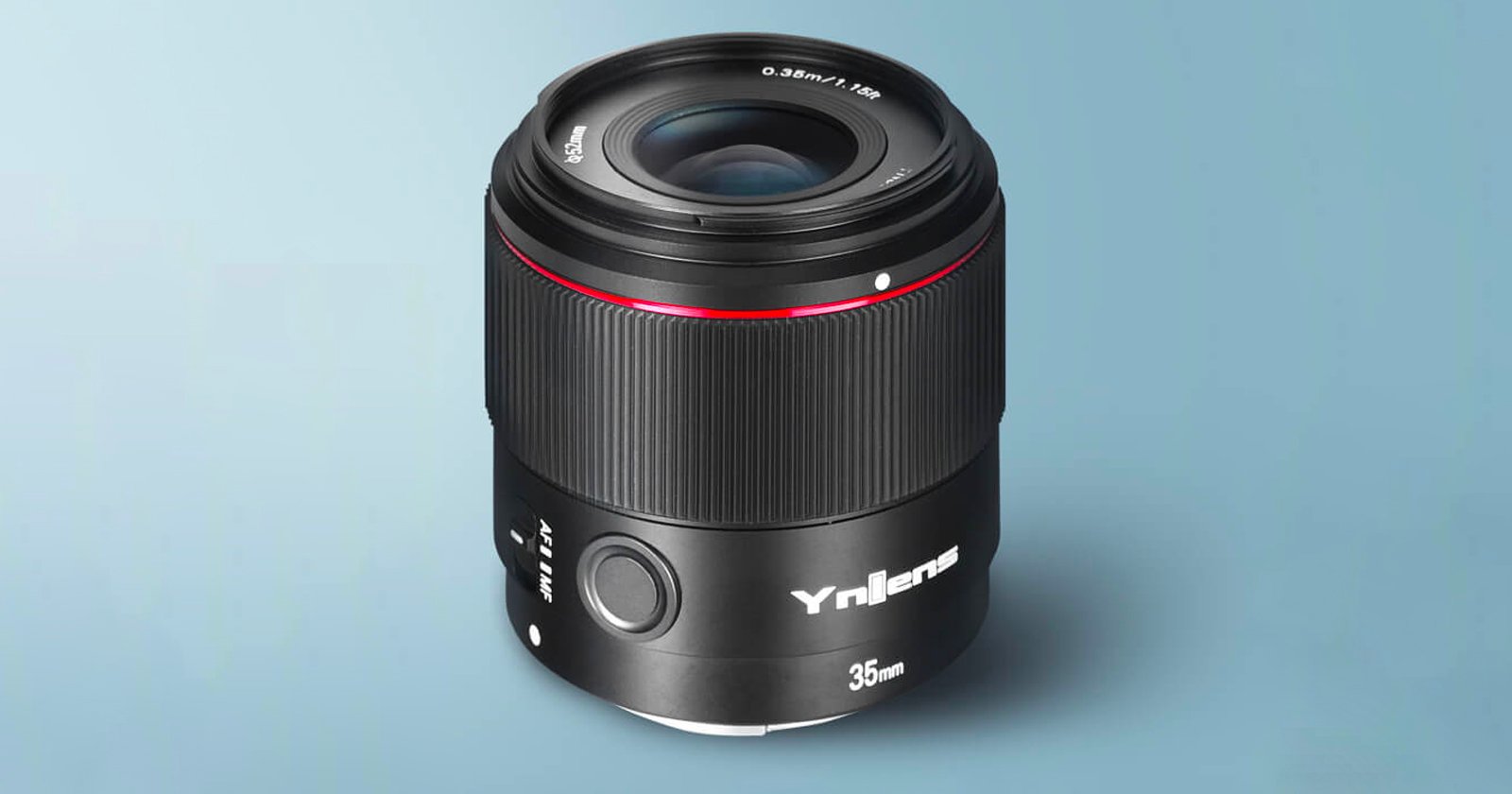 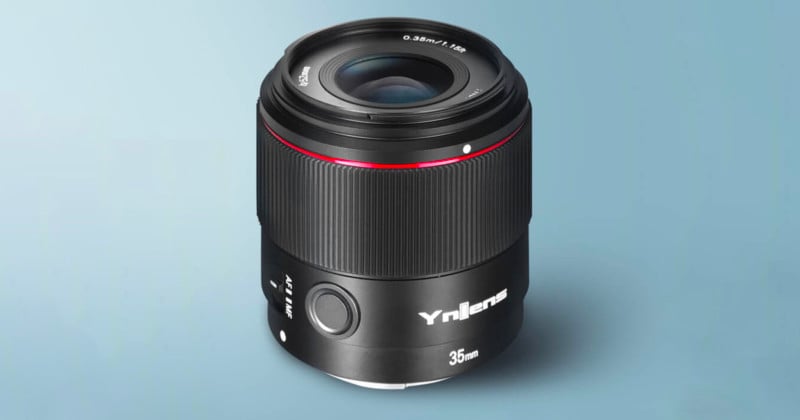 Yongnuo is no stranger to affordable alternatives to first-party products. What started with its cheap speedlight alternatives shifted to remarkably affordable mostly-plastic lenses, and the latest full-frame 35mm f/2 lens for Sony E-Mount is the latest in the company’s large library of options.

According to the product announcement, the YN35mm f/2S DF DSM was designed to work on full-frame E-mount camera bodies (but as DP Review mentions in its coverage, why Yongnuo chose to display the lens on an APS-C Sony camera is a mystery) to allow for “night scenes, street photography, food, and other subjects.” 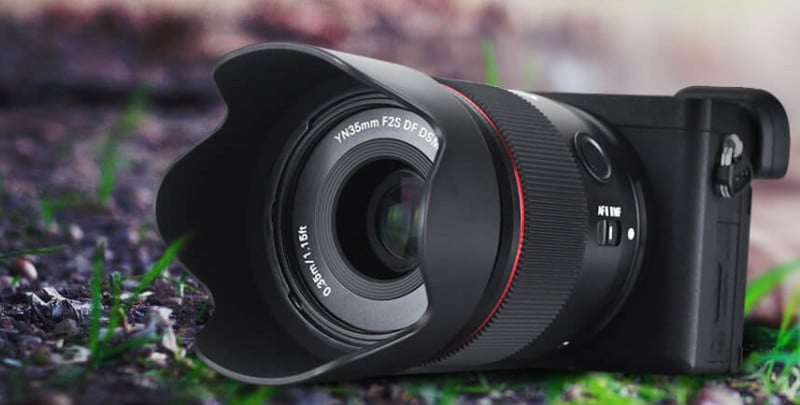 The lens features a function key (Fn) like many other first-party Sony lenses, which allows you to program a shortcut operation via the menu. The company states that in addition to being small and light – the latter benefit coming from the lens’ largely plastic construction – is a CNC stepping motor. Yongnuo says that compared to a traditional DC motor, the digital control stepping motor (DCM) has “high focusing accuracy, and quieter focusing action, which is suitable for photo shooting and video recording.” Seeing as modern Sony lenses are starting to incorporate a linear motor that offers very fast focusing speeds and near-silent operation, it’s nice to see Yongnuo attempting its own take on mimicking the performance of Sony’s more expensive options. How it compares in actual side-by-side performance is to be determined, however. 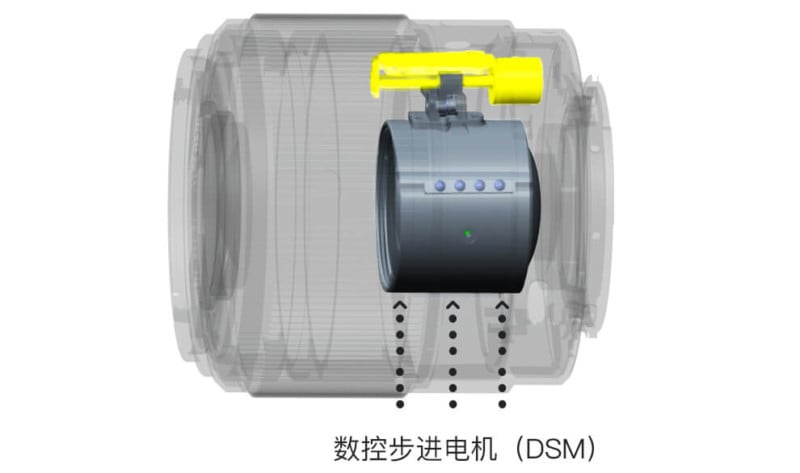 The 35mm f/2 features 9 lenses in 8 groups, a nano-multilayer coating to reduce ghosting and flare, one aspheric lens to reduce aberrations, a low dispersion lens, and a 7-bladed aperture. And while as mentioned the lens is mostly plastic in its construction, it does have metal bayonet mounts and gold-plated contacts that allow the lens to transmit autofocus, aperture control, and EXIF data to the camera. The lens also includes a USB-C port that is likely for firmware updates. 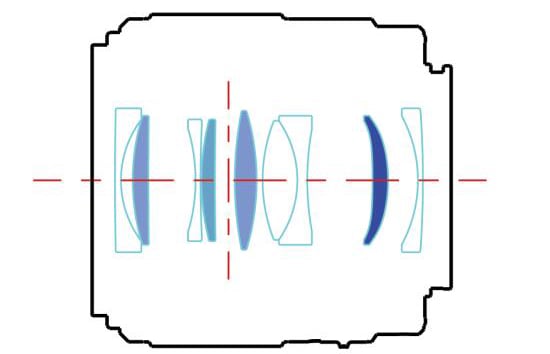 The product announcement does not state when the lens is set to be available nor its asking price, but based on other lenses of similar aperture speed and focal length, it wouldn’t be a surprise to see it listed for under $150. 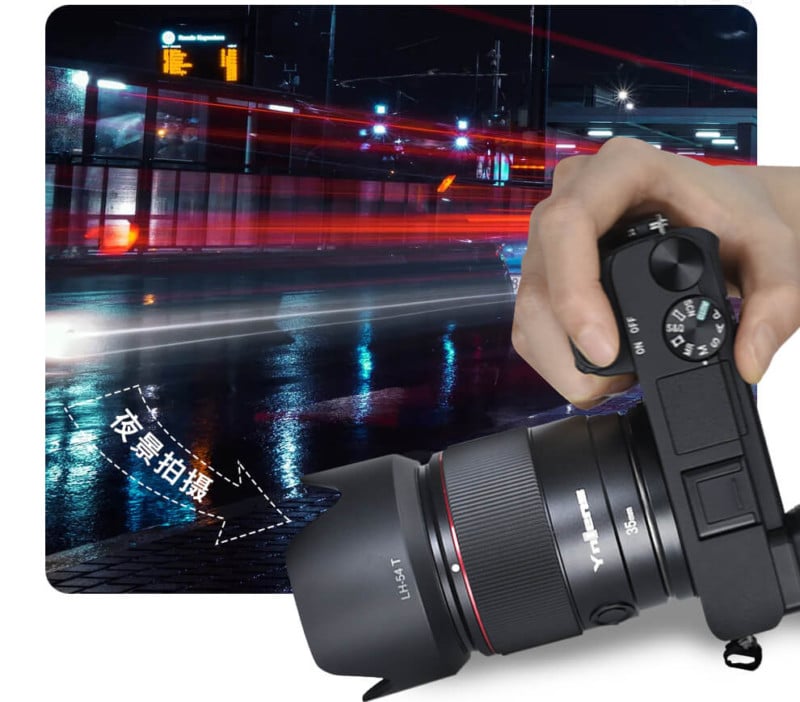 You can view the full product announcement on Yongnuo’s site here.

Lightroom Coffee Break: How to Use Geometry Tools in Lightroom CC
Some Pixel 7 Cameras are Reportedly ‘Spontaneously’ Shattering
Recommended Computer Specifications & Parts for Photo Editing
My Setup for Bird Photography with a Flash
Instagram to Remove Shopping Tab, Focusing Again on Content Creation