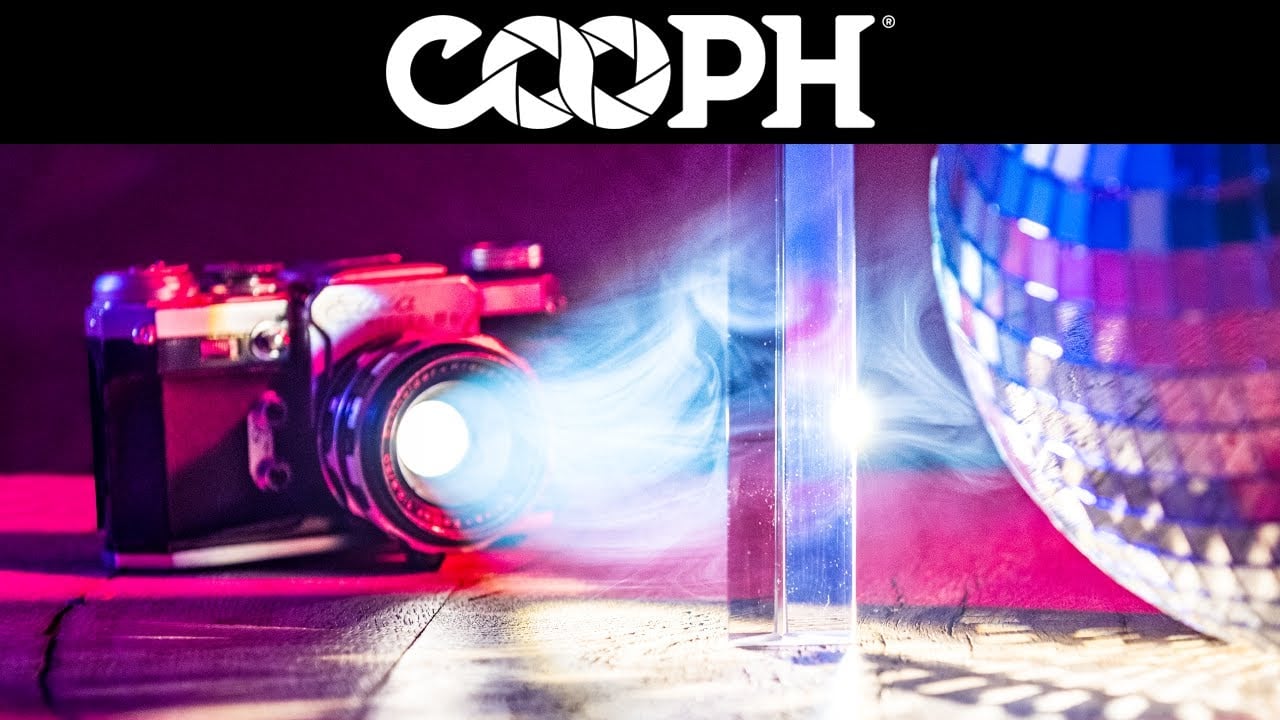 When COOPH has something new published, it’s very likely going to have some cool ideas that you can execute at home. In this 6.5-minute video, that remains true as they show eight clever lighting tricks you can easily try for yourself.

The first tip COOPH shows is what they are calling a “Cloud Light.” It involves attaching a large plastic bottle to a collapsible paper lantern, wrapping LED strips around it, covering with plastic wrap, spraying with aerosolized glue, and covering with fluffed cotton. The resulting “cloud” looks surprisingly impressive when using a long exposure.

The second idea presented COOPH calls the “Laptop Light.” It involves using a laptop, a mirror, and an object of your choice. The idea here is to use the laptop and an image on the screen as the light source and reflect it under a still life subject. The applications for such a light are limited, but you can get some unusual photos this way.

“Light Brush” is what COOPH calls the third tip, which involves a “fiber-optic” light brush that can be found in the trinket aisle of a toy store. The photo again requires using a long exposure and you can play around with the effects depending on the color of the light brush.

Next up is “Liquid Light,” and this one requires a bit more space. You’ll need two tables, a fish tank, a lamp, and a paper backdrop. By positioning the paper backdrop under the fish tank with the light pointed down through it, pouring water into the tank will create shadows that cast onto the subject. COOPH uses both a blue and gold paper backdrop that looks like water or liquid gold in the finished photo.

“Poetry Light” is a take on the photo where a book seems to be casting light onto the reader, which is sometimes done with lights embedded in LED lamps that fold up like a book. In COOPH’s application, they use a ubiquitous smartphone that they masking taped to the inside of the book. One more strip of masking tape over the smartphone flashlight will diffuse the light and can give you the soft glow that is sought after in this kind of photo.

Next up is “Crystal Light,” which is probably the most straightforward of the ideas presented. It just involves shining your smartphone flashlight through a drinking glass. You can get a different look depending on which end of the glass you shine the light through.

“Dotted Light” is nearly as easy as Crystal Light, as you’re just shining your smartphone light through a perforated metal cup – simple, yet effective.

Finally, COOPH’s last example is called “Party Light,” and it once again calls for that reflective mini disco ball. By shining natural light through a crack in a door, they used the reflection off the disco ball to create a pattern over their portrait subject and on the wall behind them.

What COOPH does really well is come up with lighting ideas that give you different looks without breaking the bank. All these ideas use items that most people can find kicking around the house, and that’s especially important for those who are looking for a dose of inspiration on a limited budget.