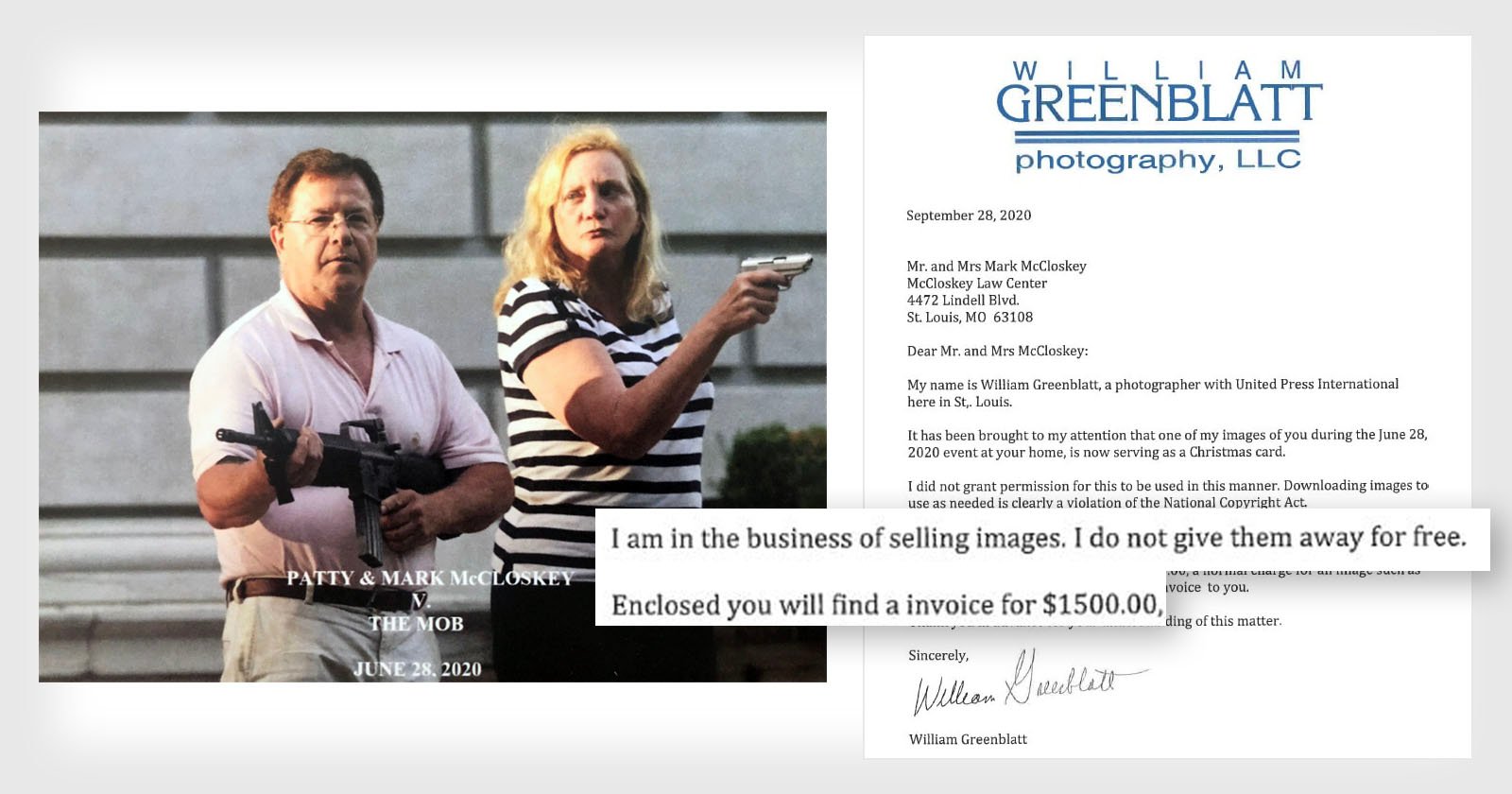 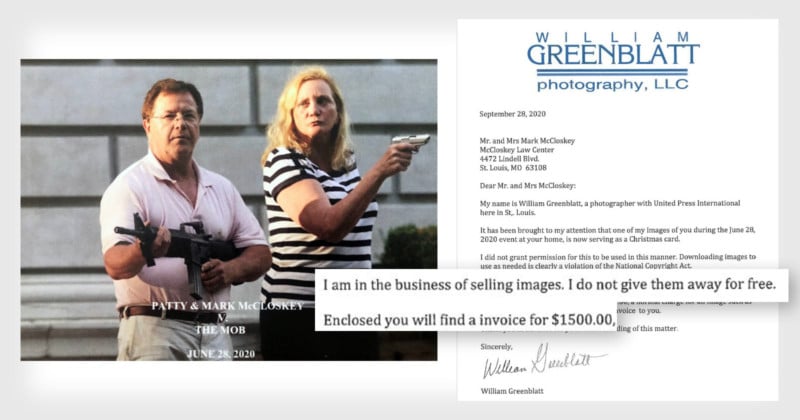 The St. Louis couple who are facing felony gun charges for pointing guns at protestors marching close to their home have found themselves in yet another legal dispute. The photographer who shot a viral photo of the couple has sent them a bill after discovering that they had turned his photo into greeting cards without permission.

Attorneys Mark and Patricia McCloskey were indicted by a St. Louis grand jury on charges of unlawful use of a weapon and tampering with evidence. They had been seen on June 28th standing in front of their house with guns in hand after an estimated 500 protesters marched through their private street during the George Floyd protests in Missouri.

NewsRadio 1120 KMOX reports that the couple was recently spotted passing out greeting cards showing one of the viral photos of themselves that was widely published in news stories about the incident.

They got 1,000 of these printed and have even been signing them pic.twitter.com/LPAhR8IRAl

The photo was captured by United Press International (UPI) photojournalist William Greenblatt, who wasn’t happy after seeing images of the greeting cards in his Twitter feed. He hadn’t given the couple permission to use his photo in any way, and therefore their cards seemed to be a clear-cut case of copyright infringement.

“Being lawyers, they should know copyright laws, but apparently they feel like they don’t need to adhere to any of that,” Greenblatt tells PetaPixel.

In response to the cards, Greenblatt sent the couple a bill while UPI sent a cease-and-desist letter. 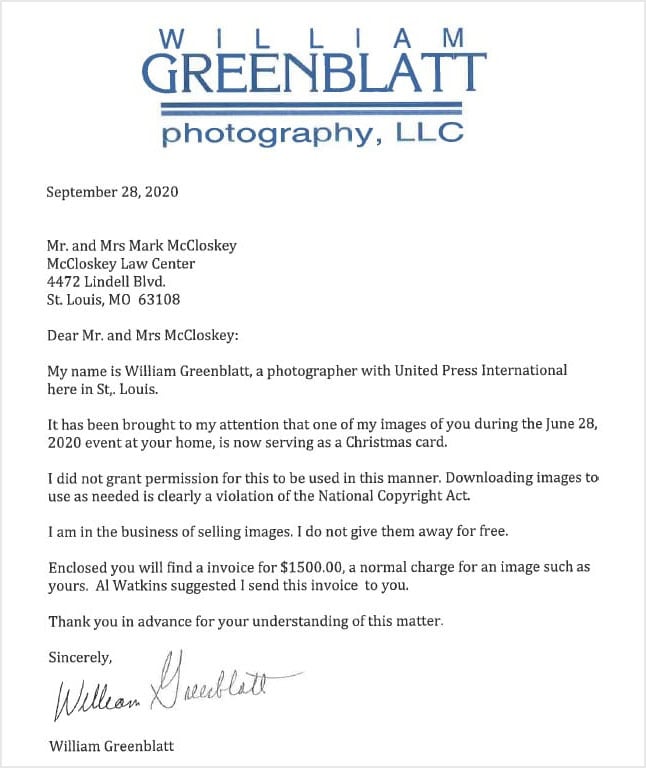 “I am in the business of selling images,” Greenblatt writes. “I do not give them away for free. Enclosed you will find an invoice for $1500.00, a normal charge for an image such as yours.”

Mark McCloskey responded by posting the letter to Facebook.

“This made my day: the photographer that trespassed into my neighborhood and stole a photo of us has sent us a bill!!!!!” McCloskey writes. “Now be nice and don’t bother him, but what chutzpah.”

Greenblatt says the couple has yet to respond to his letter, and that it’s not money he’s after — he simply wants to protect his copyright as a photographer.

“People steal work all the time. They take it and feel that it’s theirs. […] It makes me mad that they feel they can use the image just because it’s of them,” the photographer says. “It’s not even the money. I could care less about the money.

“I cover the news, I don’t try to be the news. It puts me in an uncomfortable situation.”

This particular photo is also the most widely seen of Greenblatt’s long career as a photojournalist.

“[It has] probably gone more viral than many other photos that I’ve done in 50 years,” he says. “I’ve had covers of magazines and things like that but nothing like this.”

The Sword-Billed Hummingbird: A Knight of the Andes
ARRI and Rotolight Settle Photo and Video Lighting Patent Lawsuit
The Benro Theta is the World’s First Auto-Leveling Tripod
The Power Junkie v2 Can Power Three Devices from One Sony Battery
Lightroom Coffee Break: Give Folders Color Labels in Lightroom Classic CC