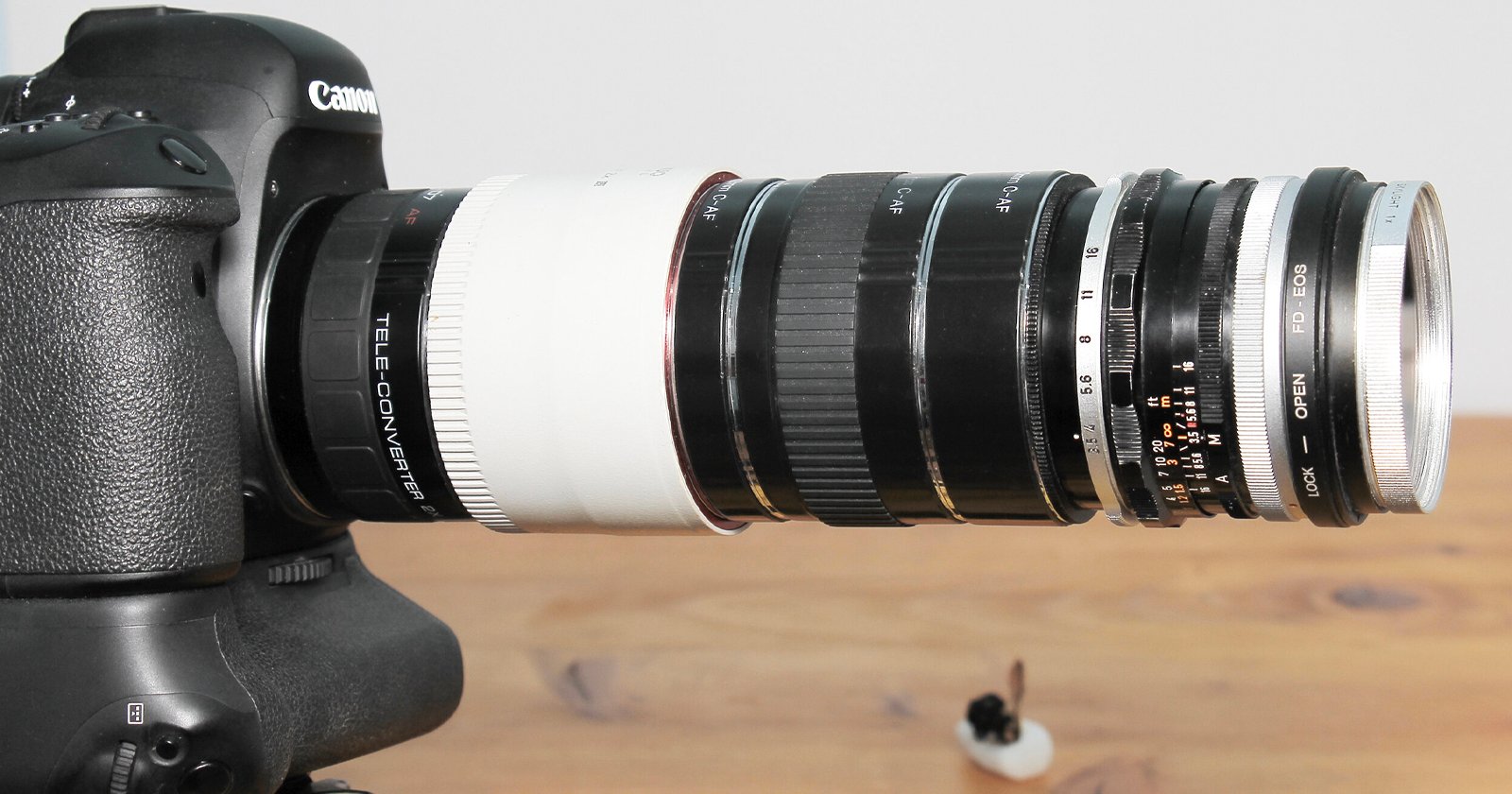 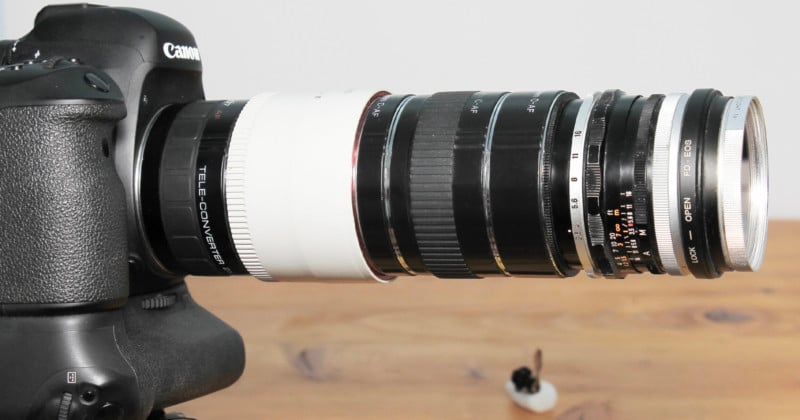 Why am I telling you this in an article about macro photography? Well, the beauty of these converters is that their power not only applies to the focal length of regular lenses, but to the magnification ratio of macro lenses just as well!

Mounting a 1 macro lens to a 1.4x teleconverter will increase its magnification to 1.4x. 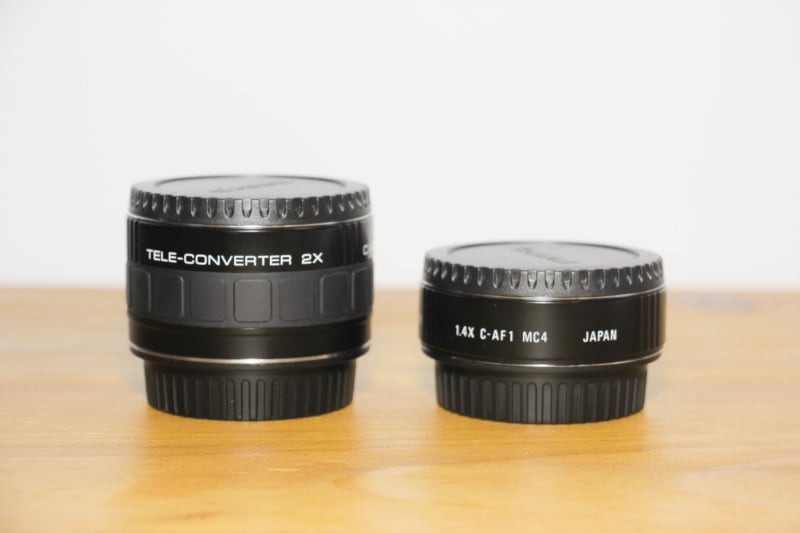 Unfortunately, the same factor will apply to the (effective) aperture that is being used, in terms of light loss and in terms of diffraction softening as well. A 1.4x converter will lose you one stop of light, a 2x converter reduces it by two.

The reason for this effect is that such converters simply enlarge the aerial image that an existing lens is projecting and because we are only using the center portion of this enlarged projection only a portion of the light, that enters the lens, reaches the sensor; hence the light loss. The images below illustrate this effect:

On the flip side, this means there is good news, too: since the converter merely enlarges an existing image, there is no effect on its depth of field, nor on the working distance, which can be incredibly useful in the field or with reflective subjects.

But Teleconverters are not the only way to enable macro magnification on a given lens, so why would one choose an expensive piece of extra glass over hollow tubes that can be purchased for a fraction of the price a good converter costs?

Of course, extension tubes are much more common among macro photographers: they are more affordable and therefore usually the first choice. But extension tubes will only get you so far, and every tube added is less effective than the previous one. Especially when we are using all our resources to get as close to the subject as possible, teleconverters make for an incredibly useful tool that allows us to multiply the magnification ratio by a relatively large factor.

For example, they are especially helpful when we’re photographing something as tiny as a snowflake or when we need a large magnification ratio and a reasonable working distance at the same time. To increase the magnification ratio even further, we can combine a teleconverter with extension tubes as well. When doing so it is important to mount the converter first in line and the tubes to the converter – this will maintain noticeably better image quality.

However, due to the fact that when we add additional optics to an existing lens, teleconverters will decrease the image quality further than extension tubes would. The extra glass elements are additional obstacles in the path of light and no matter how well they are engineered, they will decrease quality to some degree.

Keep in mind that both teleconverters, as well as extension tubes, will exaggerate chromatic aberration and limit sharpness as we expand the image circle.

Because of the inherent loss of image quality, mounting multiple converters sequentially is not really recommended. Of course, this is dependent on a variety of factors such as the specific converters in use, their individual quality, and how well they work together. More often than not, a sequence of multiple converters will ruin your images, either by simply decreasing their quality or because of the effects of diffraction.

An exception to this “rule” can be found in the images below, where I combined two 2x converters to achieve a magnification ratio of 16x. To get away with this, I had to shoot my lens wide open at f/3.5 and accept slight diffraction softening. 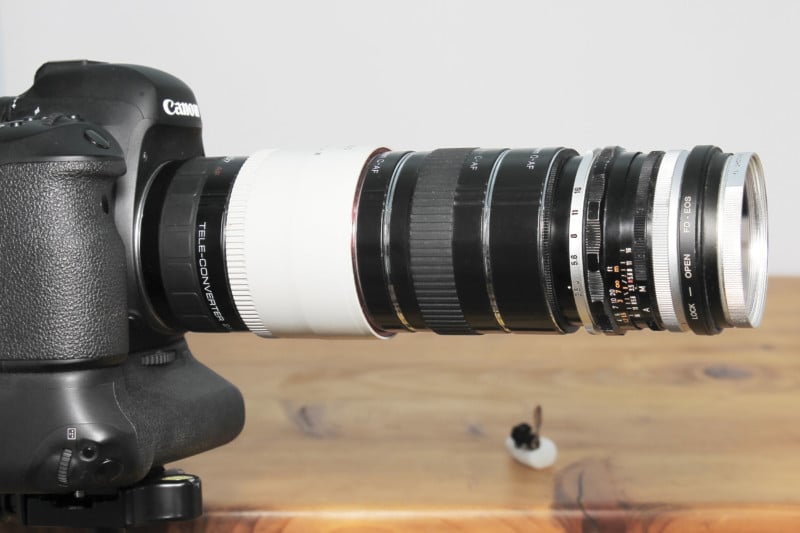 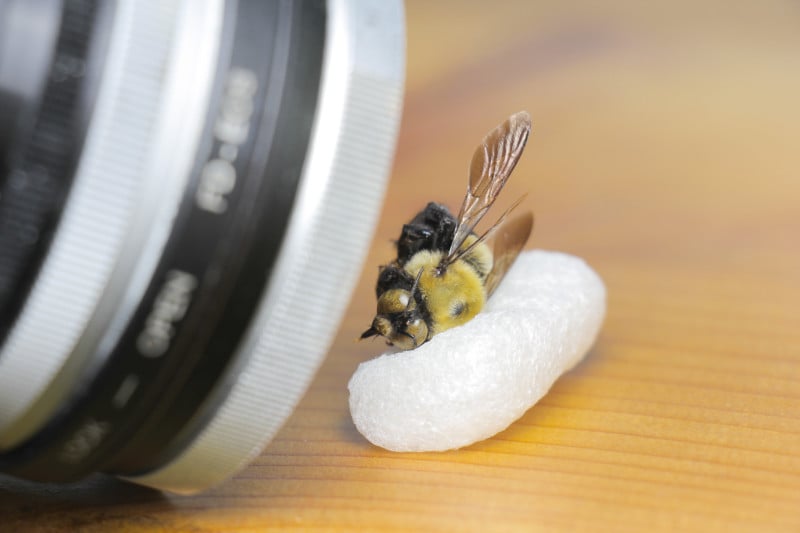 Time to sum it up!

Just in case you’re interested, I’ll link my YouTube Video on this topic below. For more future videos and macro tutorials, please subscribe to my channel, it’s a quick and easy way to support my content and let me know that you enjoy posts like this.

About the author: Maximilian Simson is a photographer and artist based in London, Ontario. The opinoins expressed in this article are solely those of the author. You can find more of Simson’s work on his website and Facebook. This article was also published here.