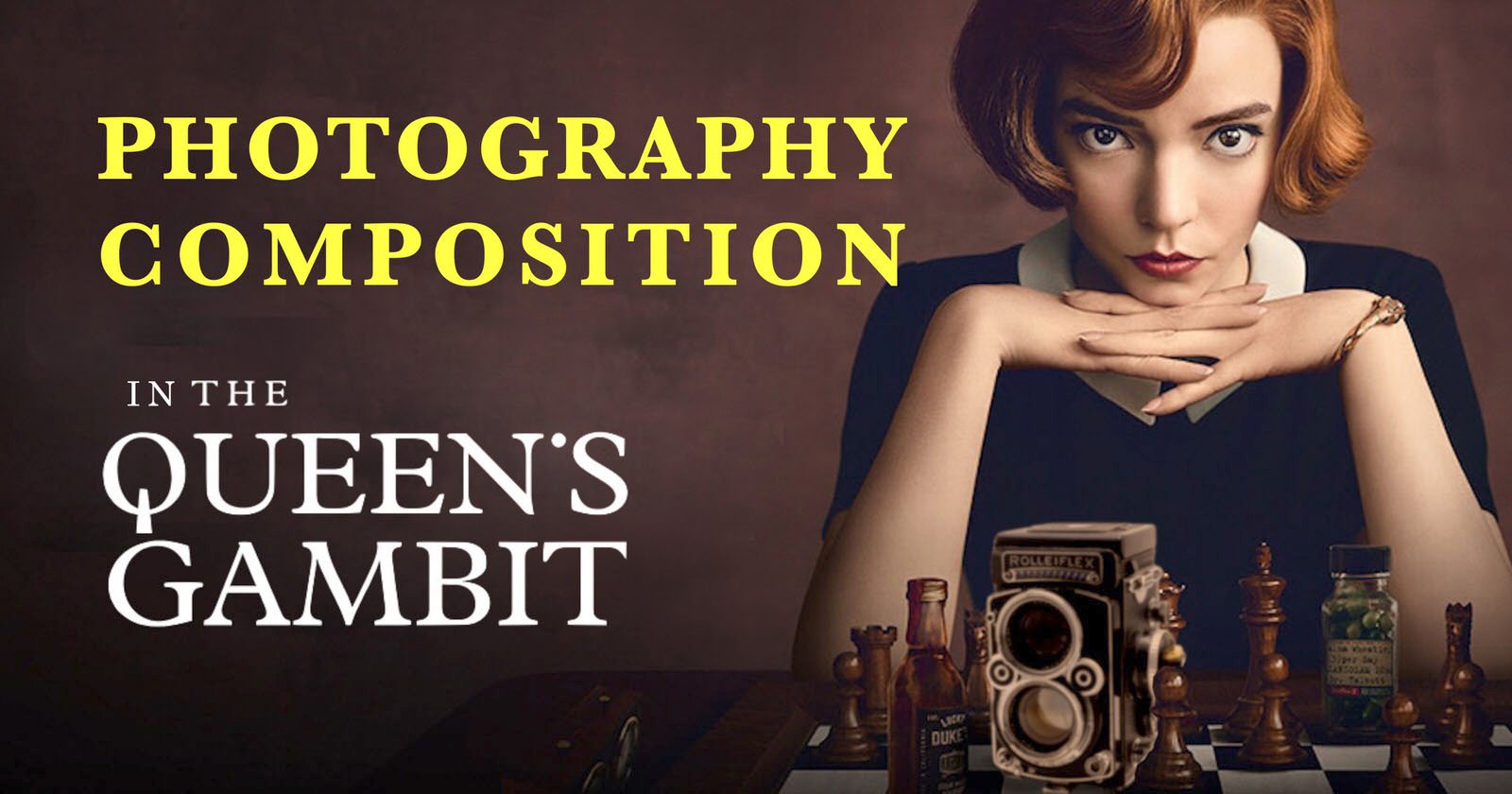 Now and then, it just so happens that I find a show or movie that visually amazes me. I was blown away by the colors of Grand Hotel Budapest and by the cinematography of Birdman. The hit Netflix series The Queen’s Gambit is one of those surprises that I have discovered recently.

Steven Meizler, the series’ director of photography, is quickly becoming one of my favorite cinematographers. I loved what he did with the Godless series and I have started to love his work more and more.

When watching on-demand content like HBO or Netflix, we no longer have a commercial break every 20 minutes to grab some snacks or go to the bathroom — we can now hit the pause button whenever we want. The Queen’s Gambit episodes are among those you can pause on almost any frame and look at the brilliant composition.

When you realize that movies are just a bunch of still images played at a fast pace, you activate this self-learning algorithm and start to notice techniques and styles that you can later incorporate into your still photography.

Here are seven composition techniques we can find in The Queen’s Gambit. 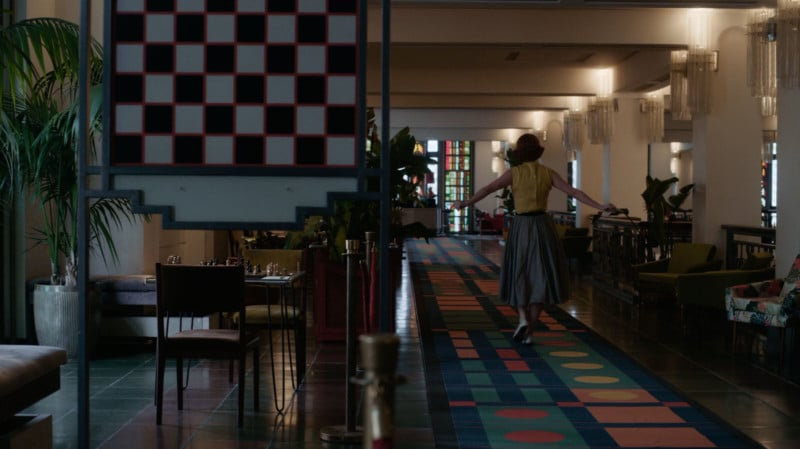 One of the goals of good composition is to guide the eyes of the viewer through the pictures. This is ideally achieved without your audience noticing too much, and leading lines are one of the best techniques you can use.

As we tend to follow lines in the real world, we do the same when looking at the images. They subconsciously tell us where to look. Especially if they share the same direction.

This technique has been used by many master photographers and The Queen’s Gambit takes full advantage of it. Lines are usually pointing to the main subject, Elizabeth Harmon, highlighting her, or pointing away to improve the story without using words. 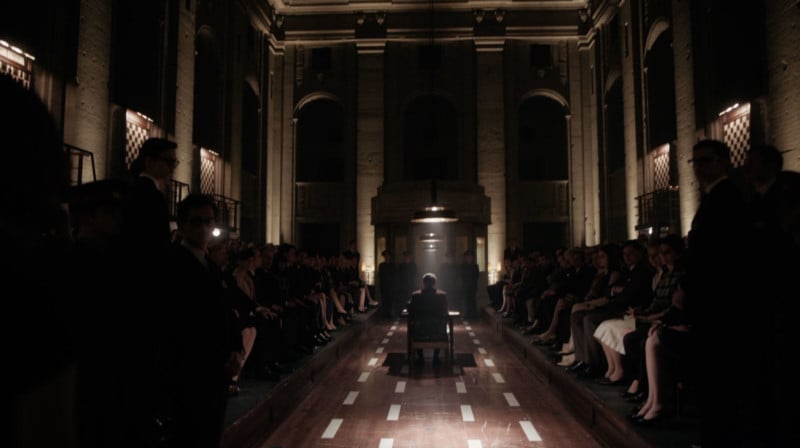 Leading lines also often come with another composition “rule,” and that is symmetry. This comes as a more deliberate rule as both symmetrical and asymmetrical compositions have their use.

Since we usually tend to seek balance from left to right and weighted more towards the bottom, a balanced composition is more pleasing to our eyes. Even though symmetry is mostly used in architecture photography, it can be used with people as well.

Beth is placed both symmetrically and asymmetrically during the series and as the story progresses those compositions have different impacts. 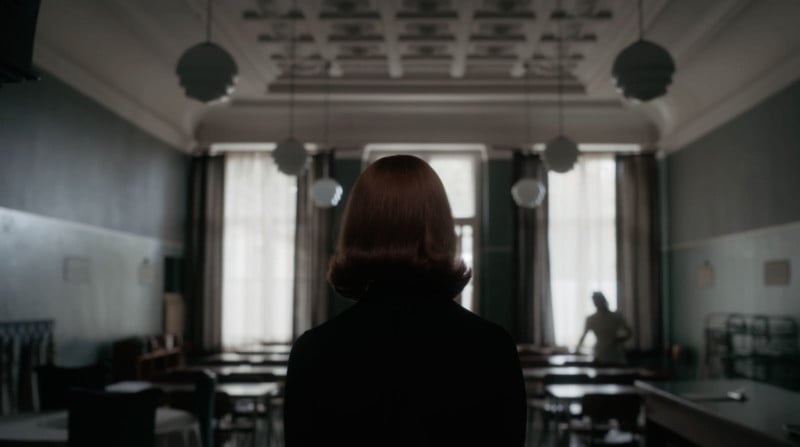 One thing you can also see in the show is the use of patterns and rhythm. When watching the series I realized the reason I liked a lot of scenes was that they have a lot of visual interests, usually in the background. The use of the 50s and 60s patterns, architecture, and the overall design is outstanding.

The rhythm itself dictates how your eyes move around the picture. So when we are out shooting what we can do is to look for a pattern of repetitive elements and disturb that rhythm with a person, just like they do in this series. 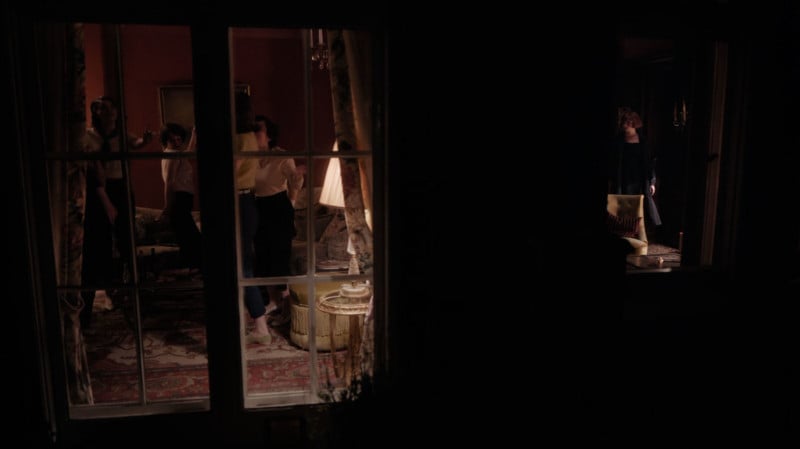 Speaking of frames and subframes, the show uses this technique a lot. It starts with the chessboard, which is often shown within a circle that contrasts nicely with the square design of the chessboard.

The show uses some less obvious frames, like when Elizabeth tears apart her bed to be able to look at the ceiling in the second episode, as well as more conventional doors and windows which, for example, in this one isolates the subject, to show the two different worlds of Elizabeth, the schoolgirls and the contrast between them. 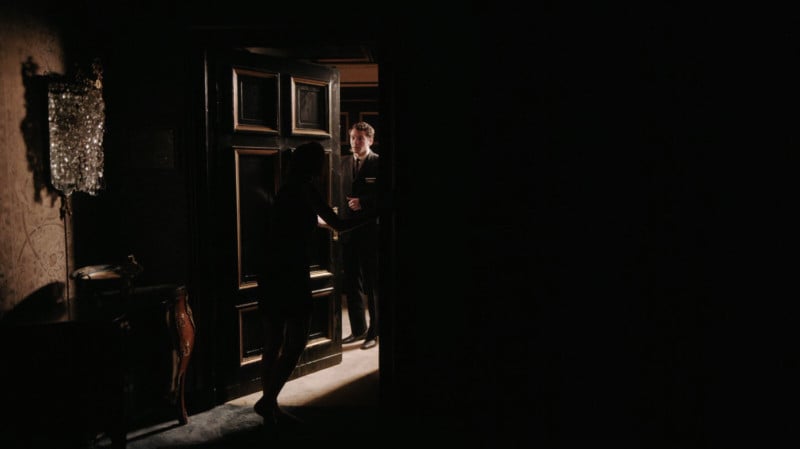 The series is surprisingly very dark when we focus on lighting, and that often results in a lot of negative space or isolation of the subjects. This can be used to evoke all sorts of emotions or tell the audience where it should be looking. Negative space is something that is often used in photography to show the emptiness, isolation, or loneliness of the subjects. 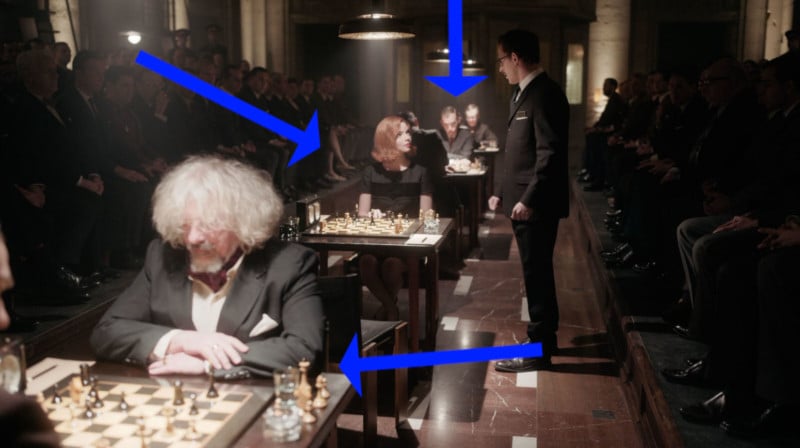 I also like how they worked with depth and layers, which helps to establish the character in the world. Like in the above example where you see the foreground, middle ground, and background, creating depth in the image. Many of those techniques are also used in combination with each other. 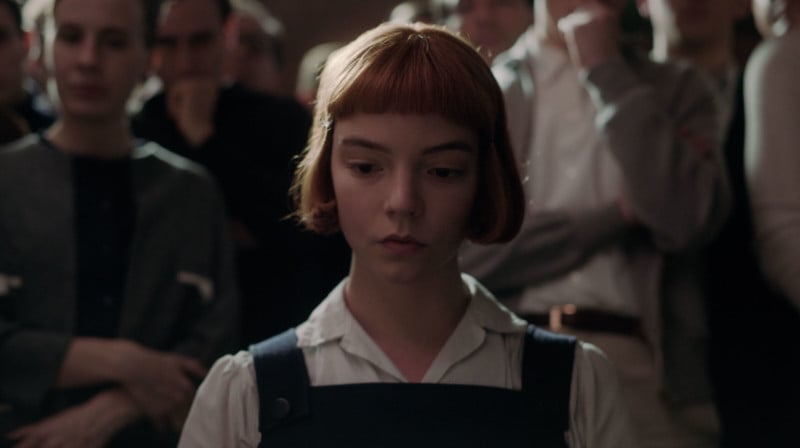 Finally, the show also frequently uses closeups. You might have noticed that the camera takes extreme closeups/portraits of the characters during the show’s intense moments. It usually starts with a classic shot, a reverse shot over the shoulder, and continues closer as the tension grows.

When filming, you can use this technique to build the tension by holding the shot even longer — something that’s impossible in photography, because, well, it is just one frame. However, what both photography and cinematography have in common while using these techniques is that they force the viewer to focus strictly on your subject and help with the message of the shot.

I often try to find excuses for why should I sit home and watch TV when there are a lot of other things I should probably be doing. Especially, because, you should probably go outside to practice photography. But, when the pandemic is finally gone, Steven Meizler’s camera is going to be my new favorite excuse.

About the author: Martin Kaninsky is a photographer, reviewer, and YouTuber based in Prague, Czech Republic. The opinions expressed in this article are solely those of the author. Kaninsky runs the channel About Photography. You can find more of his work on his website, Instagram, and YouTube channel.