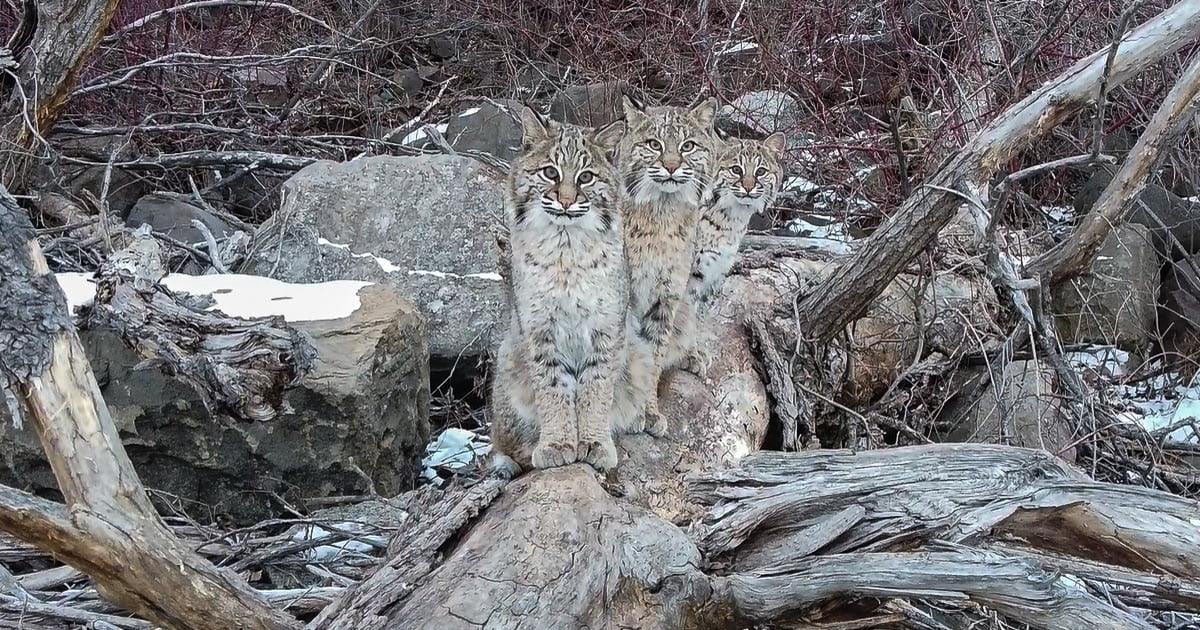 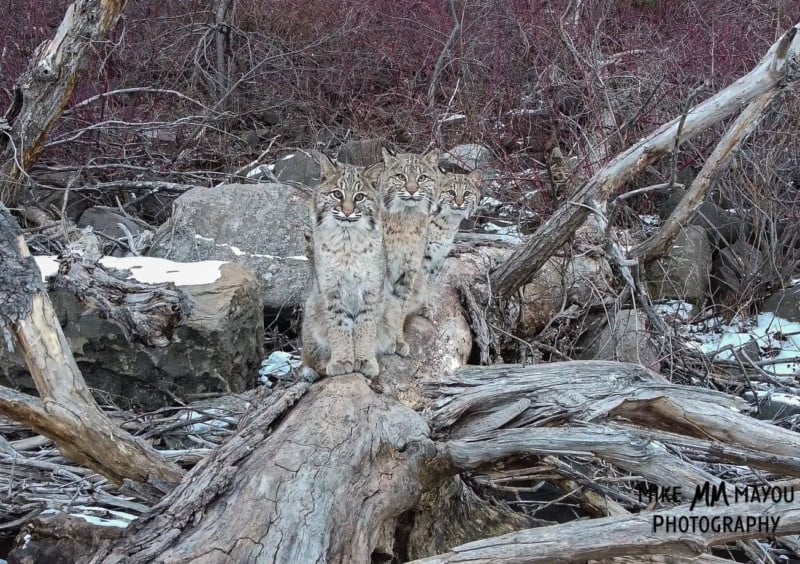 Photographer Mike Mayou was flying his drone on the St. Louis River last week when he managed to capture once-in-a-lifetime shots of a trio of bobcats hanging out and even sitting on a log together.

Mayou was out on a photography adventure on December 16th when he noticed wildlife moving across the icy river. Upon flying his drone over to investigate, he was surprised to discover three bobcats traveling together.

Bobcats are largely solitary animals, so even spotting a single cat is a rare experience… much less three of them comfortably spending time together.

“These cats were very comfortable being up close and personal with the camera,” Mayou says. “It’s quite rare for humans to see bobcats in the wild, but the drone allowed me to interact with these animals in a unique way.”

The bobcats were happy to stand and sit still, allowing Mayou to capture several still photos of them, including the above seemingly-posed photo of the cats sitting together on a fallen log.

Here’s a short video of the footage he captured of the bobcats:

Mayou says he’s keeping the exact location a secret to prevent the bobcats from getting swarmed by photographers. He also admits he got too close to the creatures with his drone during this encounter, which lasted for just a few minutes.

“As we all know, drones can potentially scare animals, especially if the drones are larger in size and get close to the creatures,” the photographer says. “After looking into the ethics of drone photography around wildlife, I realized I may have gotten too close to the bobcats for comfort, and looking back, I would not have gotten as close as I did. If the behavior of the animal changes, the drone is too close.”

Nikon Z 800mm f/6.3 VR S Review
The Matte Box IQ is Irix’s take on a lightweight matte box that uses their magnetic filters
What is Butterfly Lighting and How to Use It for Portrait Photos
Sony Has Moved 90% of its Camera Production from China to Thailand
Photography News: Canon Lens Rumors, Tycho Crater Up Close