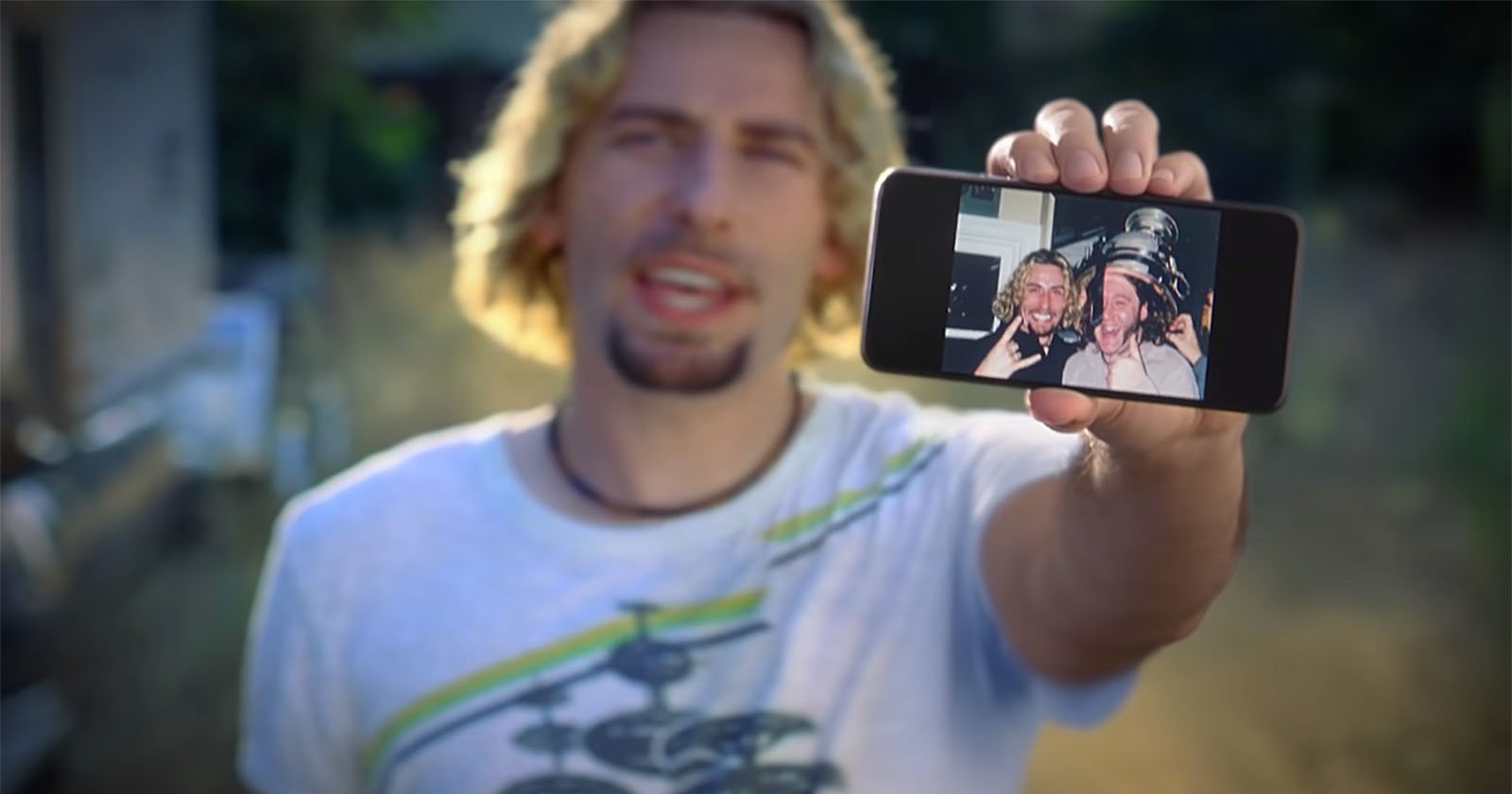 Google wanted a way to encourage Google Photos users to look back on their cherished memories, so they got Nickelback to record a new parody version of their hit song “Photograph.” You can hear the 1-minute parody above.

The original “Photograph” was released by the Canadian rock band back in August 2005 as the first single from their 5th studio album, All the Right Reasons, and it went on to top multiple charts in the US.

Here’s the official music video for the original song, which has over 55 million views on YouTube:

Here are the lyrics for the new parody song, titled “Google Photos — Look at your photographs”:

Falling down the photo rabbit hole
Is it my hair or just a ramen bowl.

Every memory regretting all my hair styles
If you wove it all together, it would go for miles
It’s hard to braid it, time to shave it.
Good-bye / Highlights

Every memory we never have to look for
They no longer have to spread out on the bedroom floor
It’s time to say it, gotta say it
Good times, Good times

Every time I do it makes me…

“Fifteen years ago, we had no idea that the photos on our mobile devices would become such a ubiquitous part of all of our lives,” Nickelback lead singer Chad Kroeger says. “When Google approached us with the idea about marrying the song with Google Photos we felt like it would be a fun and nostalgic way to give the song a lyrical refresh and share some of our favorite memories.”

(via 9to5Google via DIYP)