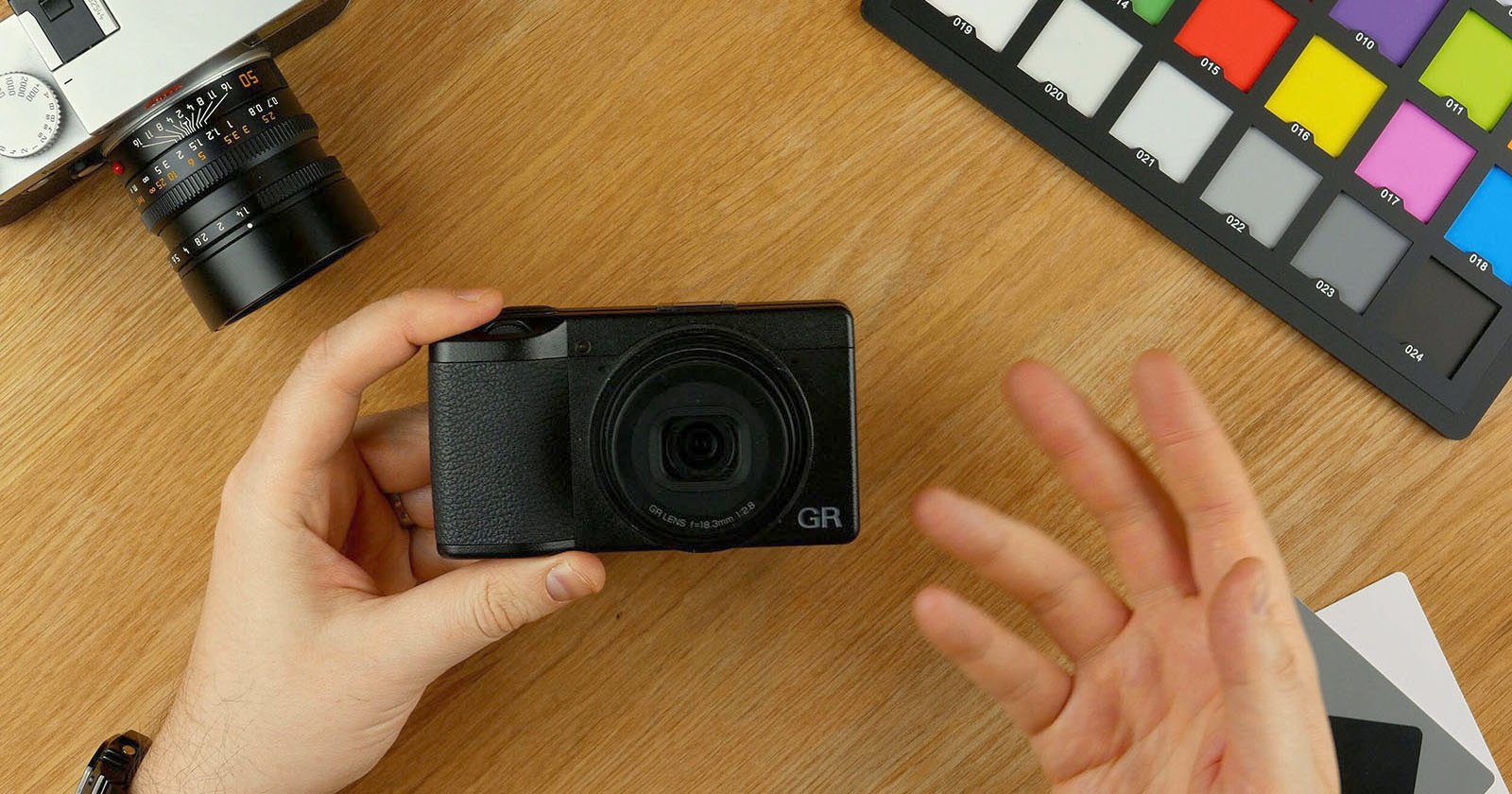 If someone were to ask you what type of camera is best for street photography, what would your answer be? In the early 2000s, when digital street photography was only for hipsters, your answer would probably be some kind of stylish rangefinder, and, if you had an extra kidney to sell, maybe even a Leica M. That all changed when Ricoh introduced the Ricoh GR in 2013 (and before that the GR Digital series in 2005).

Fast forward to 2019 and the new GR III took the street photography community by storm. And by that I mean a lot of YouTube channels made videos about it.

So what is so magical about this 28mm fixed lens APS-C camera, created by the company whose biggest success in the photography world previously was acquiring Pentax in 2011? Well, when you ask photography experts on Facebook, you might get mixed reactions. 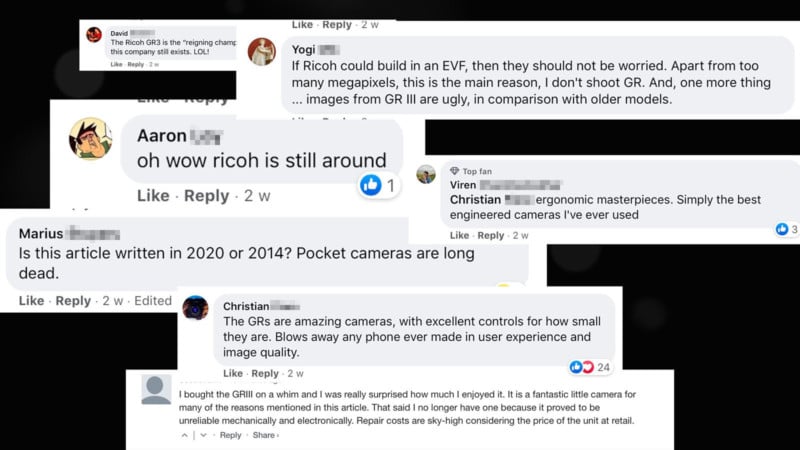 As you can see, this camera is definitely not for everyone. But just like you wouldn’t use a chainsaw to slice your bread, it doesn’t mean it is a useless tool. The Ricoh GR III is by no means a one-trick pony to do it all. That’s what your iPhone is. The Ricoh GR III is a highly specialized tool that will not tick a lot of boxes. You can think about it like a particular type of knife in the kitchen that you use very occasionally—it’s only useful for one or two specific tasks, but for those things, it delivers in spades. 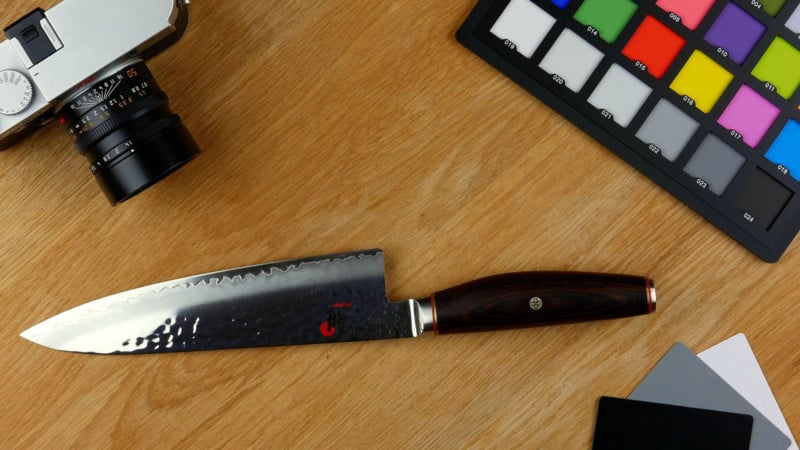 As already mentioned, the lens is f/2.8, 28mm eq. which is really the only focal length you will get from this camera without cropping. That means you will have to use your legs to zoom in or out. Now, I know it is technically not zooming since you’re changing the perspective, but you know what I mean.

The autofocus is something that would definitely deserve more love since it feels a little slow from time to time. But what the GR III lacks in autofocus it is supposed to make up for with the snap focus. This is essentially zone-focusing that can be set to a distance more or less to your liking. For me personally, this works in 100% of cases and helps me to create beautiful abstract out of focus images, as my skill for guessing the distance is pretty low. 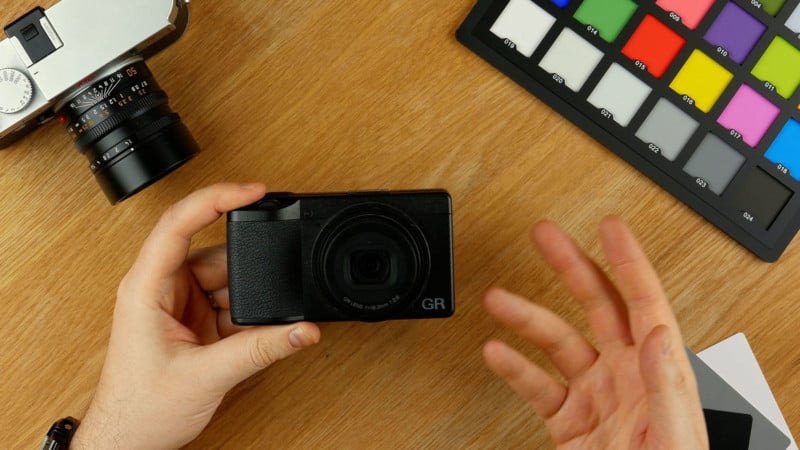 But there are some features I do know how to use and actually like. Highlight weighted metering is one of them. What it lets you do is to expose exactly for the highlights instead of that middle of the road-ish exposure you would normally get, which often results in the dark areas being completely blacked out which I like a lot.

My second most commonly used feature is the touch-screen shutter release. Now, this might be a very widespread function among cameras but since my Leica M does not have a touch screen it is new for me. And apparently, this is also new for a lot of Ricoh GR users as this function is only available in the latest firmware version. So if you have, for some reason, not updated yet, you should really go for it.

Fortunately, and just like photographer Fred Abery mentioned in his recent article, you don’t have to worry about accidentally activating the touch screen with your nose when using the viewfinder, because this camera does not have a viewfinder. And for those photography snobs saying the viewfinder is the only good option to compose the picture, I will tell you this. It isn’t.

Now, on a little more serious note. I have been saying for a while that the LCD screen is a new viewfinder since you can easily see what is included or left out of your frame unlike when using EVF with the frame blocking your outside view. 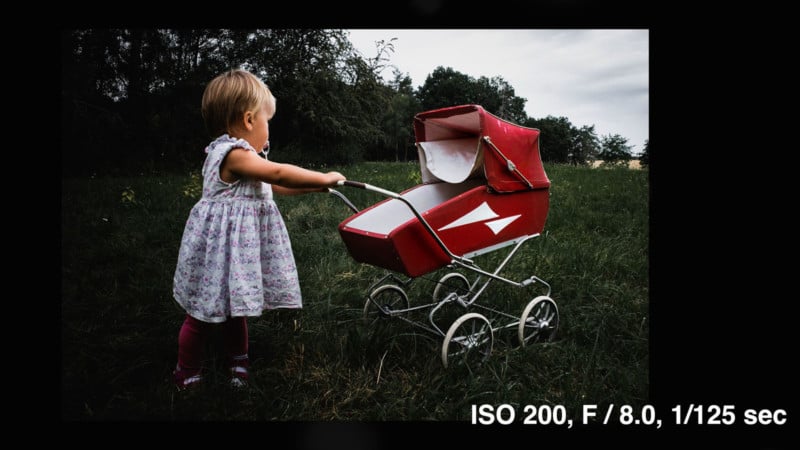 One of the online complaints I see a lot is that it’s a camera that is expensive and only features an f/2.8 lens, which for me doesn’t matter that much. I dare to say the majority of users are going to use this camera for one, and one specific purpose only, which is street photography. Ricoh even makes a special street photography edition of this camera which ironically is less stealth with this big yellow circle around the lens.

Anyway, because of that, the most common f-stop is probably going to be f/8. However, the one use case where this camera could use a faster lens is in night photography. Otherwise, I do not really have a problem with the lens.

There is still so much to love about this camera. Easy to set custom modes, weight, and especially the size. I mean, try to fit an interchangeable-lens camera in your pocket. This camera slips into your pocket and I usually take it with me with just the wrist strap.

I also do not carry any extra batteries, but I am not a heavy shooter. I never ran out of batteries during my shooting sessions so I cannot honestly tell you how many shots you will be able to take with just one battery. But, I would much rather bring a USB-C cable with me to charge the camera while having a coffee than carry an external battery. 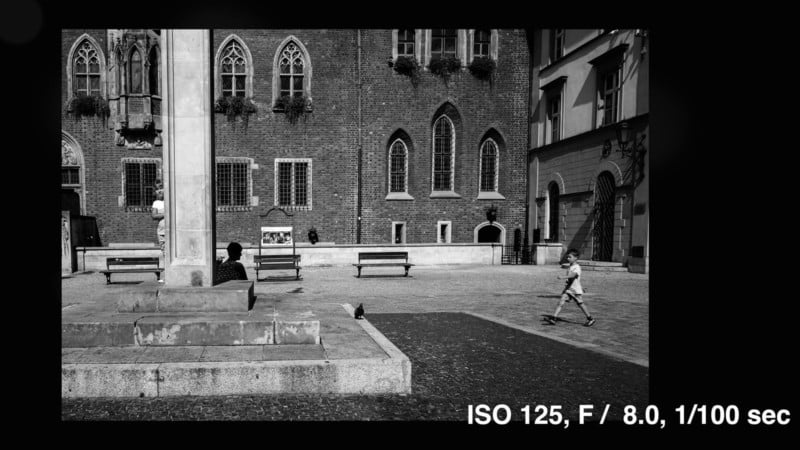 This camera is also super light. Unlike with big DSLRs, which can make you feel like you are practicing for this brick-around-your-neck carrying competition, you will not even notice the light GR. Don’t get me wrong, I love bigger cameras and understand their place. There is probably no way you could show up on a commercial photo shoot with a camera this small or have this as your only camera, as, for example, a portrait photographer. All I am saying is that this camera fills a very specific gap on the market.

But if you find yourself in this narrow niche, I am convinced this camera will not disappoint you.

About the author: Martin Kaninsky is a photographer, reviewer, and YouTuber based in Prague, Czech Republic. The opinions expressed in this article are solely those of the author. Kaninsky runs the channel About Photography. You can find more of his work on his website, Instagram, and YouTube channel.