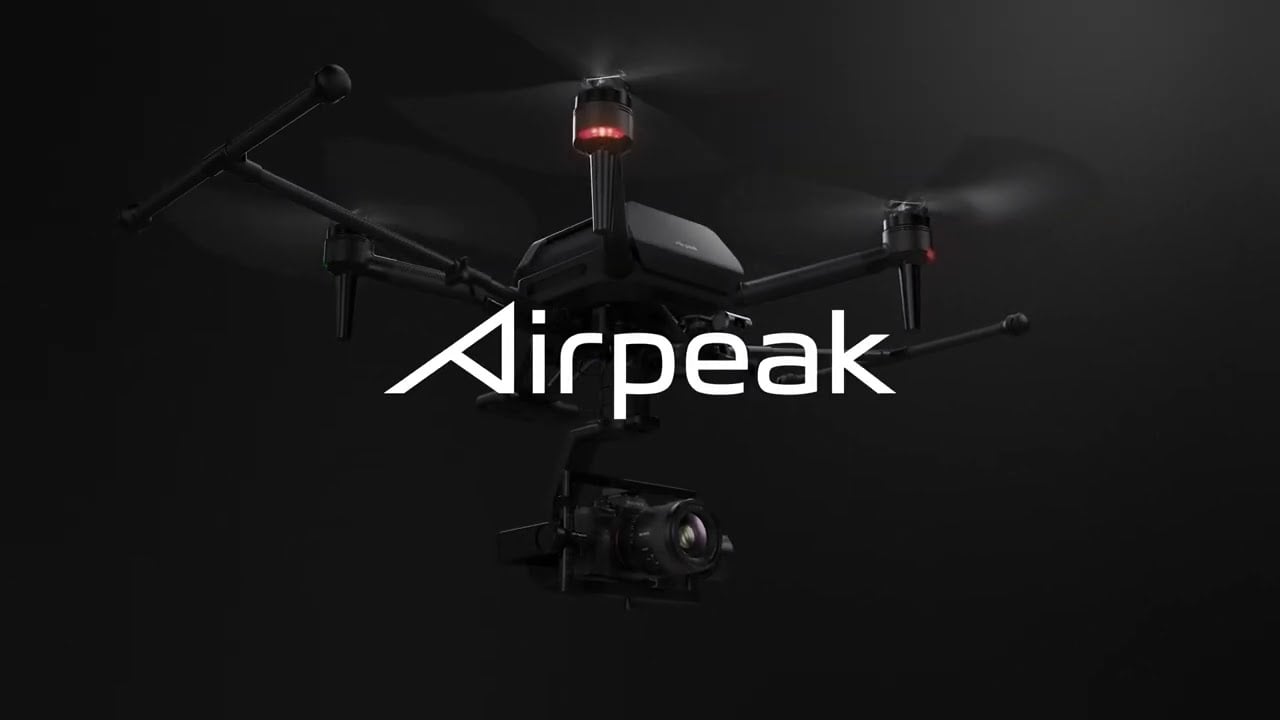 Sony originally announced Airpeak, its entry into drones, late last year. Today as part of its CES announcements, the company revealed a few more details: namely, what the drone looks like.

Very little information was provided on how the drone would operate, with Sony instead focusing on showing what we can expect when it comes to the design and construction of Airpeak (though no specifics of its size or weight were provided). The drone features a rectangular central body with a gimbal that hangs below it where the Sony Alpha camera sits. The legs fold upwards after the drone takes off to give the camera the ability to rotate 360 degrees in flight unobstructed. The drone is a quadcopter design and each of the arms that holds a motor and rotor appear to be made of carbon fiber.

In a video posted to Twitter and in the image below, a standalone rotating camera is shown as well as what appear to be two more cameras in a bar both on the front and rear (they could also be sensors) which likely points to it being used for navigating flight while a second operator can focus on filming. This mirrors the design of the latest DJI Inspire.

Airpeak will officially launch in the spring of 2021.

“Sony launched the Airpeak brand with the goal to further develop today’s drone technology while achieving the utmost in value creation,” the company says on its official website. “As the first phase of this project, Sony will launch a new business targeted for professional photography and video production in the spring of 2021.”

The video below gives a long, detailed look at how the drone takes off and operates in flight.

Sony specifically states that the drone will support Sony Alpha cameras, but has not said anything about other camera models.

“In order to fully support the creativity of video creators, the payload of the drone can be equipped with an Alpha mirrorless camera to capture high quality, full-frame aerial photography and video,” Sony writes. “Airpeak, the industry’s smallest class of drone that can be equipped with the Alpha system, is capable of dynamic filming and precise, stable flight, and aims to contribute to the world of entertainment while also pursuing new possibilities for creative expression.”

Sony published a few images of the drone to its website along with these videos:

Of note, barely any cables are visible connecting the Alpha camera to the drone, which hints that the connectivity may be compact and unobtrusive, which is always a plus.

It’s unclear if Sony has further plans to explain more about Airpeak at CES or if it will wait to reveal more as the launch date gets closer.

Can You Find the X? Photographer’s Gigapixel Images Contain Hidden Code
Canon Designs 300mm f/2.3 and 400mm f/5 Autofocus Mirror Lenses
Prepare authentic photos of LOVE for Valentine’s Day 2023
Tilta’s Camera Battery Grip Provides Up to 170% Longer Shoot Times
What is Butterfly Lighting and How to Use It for Portrait Photos