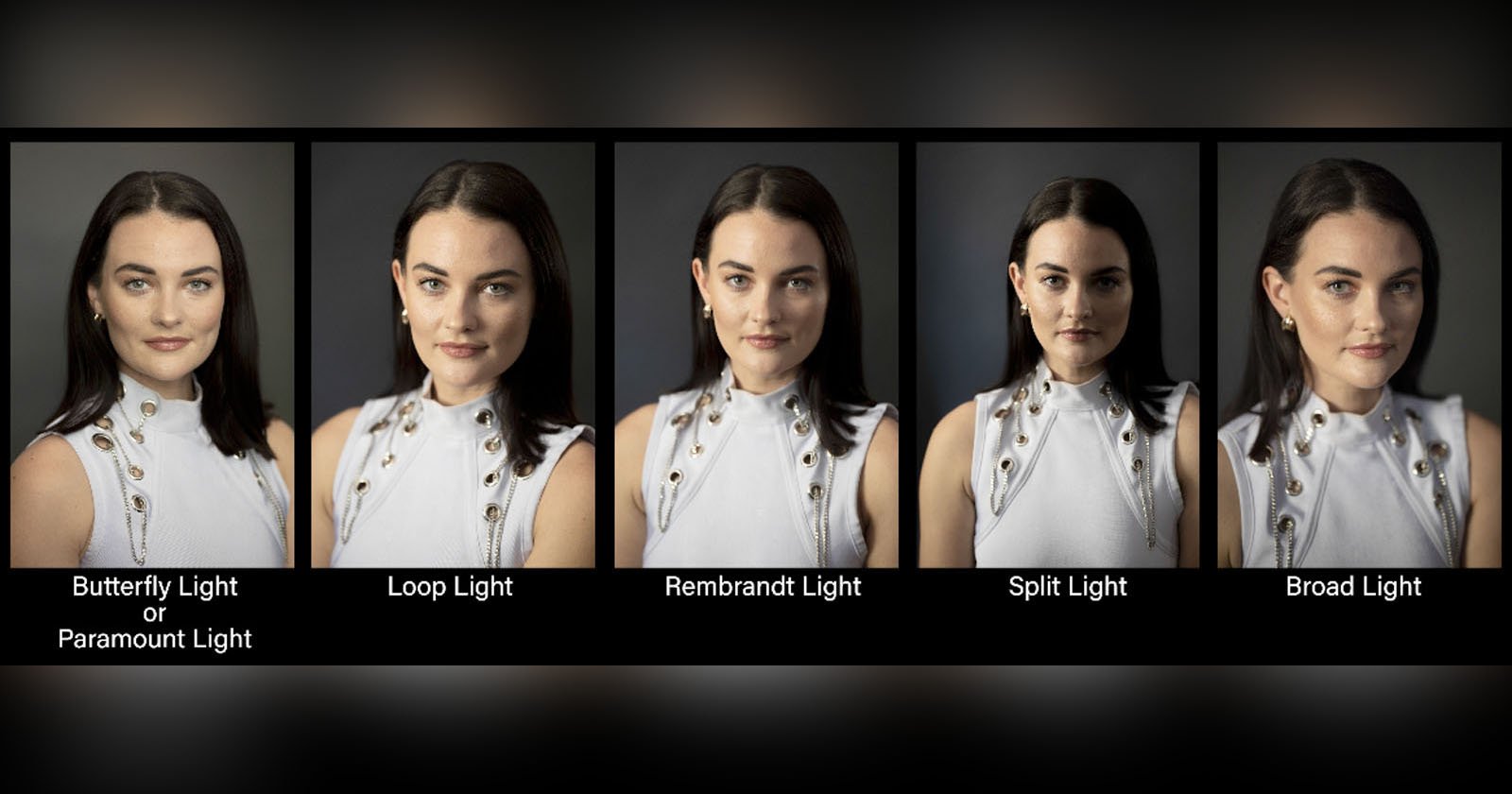 I’m Jay P. Morgan from The Slanted Lens. In this article, we’re going to show you how to set up the five lighting portrait positions using the window and how to control the light.

I’ve got Rai here with me. Rai is from London.

The first thing we did in this room is we got rid of all the light that isn’t through my one window. I’ve got a window here, and it’s roughly about three-foot-square. That’s my light source. I want light coming just from that one three by three area so I can control it. 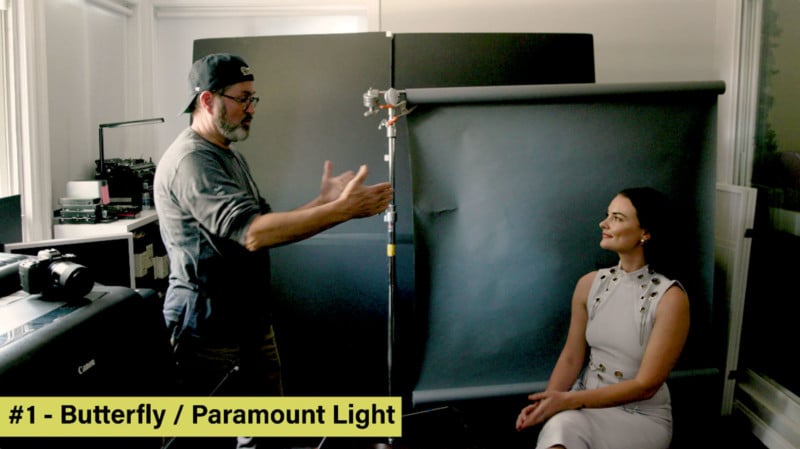 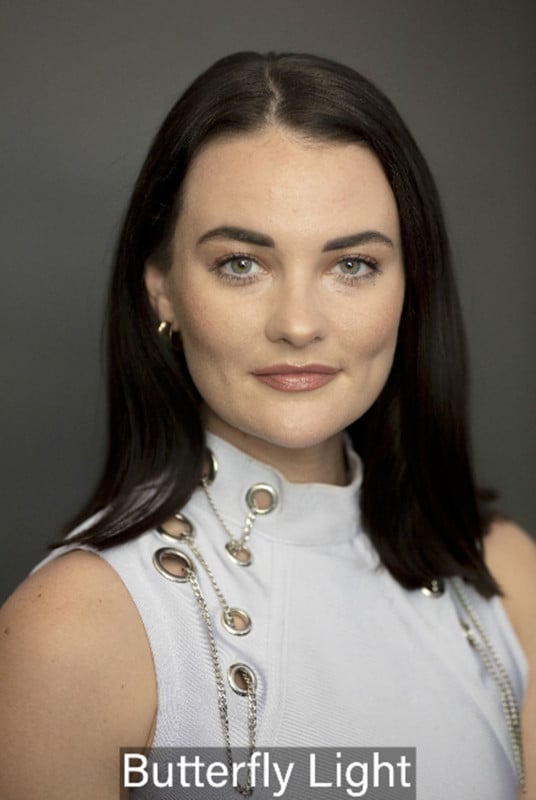 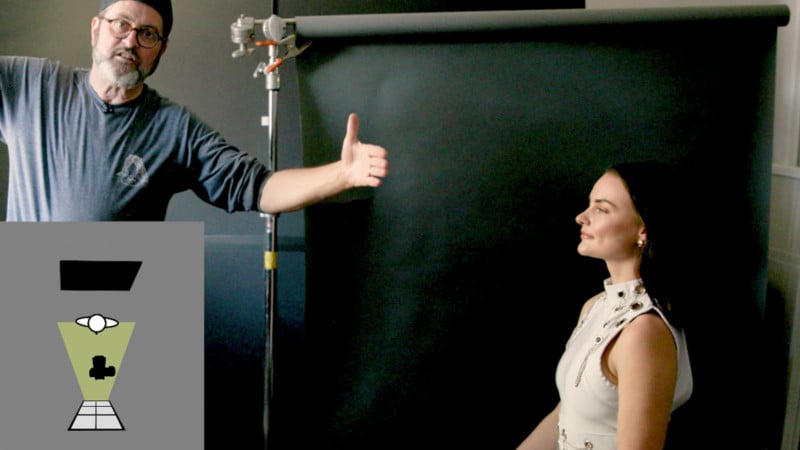 So you can change the ratio of the lighting. You can make it either a one to one ratio which is almost flat. Or you can do a one to three or one to four ratio which gives you really deep shadows. The idea though is I moved my background and my model in relationship to my light. If I want to make this a little more moody, I’m going to create more mood by moving her away from the light. 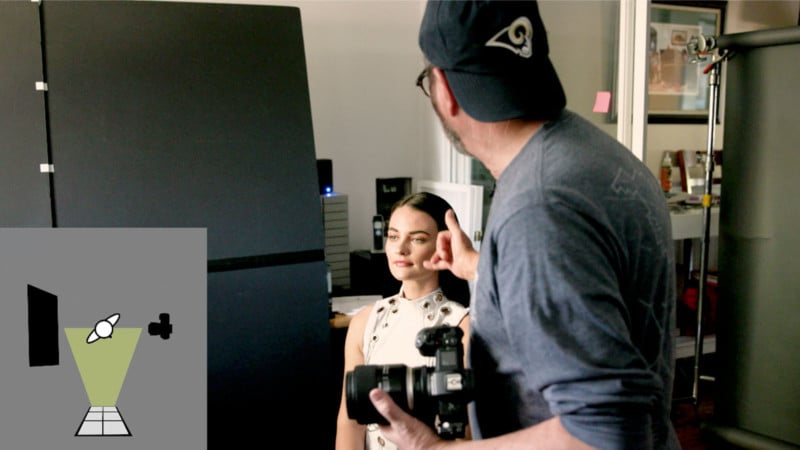 Next, I’m going to move my background back in. So there’s a loop. I’ve turned her slightly away from the light and it is becoming more dramatic. I’m shooting to the shadow side. 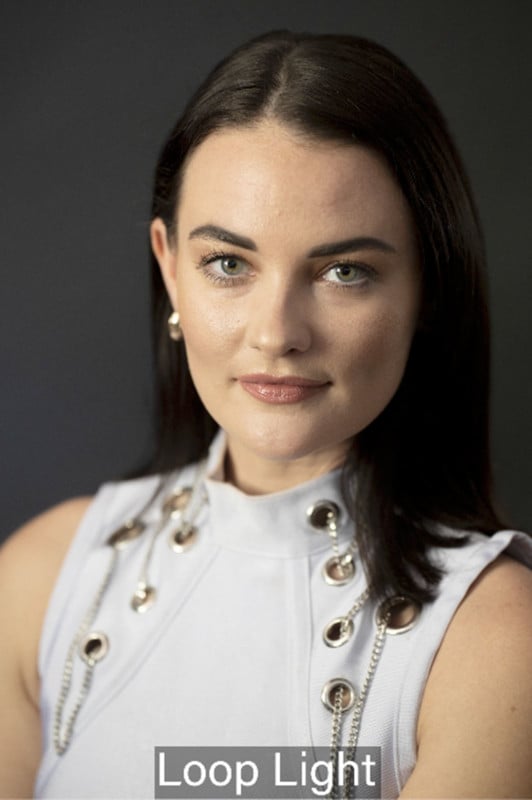 So it’s become a little more of a dramatic portrait of her.

As I now move her a little bit, it doesn’t need to be, the small loop on the bottom of her nose has closed with the shadow on her cheek and that creates a small triangle on her cheek. That’s called a Rembrandt. There is a story that the executives at Warner Brothers said, “Why are you lighting your stuff so dark? People aren’t going to pay to see that.” Then Cecil B. Demille said, “I’m lighting them with a Rembrandt light like Rembrandt used to paint.” 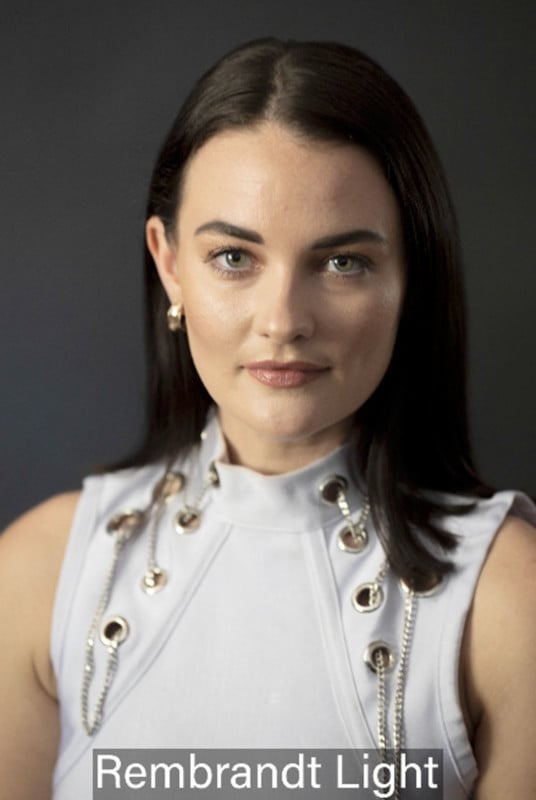 They said, “Well, that’s incredible, we can charge twice as much for that.” So it was the dawn of a beautiful rendition of light, not just everything being open and blown out. 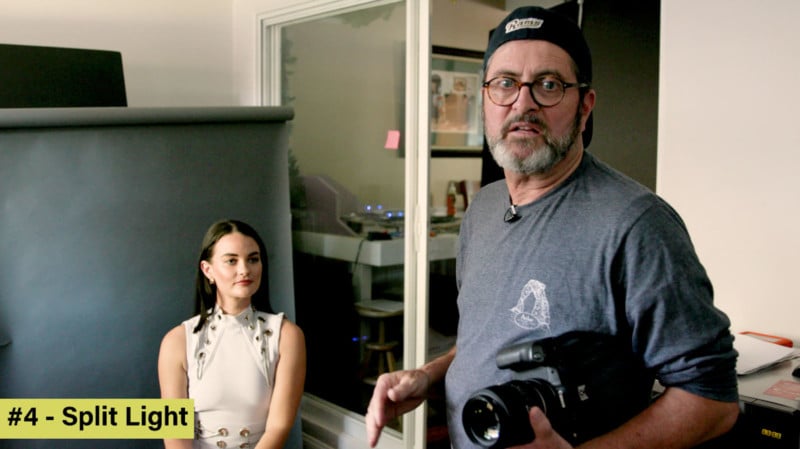 Next, we have what’s called a split light. That really is exactly what it sounds like. You’ve got a really bright highlight side and you have a dark shadow side. That’s a split light. 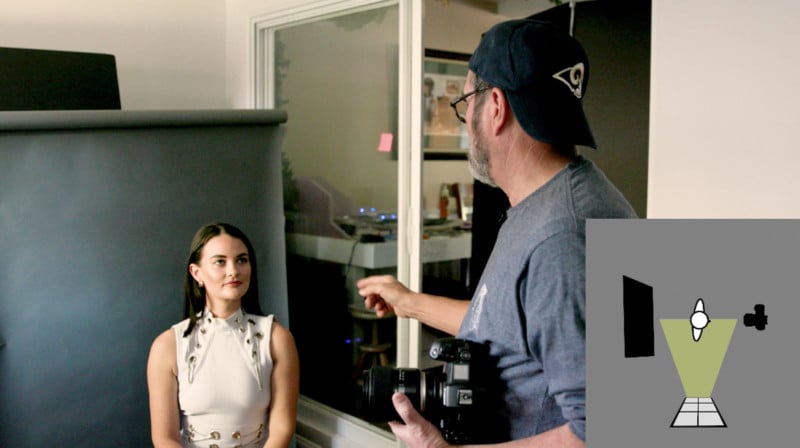 It divides her right down her nose. So this is a very moody light. And if I want to brighten it up it would be an easy one to do. Because I just take my fill card and if you look at the face, I place this to reflect light into the shadow side. You can see how that opens up. 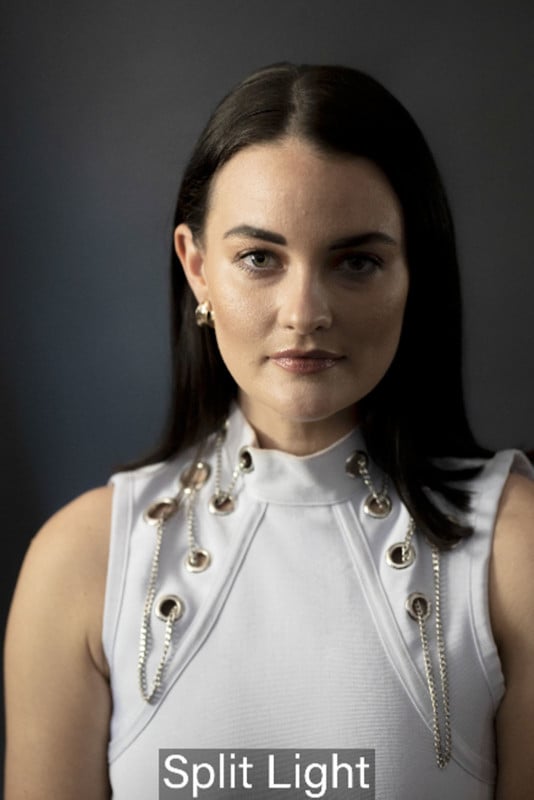 And that really opens up the highlight on the shadow side of her face. It’s all in relationship to the amount of intensity you get from the window. 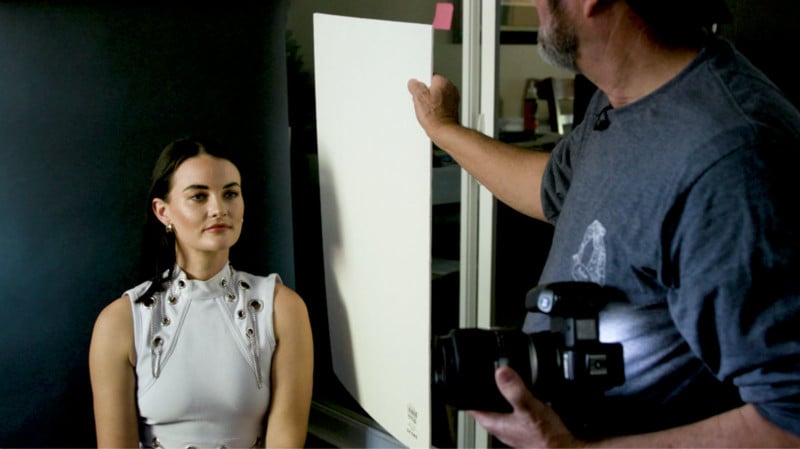 My exposure is set for the highlight side of her face, which means that this is going to take that same light that’s already coming in the window and exponentially push it back into the shadows. It’s going to open up the shadows. 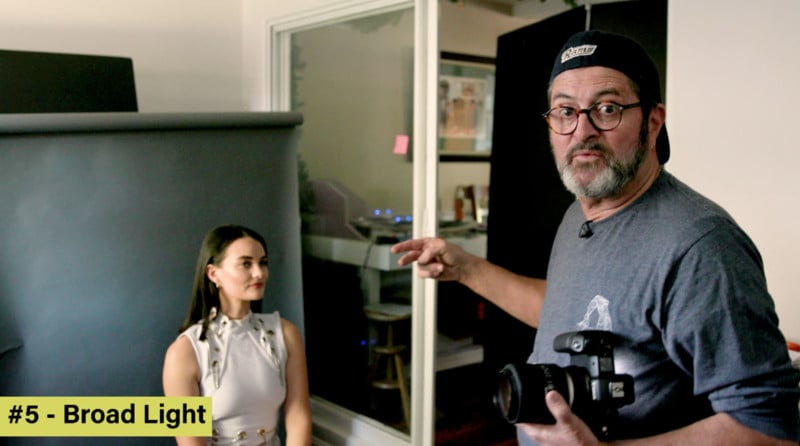 Now if I turn her even further, and I come around a little bit looking right here, this is called a broad light. I’ve switched from the shadow side to the highlight side. 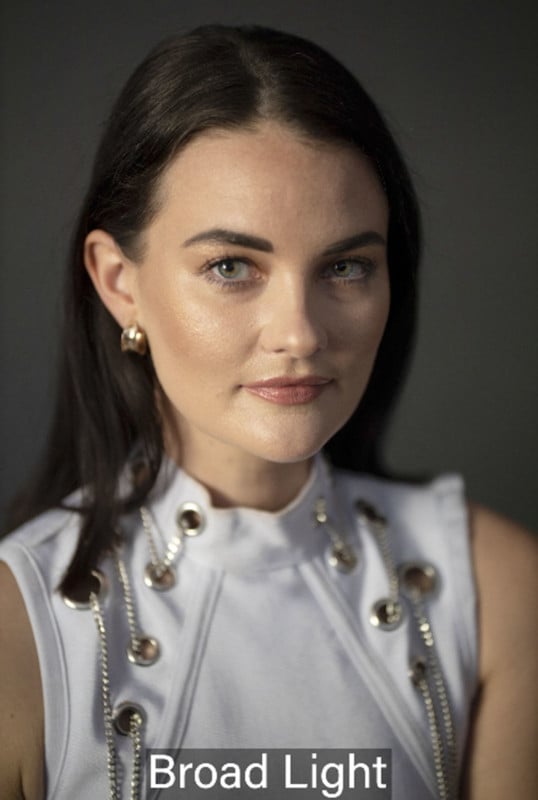 Let’s go all the way back to a Rembrandt right there. I’m shooting into the shadow side of the face. It’s more dramatic. It’s a lot more interesting and moody on the dark side of her face. But as she moves around to show the light side of her face, I have not changed how moody this is. It’s still very bright on the camera, left side and very dark on the camera right side. 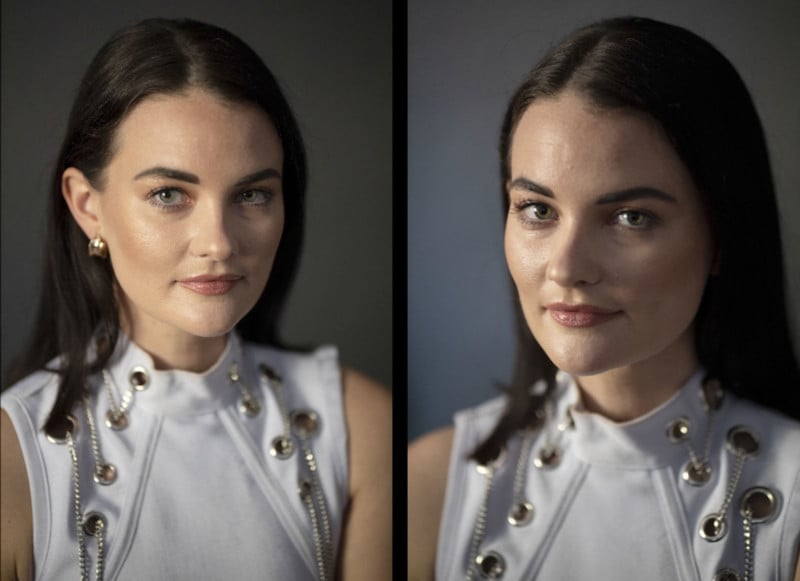 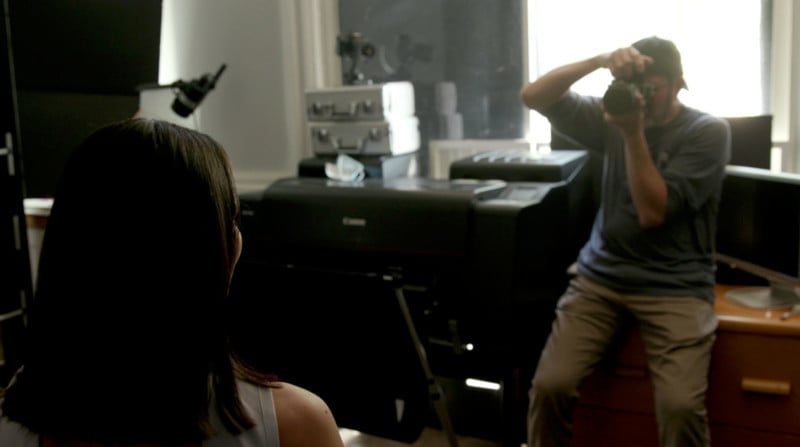 So the reason this is working is because we have two things going for us. One is that we have a smaller source, I blocked out everything except for this one source that is three foot by three foot. You could make this slightly larger like four foot by four foot. But as soon as you open up this whole wall, the light is everywhere and there’s no longer any control. There’s no direction, it doesn’t really give you the five lightning portrait positions. 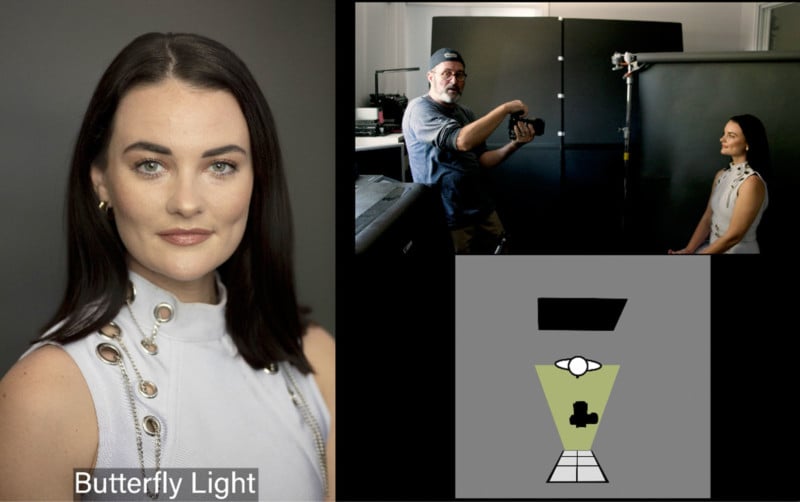 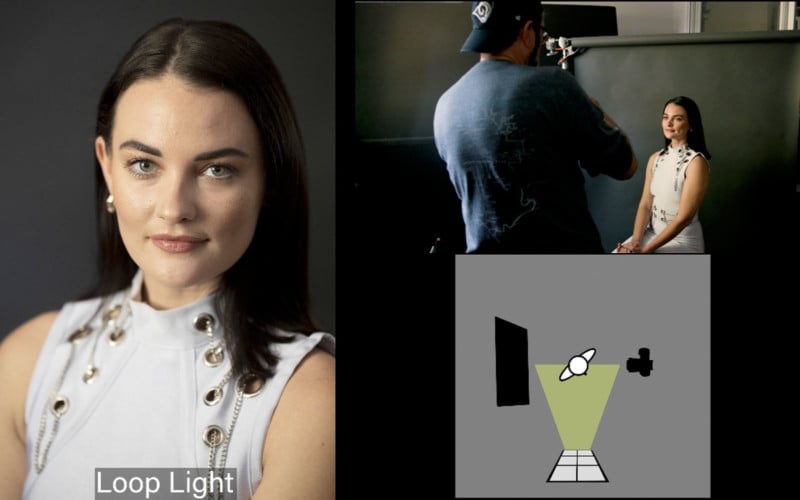 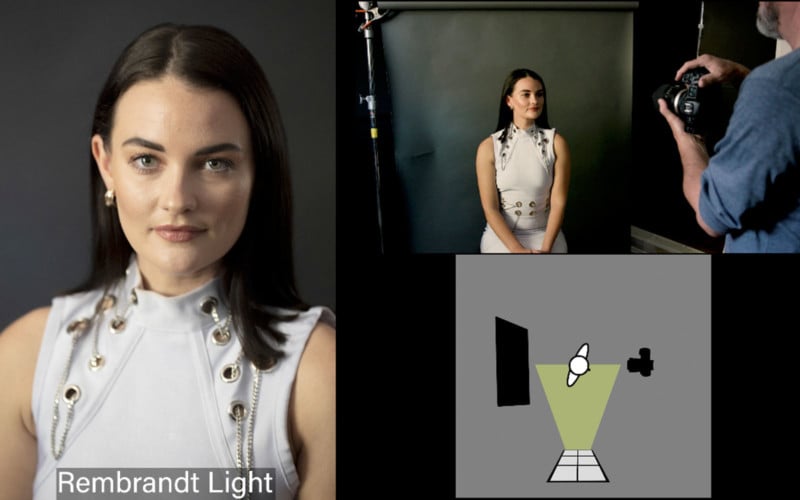 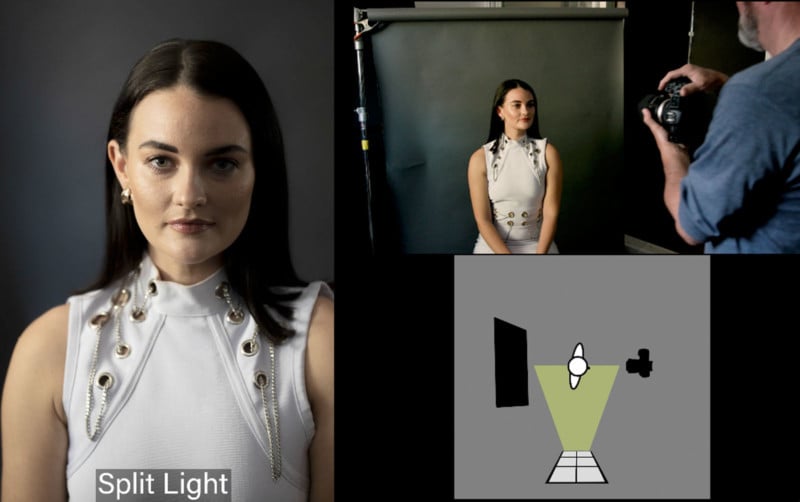 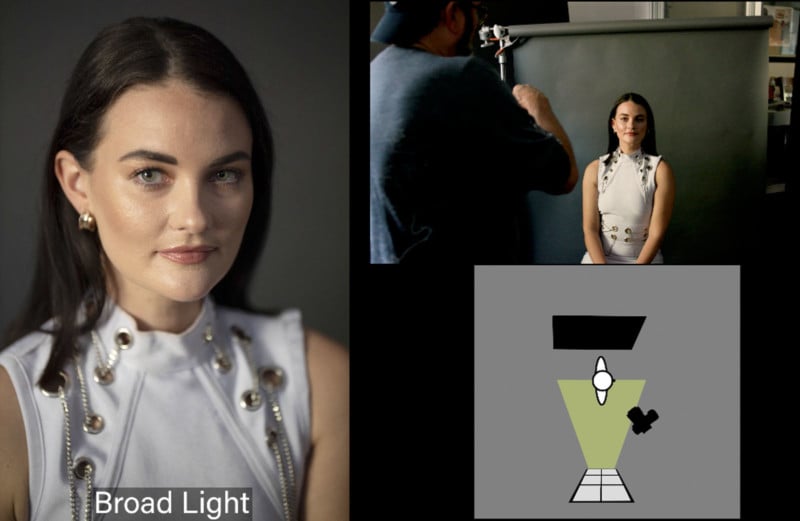 So it’s just a matter of moving her in relationship to the light source and moving the background and make sure you have a nice background light behind her. 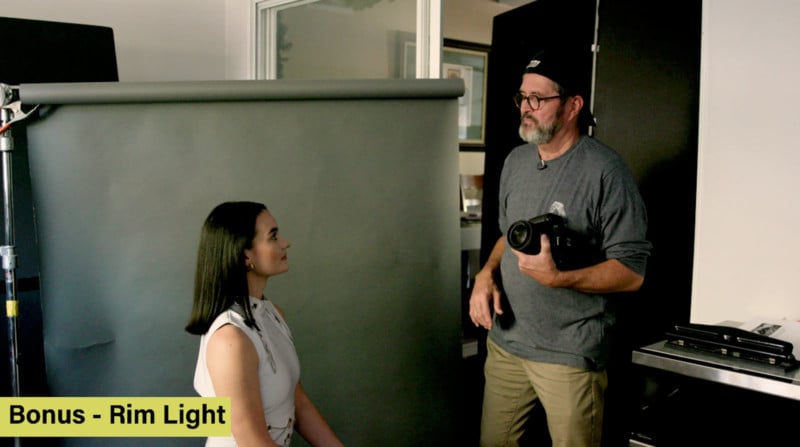 Now I’m going to move her way around. This is a back rim light that I absolutely love. I’ve got a great rim light all the way around her hair and on her cheekbones. I’m going to have to keep my background low because I don’t want it to knock out all the light in the background that’s hitting her face. 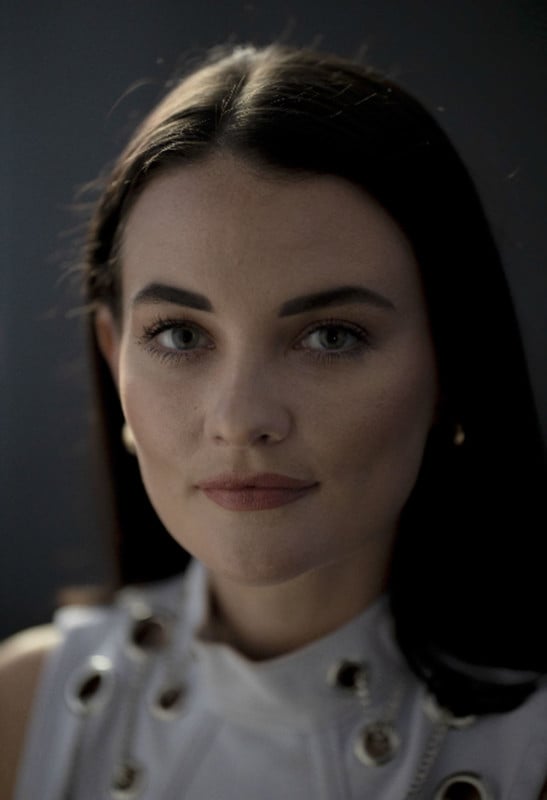 We’re going to bring my background around behind her to set up for that strong rim light. So there the light is completely behind her. It’s almost directly behind her but not quite, I can come around just a little bit here. That gives me the nice light on her hair and on the side of her face on the cheekbones. 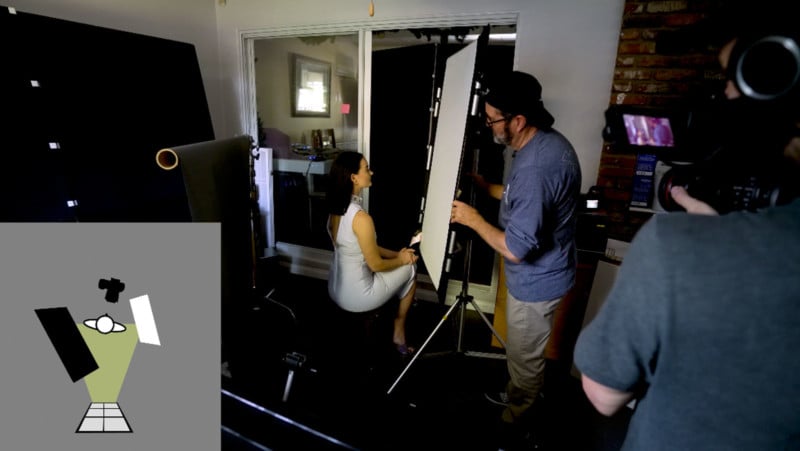 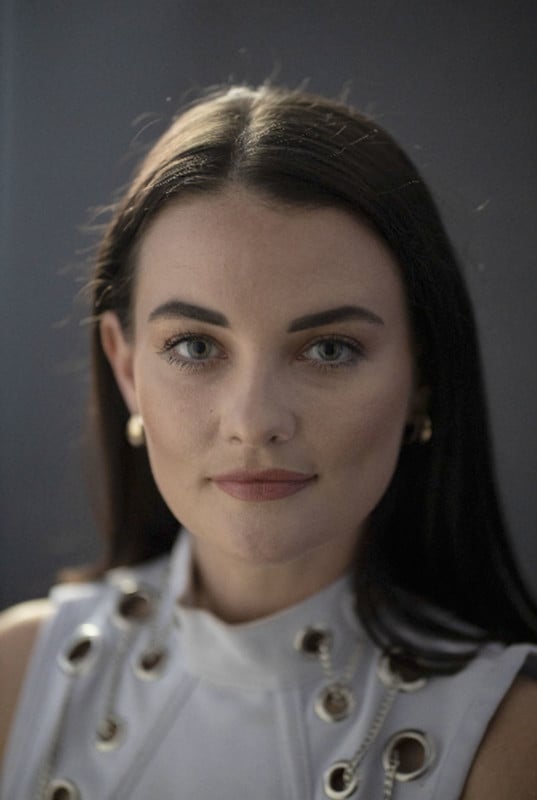 Now I’m using that window light as a rim light. And I’m bouncing light back into her face, which gives a beautiful look. It really is pretty because it wraps that light around. We have a key light and fill light from the same side. So we’ve got that hard-key on the side of her rim light. But then this reflector bounces that light back in and wraps around her face. 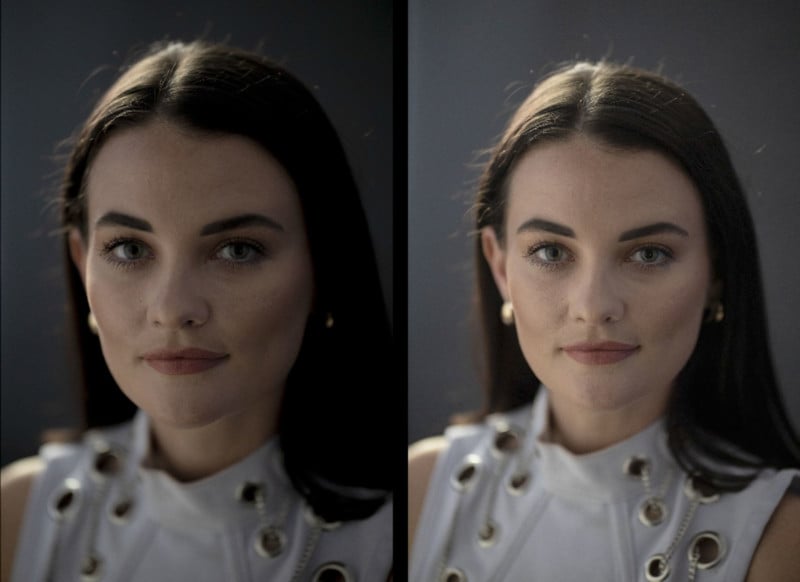 So there’s a look at using window light to create the five lighting portrait positions. Most people don’t think of window light as a source that you can control. It’s just soft in there and you just use it as is. I like to propose that you learn to create and to control it and to augment it and modify it.

If you have sunlight hitting the window, throw up a white trash bag or a sheet and it gives a beautiful soft light that comes into the room. Don’t just take it for what it is. Throw some softener in there. You can always put a card up and you can flag it. There are so many different ways to control the light that comes through the window.

People who are really good at using window light use it just like a light source. They control it, they shape it, they modify it.