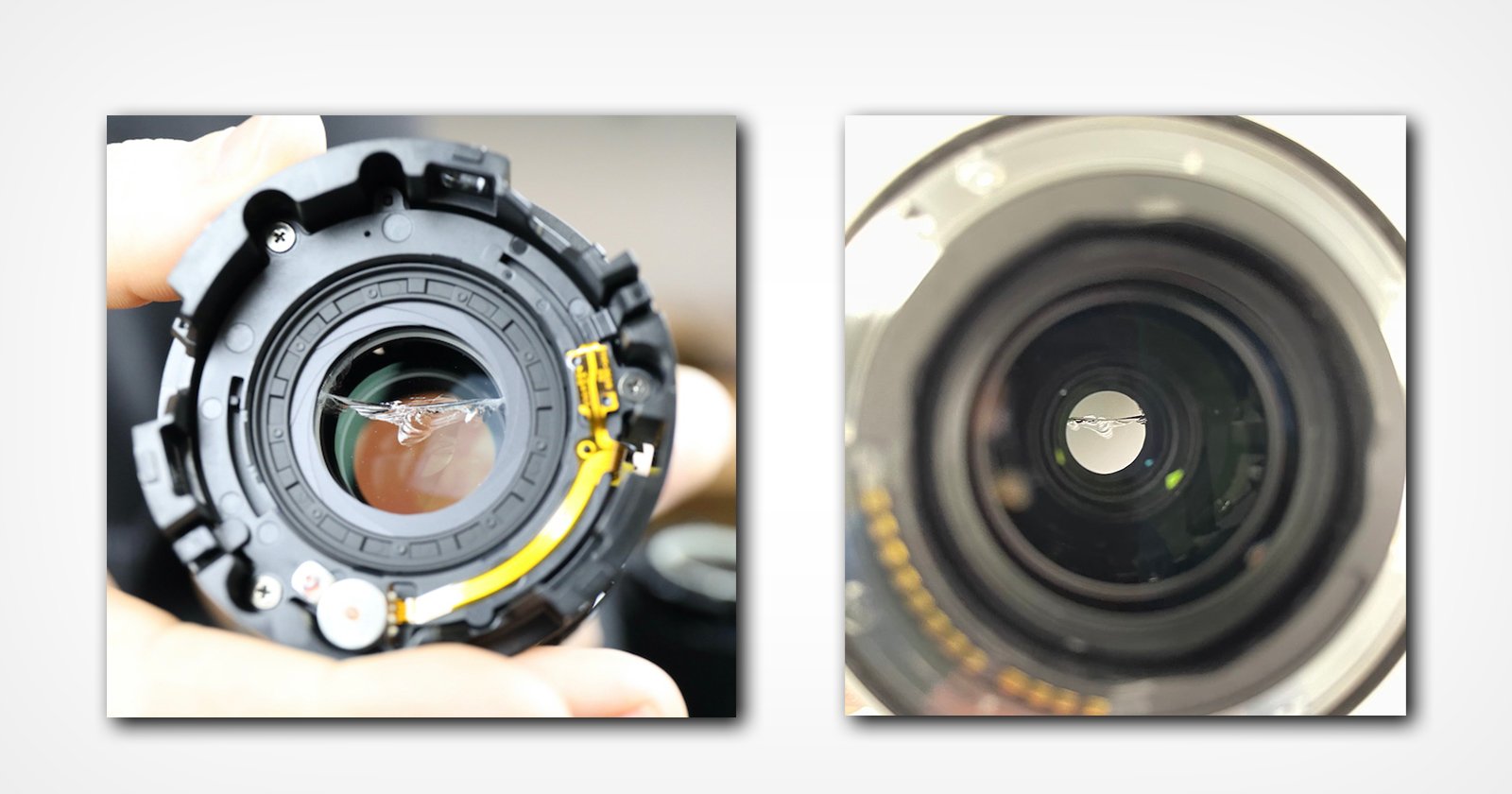 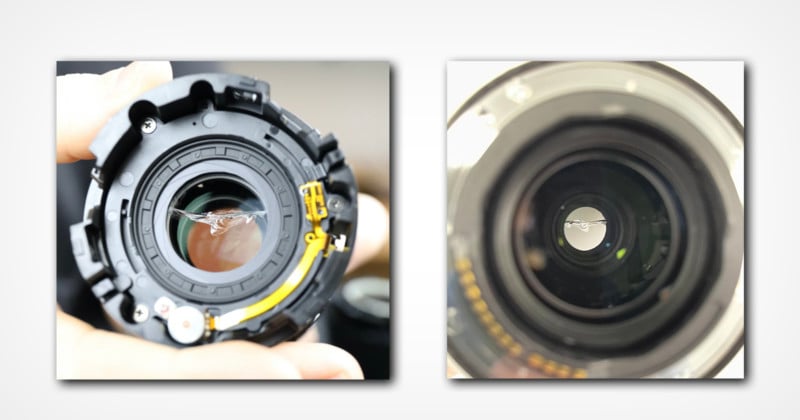 Roger Cicala of Lensrentals noticed that multiple copies of the Canon RF 100-500mm f/4.5-7.1 returned to the warehouse with the same visible crack in an internal element. Why it kept happening was a mystery.

Cicalas initial assumption was that it had to do with Canon’s change in the optical stabilization system, which no longer locks down like it did in previous lenses. If you shook an older EF lens, it doesn’t rattle. This new lens, however, does rattle. Since Lensrentals ships its products very well protected, Cicala guessed that the free-moving parts were somehow banging together in shipping which is what would cause the same type of crack to keep occurring. 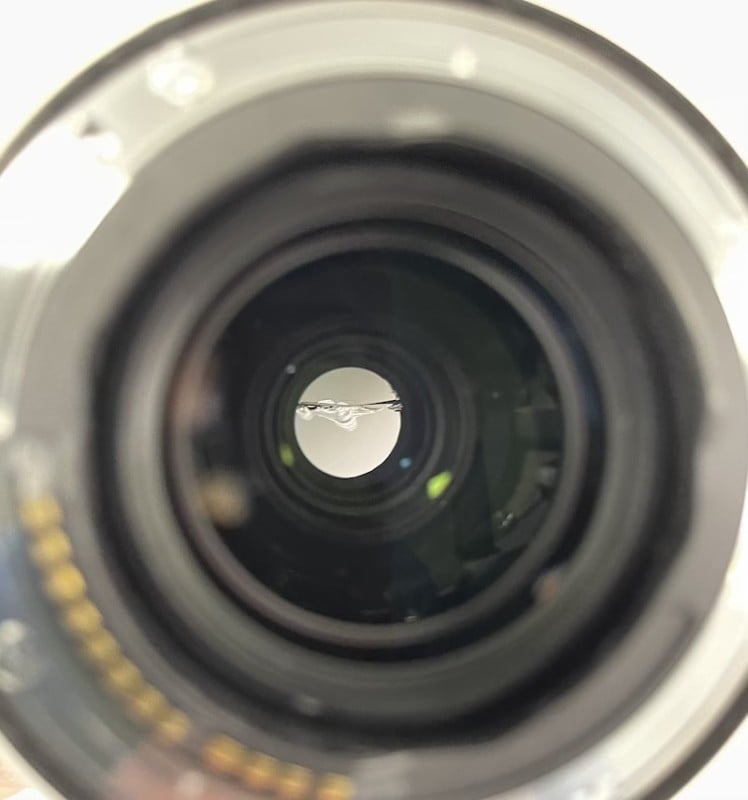 “In every case, when we looked through the lens, the crack moved when we shook the lens,” he writes on the Lensrentals blog. “So, I assumed the cracks were in the IS unit since it moves when you shake the lens.”

“The cracked element is obviously within this assembly but we still can’t be certain which element it is, other than it’s neither the frontmost nor the rearmost,” he writes. 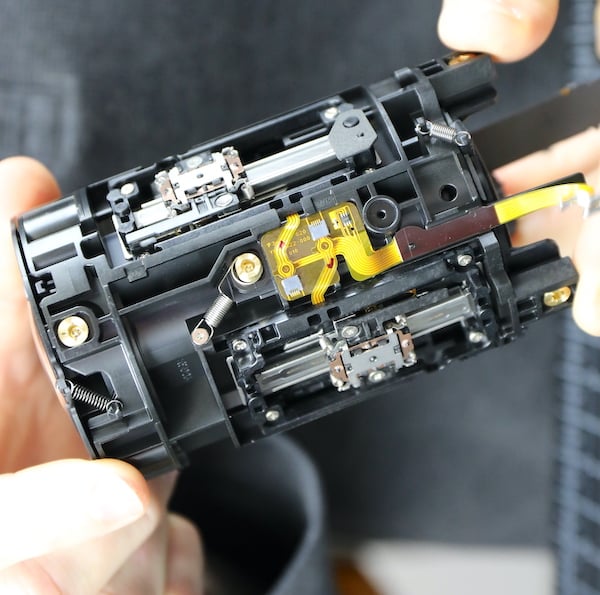 “I suspect that this entire assembly is a single part in the part catalog; that the repair center just replaces it as one piece if anything breaks in there. But we want to know what broke and perhaps find out why it broke, so we’re going to take this a bit further than the usual disassembly.”

After further disassembling the pieces, Cicala was able to finally ascertain which element experienced the crack.

“Finally, we can see that the cracked element is the one right behind the aperture assembly. That’s a thin singlet that we can tell by moving the front focusing motor manually is also the forward focusing element,” he says “There’s no possibility that this element could physically contact the one we just removed. The aperture assembly separates them and the aperture is soft and flexible, so that couldn’t have caused damage.” 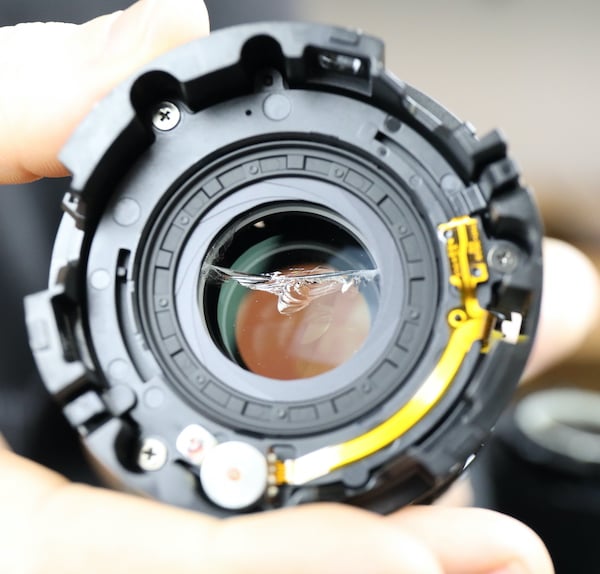 After even further teardowns, Cicala was stumped: there was no way that element physically came in contact with any other piece. What he learned for certain was that the free-moving design of the optical image stabilization system was not responsible for the crack. 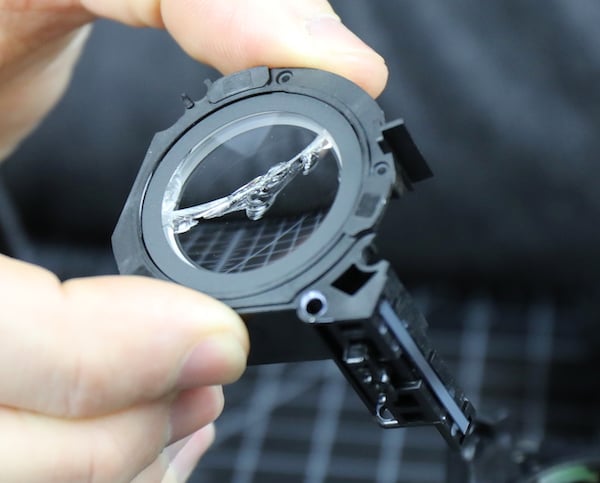 “We did carefully check the movement of each element in the inner barrel with the focus motors off, etc. and there is no possibility this element impacts any other element. There doesn’t seem to be any hard stop in its travel that could cause a shock with movement,” he writes. 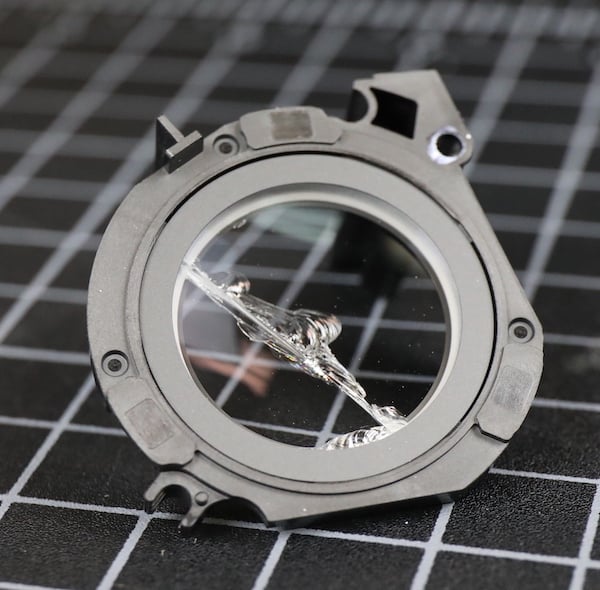 “So why did several of these crack during shipping? I have no idea,” he admits. “My first thought, given that it’s winter, was perhaps temperature shock, moving from sub-zero trucks to warm indoors or something. But I’ve asked several people more knowledgeable than I and none think that’s a possibility. The ones that cracked are all early copies from a similar serial number range, perhaps there were some flawed elements early on.”

The sheer volume of products that Lensrentals moves gives Cicala an unusual position of seeing many examples of any given camera and lens, including outlying issues like this one.

Lensrentals has provided Canon all the data that was discovered as part of this teardown, and the company has assigned a team to look into the issue. Perhaps eventually the real culprit behind the crack will be revealed, but for now it remains a mystery.

To see the full detailed teardown, check out the full blog post on Lensrentals.com.