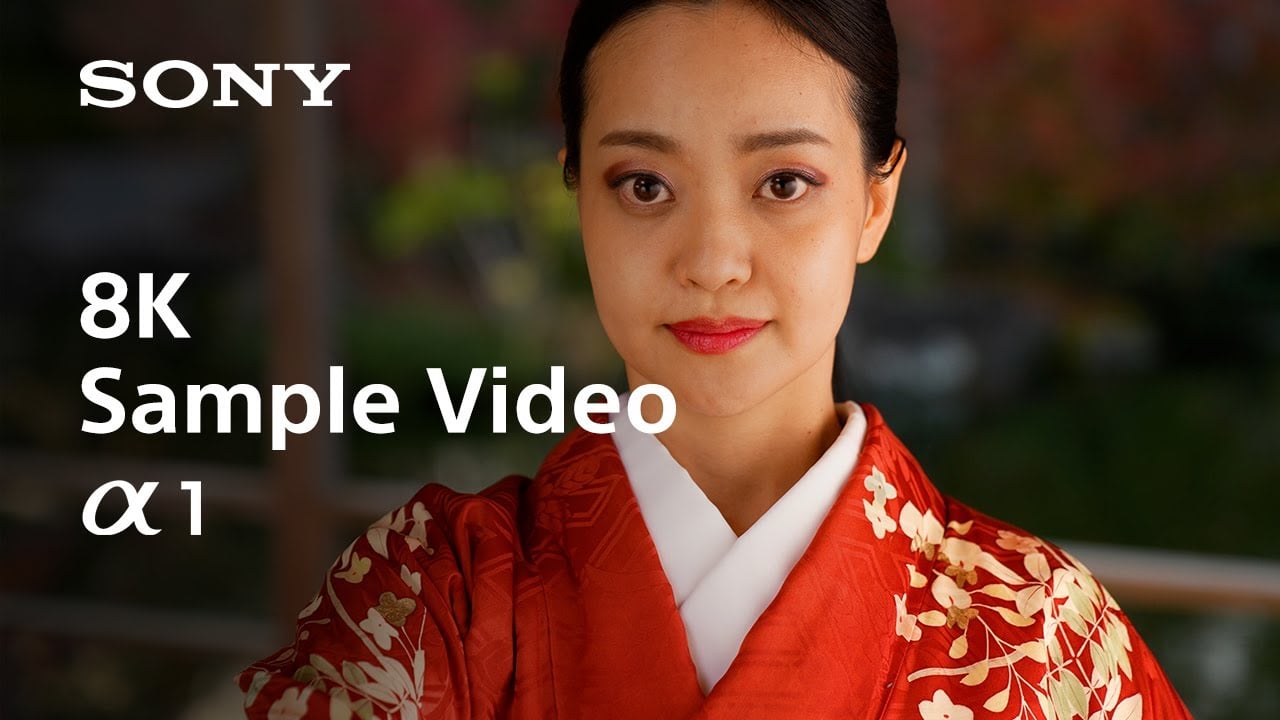 Sony has announced its new flagship camera, the Alpha 1, which is capable of 8K video capture. If you’re curious what that looks like, Sony has uploaded a video to allow for close inspection.

While it is still subject to YouTube’s compression, the video here should give a good example of what to expect out of Sony’s latest. While the Alpha 1 is capable of 4Kp120 in 4:2:2 10-bit in All-I compression, the 8K video isn’t quite as robust.

The Alpha 1 offers in-camera 4K recording at up to 120 frames per second which allows the user to shoot up to 5X slow-motion video. In addition to supporting 10-bit 4:2:2 recording, this feature can be used with efficient Long GOP inter-frame compression or high-quality Intra (All-I) intra-frame compression.

Thanks to that massive added resolution, the 8K video (at up to 30p) is only shot at a maximum of 4:2:0 10-bit in Long-GOP compression in XAVCHS only. Additionally, Sony’s most powerful autofocus feature, Eye-AF, is still not available in any video mode (despite the description of the 8K video sample above seeming to claim otherwise. PetaPixel has reached out to Sony for clarification). If 8K is output via HDMI, it maxes out at 4:2:0 8-bit.

8k video is a full pixel readout that is oversampled from 8.6K down to 8K which allows for no pixel binning or line skipping. Additionally, 8K can be shot to both an SD card or CFexpress.

Sony has stated that the 8K video capture does run the risk of overheating if you continuously record for more than 30 minutes, but the camera technically has no recording limits. This is also true in other video quality modes.

For those curious about the other video resolutions available on the Alpha 1, Sony has uploaded this 4K film called “Hunters of Light.”

For more information on the Alpha 1 camera, we recommend reading our full coverage here.