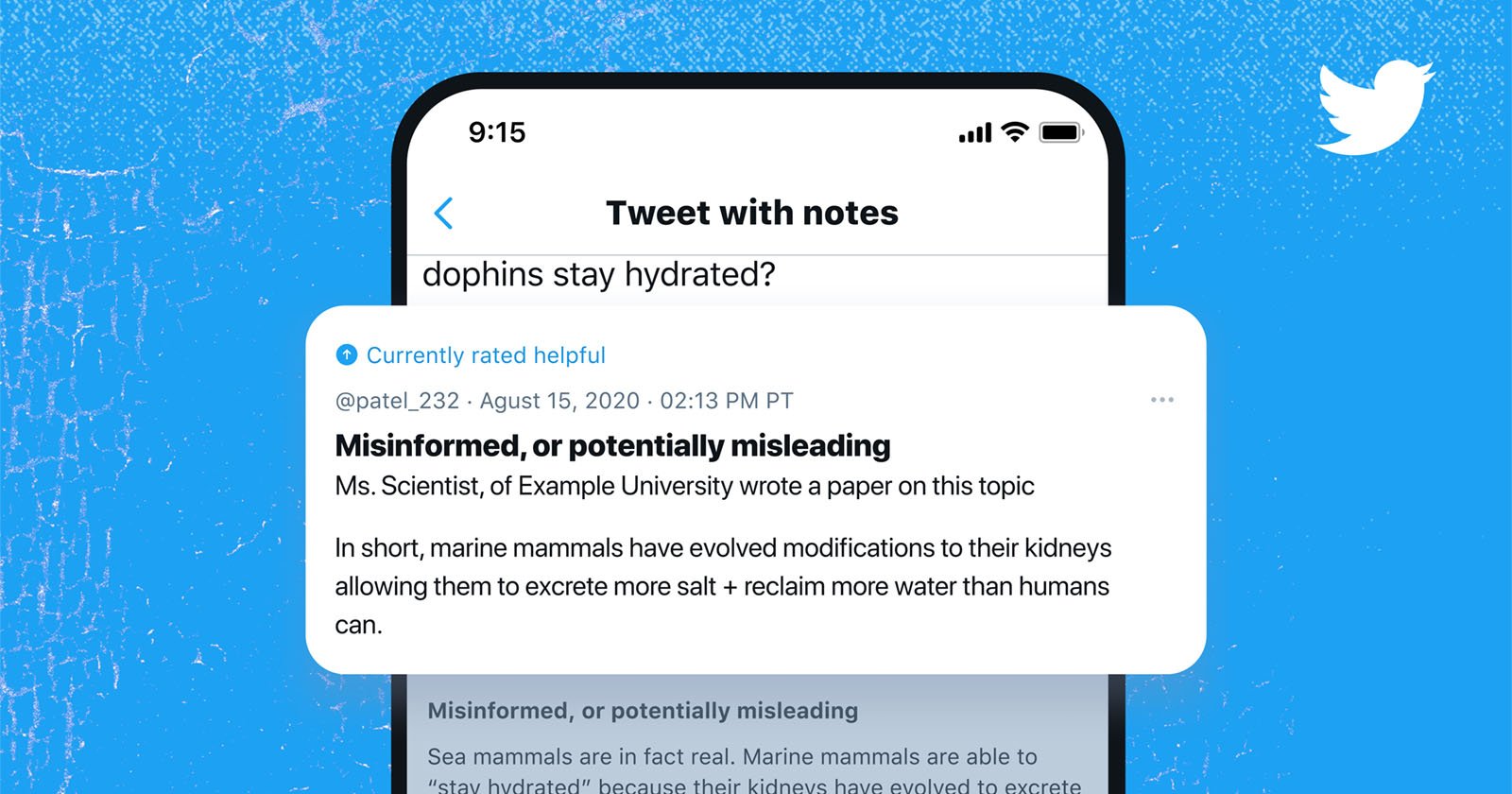 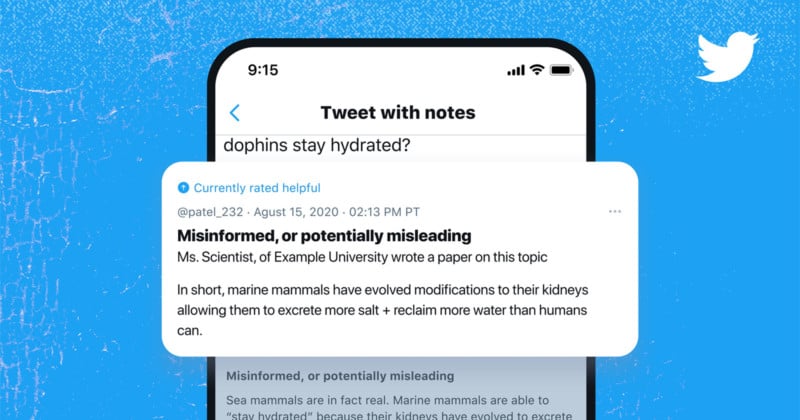 Twitter has launched a new program called Birdwatch that puts the power to fight misinformation in the hands of the public. The goal is to have crowdsourced fact-checking that can help identify fake or misleading Tweet content, including photos.

“People come to Twitter to stay informed, and they want credible information to help them do so,” writes Twitter VP Keith Coleman. “We apply labels and add context to Tweets, but we don’t want to limit efforts to circumstances where something breaks our rules or receives widespread public attention. We also want to broaden the range of voices that are part of tackling this problem, and we believe a community-driven approach can help.”

Twitter says it interviewed over 100 Twitter users across the political spectrum and received “broad general support for Birdwatch.”

Twitter provides the following example showing a misleading claim in a Tweet followed by helpful and unhelpful notes left by Birdwatch contributors: 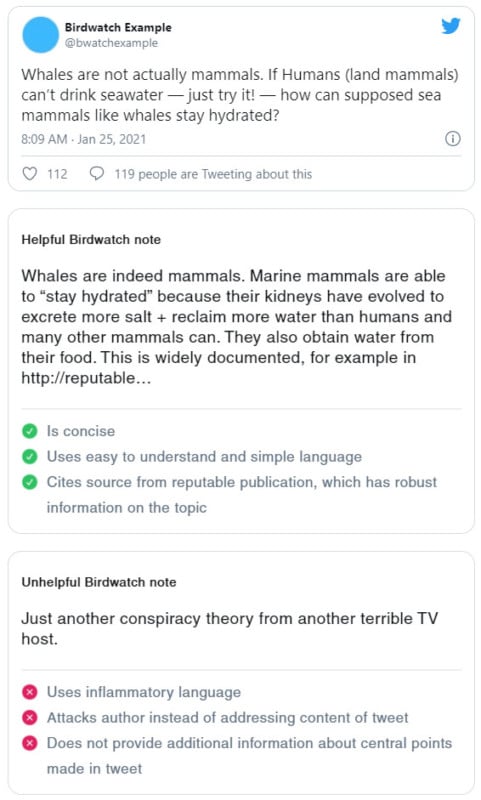 After signing up to the Birdwatch program to help contribute notes, you’ll see a new “Contribute to Birdwatch” option in the “•••” menu of each Tweet: 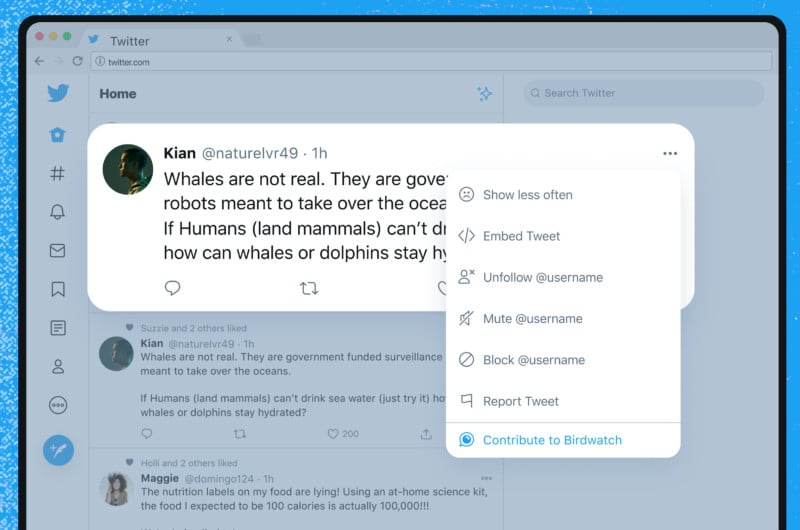 Notes contributed to the Birdwatch program will only be visible on a separate Birdwatch site during the first phase of this pilot. Contributes can also rate the helpfulness of notes left by others.

“These notes are being intentionally kept separate from Twitter for now, while we build Birdwatch and gain confidence that it produces context people find helpful and appropriate,” Twitter says. “Additionally, notes will not have an effect on the way people see Tweets or our system recommendations.

For transparency, all Birdwatch data will be publicly available and downloadable, all algorithms will have their code made public, and the system will continue to be built with input from experts, researchers, and the public in order to identify opportunities and flaws.

Twitter says it eventually aims to make Birdwatch notes directly visible on Tweets for everyone using the service “when there is consensus from a broad and diverse set of contributors.”

“We know this might be messy and have problems at times,” Coleman says, “but we believe this is a model worth trying.”

The Sword-Billed Hummingbird: A Knight of the Andes
Some Notes on AI, ChatGPT, and the Photography World
Lightroom Coffee Break: Give Folders Color Labels in Lightroom Classic CC
What is Butterfly Lighting and How to Use It for Portrait Photos
The Benro Theta is the World’s First Auto-Leveling Tripod