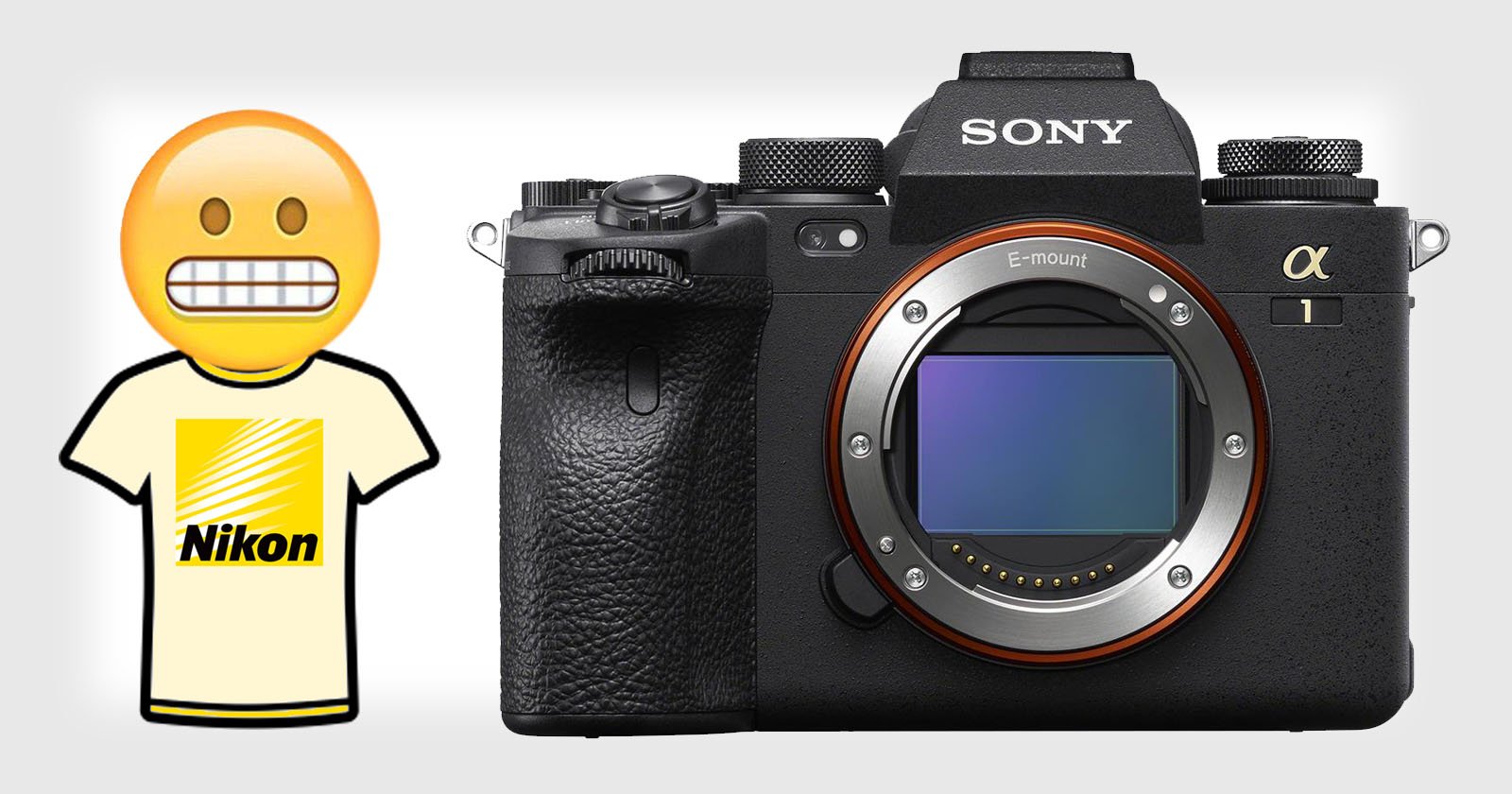 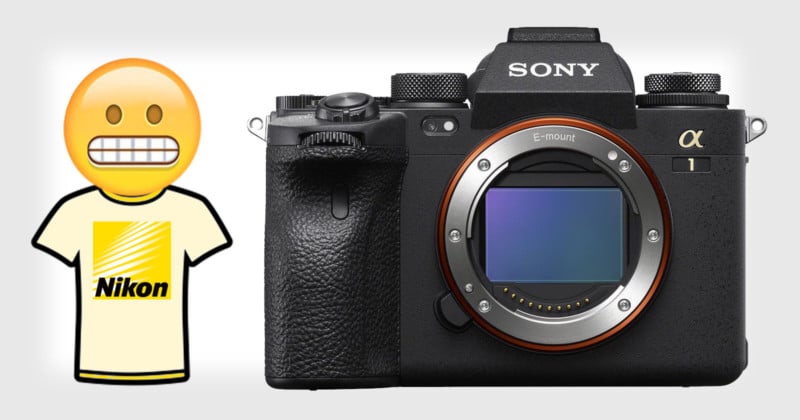 Sony’s non-surprising Alpha 1 announcement this week seems to have set a few Nikon shooters into panic again. More disinformation and clickbait headlines are also proliferating. The common theme seems to be “Nikon can’t/won’t keep up and will fail.”

At this point I’m aware of quite a bit of future Nikon product being developed. I’m not going to go into very specific details. Assuming my (multiple) sources aren’t pulling my leg for what would seem to be illogical reasons, Nikon will have some moments in the sun soon, too. And the Z transition will continue.

Why did I write “non-surprising” in the first sentence? Because Sony Imaging did exactly what they said they would do: try to bring speed, pixels, and low-light into some form of conjunction in a product. I’d grade them an A, B, and C, respectively in that. Speed is without question here. The stacked sensor design and dual BIONZ is a lot of horsepower that we’ve not seen working together before, and the A1 is basically as good as it gets right now in terms of internal bandwidth (speed). Thus, the A grade there.

Pixels are a trickier thing. For 8K you need to be at a minimum of 33MP to do full sampling. For some esoteric reasons (getting to the 16:10 crop some want, for example), you may want to provide at least 42MP. Being able to oversample provides a few additional benefits. I’d judge 45-50MP to be where the gang will all congregate, and Sony’s right there. B grade for getting there early.

Sony disguises a few things in their low-light claims. What a lot of folks aren’t noticing is that Sony took a small step back, with ISO 32000 being the top value before the camera resorts to multiplication. The 15-stop DR claim is once again akin to an engineering DR claim (and unspecified as to SNR). One of their claims is that the Medium size images—which would be binned or otherwise downsampled—are “clean.” Sure. So is a Z7 II Medium image. I’m not grading this aspect above average; so C. (I might change my mind after reviewing the camera, but the low light claims in Sony’s marketing don’t seem to suggest clear improvement.)

To me, the big news with the A1 is the combination of pixels with no EVF blackout, the expanded flash sync, and the communication capabilities (particularly in conjunction with the Xperia Pro phone). Personally, I would have preferred to see a beefier body, a better LCD panel, and more crop choices. But no doubt the Sony A1 is a high-end body, and currently the mirrorless “leader” in that respect when all is taken in together. A bar has been set.

So the question those of you reading this have is whether Nikon will get over that bar or not (Canon shooters have the same question, though the R5 is closer to the bar than the Z7 II). In the interest of answering that question for you, I’ll try to answer some of the sub-questions that arise based upon what I hear out of Tokyo:

Yes. I’m not entirely sure as to the timing. My suspicion is that the idea has been to launch this camera in late spring after the yearly results, or perhaps early summer. The pandemic, the supply chain issues, the chore of moving all production to Thailand, the lure of being ready for the Olympics, as well as other things—including Sony’s launch of the A1—probably all come into play.

Will it do 8K video?

Will it have more pixels than a Z7 II?

I think not. What I’m hearing is that Nikon has put significant resources into improving their sensors at the 20MP, 24MP, and 45MP points for the next few cameras they’ll announce. More pixels will come later, and it may be more than you expect.

Will it shoot faster than a Z7 II?

Will it have pixel-shift?

I don’t know. This is something Nikon needs to catch up with (as does Canon).

Will it have a different body?

Will it have more control, more performance?

Will it have a better EVF?

I don’t know. Better EVFs are available to Nikon, so I’d be surprised if they didn’t make an improvement.

Will it match Sony’s smartphone connection?

No. Sony has an advantage there in controlling both camera and phone.

SnapBridge and the other Nikon connectivity has been improved over time and will continue on that path with this new model, but I believe Nikon’s still missing something obvious, particularly for high-end cameras that might appeal to PJ’s, sports shooters, and other professionals. The missing element could be fixed with the right app and camera support, and amplified with a few key image review changes.

Will it cost more?

Absolutely. The camera I’m (not, wink wink) describing here will become the new high-end of the Nikon Z lineup.

Will this camera match a Sony A1?

No, not exactly. Nikon’s targets are a little different than Sony’s. But I’m comfortable in saying I think that the camera as it has been described to me would be entirely satisfying to the Nikon faithful. In one way, it might be seen as better.

That’s about all I can say without revealing details that might point to my sources for the information.

I’ve also heard details on three other Z bodies in prototype at this point. One of those will definitely be of interest to you. One probably wouldn’t be of much interest to this site’s current readers. Moreover, I’ve now heard details on six new Z-mount lenses that haven’t shown up on the Road Map yet. I think we’ll also see the missing screw-mount lens adapter, too. I know that Nikon has heard the screams on that.

So let’s dispense with the “Nikon isn’t trying” nonsense. As far as I can tell, they’re in hurry-up mode and juggling more new stuff than they usually do for any given time period in recent history. One decision they seem to be exploring would really surprise most of you readers and would pretty much blow up the notion that they’re on the outs and can’t invest in their future; you wouldn’t make that sort of decision if you thought you couldn’t compete.

So, I’m not bearish on Nikon. I’m somewhat bullish.

Great job Sony. The A1 has introduced competition that will drive cameras forward and make them the tools we all want. The A1 sets a bar that I hope Canon, Nikon, and Sony all try to clear and best in the coming years.

The opinions expressed in this article are solely those of the author.

About the author: Thom Hogan is a writer and photographer who operates specialty Web sites for Nikon film SLRs (filmbodies.com), Canon and Nikon DSLRs (dslrbodies.com), mirrorless cameras (sansmirror.com), and Nikon Z System cameras (zsystemuser.com). Thom’s photographic specialties are wildlife, sports, and general nature. You can follow him on Twitter @bythom. This article was also published here.