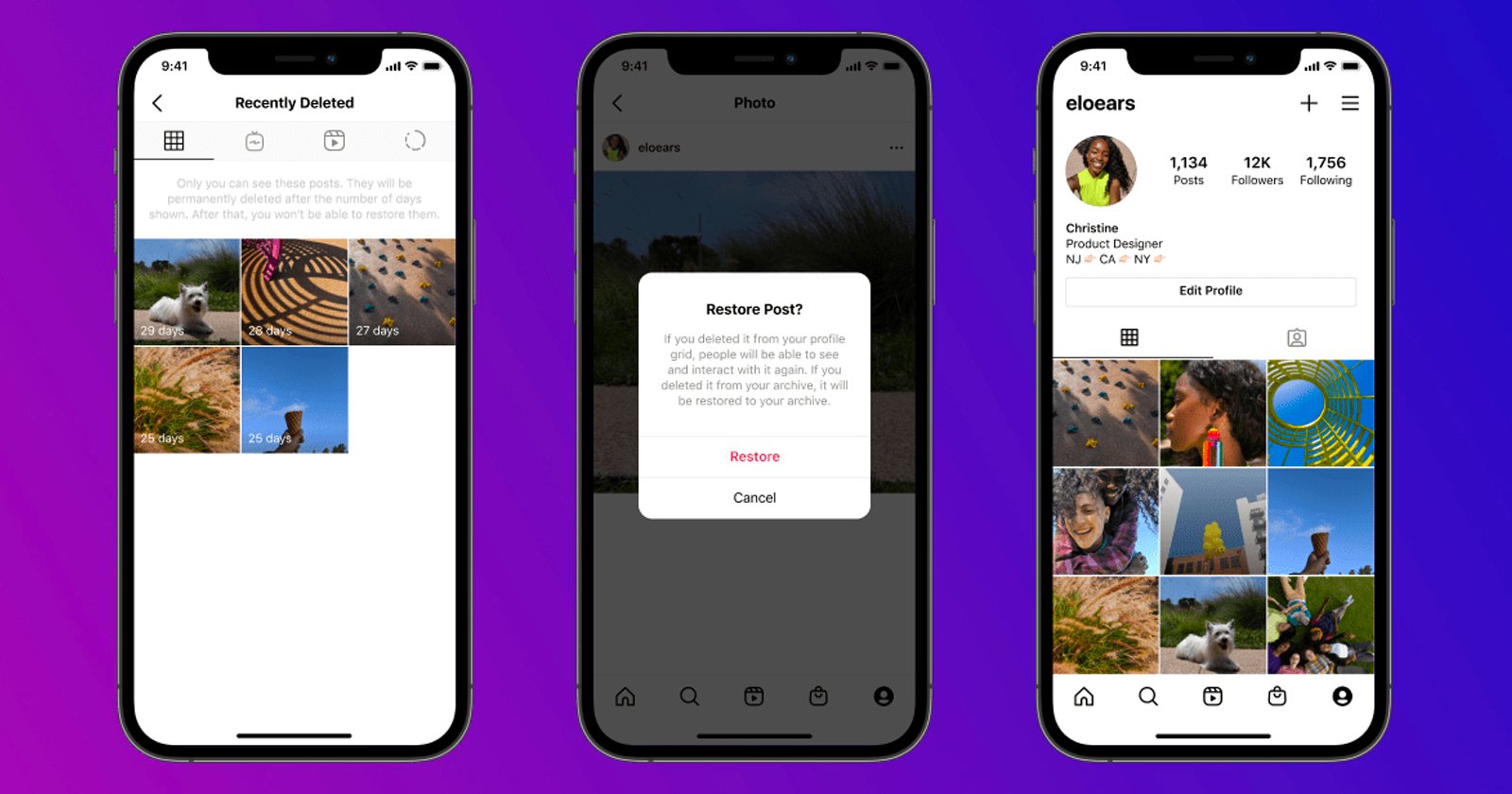 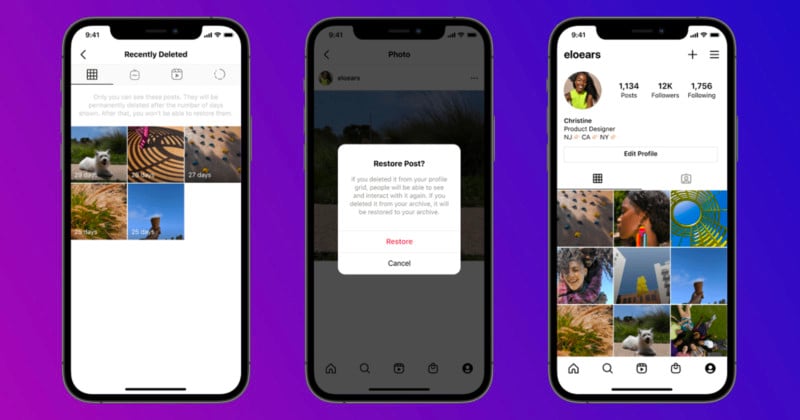 In an effort to put more control back into the hands of Instagram users, the company is rolling out the “Recently Deleted” feature. Instagram says this addition was made to mainly to deal with hackers who will sometimes delete content after gaining access to an account.

Instagram published the notice of this rollout to its official blog, saying that the addition of Recently Deleted has been a request by users for some time.

“We know this is something people have been asking for and now, for the first time, you can review and restore deleted content in the Instagram app,” the company writes. “We also added protections to help prevent hackers from compromising your account and deleting posts you’ve shared.”

With this new feature, there is now an extra step involved with permanently removing anything from an account. The feature is apparently very similar to the “recently deleted” folder in the Photos app on iPhones. If you delete something from your Instagram, it will be removed from your feed but placed into a separate section of your profile for 30 days before it will be automatically deleted for good. This section is only visible to the account owner.

During those 30 days, you can access your deleted content by going to Settings > Account > Recently Deleted on the latest version of the Instagram app. From there you can either restore or permanently delete it.

The update is rolling out to all Instagram users today and is available as part of the latest update to the app.