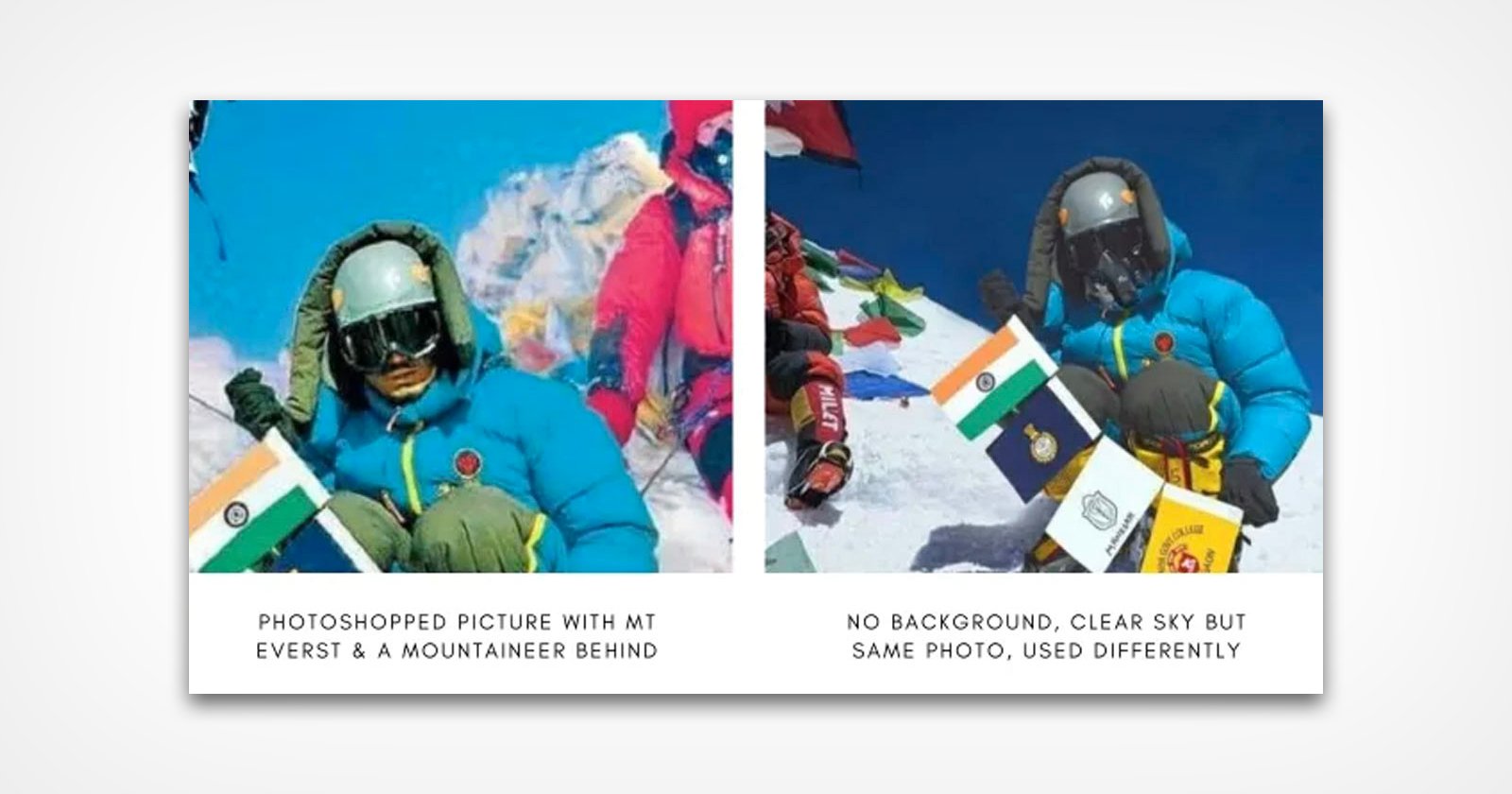 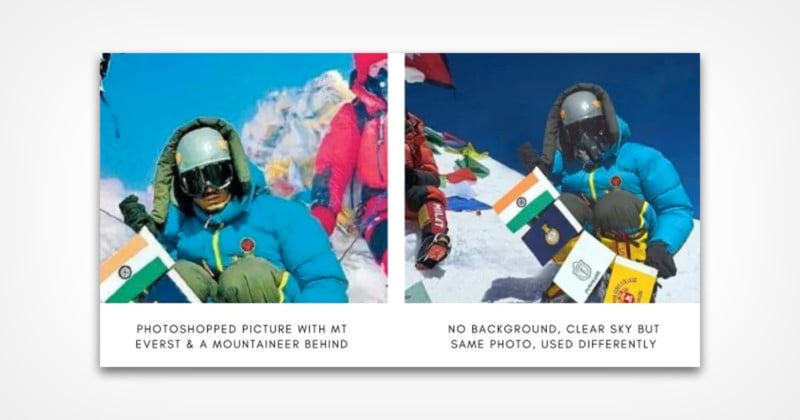 Two Indian climbers have been banned from attempting to climb Mount Everest or any other mountain in Nepal for 10 years after an investigation revealed they faked the images used to acquire the certification from the Nepalese government.

Narender Singh Yadav and Seema Rani Goswami submitted photos of their supposed climb to the Nepalese government who certified the climb, though at the time local Sherpas apparently questioned it. The duo claimed that they were part of a 15-person group that ascended the mountain in 2016. Now several years later, as part of an effort to root out false claims of climbing success, a Nepalese tourism official called into question the images submitted by the duo.

“Their claims for Everest summit couldn’t be established,” said Pradip Kumar Koirala, a Nepalese tourism official, to the New York times. “We have recommended action against them.”

The investigation into Mr. Yadav and Ms. Goswami began last August and concluded just this week with the verdict that the two did in fact fake the images of their climb. Yadav has adamantly refuted the assertation that his climb was faked, and has filed a police report complaint against his guide in Nepal, who he claims was misleading people by denying that he had scaled the mountain.

The photos submitted for certification had several abnormalities that did not stack up once scrutinized. Firstly, the photos depict clothing that is surprisingly clean and neat considering the challenges associated with reaching that point. Additionally, there is no wind visible in the flags shown in the images, highly unlikely given the strong wind conditions of that location. Shadows are also inconsistent, there is no oxygen pipe attached to the face mask, and there is no reflection in the goggles either.

The New York Times reports that the investigation into Yadav and Goswami showed that both had made it to what is known as the “death zone” of elevation on the mountain: more than 27,000 feet, which is 2,000 feet short of the summit. Their guide apparently warned the couple that their oxygen was depleted and they were not physically fit enough to reach the summit and they were rescued and retrieved.

According to this report, the duo has been banned not only from attempting the Mount Everest climb again, but from climbing any other mountain in Nepal for 10 years. Nepal’s Ministry of Culture, Tourism, and Civil Aviation has also imposed the same ban to their group for allowing the faked climb to happen.

Nepal does not currently assess fines for faking climbs.

Indian citizens who successfully make the climb are often given national awards from the government, which can involve promotions and lifelong benefits. Because of these perks, the interest in attempting the climb has grown in India in recent years. Yadav was set to be one of those who would receive the award, but that was put on hold as a result of the Nepalese investigation.

Nepal is one of the region’s poorest countries and the cost of investigating and rooting out faked climbs is expensive and resource-intensive. Unfortunately, the number of people attempting to fake climbs has sharply increased over the last decade to dozens every year.

This particular faked climb is one of two high profile cases of Photoshopped images used to acquire the coveted certificates. While it took much longer to verify the issues with Yadav and Goswami’s certification, two other climbers were also caught faking the climb in 2016 and were subsequently banned.

(via DPReview and New York Times)