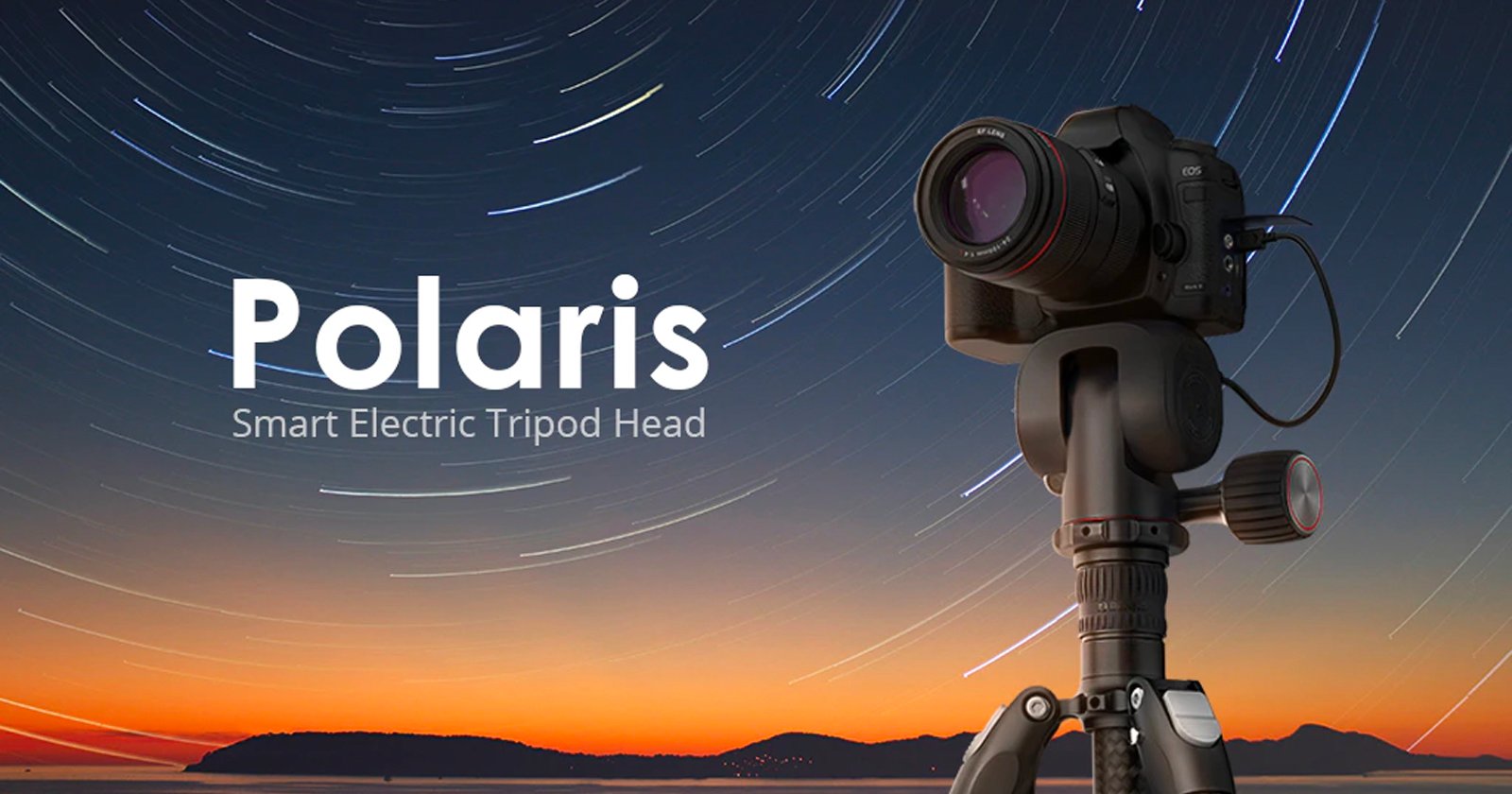 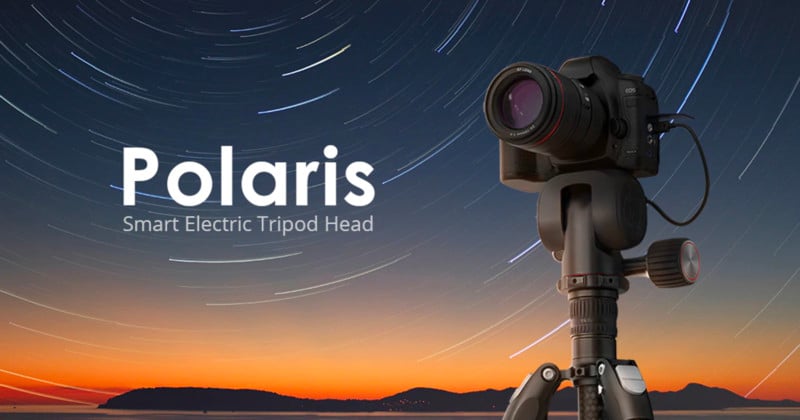 In an effort to simplify and condense photography kits, Benro has launched the Polaris: an electric tripod head combined with a smart camera controller. It combines the benefits of a traditional tripod head with the smart controls necessary for complicated camera moves.

It’s a combination electric gimbal and a smart camera controller that allows you to control the shooting angle along with supporting live previews, parameter settings, and pre-programmed movements.

Polaris says that its device has a built-in smart AI controller powered by a 64-bit ARM processor, which when combined with a Linux-based system allows the head to run independent calculations without relying on the computing power of a smartphone. So while movements, previews, and settings can be controlled via a smartphone and app, the real “brains” behind those operations are run by the Polaris unit itself.

The Polaris also has WiFi, 4G, GPS, a gyroscope, and a compass sensor to help allow its user capture the most complex shots. The WiFi or cellular connection is used to give a real-time preview of what the camera sees to a smartphone, which allows it to be “controlled from anywhere.” Not only can this connection be used to preview and set moves, but it can also be used to download images from the camera to your device.

The idea behind this kind of connection is to allow photographers to shoot in uncomfortable, challenging, or poor weather conditions without needing to be right next to the camera. With the wireless connection, users can check on the status of the device from the warmth and comfort of a house, tent, or car.

It wouldn’t be advertised as ideal for rough conditions if it wasn’t weather-sealed, and Polaris says it is “weatherproof” to withstand most conditions. The internal circuitry has an IPX 6 waterproof rating and the geared motor has excellent wind resistance.

Part of the selling point of the device is its fully integrated design. Many timelapse and motion control devices require a host of wires and parts that make it a pain to setup and move. The Polaris is one unit that only requires a single cable connection from the camera to operate. The design is just like a tripod head, so it can connect to any set of sticks via the universal screw mount on the bottom. 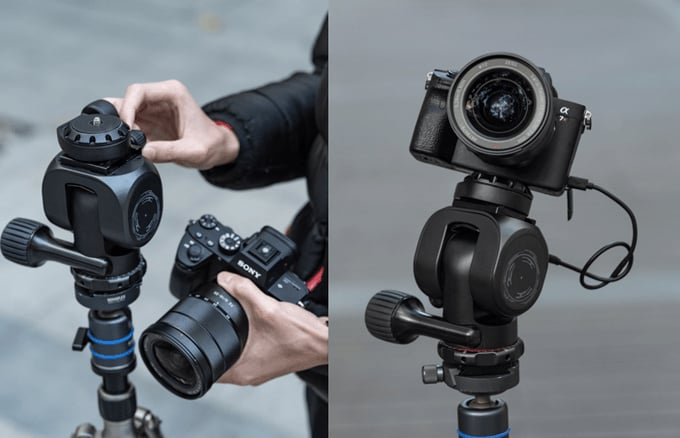 The motors are of the high-precision, high-torsion, brushless geared style that Polaris says makes it capable of handling heavy camera loads despite its small, compact size while giving shooters the ability to adjust movement down to the micro degree. The motors are also designed to use very low power and only consume battery when in rotation. This means that the Polaris is theoretically capable of running for days at a time between charges. To reiterate: if a camera is mounted to the device at any angle but the head is not currently moving, it doesn’t consume power.

Just like many other smart camera controllers available, the Polaris has the ability to capture timelapses, star track, focus stack, capture HDR images, and create panoramas automatically. Basically, the most notable features available on other controllers are also available on the Polaris but built into the central, tough, tripod head design.

If there is any downside to the Polaris, it’s how it is available to purchase. There are different levels of the device available, and each comes with different features. For example, there is a Timelapse Edition as well as an Astro Edition which has different features enabled, as well as one that includes a SIM card and another that supports power banks. It’s not a particularly easy to understand product offering, so make sure you read carefully before backing to make sure the Polaris model you select is the one you need.

The Benro Polaris starts at $500 and can get as expensive as $860, so it’s certainly not cheap. That said, what it is offering and the build quality look worth the expense. Additionally, that’s just the Kickstarter pricing. Once this product goes beyond the crowdfunding stage, it will be as expensive as $1460.

It is a bit odd that Benro has chosen to start the campaign with Polaris standing alone here (it’s listed as a new Kickstarter brand BenroPolaris). Benro is a member of the MAC Group, which also owns multiple well-respected brands, so seeing this product launched without any of that big brand backing is a bit strange. Whatever the case, as always remember that Kickstarter is not a pre-order platform, so back with caution.