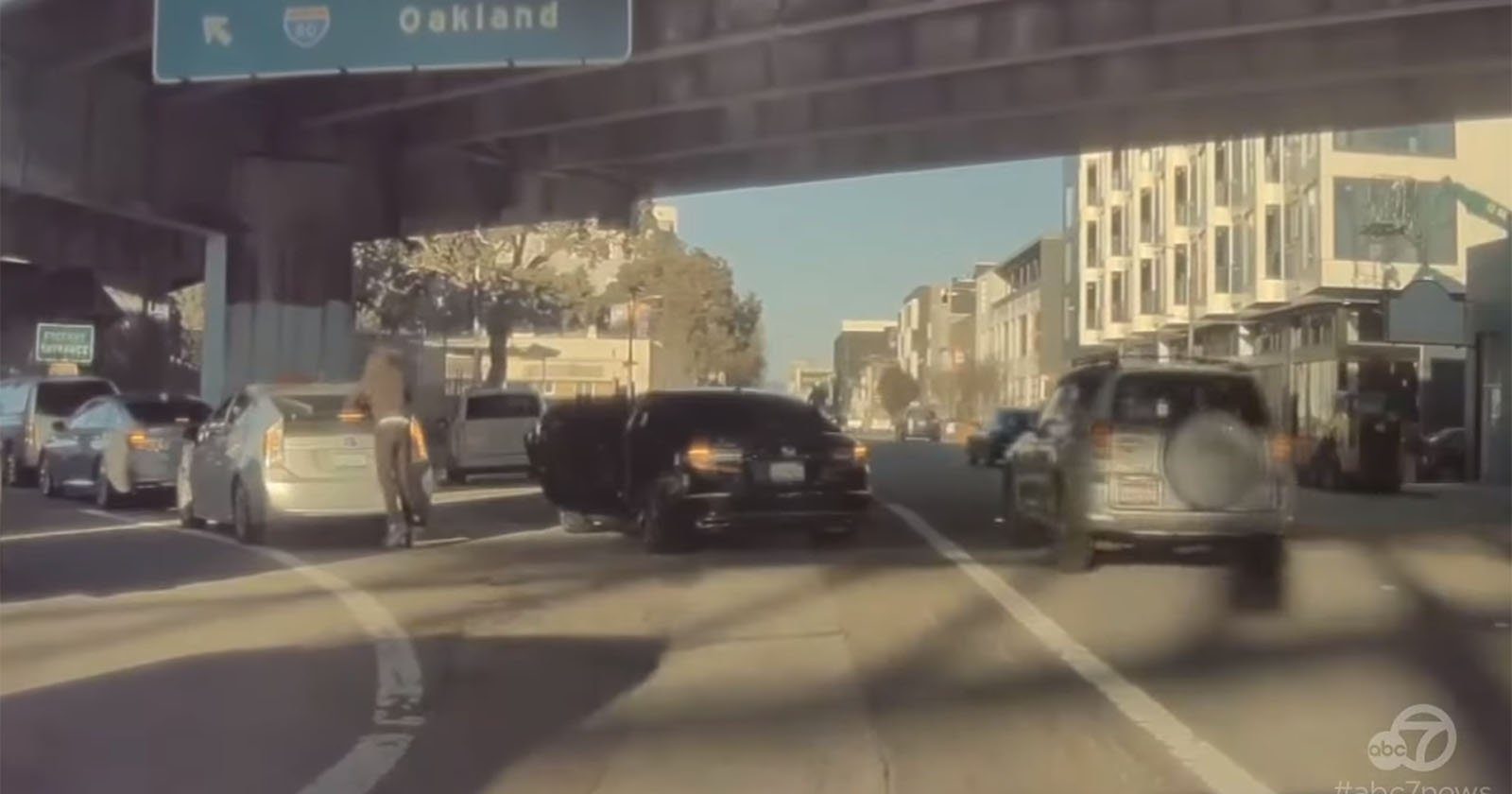 This may be the modern-day equivalent of a stagecoach robbery: a pair of photographers were just brazenly robbed while they were sitting in traffic in San Francisco. Robbers smashed their rear window and stole a bag filled with $7,000 in gear, and it was all caught on camera.

ABC7 reports that husband-and-wife real estate photographers Ben and Masha of Home Shots were waiting to get onto the Interstate 80 onramp at around 4:30 p.m. on Friday afternoon after finishing a photo shoot near Dolores Park.

As the video above shows, a dark Honda then pulled up alongside the photographers’ Prius. A man jumped out, quickly smashed the rear window, grabbed the equipment bag that was in the trunk, hopped back in the car, and sped off.

The whole incident lasted about 10 seconds from start to finish, and it was caught on camera from behind by a Tesla driver named Alex, who then pulled over and exchanged contact info with the photographers.

Masha, who had been driving the car, had noticed the dark car following them after they had left the photoshoot.

Ben estimates that his stolen gear, which included a camera, lens, drone, and gimbal, was worth around $7,000:

If you’d like to help the photographers replace their stolen gear and get back in business, you can donate through this GoFundMe crowdfunding campaign.