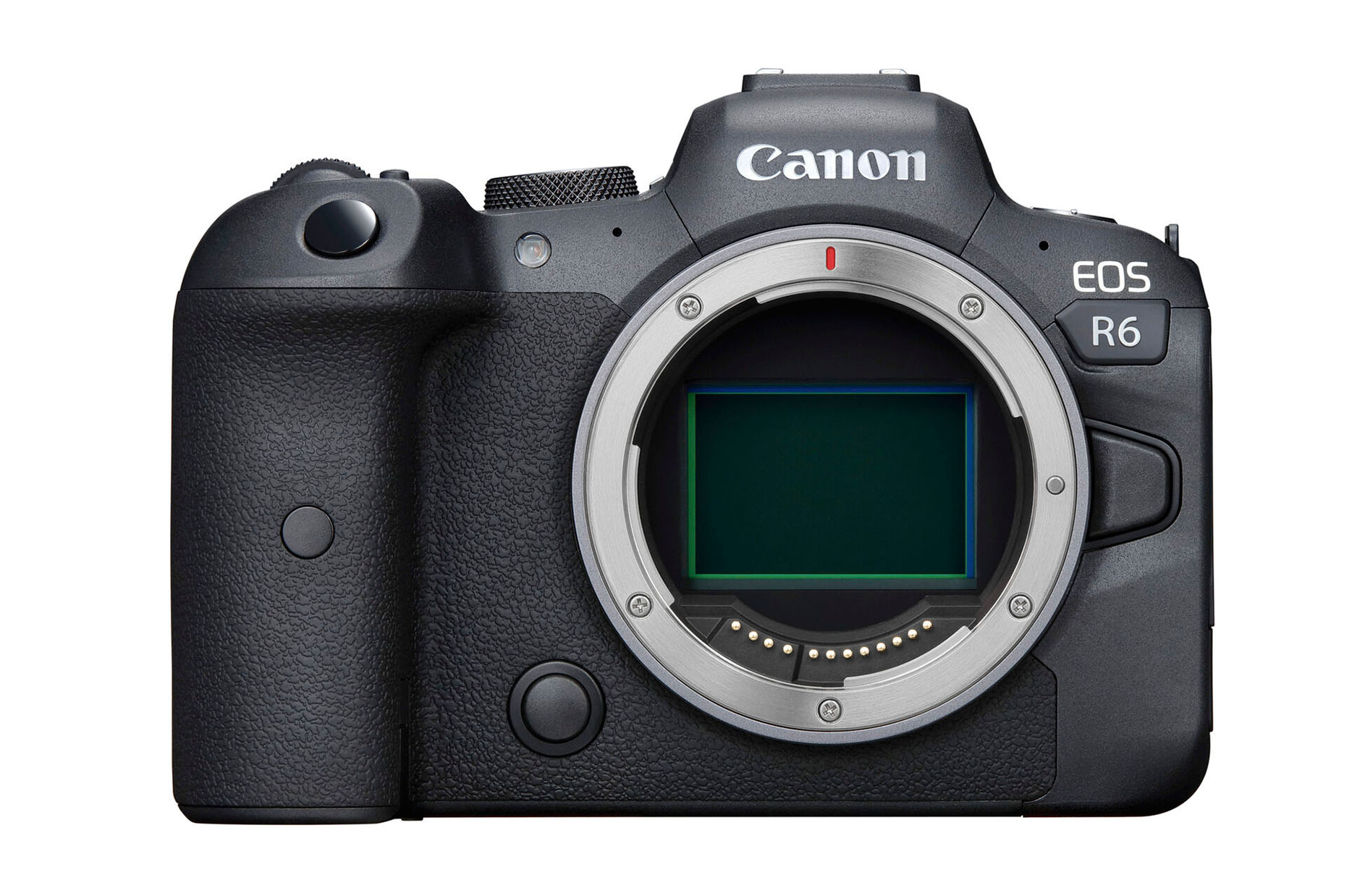 In this review of the Canon EOS R6, we will take a closer look at this mirrorless camera and compare it to others, such as the EOS R, EOS R5, and Nikon Z6 II. It is no secret that Canon’s launch of its first full-frame mirrorless camera, the EOS R, had a very mixed reception. While it demonstrated excellent image quality when paired with the new RF mount lenses, there wasn’t really anything about this camera that stood out, especially when compared to Sony’s top offerings. Featuring a single SD memory card slot, no in-body image stabilization, and a touch bar that most people ended up disliking, the Canon EOS R felt like an experiment rather than a serious photography tool. Things changed drastically with the launch of the EOS R5 and R6. Canon went back to its classic ergonomic design, added a boatload of new features, and significantly improved autofocus performance, addressing all of the issues of the original EOS R. 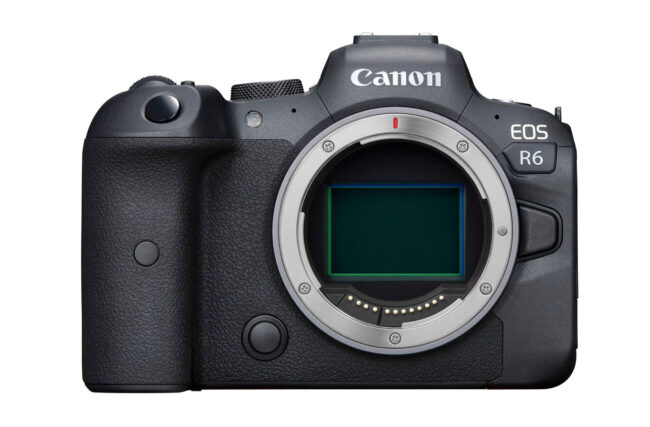 The departure from the original EOS R is vast. When it comes to features, Canon did not just match some of the best cameras on the market, it managed to exceed most of them (as you will see further down in the review). The addition of the 5-axis IBIS was a very important move, as that was one feature that was already present on all other major cameras on the market from Nikon, Sony, Panasonic, and Fujifilm. As you will see further down in this review, the IBIS system on both the EOS R5 and R6 is superb, arguably one of the best out there.

Canon has always understood that high-performance lenses must accompany a strong camera system, and it put quite a bit of R&D towards developing professional-grade RF mount lenses. With a large 54mm inner diameter and a short flange distance of just 20mm, the RF mount has quite a bit of design flexibility to construct optics with larger rear elements and better performance than their EF counterparts. In addition, since a new mount presents opportunities to completely rethink lens design concepts, Canon engineers managed to release such groundbreaking lenses as the Canon RF 70-200mm f/2.8L IS USM and RF 70-200mm f/4L IS USM, both of which are the smallest 70-200mm zooms ever released. Canon has already indicated its primary focus on the mirrorless lens ecosystem, with many more RF lenses (including super-telephoto) scheduled to be released in the coming years. In short, the future for the RF mount looks very bright.

Before we go any further, let’s take a look at the key specifications of the EOS R6.

To see the complete specifications of the Canon EOS R, please see this page on Canon.com.

So, how do the above features compare to those of the R6, as well as the original R?

While both the EOS R5 and R6 share quite a bit of technology, there are some underlying differences between the two cameras, and even more so when compared to the original EOS R. Just take a look at the below comparison table:

Another huge differentiating factor between the new line of cameras and the original EOS R is the in-body image stabilization (IBIS). Both the R5 and the R6 have the new 5-axis IBIS, whereas the R only relies on lens-based image stabilization. This is a huge factor in favor of the R5 and R6, and something that should not be overlooked when deciding between these cameras.

As I detail later in this review, the new Dual-Pixel CMOS II autofocus system is vastly superior to the original Dual-Pixel CMOS on the EOS R, especially for fast-action photography. Wildlife photographers, in particular, should take a serious look at the EOS R5 and R6, because it is the best implementation of bird AF today.

If you are into videography, the EOS R5 is going to be the best choice, since it is the only camera that can shoot 8K videos, and it does not crop videos when shooting in 4K. In comparison, the EOS R has a heavy 1.74x crop when shooting 4K videos. At the same time, none of these cameras are really suitable for serious videography needs, because they tend to overheat.

The R5 also stands out in terms of the overall construction (full magnesium alloy vs partial), weather sealing (more weather-sealed than the R6), and other features such as EVF resolution and shutter durability. However, it is also the most expensive camera of the bunch priced at $3,899 MSRP. The Canon EOS R was originally priced at $2,299, but its price has been reduced to $1,799 for quite some time now, making it the cheapest on this list.

What about the main competitors of the R6, the Nikon Z6 II, and the Sony A7 III? While all these cameras compete in the same category, there are some differences between the systems worth pointing out. Take a look at the below comparison table:

Right off the bat, we can see that the EOS R6 differs in sensor technology when compared to the Z6 II and A7 III. While the latter two have similar-resolution 24 MP sensors, the EOS R6 is limited to 20 MP. In addition, both Nikon and Sony use more advanced BSI CMOS sensor technology, while Canon uses a traditional CMOS sensor. Now, does this put the Canon EOS R6 at a severe disadvantage? Not really. As you will see from the image quality section of this review, the Canon EOS R6 produces high-quality images with high dynamic range and very little noise when compared to cameras like the Nikon Z6 II. And the 4 MP difference isn’t something most photographers would notice or really care about in real life.

Although the third-generation Sony A7 III is a solid camera, it is certainly showing its age by now. When compared to the EOS R6 and the Z6 II, its EVF and LCD have less resolution, it has inferior storage (one SD UHS-I and UHS-II instead of dual SD UHS-II), a much smaller camera buffer, and no 4K 60p video recording features. On the positive side, it is the smallest and the lightest of the three, and its battery life is far better. It also offers a strong autofocus system that Sony has been refining over many years.

The Nikon Z6 II is obviously newer and offers a richer set of camera features compared to the Sony A7 III. It has a beautiful, large EVF that makes it a pleasure to use in the field. Although on paper its buffer is inferior to that of the EOS R6, it is able to quickly transfer images from the camera buffer to a CFexpress card, something the other two cameras don’t have. Its video features are superb, and the camera can be upgraded to be able to handle RAW video output through its HDMI port, something neither the EOS R6 nor the A7 III can do. It is also priced very reasonably at $1,999, making it a great value camera. The biggest weakness of the Z6 II when compared to the Canon EOS R6 and the Sony A7 III is the autofocus system and continuous shooting speed. With both Canon and Sony utilizing AI and Machine Learning to identify and track subjects, Nikon’s AF system simply feels out of date.

If you look beyond camera specs, there are certainly pros and cons to each system. Canon and Nikon cameras have far better ergonomics and a more organized menu system compared to Sony, in my opinion. However, having been the longest mirrorless player on the market and having a more open system, Sony has a much better selection of native mount lenses from a variety of lens manufacturers.

Overall, Canon has done a great job with the EOS R6. As you can see from the above comparison, the camera either matches or outclasses its competition, which is very impressive.