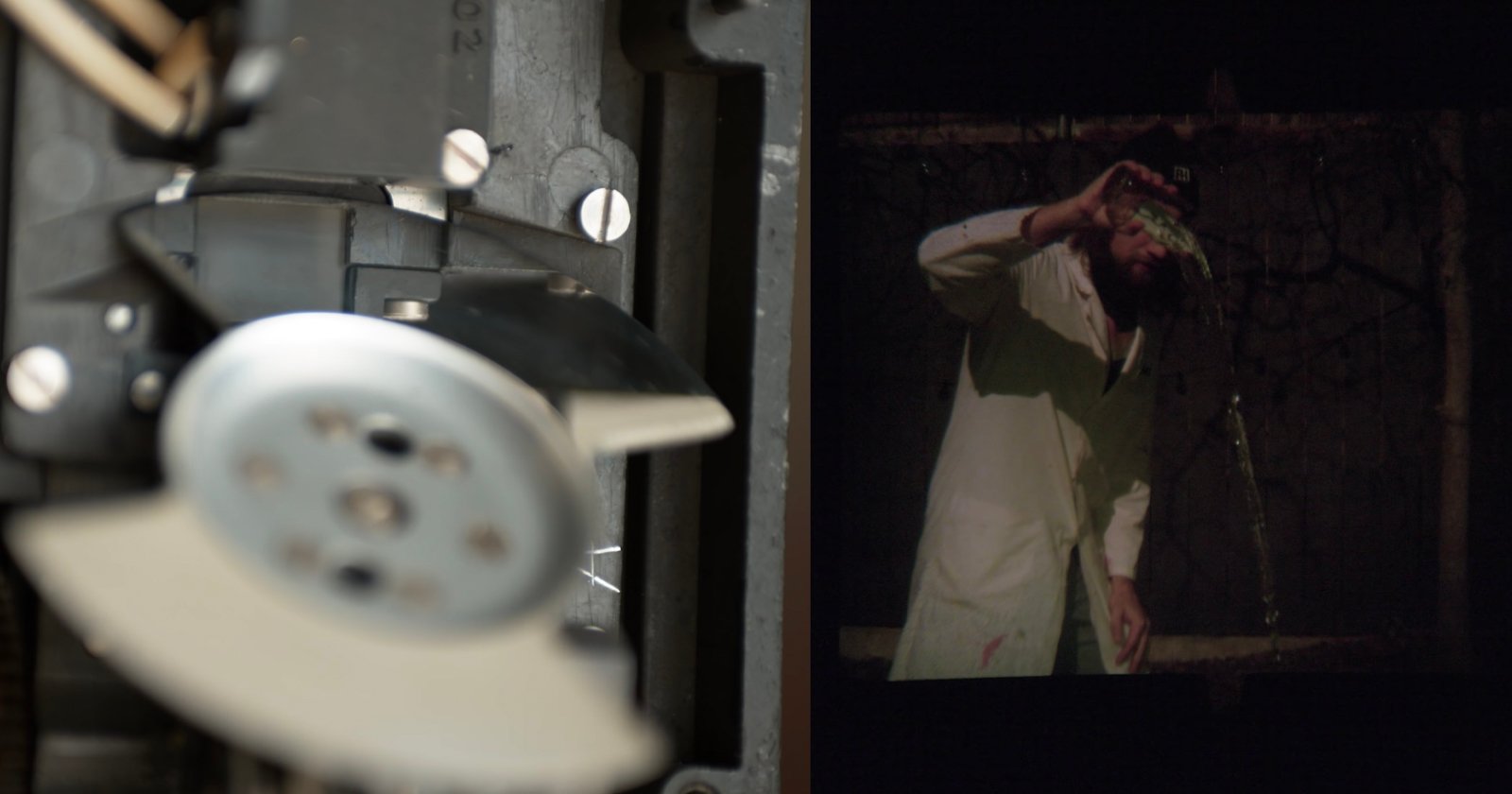 In a 7-minute video uploaded by The Slo Mo Guys, host Gav shows how an old-school handheld 16mm Russian film camera works thanks to detailed footage captured at 1,000 frames per second with a Phantom Flex 4K. 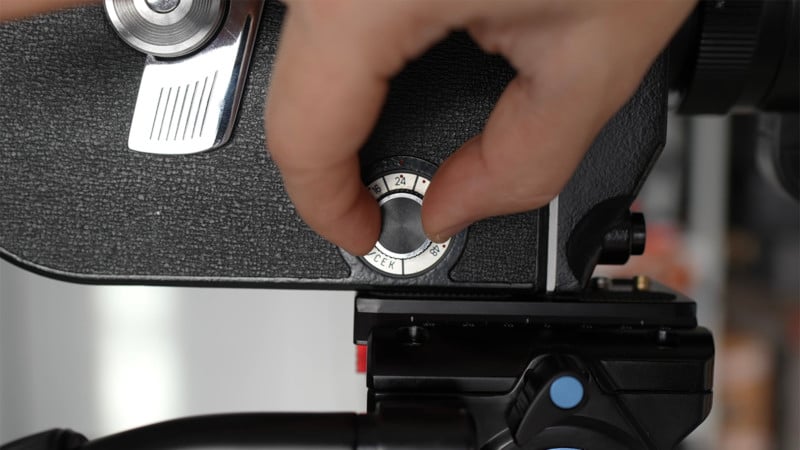 Similar to how a DSLR works, which the Slo Mo Guys shared in a previous video, this film camera provides the shooter with a true-the-lens view of the subject, so the filmmaker can actually see what the camera is going to capture. It does this through a series of mirrors that reflect down to a mirrored disc that is placed at a 45-degree angle in front of the area where the film is exposed to light.

This mirror doesn’t quite work the same way as in a DSLR, however. It doesn’t move out of the way to then make room for a shutter that opens and closes to allow a certain amount of light to hit the film, but rather just rotates out of the way to reveal the film plane. 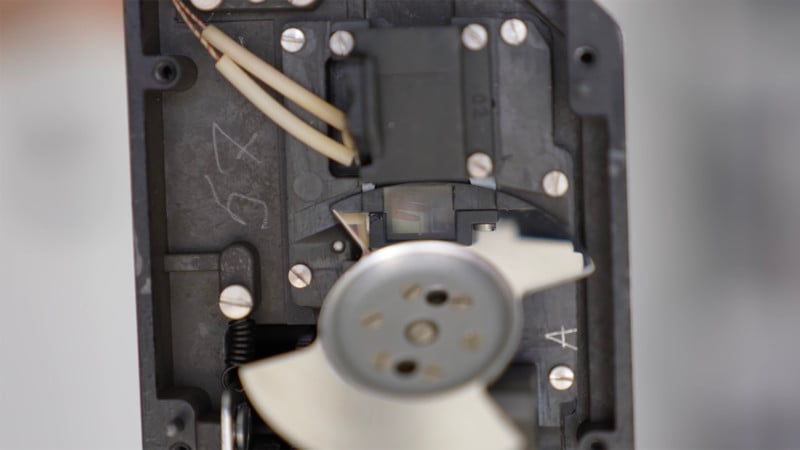 “This mirror is the shutter itself,” Gav explains. “It’s a rotary disc shutter.”

That shutter, which looks like two mirror plates on each side of a disc, spins at a rate that exposes film to light 24 times a second (or more, or less, depending on the camera’s setting). The gap between the spinning blades determines the shutter speed: every half rotation of the disc, which is one frame, the film is exposed by 1/60th of a second, which is determined by that gap in the shutter (and is fixed).

Thinking about how a DSLR works again, you’ll recall that if there is any motion to the camera during image capture, blur can happen if the shutter speed is slow enough. In that same train of thought, you might be curious why anything this camera captures isn’t a blurry mess. As demonstrated, Gav shows that as the film moves through the camera and is exposed to light, it is held perfectly still by the camera. It’s a wonderful piece of engineering. When the film goes from one frame to the next behind the spinning mirror, it moves into place and appears stationary by the time light hits it. Looking at a sheet of film that he numbered from 1 to 24 to show this effect, Gav notes that as the numbers advance, they move into place and remain steady without us (or the slow-motion camera) even seeing that happen.

To see how this works, he removes the mirror disc. What he reveals is that the machine is so well-timed that the film is perfectly moved into place by the mechanism which prevents any blur from happening.

The whole video is full of incredible, detailed shots of the film camera’s interior in motion, which for anyone who loves seeing the mechanics of cameras is just a joy to watch.