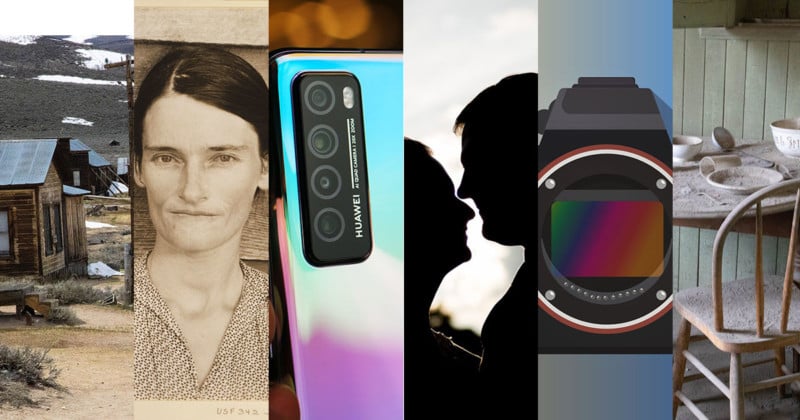 Baltimore Photographer/Activist Gets Sneaker Line from Under Armour – CBS Baltimore

Devin Allen’s protest photography has landed him two TIME covers, the Gordon Parks Foundation Fellowship, and Leica has selected him as an ambassador.

It was announced late last month that Allen, who is based in Baltimore, would get his own shoe and apparel line from Under Armour, headquartered in the same city.

“But the 32-year-old didn’t get his own sneaker because of his prowess on the basketball court. He doesn’t have any Super Bowl rings. He got his shoe because of his activism and photography — a feat that is considered a first in the athletic apparel world,” reported the Washington Post.

Mirrorless cameras are smaller than DSLRs unless you add a 70-200 f/2.8 or a 24-70 f/2.8, at which point there is really no difference in the combination. Let’s see what Scott Kelby, travel photographer, Photoshop Guy, and “struggling guitarist,” has to say.

Christopher Gregory-Rivera is a Puerto Rican photographer based in New York City. His work is particularly interested in rescuing historical narratives around power and colonialism.

In Las Carpetas, Gregory-Rivera shares a cautionary tale of the American surveillance state. The exhibition examines the bureaucratic residue of a 40-year-long secret surveillance program by the Puerto Rican Police Department and the FBI to destroy the Puerto Rican Independence Movement. Carpetas is Spanish for binder as in days before the internet that was the record-keeping method of those being watched.

In 1987 the government was forced to return the files directly to the people who had been monitored once the secret police was unveiled. That must be a first in the world when surveillance documents were returned to those who were surveilled.

PHmuseum, based out of London, is known for its program of grants, which offers £30,000 in cash prizes every year. Having organized grants since 2013, they have noticed several recurring mistakes that can affect applications. Details always make the difference. Check them out and keep these suggestions in mind when the time comes to prepare your next submission anywhere in the world.

Lavish wedding ceremonies have morphed into “minimonies” that include no more than 25 people and are often held outside.

COVID-19 has brought on hard times, and that will have a long-term effect on wedding budgets.

It seems like small weddings with intimate photos that are truly cherished will remain the norm, at least for the upcoming wedding season, but it’s not the only trend photographers see due to the pandemic. “A lot more people are reaching out now about elopements for 2021, and I’m not mad about it!” says Connecticut-based wedding photographer Rachel Kimberly Varanelli. “I can’t wait for those elopements because I know that they’re going to be such adventurous ceremonies.”

Check out:
Are Weddings with COVID Restrictions Worth It?
Harrowing Report Paints Bleak Picture for Wedding Photogs Amid COVID-19

Apple commissioned 30 black photographers to celebrate Black History Month. They all shot their Hometown on iPhone 12 Pro. The objective was to show the people and the local culture.

“I typically shoot at 50 millimeters because it’s the closest to the human eye,” says photographer Julien James from Washington DC. “I want everything I shoot to represent or be as close as possible to what we see naturally, so I was surprised to really see how iPhone 12 Pro actually shot Ultra-Wide.”

Ansel Adams always visualized the photo before he pressed the shutter. How I wish the digital photographers of today would do that (I am as guilty as everyone else).

Can’t quite believe it, but I’m in @BritishVogue writing about food photography’s role in the cookbook. Huge thanks to @rocketandsquash @Olia_Hercules @PollyRussell1 @totallyjackson, Tessa Traeger, Joe Woodhouse & Joss Herd for your invaluable insight https://t.co/PW1PT7FjtL

Photographs in cookbooks have changed the way we look at food. Check out the evolution of cookbooks from instructional to decorative and now highly Instagrammable.

Viewing the Civil Rights Movement in Color – The DePaula

i was today years old when i found out that pictures from the Civil Rights Movement were originally taken in color and purposefully shown to us in black and white to make us think it was a long time ago pic.twitter.com/v1JhI9YZb4

A claim floating around for almost a year is that photographers in the civil rights era shot in color. These photos were altered to B&W to make them appear older in media and books.

In one word: False.

Dennis Ariza has been photographing the ghost town of Bodie, California, every year for the last ten years. It is a California State Park, and this gold mining town from the 1880s is kept in a state of “arrested decay” without any restoration.

“Each time I go, I find something new of interest,” Ariza tells PetaPixel. “[It has a lot of] history and how the people lived at the time.”

He is amazed to find food on plates on the kitchen table and even homework from the children of the 10,000 people who lived here one time.

Claim: Photo shows a clear picture of the sun’s surface.

The image was shared by the Facebook page Astronomy World. Users like Amazing Physics have even attributed the picture to NASA.

Fact check: Viral photo of star is an illustration and wasn’t taken by the Hubble telescope

Peering into the heart of a volcano is not for the faint-hearted. However, this glowing liquid rock has a mesmerizing attraction to many adventurous photographers.

Lava is extremely hot and even standing close to it is dangerous. Also, a respirator is necessary to keep the fumes and sulfur dioxide out of your lungs and gloves and more to cover exposed skin.

It’s not just dogs that steal the show at weddings! Cats, camels, doves, and deer deserve their day too. Watch ten darling photos of animals of all kinds and think about adding the animals you love to your guest list.

Check out: Masai Warriors, Elephants, and Giraffes All Made an Appearance at This Stunning Wedding in Kenya

If someone screams in a forest (or underwater), does it make a sound…?

There is a wonderful primal quality to this image. It’s completely unselfconscious and visceral. My friend and fellow artist, Yanis, is a frequent collaborator of mine. We seem to have similar feelings and often find ourselves actually wrestling with the same demons. When one shoots underwater, it feels very private and unseen. It’s a perfect place to let go of any frustrations.

At the time of this work in 2009, I was shooting an underwater series called White Noise, which was comprised of still images (this was one of them) as well as Lenticular (or moving) images. I asked my subjects to describe an action, and, in this case, I thought it would be interesting to see what a scream would look like. Personally, I feel that it’s liberating and gives me a cathartic sense of release. I hope it does that for you as well.

I was shooting with daylight and an underwater housing for my Canon camera. Nothing too fancy because I have learned that complex setups do not necessarily yield stronger images. In Crescendo, the name of this image, I love the way the blue water plays against the strong black of his clothing and the clear skin tones. Nothing gets in the way of the moment.

And, to answer the question posed at the top, YES, but it’s not as loud!

Barbara Cole was born in 1953 in Toronto, Canada. Cole, who has often been referred to as an inventor, uses a raw, hands-on photographic process. Cole’s artwork is extensively collected by both public and private institutions and has been exhibited worldwide in such venues as the Canadian embassies in Washington, D.C., and Tokyo, Japan.