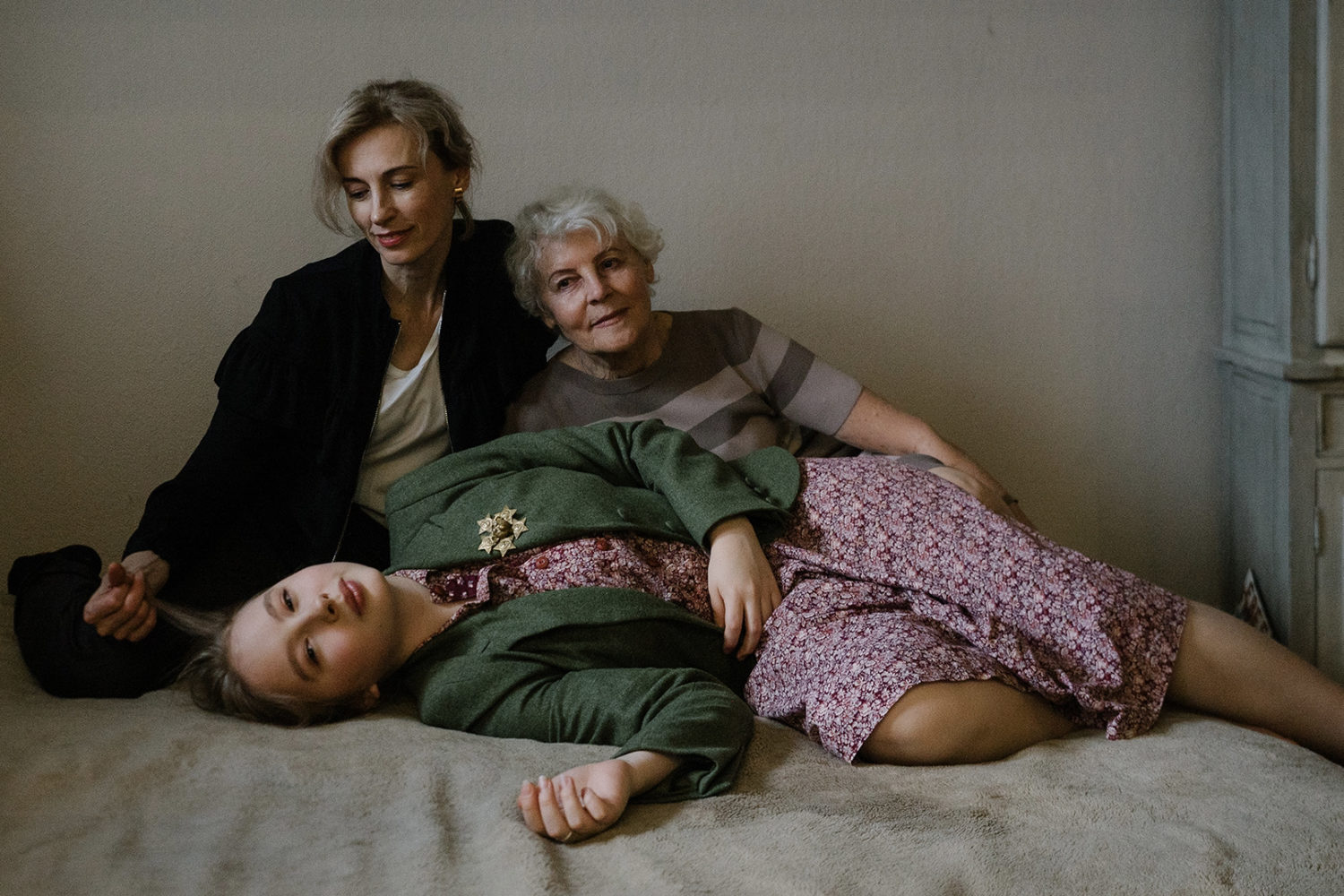 In 2019, when the French model Camille Cerf collaborated with Brand Pommpoire on a new lingerie line, the Instagram influencer Sandrine P., now in her early fifties, was one of thousands of women to enter an open-call modeling contest for the collection. She tells us, “I remember I wrote, ‘We don’t see many ladies with grey hair in the fashion industry—would you dare to try me alongside your younger models?’”

In the end, she was selected as one of four finalists and featured in the campaign. “Since then, I have been part of several photoshoots for French brands that are ready to show diversity in their models, and I am quite proud of what we have achieved,” Sandrine says. “It’s important to show the younger generation that getting old is a complete privilege and nothing to be afraid of.” Today, her Instagram feed, @grey_so_what, has tens of thousands of followers. Her modeling career has taken off; she calls it a “glow up in grey.” 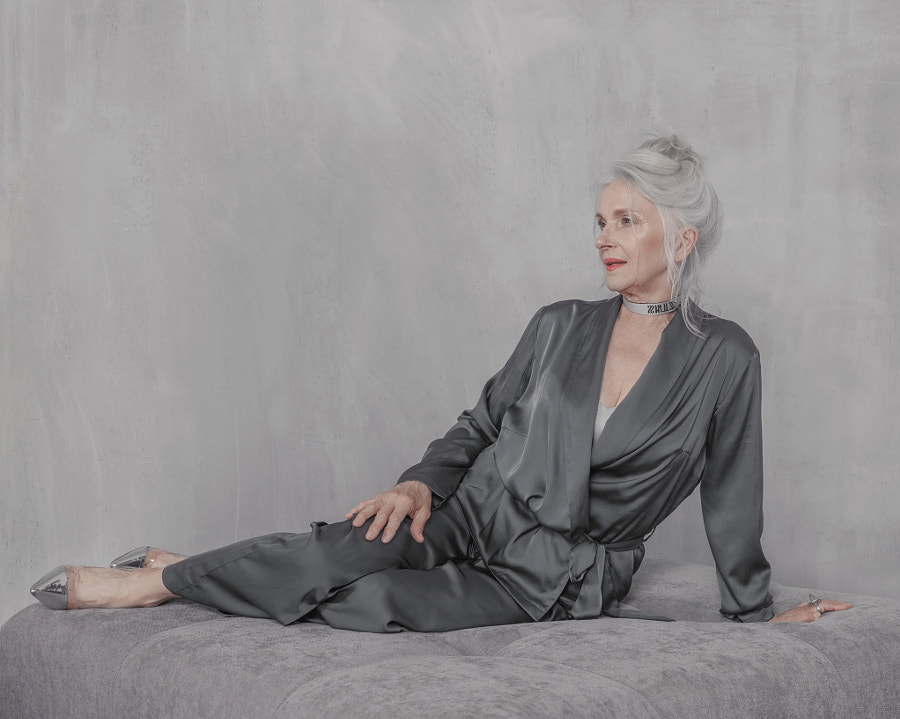 Sandrine is part of a growing movement pushing for age diversity in advertising. The same year she modeled for Brand Pommpoire, the Getty Images Creative Insights team named #greyhairdontcare as one of their top trends in commercial photography, with Pinterest searches for “going grey” having increased by a whopping 879% by the end of 2018. The top-selling photo on Getty Images that year showed a group of women, above the age of 50, practicing yoga together. 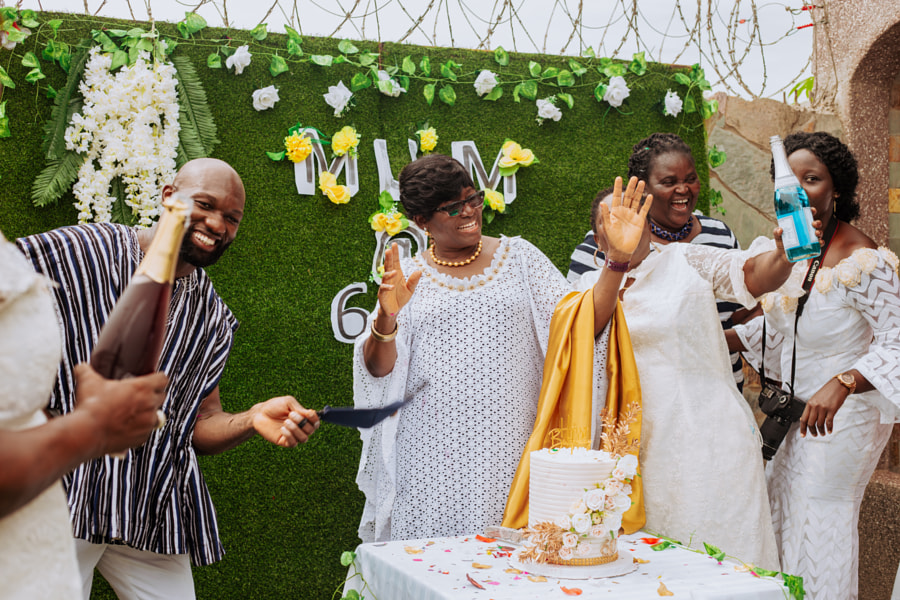 Unfortunately, we still have a long way to go when it comes to accurate representation, as a 2019 report from AARP found that adults ages 50 and over are still underrepresented in online images. What’s more, seven out of 10 images presented adults over age 50 as disconnected and isolated, when, in fact, research indicates that these adults are fully engaged with their communities. While younger adults were often shown standing with peers, older adults were more likely to be shown sitting down with others who were “taking care” of them. They were also more likely to be portrayed in a medical context or at home. Research from AARP further revealed that although one-third of the US labor force falls into the age 50-plus demographic, just 13% of images showed midlife and older people in a work setting, as opposed to the 55% observed in images of younger adults. Only 5% of images of people over 50 showed them with technology, with a recurring theme of younger adults “teaching” older adults to use it. In photographs of older adults enjoying themselves, technology was rarely involved, despite the fact that 69% of people ages 55 to 73 own a smartphone.

As AARP noted, these inaccurate and stereotypical representations of midlife and older adults could have serious consequences and exacerbate existing ageism and discrimination in the workplace. While many of these images were intended to be “heartwarming,” showing younger adults teaching or helping their older family members, they ultimately presented a homogenous and inaccurate portrayal of people over 50.

In reality, research from McCann and The Paley Center for Media shows that the vast majority of us, regardless of our own ages, feel that we’re never “too old” to go back to school, start our own business, or date romantically. Midlife and older adults also represent massive spending power, with spending among older consumers now accounting for an estimated $15 trillion.

Thankfully, the tides are finally turning. Along with advertising expert Cindy Gallop, AARP has launched the Disrupt Aging campaign to challenge unconscious age bias in the commercial sphere. Getty Images has also joined AARP in releasing a collection of 1,400 images showing older adults hanging out with younger peers, running businesses, and playing sports. In 2015, the French fashion house Celine made Joan Didion, then 80, the star of a campaign photographed by Juergen Teller. In 2017, CoverGirl famously hired Maye Musk, then 69, as their spokesmodel. The supermodel Veronica Webb has made waves with her pro-aging blog WebbOnTheFly.com. The fashion industry took note when the model JoAni Johnson made her runway debut at 65, and by 2019, Rihanna had cast her as a model and muse for her brand Fenty.

In 2020, Getty Images noted a movement they call the “Senior Wellness Revolution,” citing research indicating that Boomers are 40% more likely than Gen Zers to say they are mindful and intentional in their choices. Searches on Getty Images for “seniors exercising”, “active seniors”, “seniors walking”, and “healthy seniors” increased by 94%, 113%, 169%, and 219%, respectively. In 2021, the larger movement towards realness and inclusivity in commercial photography centers midlife and older adults as well, and that’s an idea to keep in mind as you grow your Licensing portfolio. There’s a powerful demand for images of people over 50 enjoying themselves and connecting with others, and that demand is likely to grow over time. “Focus on the ways in which older adults actively participate in their own lives, whether through working, crafting, exercising, catching up with friends or family, playing with pets, shopping, etc.,” the 500px team suggests. “Older adults commute, get their morning coffee, engage with coworkers, and use technology throughout their day—just as anyone of any age might.”

Despite AARP’s findings that just 5% of images of people over 50 included technology, research suggests that women in their 40s, 50s, and 60s have joined and embraced TikTok amid the COVID-19 pandemic, with 19.4% of TikTok users age 40-50+. One reason, experts have posited, could be that the social media platform encourages older adults to show their real, authentic lives, while allowing their personalities and passions to shine. Beyond that, a 2016 study by the American Association of Retired Persons and the Entertainment Software Association found that 38% of Americans age 50 and up said they play video games, with half playing more online games than they did five years earlier. In 2019, AARP found that the number of older adults who frequently play video games had grown from 40.2 million to 50.6 million over three years.

Online shopping and Zoom socializing are other potential subjects to explore in photoshoots with midlife and older adults; amid the COVID-19 pandemic, many have turned to virtual social clubs, fitness apps, telemedicine, online dating, and ride-sharing. Midlife and older adults are engaging with technology and developing major social media followings everywhere from TikTok to YouTube to Instagram, but we rarely see that reality reflected in marketing. 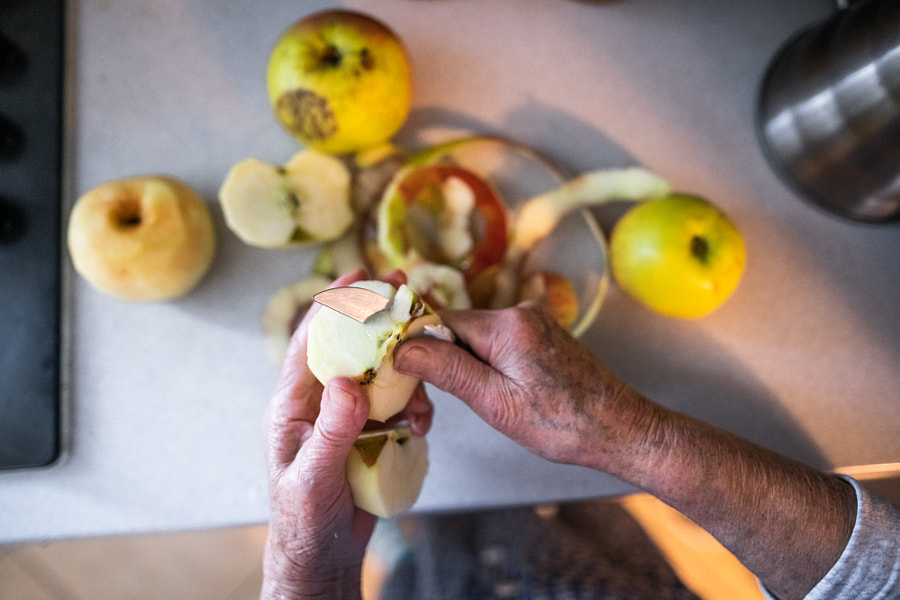 “When shooting content that connects to major pandemic trends, like home baking, gardening, and video games, consider that seniors too are partaking in these trends but are not being represented within advertising equally,” the team at 500px adds. “Content that fills the void and shows positive, engaged senior life is a great addition to any commercial portfolio, and images that capture the fulfilling lives of real people over 50 can help continue the movement towards greater representation.” 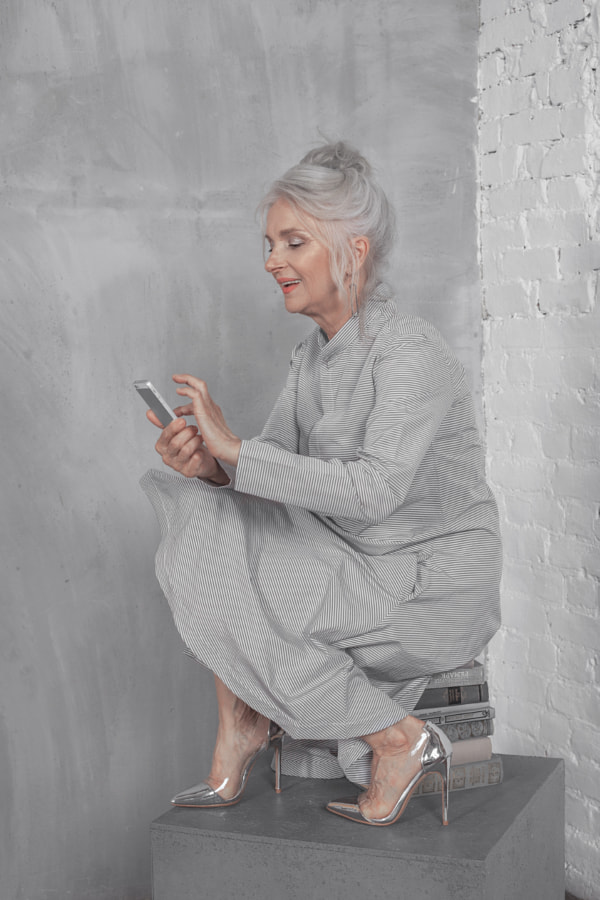 Turn to the midlife and older adults in your life and community for ideas and inspiration, and incorporate their real-life passions. Go into your photoshoots with a collaborative spirit, and present each individual’s story in an authentic, natural light. “The best comment I’ve gotten in the past two years came from a young twenty-something woman who wrote, ‘I want to be you when I am old,’” Sandrine, the influencer behind @grey_so_what, tells us. “I was so moved reading her words. Being 50 is not the end. Instead, it is the beginning of something new.”