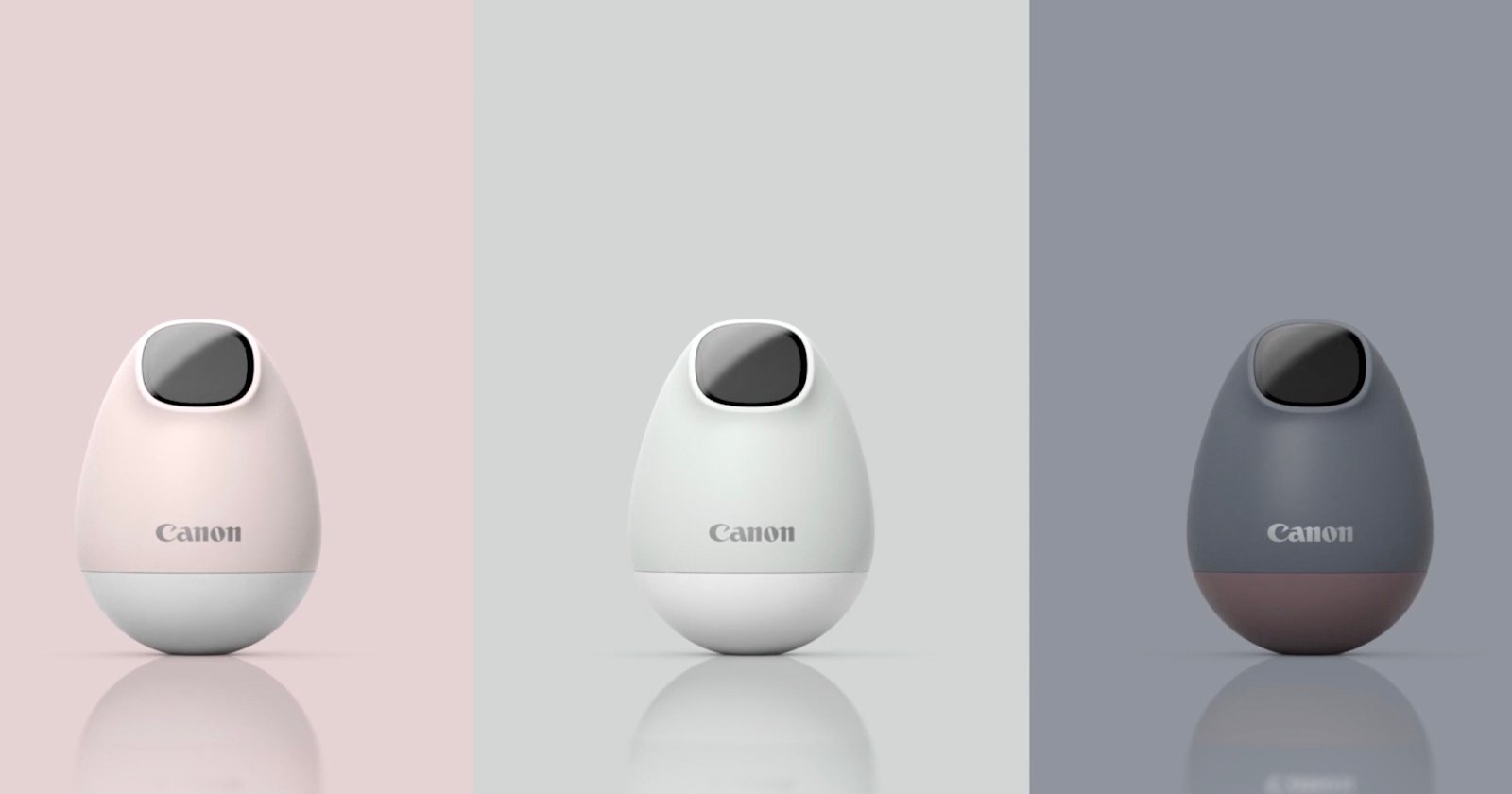 Canon has unveiled its next concept camera and it’s designed for desk workers and office life, both at home and at the office. It’s less of a photo-taking device and more of a monitoring camera with the purpose of keeping an eye on how you sit called Posture Fit.

The new device joins the IVY REC, PowerShot Zoom, and PowerShot Pick devices in Canon’s concept camera line. Posture Fit is a palm-sized device that has an egg-like shape designed to monitor how you sit at your desk.

“When you sit down, it raises its head and looks around to find someone, then starts monitoring,” the designer of Posture Fit, Taguchi, explains. “It sees two things. The first is sitting too long… the second thing is posture.”

If you sit for 60 minutes, the Posture Fit will notify you and remind you to stand and take a break. In the demonstration video above (which starts at the 23:18 mark in the video above), Canon depicts the device bobbing and “dancing” while making gentle noises. The motion was added because Canon doesn’t believe a noise is enough to inspire action: The motion of the device helps spur users to act.

With regard to posture, Canon says it’s not a problem to have bad posture for a short period of time, but continued poor posture can cause stiffness. The Posture Fit recognizes this and will gently remind you to straighten your back using those same gentle noises and bobbing motions.

While smartwatches like the Apple Watch already offer the reminder to stand, monitoring posture requires a more complex device and Canon seems interested in filling that gap. 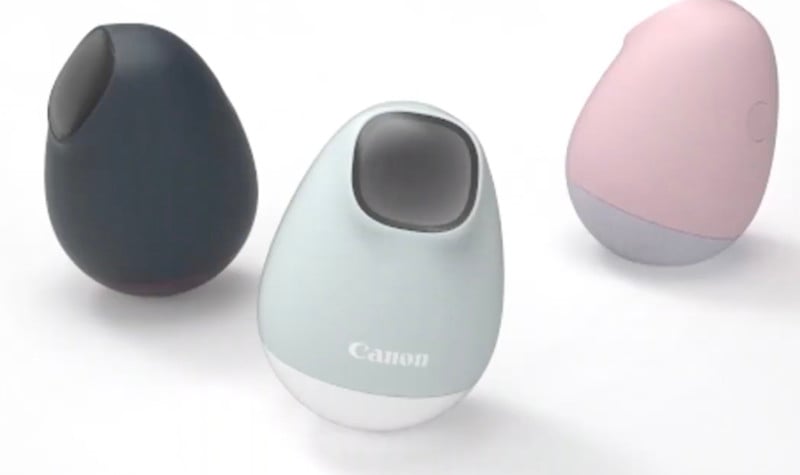 The Posture Fit works with an app that catalogs its findings and allows you to check how long you sat throughout the day and how your posture was through that period. It will also offer advice accordingly.

“Based on the way you sit, the system monitors, calls attention to, and teaches better habits,” Taguchi says. “Posture Fit is a great companion for desk workers.”

The look of the device was made to be less aggressive than a traditional camera, which Taguchi says makes you feel like you’re being monitored. The cute egg-shape and discrete lens are more approachable. The designer says that simply not being able to see the lens makes it feel less like a camera. Additionally, the camera doesn’t really function like a traditional one.

“Unlike a normal camera, the captured image does not show the person’s face or background,” Taguchi says. “This is because users mentioned in interviews that they were concerned about privacy and the background being in shots. We agreed, and so we decided to incorporate such feedback into the product.” 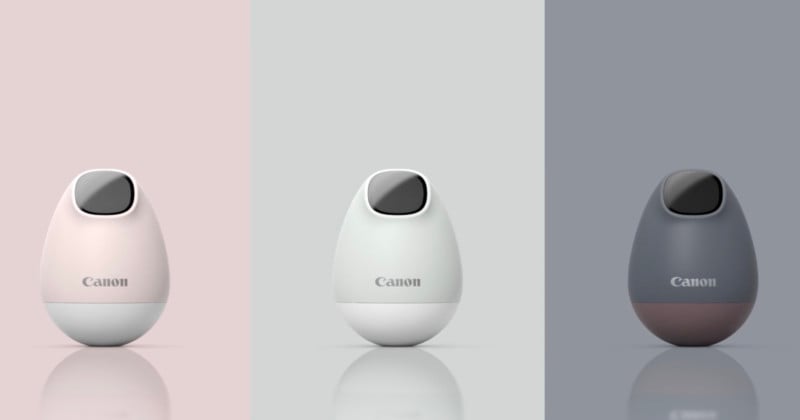 Canon admits that it is unsure if this product will make it to market, but is nonetheless excited about it. Described as the third product in the concept series — the company groups together the IVY REC and PowerShot Zoom, the Powershot PICK, and now Posture Fit — it is currently in the design stages.

This hilarious video reviews a Lego Leica as if it was a real thing
Are the Megapixel Wars Really Over?
Five tips for celebrating sports in commercial photography
Incredible Footage of a ‘Psychedelic’ and Colorful Deep-Sea Jellyfish
Leica Unveils the M11: A 60MP Rangefinder with ‘Triple Resolution’ Tech