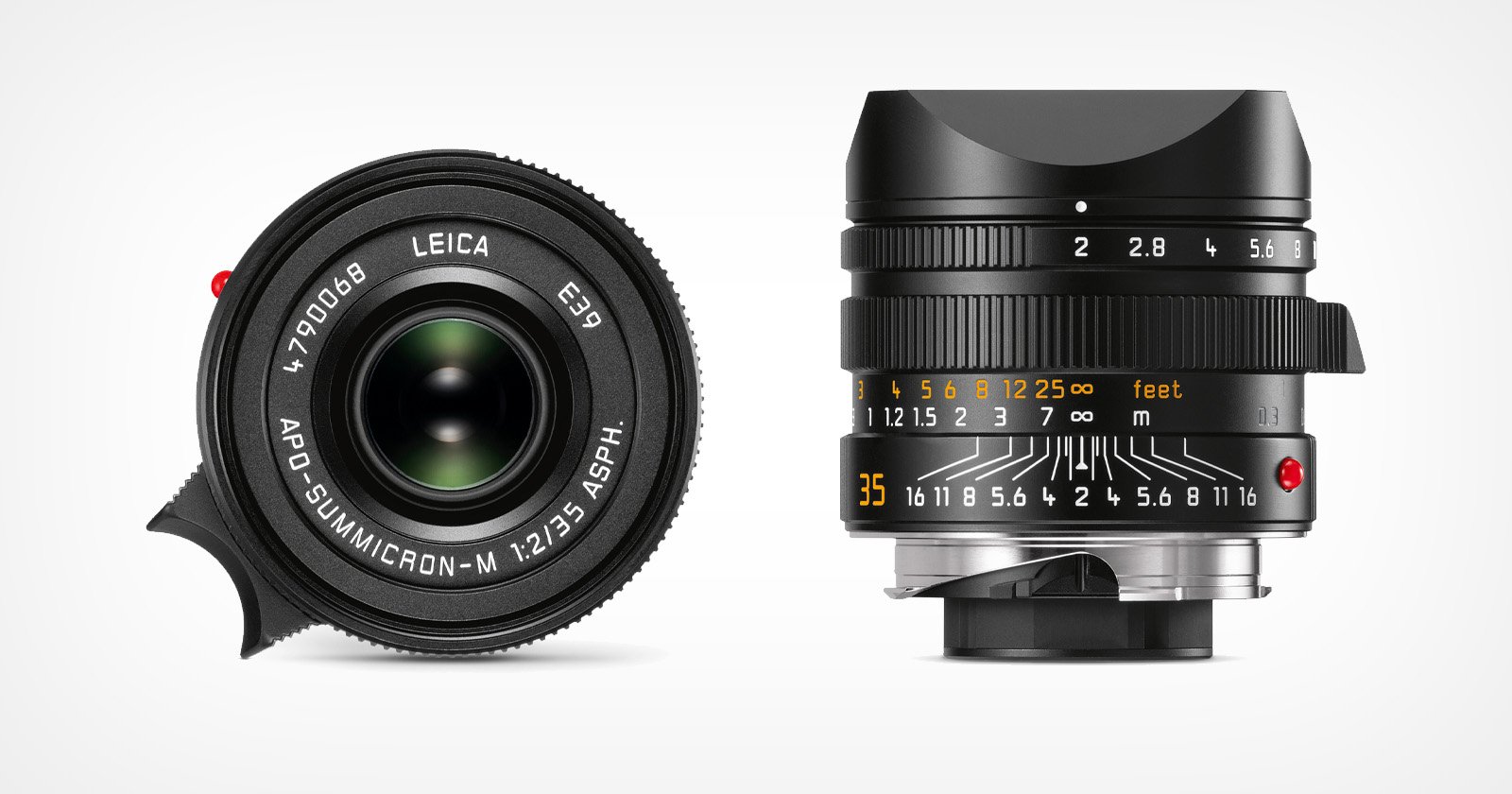 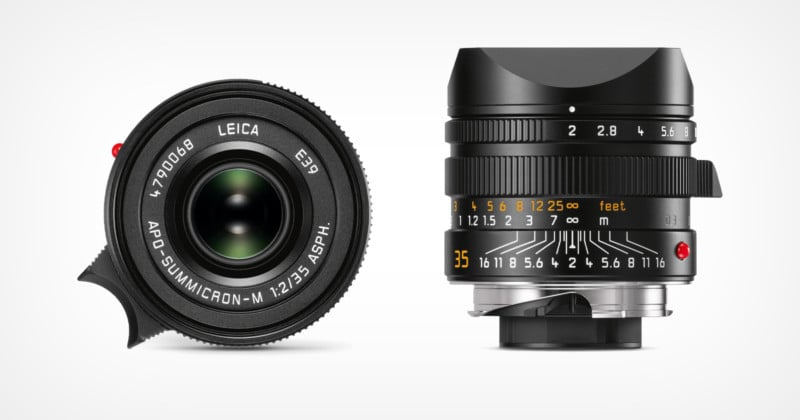 The 35mmf/2 ASPH is the only M-lens with a close-focus distance of just 30 centimeters (~11.8 inches) and has what Leica describes as a “diminutively compact housing.” The optic is constructed of 10 lenses in five groups with and three aspherical elements. Those elements with aspherical surfaces (one of them on both sides) minimize distortion, while six elements are made of glasses with anomalous partial dispersion, which not only reduce chromatic aberrations to what Leica promises is “near zero” but also provide apochromatic correction that the company says is a quality rarely found in lenses of this focal length. The result is what Leica says are images that exhibit crisp corner-to-corner sharpness and accurate color fidelity at all apertures and focus distances, both near and far. 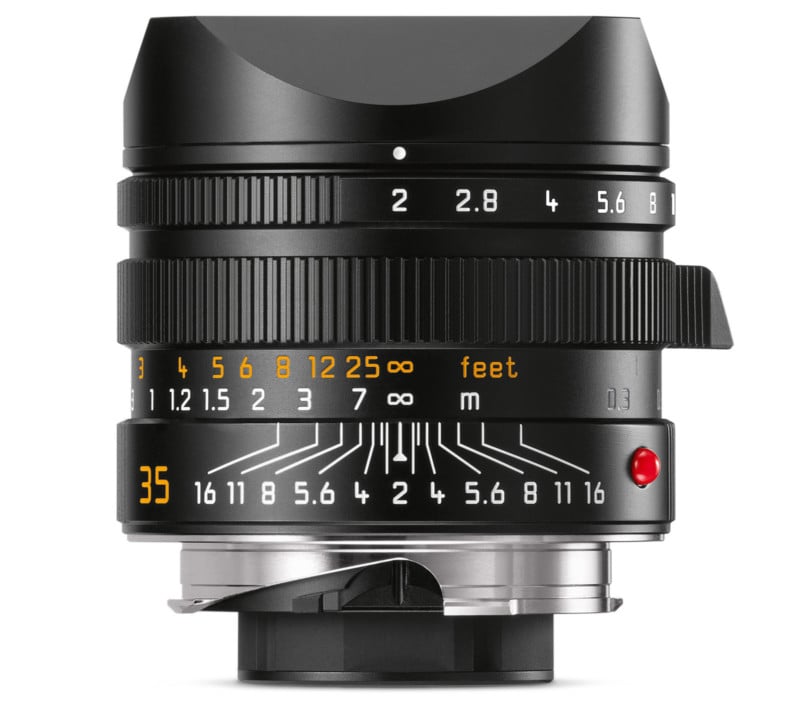 It features an aperture range of f/2 through f/16 and has an 11-bladed diaphragm. 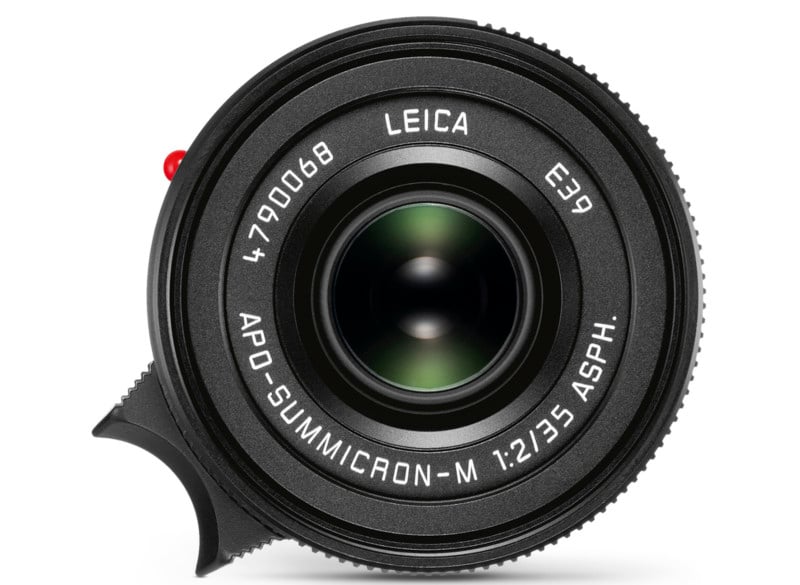 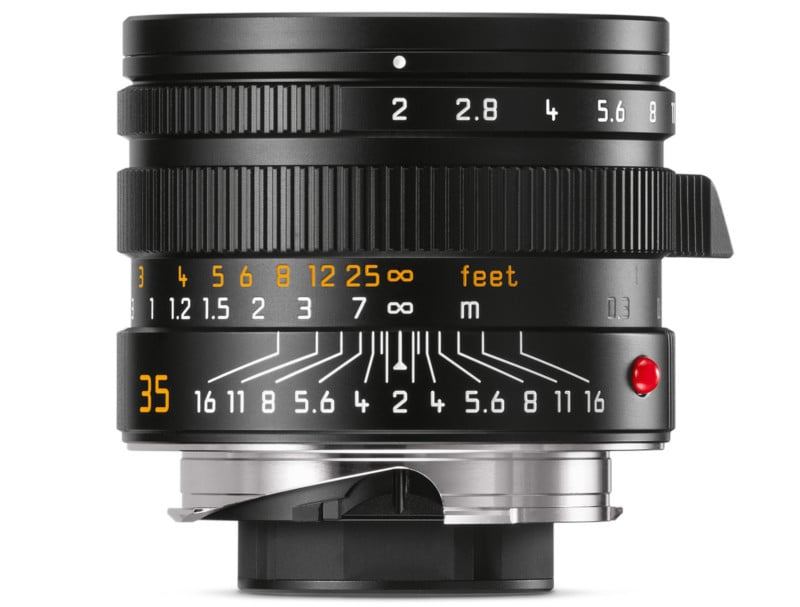 A floating lens element ensures image quality consistency at all distances and the focus ring turns a full 300 degrees for precise and accurate focusing through the range. Via the rangefinder, the lens can be focused as close as 70 centemeters – at which point a slight haptic resistance can be felt in the focus ring that clearly indicates its position which is ideal for street photographers who like to shoot without looking through the rangefinder or LCD (“from the hip,” so to speak). Dut to the limitations of the rangefinder, from 70 centimeters to its close focusing distance minimum of 30 centimeters, the ring rotates beyond that haptic detent and can be focused via the rear LCD, the optional Visoflex electronic viewfinder, or the Leica FOTOS app. 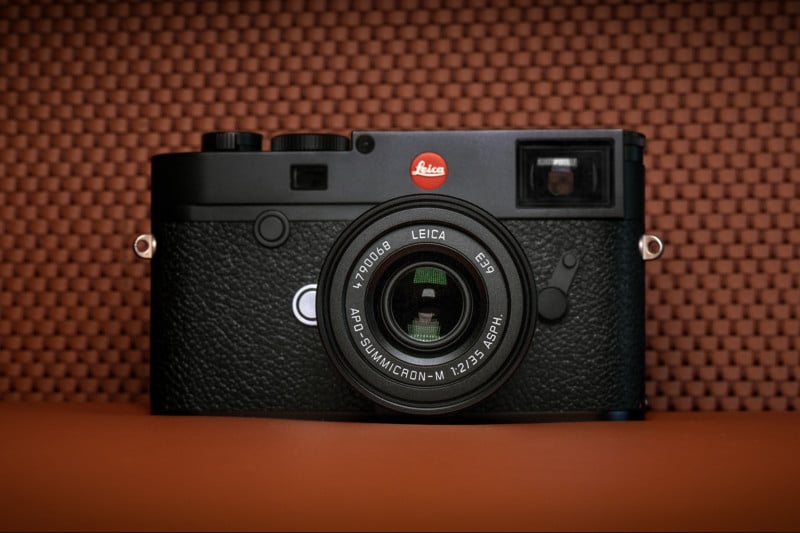 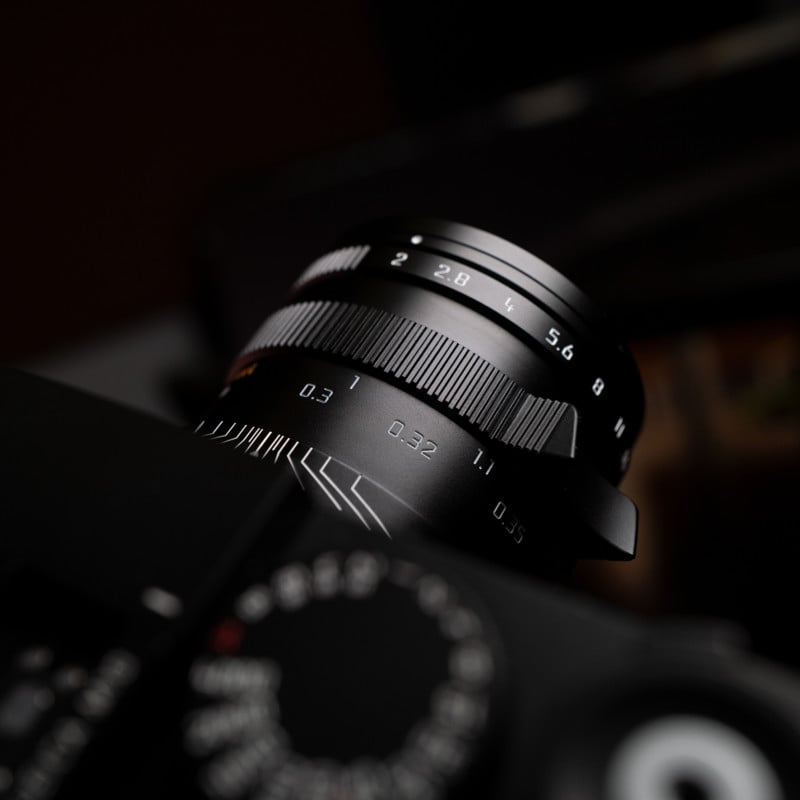 The construction of the lens hood in combination with highly effective anti-reflective glass coatings makes the APO-Summicron-M 35 f/2 ASPH. extremely resistant to any type of stray light – allowing the photographer to shoot into the sun or other sources of light without fear of flare or ghosting. Common optical flaws such as chromatic aberration and distortion are corrected to the point of barely being noticeable. This imaging prowess and edge-to-edge contrast rendition creates an especially pronounced and lovely bokeh at open aperture. Seeing as the aperture is almost perfectly circular, owing to its eleven blades, this effect is also retained when the lens is stopped down for maximum depth-of-field. 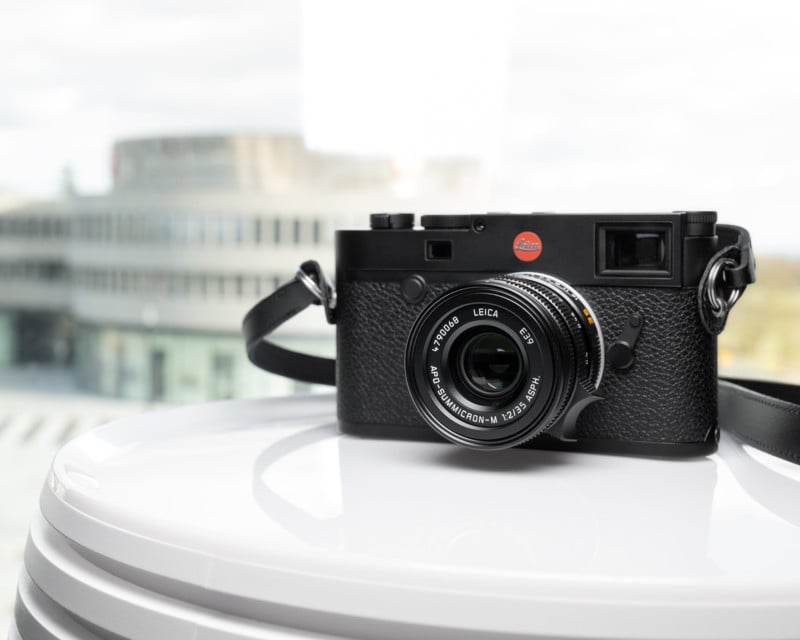 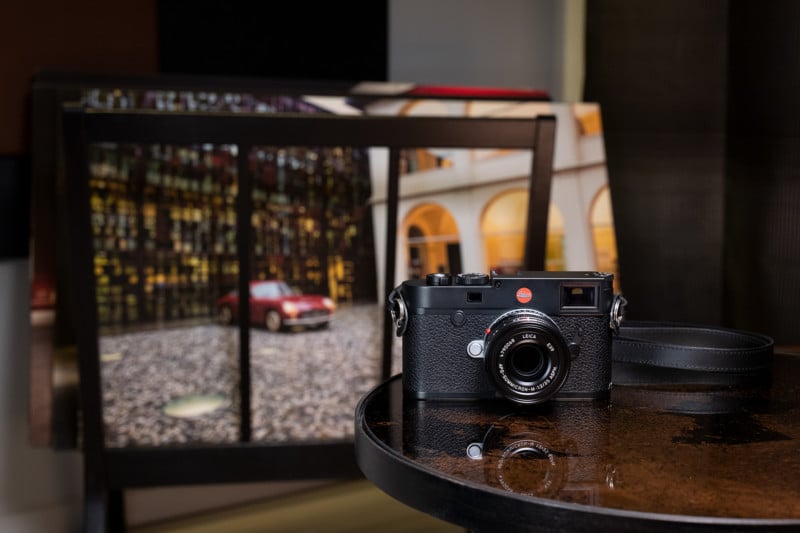 Leica states that, as is the case with all its lenses, stopping down is only necessary for creative purposes as the lens performs optimally at all aperture values. The company also boasts that while other lenses of quality continue to be large and heavy, Leica manages to pack that performance into a lens that is small and leightweight.

How to Use the Spot Removal Tool | In A Lightroom Minute
Vaonis Vespera Review: Easy To Use But with Underwhelming Results
Nikon’s New 17-28mm f/2.8 Designed to be Affordable and Versatile
Capture One for iPad now supports both wired and wireless tethered shooting
Nikon releases the “new” 17-28mm f/2.8 Z mount lens but it looks an awful lot like a rehoused Tamron