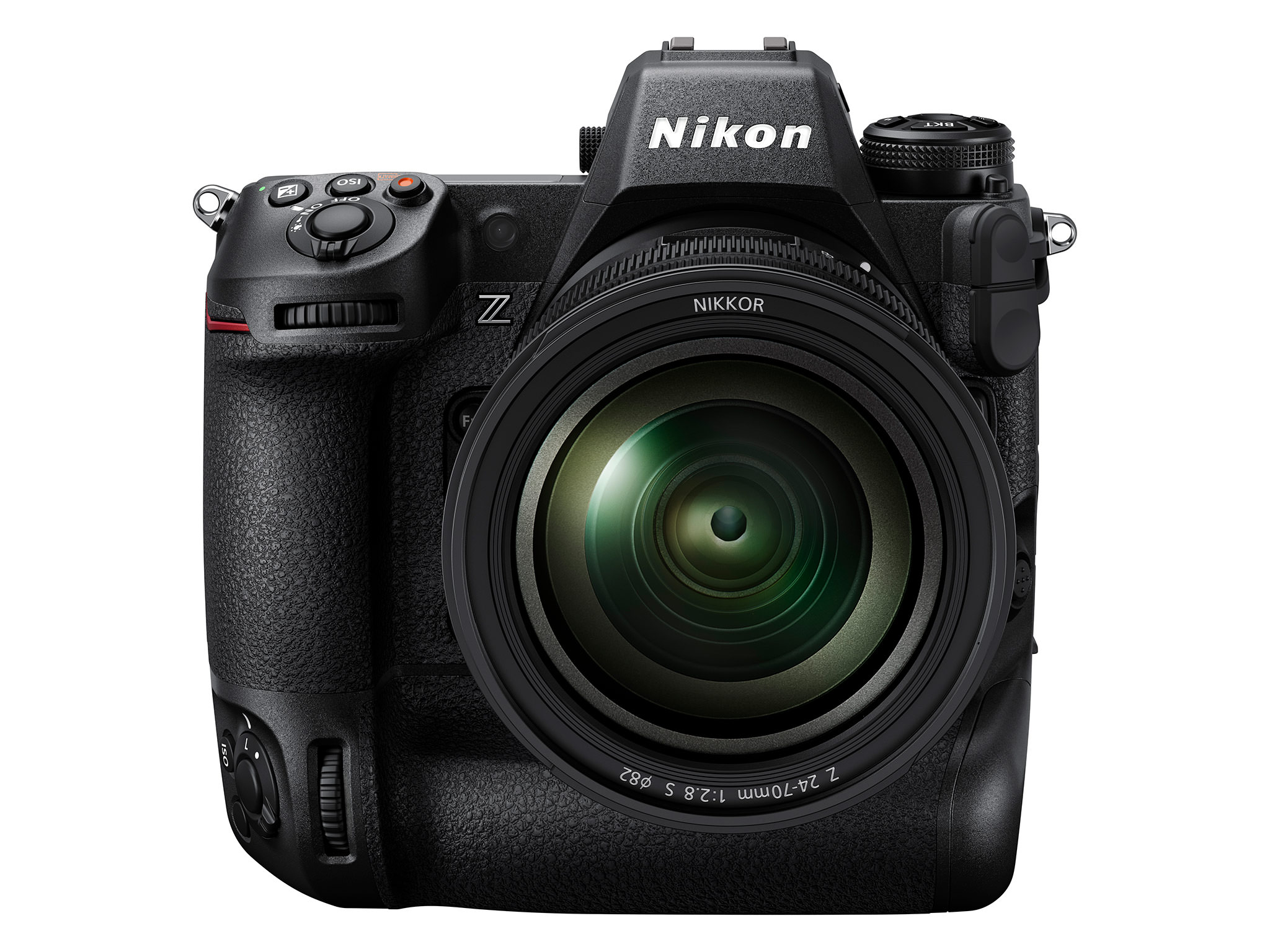 With the big shift of camera manufacturers from DSLRs to mirrorless technology, it was a matter of time until we see truly robust, action-oriented mirrorless cameras. First was Canon with its EOS R5 and R6, then Sony released its impressive A1, and now it is Nikon’s turn to bring its best offering in the shape of the Z9. And looks like we are in for a real treat because Nikon says this camera is going to be better than the Nikon D6 in every way…

While this is only a “development” announcement, Nikon has already given us a glimpse of what we can expect from this beast. First of all, unlike all current generation full-frame mirrorless camera bodies, this is going to be a professional, full-size camera – the first of its kind. Prior to the Z9, only two mirrorless cameras had a built-in grip: Olympus OM-D E-M1X (Micro Four Thirds) and Fujifilm GFX 100 (Medium Format). This already makes the Z9 a unique camera on its own.

Second, Nikon labeled the Z9 as “flagship”, which is a designation that was only previously reserved for top-of-the-line DSLR cameras like the D6. This means serious business. A camera with no compromises, the finest engineering, the “best of the best”. Expect Nikon to pack everything it has in its arsenal into this camera – that’s what the Z9 is going to be. Nikon says “significant leap in technology in performance”, “the best still and video performance in Nikon history” – that’s some seriously strong verbiage.

The Z9 is going to be the first Nikon camera to be able to utilize a stacked CMOS sensor (most likely a high-resolution stacked sensor). It will also be the first Nikon camera to shoot 8K videos. Given the size of the body, I also expect it to house dual CFexpress cards, 20-30 FPS continuous shooting speed, a boatload of buffer memory, insane autofocus capabilities, illuminated buttons, full weather-sealing, and many new in-camera features. For sports and action shooters who do not want too much resolution, Nikon’s mRAW/sRAW formats will provide plenty of flexibility for faster workflows. In short, this will be a reference camera in terms of image quality, autofocus speed, and overall performance.

Another exciting part of this announcement is that we will know what to expect from Nikon’s future mirrorless line-up. As we have seen in the past, high-end processors, autofocus systems, and other features from top-of-the-line cameras eventually make their way to mid-range and lower-end cameras. Provided that Nikon blows things out of the water with the Z9 (which I am sure it will), this ensures a solid future for all upcoming Nikon mirrorless cameras – something many Nikon photographers have been worried about.

I expect the Nikon Z9 to be announced together with the 400mm f/2.8 S and 600mm f/4 S lenses later this year. The Nikon Z lens roadmap had those two lenses for some time now, and given the past history, Nikon isn’t going to release a flagship camera without matching pro-level super-telephoto lenses.

This is all very exciting. I cannot wait to see the actual specifications of the Nikon Z9.

MELVILLE, NY – Nikon Inc. is pleased to announce the development of the first flagship model for which the Nikon Z mount has been adopted: The Nikon Z 9. The full-frame (Nikon FX-format) mirrorless camera is scheduled for release in 2021, and represents a significant leap in technology and performance.

The Z 9 brings together Nikon’s groundbreaking technologies to deliver the best still and video performance in Nikon history, meeting the advanced needs of professionals in a wide range of genres. It utilizes a newly developed FX-format stacked CMOS sensor and new image-processing engine. In response to the growing needs of professionals, advanced enthusiasts and cinematographers, it includes support for 8K video recording as well as various other video specifications that fulfill diverse needs and workflows. The Z 9 embodies ultimate usability as a tool, offering users an unprecedented imaging experience from capture to workflow exceeding that of previous digital-SLR and mirrorless cameras.

Information regarding the release of this product will be announced at a later date.

Photographing Glowing Mushrooms in Singapore
Shooting with the Canon EOS R3 for a Full Week
Canon Says it Can’t Meet Demand for the R3 or Any of its New Lenses
Canon launches two new cheap RF lenses: 100-400mm and 16mm
Visualizing digital privacy and cybersecurity in commercial photography