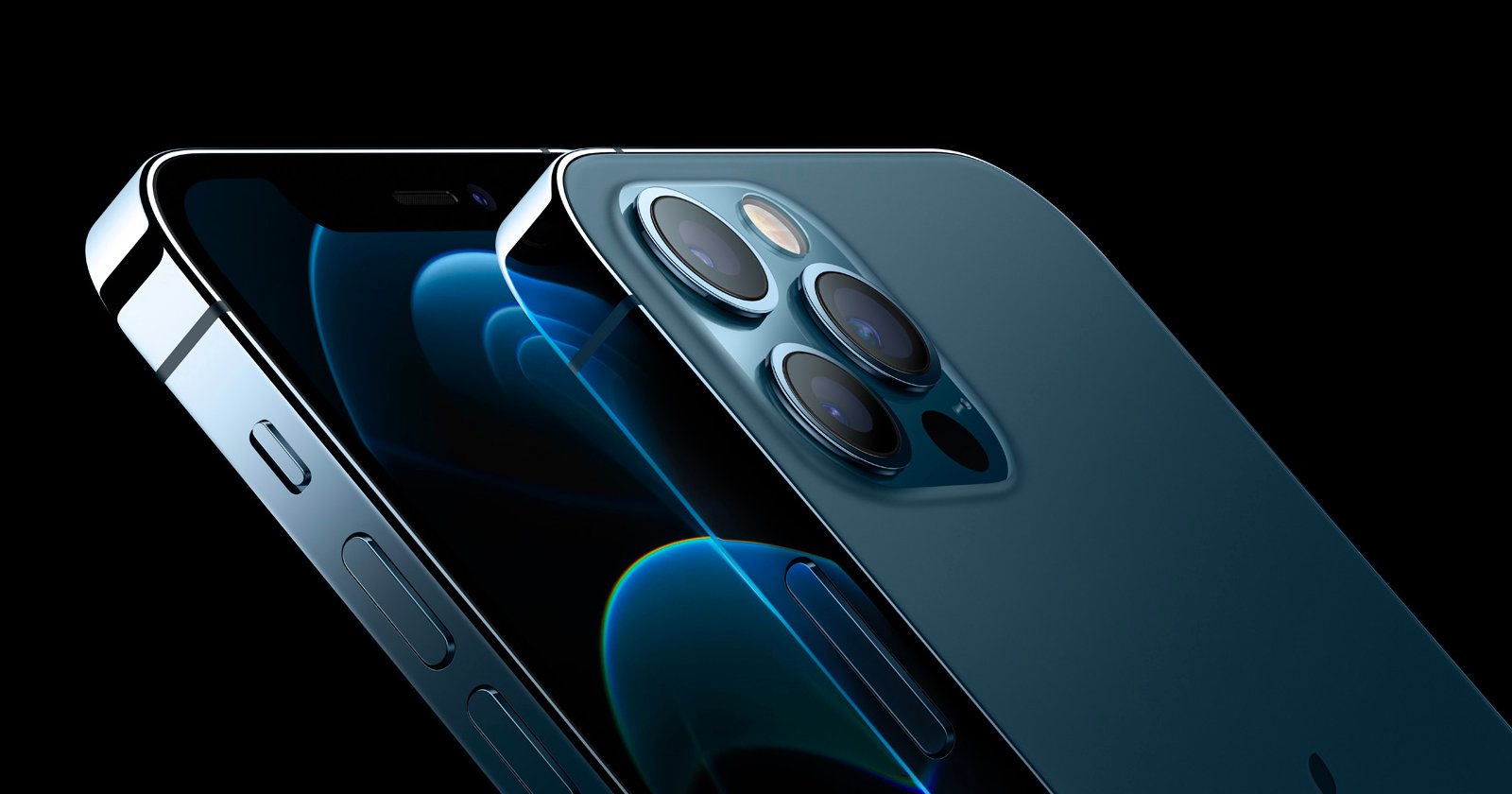 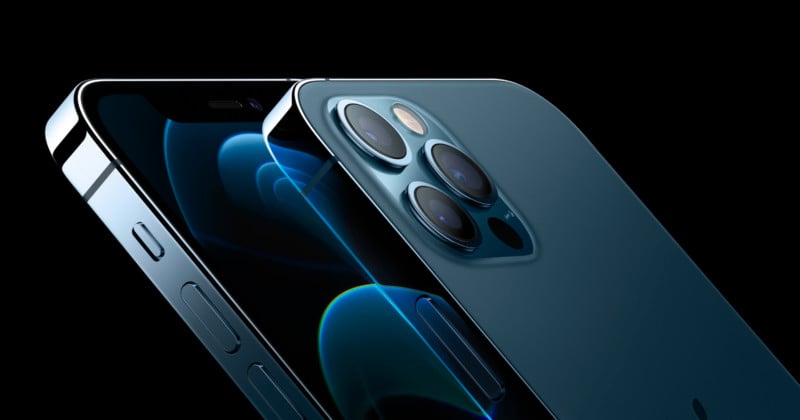 MacRumors published a report earlier this week that stated a “periscope” lens system like those found in competitor Android-powered devices is still years away. While disappointing, Apple has still been busy, as the 2021 devices should still see a notable improvement.

As some background, “periscope” is the term used to describe a “folded” lens system that can squeeze greater zoom capabilities into the tiny camera arrays found in smartphones by redirecting light sideways through the body of the device via a sequence of lenses and mirrors. Such technology is behind the Samsung Galaxy S21 Ultra’s 10x optical zoom, which is considerably more than the iPhone 12 Pro Max’s 2.5x zoom. 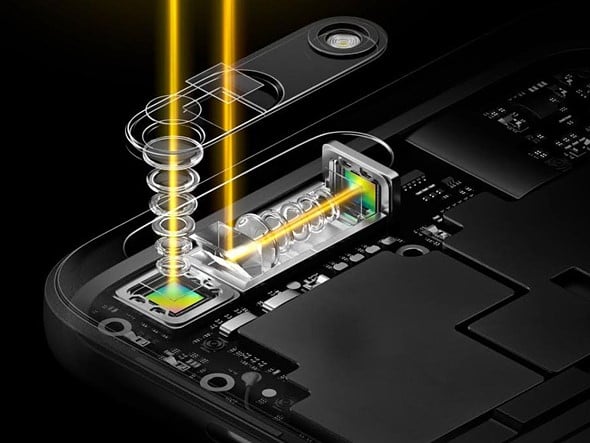 Despite filing multiple patents for a periscope-like system, Apple has yet to introduce it into any of its devices. According to the well-respected analyst Ming-Chi Kuo, MacRumor’s source for this information, we won’t see it until 2023: a year later than originally anticipated. That means for the next two years, Apple devices will very likely lack the optical zoom prowess of the many Android-based competitors.

In 2021, Apple devices are likely to see other upgrades according to Kuo. For example, expect to see an upgraded ultra-wide lens (expanding from a 5-element lens to a 6-element lens) and the telephoto will also see improvements, though nothing to the degree of a super-zoom.

That isn’t to say Apple hasn’t been innovating elsewhere. PetaPixel spoke with Patent Lawyer Bennet Langlotz while investigating a patent that Apple appears to have been granted quite recently, though it was filed back in 2018. The patent appears to outline a way that the company plans to make the flash on its devices more usable by being able to zoom it via adjusting a diffuser.

Langlotz says that this patent is so new it hasn’t yet been listed on Google patents, which would make downloading a PDF of the claim and analyzing it much easier. For now, going off of Patently Apple’s coverage, as well as the U.S. Patent’s Office’s far more archaic website, will have to suffice. 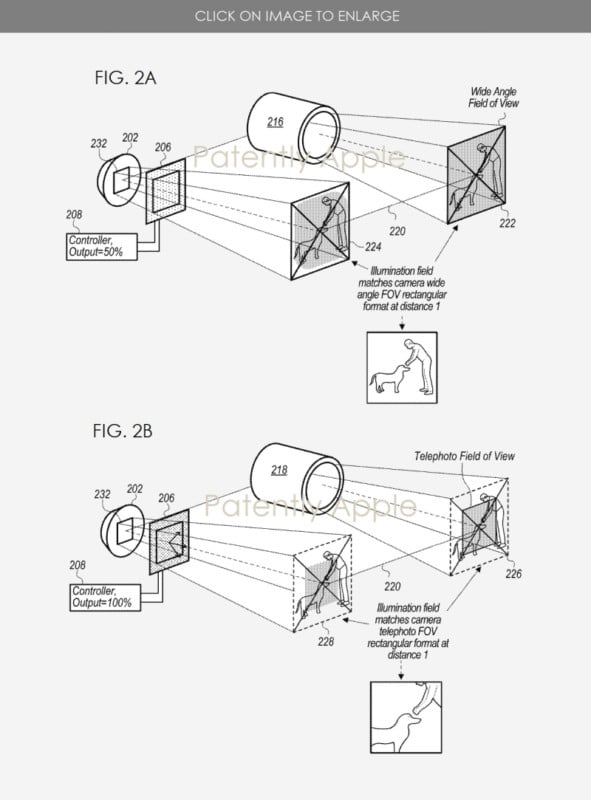 The diagram above shows how Apple’s patented a way by which a light source module with the aforementioned adjustable diffuser will allow it to aim its illumination more directly for telephoto images.

“A glance through the drawings suggests this is about zooming the flash for photos, apparently by having a narrow beam, and then diffusing with an electronic variable diffuser (maybe like a window that goes from clear to milky),” Langlotz says.

While it is disappointing to hear that Apple devices are a ways away from getting powerful zooming capabilities, this new patent shows Apple is at least considering the ecosystem around zoom lenses. Right now, the flash on smartphones is usually ignored by those who are more serious about photography, akin to how photographers rarely use on-camera flash (at least not in the ways manufacturers likely intend). As such, it’s good to see any innovation in this space.

(via Forbes and Patently Apple)

How to Stay Safe as a Model or Photographer
Razer Launches Raptor 27, the First THX Certified PC Monitor
Rare Canon 1200mm f/5.6 soon to be up for an auction: The world’s largest SLR AF lens
These are the five top tools and features Photoshop needs that Affinity Photo has
Leica 24-70mm f/2.8 Versus Sigma 24-70mm f/2.8: Is There a Difference?