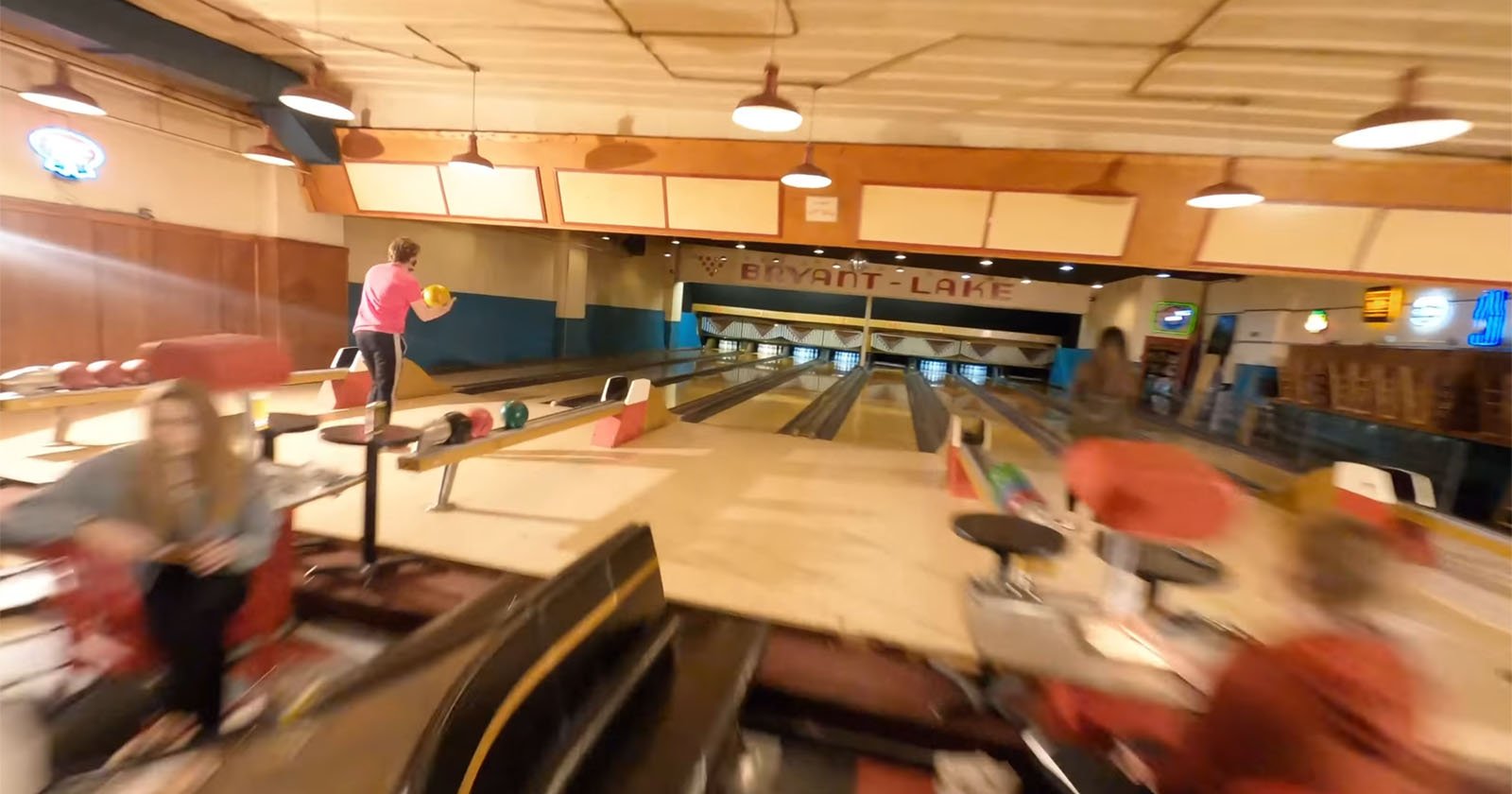 FPV (first-person view) drones have been typically only used by racing and acrobatics circles, but this video from filmmaker and drone pilot Jay Christensen of the Minnesota-based Rally Studios shows the incredible possibilities when FPV meets creative professional.

The video is extremely well choreographed — those that are featured in the frame move in tandem with the drone’s position — with top-tier sound design which was very clearly added in post (drones are loud) but well-planned during the production.

According to Digital Trends, the drone that Christensen used is a Cinewhoop Quadcopter, which is a DIY-style FPV drone that is common in the racing and acrobatics space. There are multiple types of CineWhoop available, some that are just a frame and others with more parts that can get as expensive as nearly $600 or more and don’t include a camera. Because they aren’t ready to fly right out of the box, there are clearly some downsides to drones like this compared to the ones photographers and videographers are more used to flying. That said, the benefit of these drones is that they are robust, fast, and highly customizable.

But when you combine a great FPV pilot with a cinematographer’s eye, you can make some truly breathtaking footage that is wildly engaging.

The benefits of FPV drones for creative applications makes something like the DJI FPV more appealing. While the CineWhoop has many features that are more attractive to the typical FPV audience, the complications involved are likely more than average filmmakers and photographers are willing to put up with. It actually brings up an interesting point: the DJI FPV is marketed as an out-of-the-box racing and acrobatics drone, but it’s actually not particularly good at that task. Due to how it is built, an FPV pilot is likely to be pretty disappointed with the DJI’s durability.

But a creative professional, on the other hand, might find that the DJI FPV is exactly what they want to let them achieve footage like what Christiansen produced. With that drone coming to market, it will be interesting to see how many more videos like the one above get published, as the maneuverability of the drone mixed with its high-quality video is going to make producing great content much easier.