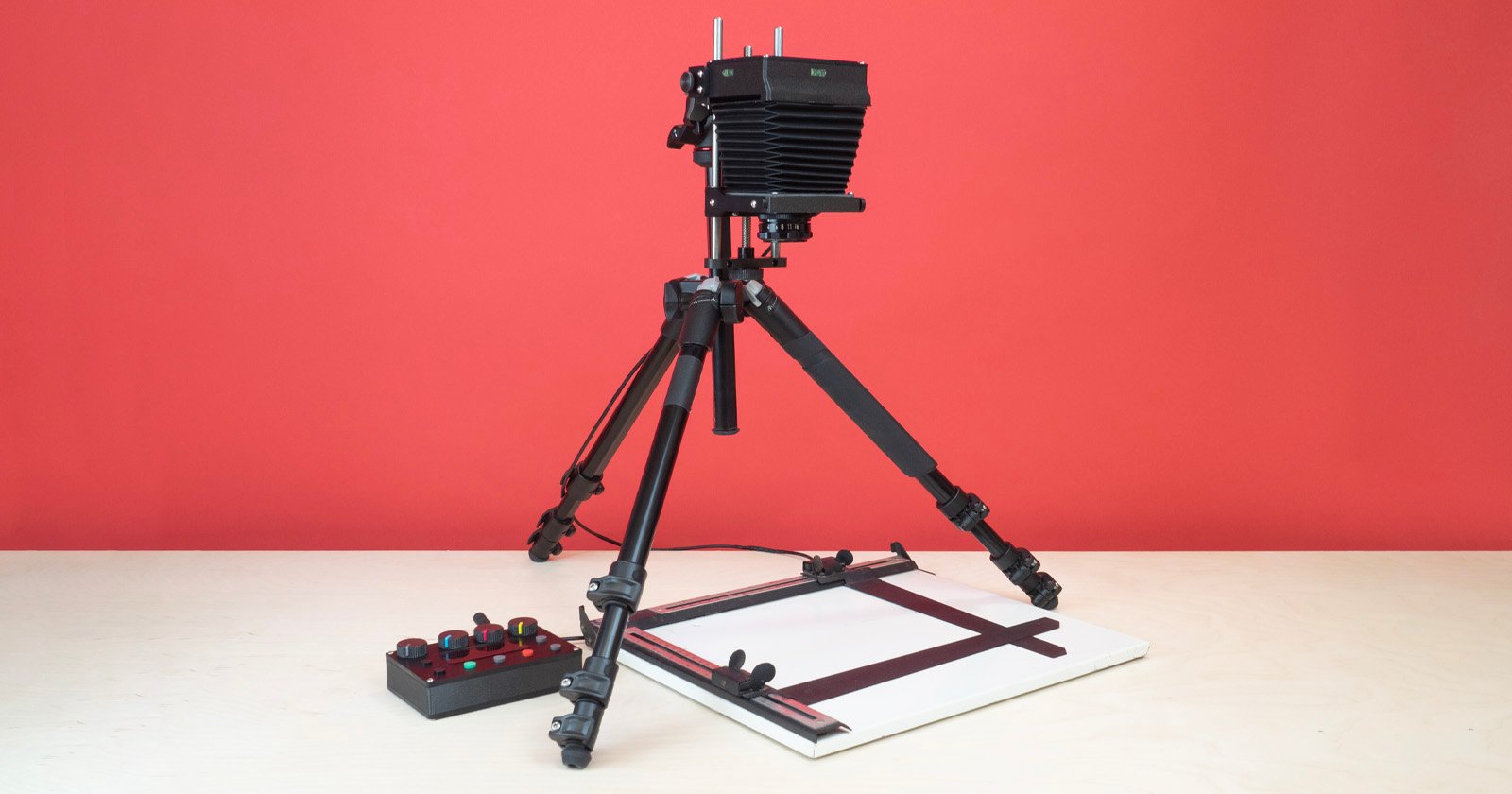 Intrepid has announced a versatile darkroom enlarger that the company says is the most compact ever made. It is designed to make prints from both color and black and white film (from 35mm up to 6×9) without the need for filters. It can even be used to make scans of negatives using a digital camera.

Intrepid has launched the Compact Enlarger on the heels of two previous successful Kickstarter campaigns: the Intrepid 4×5 Camera launched in 2014 and the 4×5 Enlarger from 2018. The Compact Enlarger makes some changes to the company’s original Enlarger in addition to being more compact. 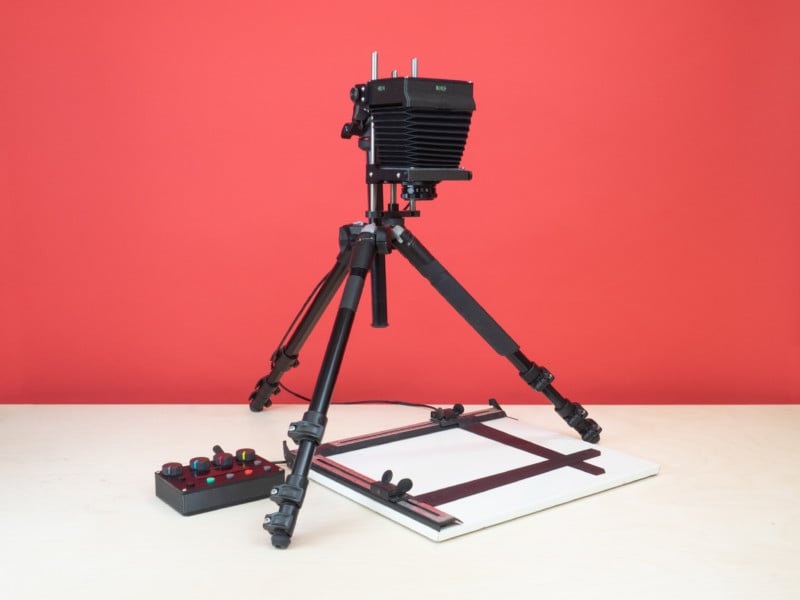 Intrepid says that it was able to make the Compact Enlarger so small and portable thanks to the development of a new LED technology that allows you to control contrast, color balance, and exposure without needing separate filters.

“This is the first step into other film formats for The Intrepid Camera Co., and our aim is to make darkroom printing much more accessible regardless of space, budget, or prior knowledge,” the company says. “Printing in the darkroom is one of the most fulfilling parts of the process of shooting film, but too many people these days miss out on this amazing experience because it just doesn’t seem accessible.”

The Intrepid Enlarger Kit consists of the timer which contains all the controls, negative carriers to hold your film, and the light source which attaches to the body of the enlarger. It has a high-quality linear guide for focusing and a threaded mount for attaching to your tripod or copy stand. 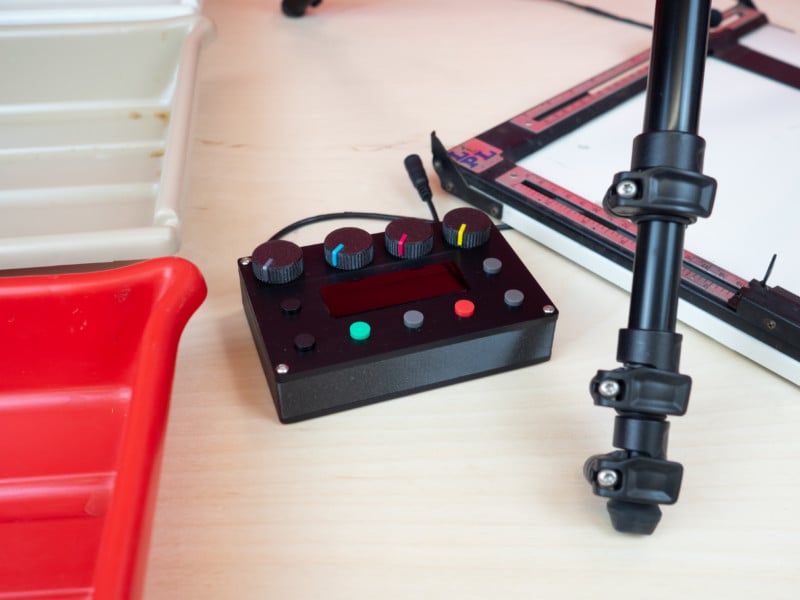 The timer controls the whole device and has three modes: black and white, color, and scanning.

Black and white printing: Intrepid says that, unlike traditional enlargers, all the contrast filters are built into the LED light source so you can quickly adjust them with a single dial without the need for separate filters. It works just like a traditional enlarger in terms of focusing, setting the time, and exposing your paper.

Colour printing: In color printing mode, Intrepid says that you use the Cyan, Magenta, and Yellow dials to alter the color balance of your print. The light source has been specially calibrated in order to make color printing as simple and accurate as possible.

Scanning: The final way of using the Compact Enlarger is as a light source to make scans of your color or black and white negatives using a digital camera/smartphone. The light source is held magnetically to the enlarger body so can simply pop off when you want to scan.

Intrepid also included a built-in safelight which it says is a useful feature especially for those with limited space.

Outside of what is included in the kit, Intrepid says that you will need a small tripod or copy stand to mount the enlarger to, an enlarging lens with a 39mm thread (50mm for 35mm film and 80mm for 120), darkroom chemicals and photo paper, trays and tongs, and a printing easel and grain/focus finder. 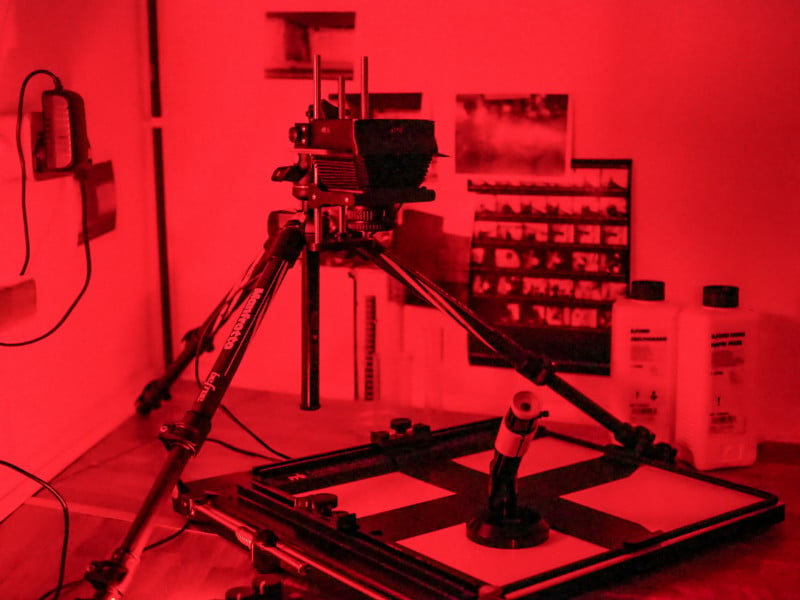 Intrepid says that the beauty of this device is that it is so easy to move and set up that you can turn any room into a darkroom as long as you can block all light from coming in temporarily — hence the claim of “redefining the darkroom.” 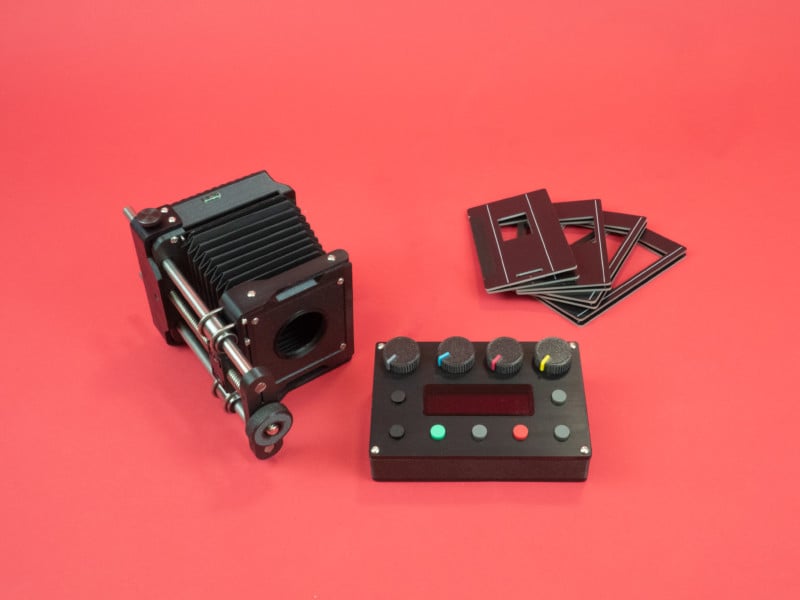 Below are a couple of videos showing a prototype of the Compact Enlarger and how it works:

At the time of publication, the Kickstarter had only been live for a little over an hour and had already blown past its funding goals. The Intrepid Compact Enlarger starts at £240 (~$305) and is expected to ship by August of 2021. You can peruse the whole campaign and all the backing options here.

California Governor Signs Bill Designed to Protect Minors on Social Media
Now you can buy Godox’s retro flash unit in a whole rainbow of colour options
Nikon’s New 17-28mm f/2.8 Designed to be Affordable and Versatile
How to Use the Spot Removal Tool | In A Lightroom Minute
Getty bans AI-generated art due to potential copyright issues