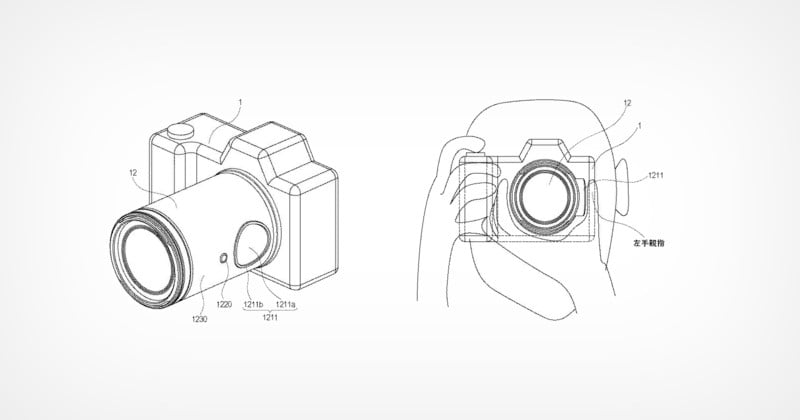 Canon has recently been thinking out of the box with its experimental camera lines, but a new patent filed in Japan shows the company isn’t afraid to try new things with more conventional camera equipment either. The designs show an interchangeable lens with a large, circular touchpad.

In the patent description, Canon says that the goal is to provide a lens that has “advantageous” operability which it argues can be achieved through an exterior housing with a touch-operated control unit. The touchpad is round and can detect touch operations performed clockwise and counterclockwise, as if to scroll forward and backward.

The touchpad appears to theoretically take the place of the focus ring on the lens and be used instead to focus by moving your finger or thumb across the circular pad in either direction at a variety of speeds. 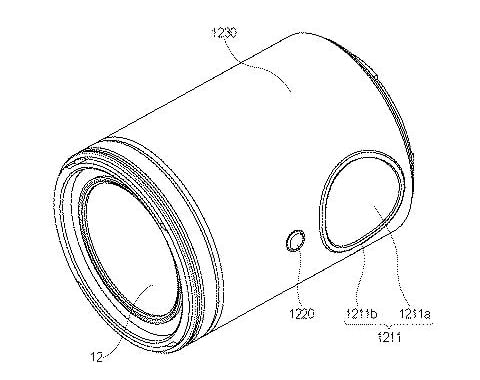 Instead of rotating a ring on the exterior of the lens to focus, Canon’s designers seem to think that a light rotation of your thumb on the touchpad is faster, easier, and more intuitive. While the merits of this claim remain to be seen, it is true that using a touchpad like this would certainly require less physical motion.

Canon’s most recent foray into touch-based hardware was not particularly well-received. The Touch Bar on the Canon EOS R seemed like a good idea on paper but was quickly found to be poorly implemented.

In its review of the EOS R, Imaging Resource wrote that in practice, Canon’s Touch Bar hurts more than it helps.

“While it’s certainly unique and allows for various function customizations, it feels awkward to use in practice,” the team of reviewers concludes. “To avoid accidental touches, you have to hold your finger on the Touch Bar to ‘unlock’ it, which is frustrating and slows you down in the field.”

To avoid this kind of response, Canon will have to make sure that any touchpad that it chooses to implement on a lens actually makes using the optic easier, faster, and better. Few photographers will actively complain about how lenses are focused today, so it’s possible that this innovation will be received as Canon choosing to seek out a solution to a problem that doesn’t exist.

How to Downgrade a Canon Camera’s Firmware to a Previous Version
Five tips for celebrating sports in commercial photography
Fujifilm’s New Fujicolor 200 Looks to be Kodak Gold 200 in Disguise
Profoto B2 Long-Term Review: A Small Flash That Punches Above Its Weight
Are the Megapixel Wars Really Over?