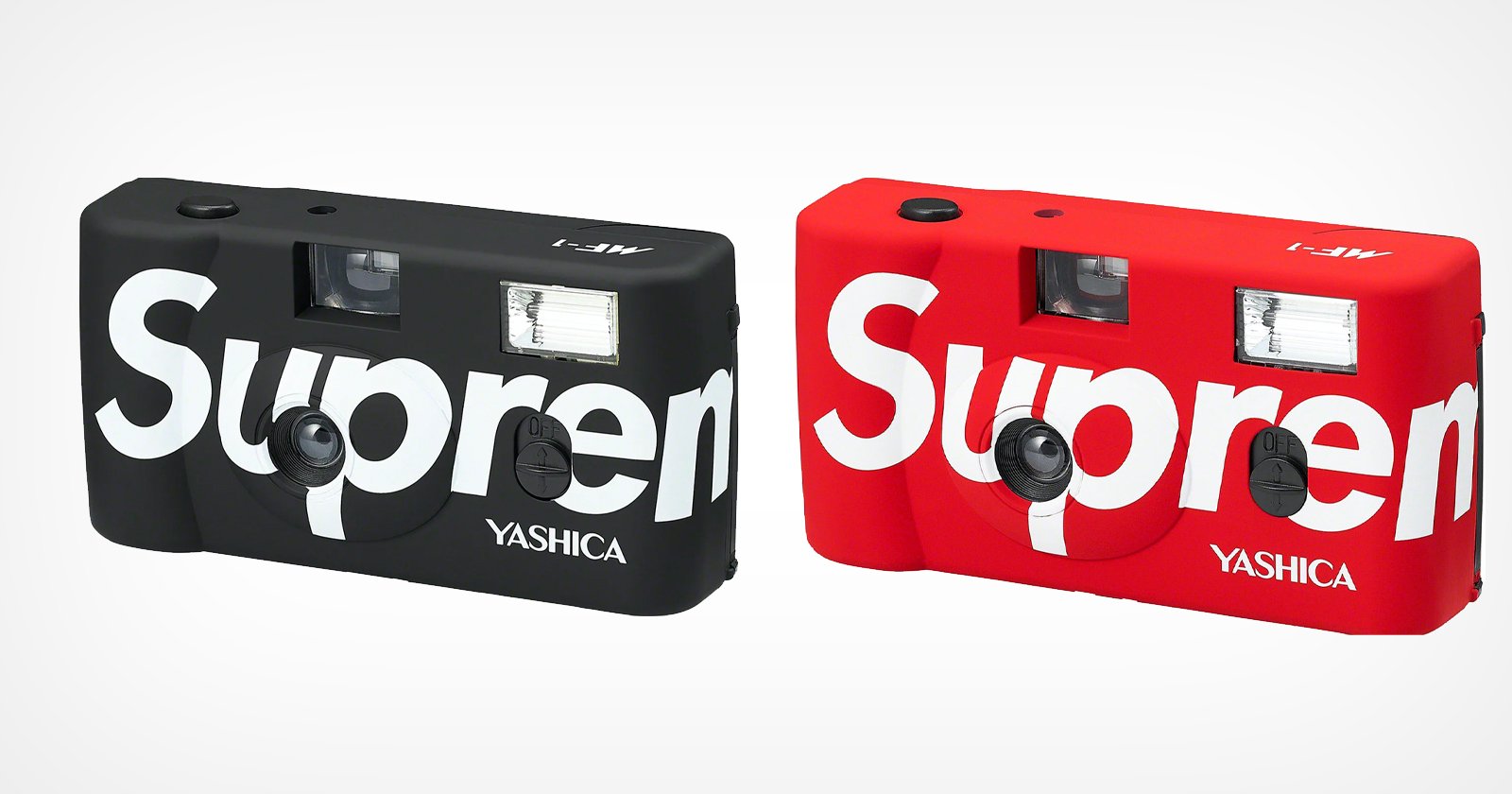 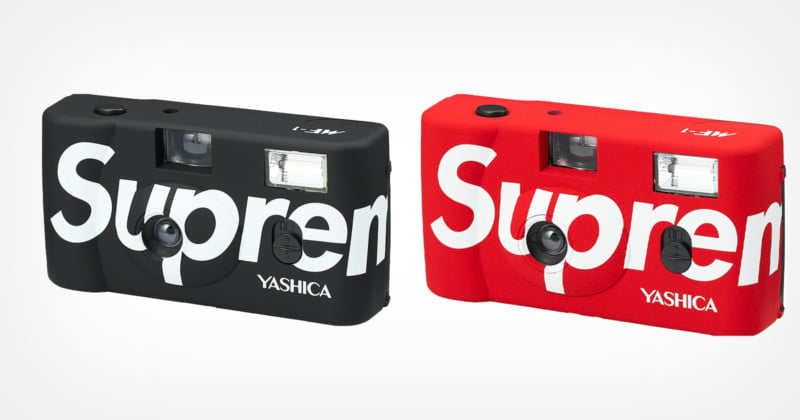 After toying with photography products last year when it released Instax-compatible instant film, American lifestyle brand Supreme is set to drop its first camera featuring the brand’s iconic black and red colors and Supreme logo emblazoned over a Yashica MF-1.

The Yashica MF-1 was originally announced as a Kickstarter in 2019 and, despite following the woeful Y35 digiFilm camera — which was just about universally disliked by reviewers and backers alike — managed to secure over HK$145,000, well past its crowdfunding goal.

Yashica actually went out of business in 2005 but was relaunched in 2008 by new owners. Overall, the so-so reputation of the company hasn’t really changed from owner to owner, especially with the disastrous launch of the heavily-hyped Y35.

When the MF-1 was launched in 2019, it was marketed as an ultra-simple compact 35mm camera with a fixed shutter speed of 1/120s, a fixed aperture of f/11, and a focus range of one meter to infinity. The camera has a built-in flash that can fire about 120 flashes with a single AA battery and is rated to have a lifetime of about 3,000 flashes. 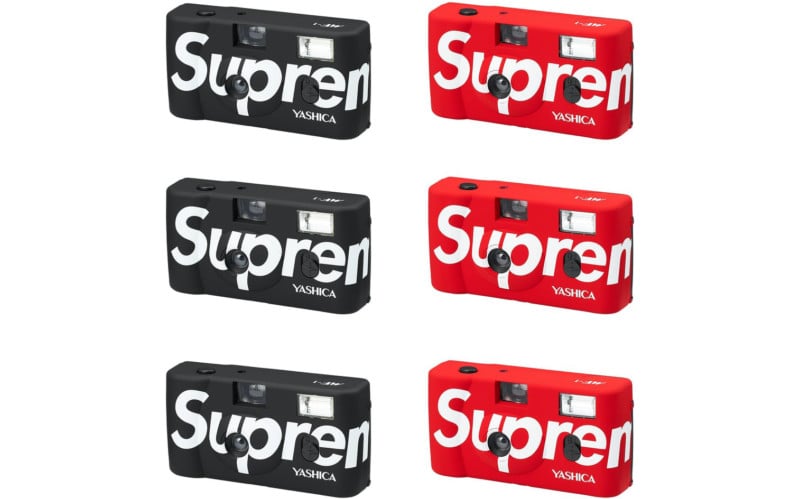 The Yashica MF-1 was never meant to be anything close to even a mid-range camera, and its mostly-plastic design and lack of options likely relegate it to being just slightly better than disposables. A quick perusal of reviews shows that those who have shot with the MF-1 found it to be flimsy and produced mostly soft-focus photos. One even called it “so bad” and “absolute garbage.”

That doesn’t seem to have slowed down Supreme, however, as the company will drop the camera in stores and online on March 25th. The company hasn’t announced how much this special-edition version of the camera will cost, but the MF-1 typically sells for around $60 so expect it to be at least that much with perhaps a bit more of the Supreme brand tax added on top. 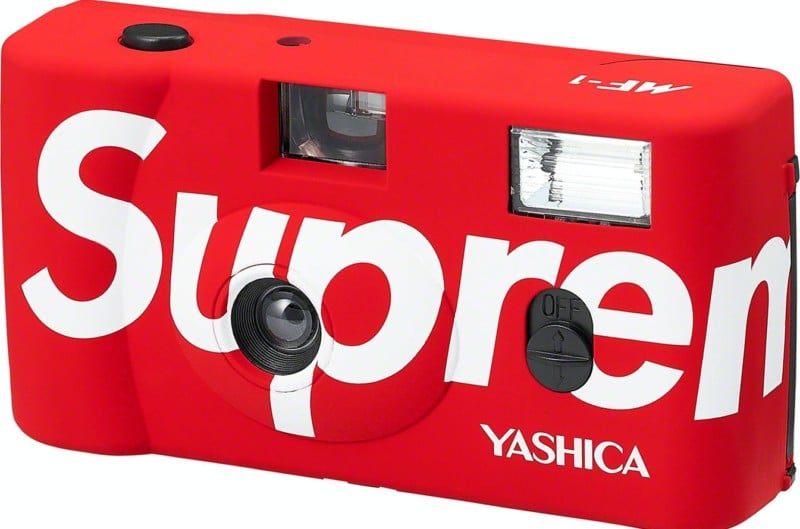 Supreme is known for dropping some pretty unusual products simply for the collectibility. There is a fairly extensive list of strange accessories that the brand has launched over the years, including a set of Chinese meditation balls, nunchucks, liquor bags, a fire extinguisher, and of course the Supreme Brick. For the company, it appears that often it doesn’t really matter what the product is, if their logo can be stamped on it, someone will buy it. 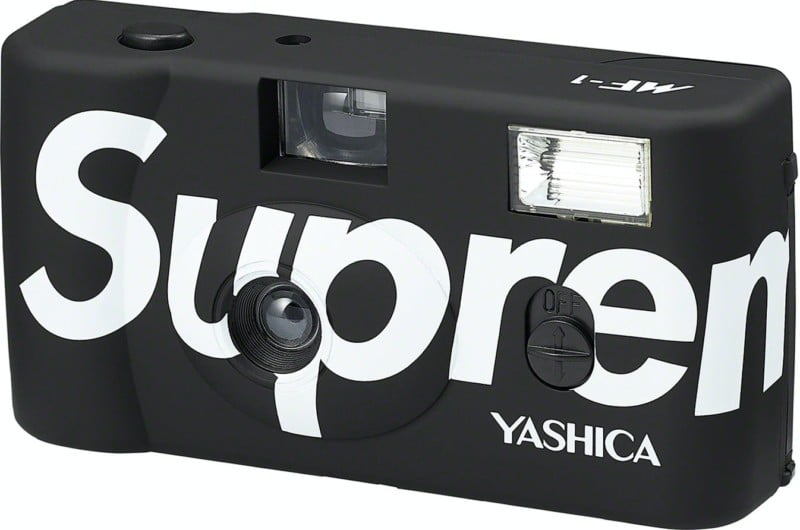 That’s likely going to be the case with the Supreme edition of the Yashica MF-1. Those interested in grabbing one aren’t likely looking to get it for its photographic capability, but for the collectible nature of the product. It’s not a crazy strategy, as the aforementioned Supreme Instax Film is hard to find these days, with StockX showing its value at nearly four times what typical Instax film usually costs.