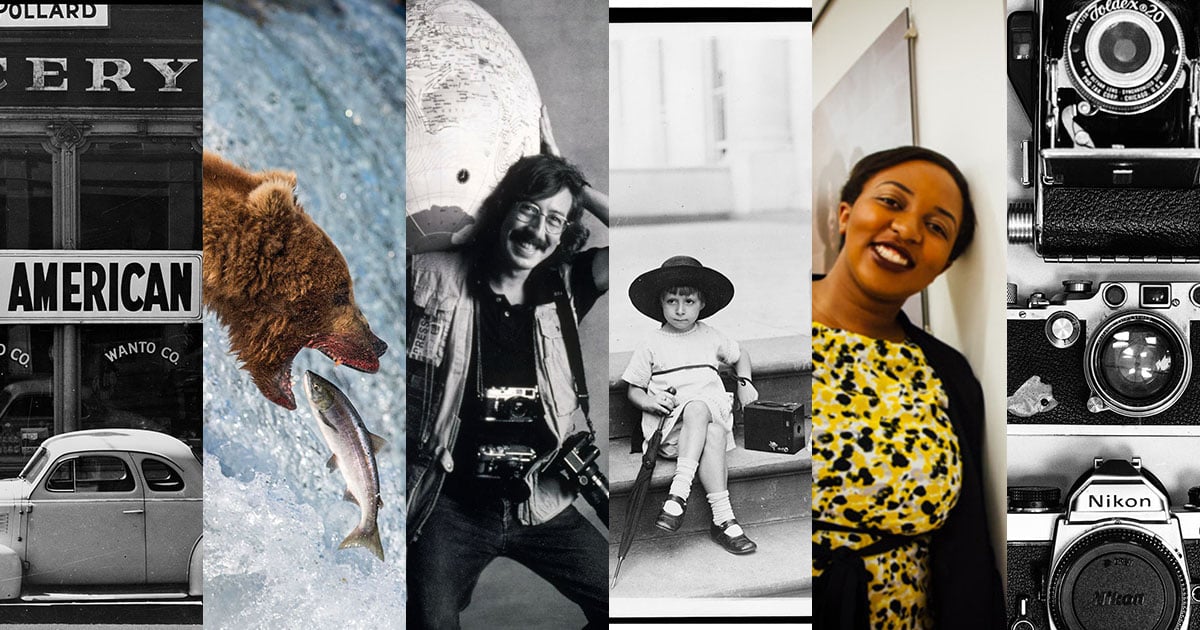 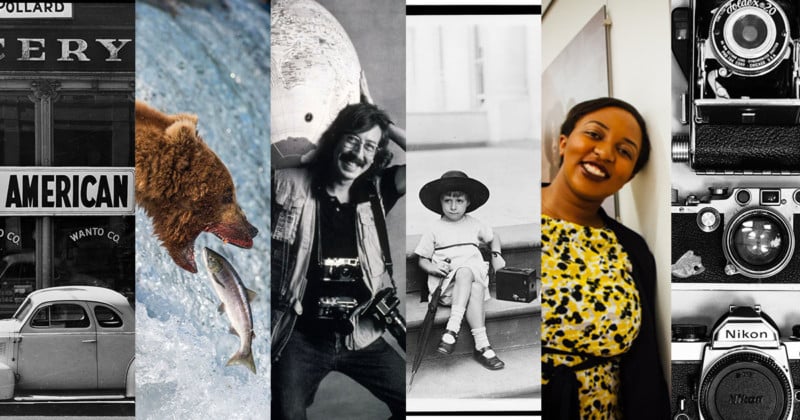 ‘The Fakery is all Part of the Fun’: the Hoax of the Mirror Selfie – The Guardian

First, there was the selfie. Next came the mirror selfie. And now the fake-mirror selfie has arrived in 2021. What? Really?

Yes, a fake mirror-selfie is one shot without a mirror. All you need is another camera phone and a photographer or a regular camera and a tripod using the self-timer if you are a DIYer.

Mirror selfies often show the edge of the mirror, but many do not, like this one by SusieBubble.

And some mirror selfies may show minor smudges on the mirror, but then you might be able to clean the mirror super-duper, Windex well.

So, how do you find out if it is fake or real? You can’t. And if you can, let us know in the comments below.

Notable: One of our ex-editors, GB, wrote in July 2014 “We usually don’t condone mirror selfies…”

The Magnum square print sale “The Unexpected” ends tonight at midnight PST. Until then, more than 90 signed or estate-stamped, museum-quality 6×6″ prints by Magnum photographers are available for $100, £100, and €110.

Over more than seven decades, Magnum photographers have reported on and witnessed events worldwide that changed societies, nations, and people in unexpected ways, which is this curation’s theme.

These museum-quality prints are accompanied by the photographers’ and estates’ statements, reproduced on archival-quality labels on the print’s reverse. You can see all the images in the selection – and their corresponding texts – on the Magnum Shop.

Seen above in a self-portrait, Jason Selman is admitted to the hospital at 3 AM, after a 10-hour stay in the Stanford Hospital emergency room.

Wedding Photographer Jason Selman has also worked at Bay Photo for several years. The 46-year-old lensman who weighs just 115 pounds receives his nutrition intravenously and often spends 10 hours a day hooked up to a ventilator as he battles a devastating cancer, recurrent thymoma.

“Figuring out how to keep creative, I started documenting my life at home when I had the energy,” Selman wrote in one of several emails to the Santa Cruz Sentinel during times when his illness made it difficult for him to speak aloud. “I always have my camera close to me in case something interesting happens, or I think of a new way to tell the story of what my wife and I are going through. I don’t know what I’m going to do with this project, but it keeps me shooting and being creative for now.”

If you wish to buy prints or just send Selman a message, his contacts are on his website, and his Instagram is @jasonselman. You can also leave a message in the comments below.

Dorothea Lange made a comment late in her career: “No country has ever closely scrutinized itself visually. … I know what we could make of it if people only thought we could dare look at ourselves.”

As we start to enter a post-COVID world, it feels once again urgent that we look.

How to Start a Camera Collection – Amateur Photographer

Most flea markets have a lot of old cameras around. However, many of them are of no intrinsic value or deserving of a special place either in photographic history or on a camera collector’s shelves. So how do you figure out which camera is collectible? Sometimes it’s a matter of age; other times, it’s the manufacturer or perhaps the country of origin.

If you have never thought about buying a camera as a collector’s item, or even if you are a collector already and seek confirmation of your sanity, read on at the link above.

The National Press Photographers Association has launched a permanent Diversity, Equity, and Inclusion (DEI) Committee, which has now been written into the association’s bylaws.

Multimedia journalist Polly Irungu will chair the DEI Committee. Irungu is the founder of Black Women Photographers, a global community and directory of Black women and non-binary photographers. 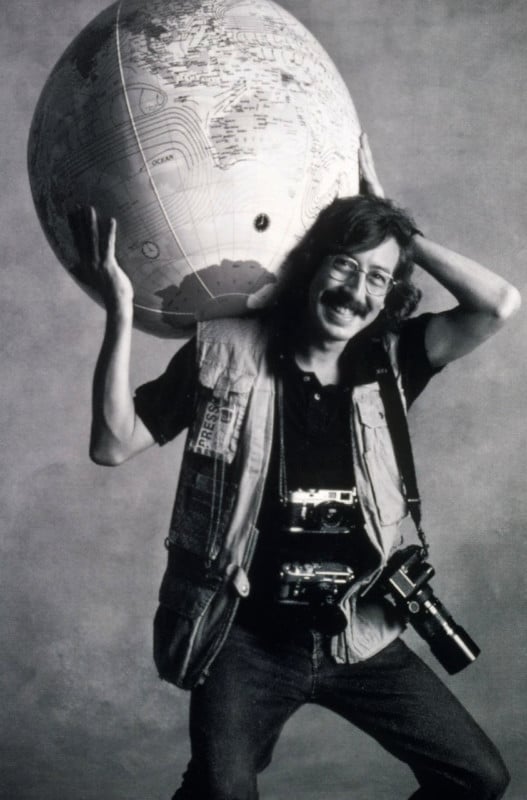 In 1980, Rick Smolan, a professional photographer, wanted to compile A Day in the Life of Australia, a book of images shot by 100 photographers in 24 hours.

Smolan pitched the idea to 35 publishers, and they all rejected it. But he was already working on the project in Melbourne, Australia, with six other photographers thinking it would all come together. He had almost $100,000 in bills.

The Australian Prime Minister was known to Smolan as he had met him on an assignment for Time. He decided to turn to him for financial help. The PM said he did not have the funds but would introduce him to corporate heads like Steve Jobs, who was starting Apple.

Smolan thought this was the craziest idea ever, but it ultimately worked out. He self-published with the help of sponsors, and by Christmas 1981, A Day in the Life of Australia became the top-selling book in Australia. Harper Collins bought a Day in the Life series in 1987 for an undisclosed amount. The books have, to date, earned over $100 million in sales.

Check out
A Conversation with Photographer Rick Smolan

21 Cameras That Have Changed the History of Photography – Domus

Here is a collection of cameras that have marked the photographic industry’s evolution, from the first Kodak Brownie to the iPhone.

Quiz: The Kodak Brownie was introduced in 1900 for $1. Why was the price kept low?
Answer: It was conceived and marketed for sales of Kodak 117 roll films which took 2 1/4-inch square pictures. The first Rolleiflex twin lens reflex in 1929 also used the same film.

There are two types of people in the world: those who share everything online and those who don’t.

A survey by Shotkit, an online community for photographers, reveals that couples (2,000 UK photographers aged 18-50 surveyed) who post three or more selfies a week are 128% unhappier in their relationship on average than those who never post.

Do you agree? Let us know in the comments below.

Interesting Photo of the Week

The Youngest Female to Capture a Presidential Portrait at the White House?

This photograph from 1922 shows a girl in a broad-brimmed hat seated on the White House steps with an umbrella and a Kodak Brownie camera by her side.  This is little Miss Tarkington, daughter of Mrs. W. Tarkington Jr., on the steps of the White House patiently waiting to snap a picture of President Warren G. Harding.

Note: If you know anything more about Little Miss Tarkington, especially if she did manage to get a photo of the president, please let us know in the comments below.

Quiz of the Week:

A Liquid Lens can apparently change focus and focal length just by altering the shape of the liquid element. This will allow the manufacturer to replace the standard multi-camera arrays found on pretty much all smartphones with a single camera, thanks to its ability to change the focus point and focal length more easily via that liquid element.

Which manufacturer is planning to launch a smartphone with a liquid lens?
Answer: Click here.

Ever since I saw Thomas Mangelsen’s famous “Catch of the Day” photo, I was interested in getting up to Brooks Falls in Alaska to see this spectacular annual event for myself. Mangelsen caught one of the greatest “Decisive Moments” in wildlife photography.  The opportunity came in 2016 for me to take a slight diversion to Alaska’s Katmai National Park during a project in America’s 49th state. Brooks Lodge at Katmai National Park is the ideal hotel in the area, but rooms book far in advance. Otherwise, visitors fly in for the day on a floatplane. Since this was somewhat of a last-minute opportunity, I had to choose the latter.

Brown bears make their way to Brooks Falls to fish for their favorite prey in midsummer during the salmon’s annual spawning season upriver. While most bears stay at the bottom of the falls and pin the salmon that miss their initial jumps to the top or haven’t yet attempted it to the river floor. Some bears venture to the top and try to catch their prey in mid-flight.

There’s a viewing platform that’s ideal for photographing this natural annual event. The late afternoon sun is best from this angle, but you’re often shoulder to shoulder with other photographers and the general public. The amount of time you’re allowed to stay on the platform is also regulated by the National Park Service to allow others to experience the event, so you have to be prepared to line up again for another opportunity.

I used a Nikon D810 with a NIKKOR 300mm f/2.8G ED-IF II AF-S VR-II lens set to 1/2000th of a second at f/5, ISO 100. I rarely use motor drives for my work, but in situations like these, the more frames I can click off, the better. From this distance and with the speed of the action, it’s impossible to really know if you’ve caught “The Decisive Moment” (to use Cartier-Bresson’s terminology again) not only at the correct fraction of a second but also in focus. Those few anxious moments reviewing the images on the LCD are both thrilling and a bit terrifying at the same time.

Mark Edward Harris has photographed in more than 100 countries. He graduated from California State University, Los Angeles, with a Master of Arts Degree in Pictorial/Documentary History. Mark’s photographs have been published in The New York Times, Time, Newsweek, LIFE, GEO, Conde Nast Traveler, National Geographic Traveler, Forbes Life, and others. Mark is a contributing editor for Digital Photo Pro, Outdoor Photographer, and Black & White. His numerous books have all received awards, and his upcoming book is “The People of the Forest,” which will focus on orangutans.

Quote of the Week (or a previous week):  Eve Arnold

The £30 poster collection is available here.

On reviewing her portfolio as she joined Magnum, Robert Capa (co-founder) famously described the arc of her work as “Falling between Marlene Dietrich’s legs and the bitter lives of migratory potato pickers.”

Photo Editing App Bazaart Adds Video to Keep Up with Picsart
Leica Unveils the M11: A 60MP Rangefinder with ‘Triple Resolution’ Tech
How I built a DIY 180 orbiting rig using readily available parts
How to Film a Time-Lapse Video
How NFTs protect artists