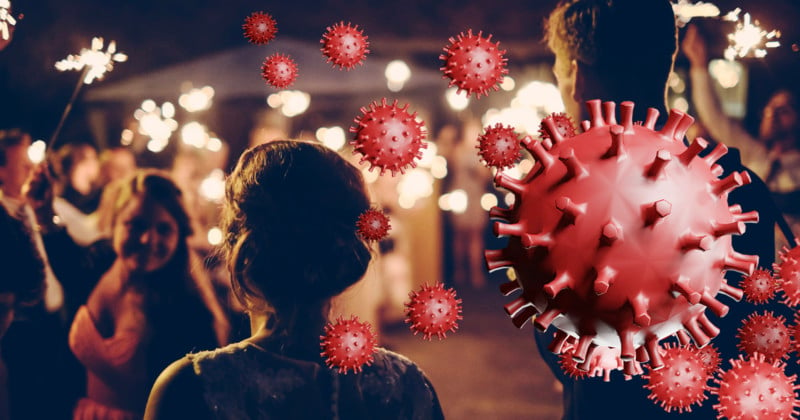 A new study produced by Zenfolio delves into the current state of the photography industry from the perspective of active photographers. While addressing the decline of business in the last year, it also highlights 2021 and what segments are already seeing a recovery.

2020 was, as most know, extremely challenging for the entire industry. As noted in previous studies, nearly the entire population of active photographers was affected by the pandemic last year, with a vast majority reporting that it directly affected bookings. 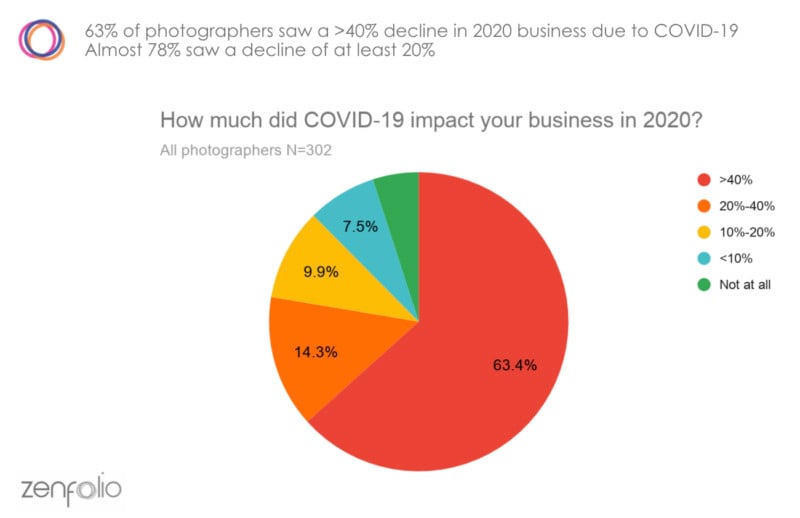 Unsurprisingly, Zenfolio’s study found that wedding photographers were hardest hit due to the pandemic last year, with 81.8% of respondents stating that it had negatively affected by at least 40%. This echoes a previous study out of the United Kingdom. Zenfolio also found that they, among all photographers, are expecting it to take the longest amount of time for business to get back to normal. Half of all respondents are saying it will take at least a year to see things get back to pre-2020 levels. 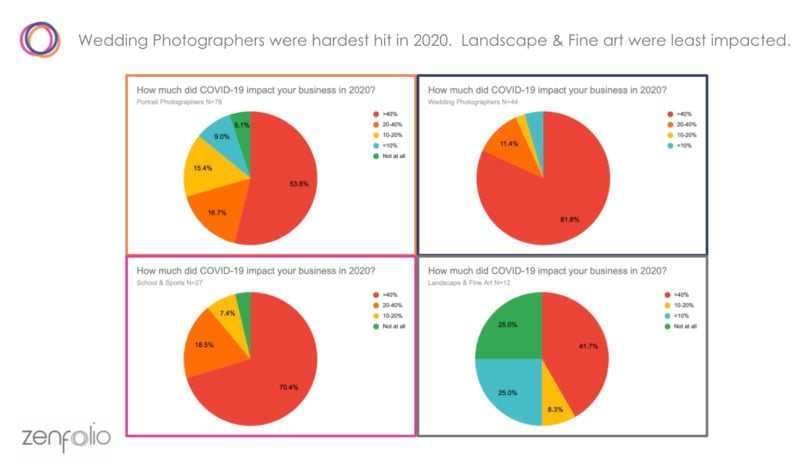 Wedding photographers are seeing the most slowness with their businesses so far this year, with 68% of all photographers stating that business is slower than expected so far. 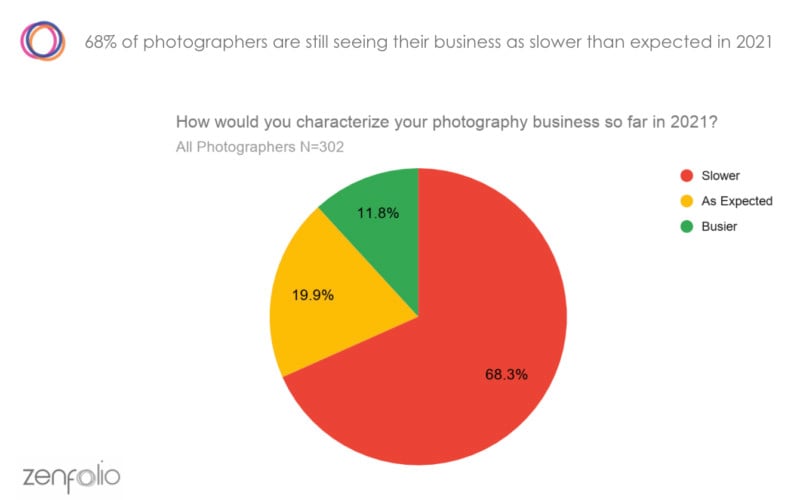 As is expected, landscape and fine art photography were least affected as their work does not require immediate contact with other people and may actually have benefitted from travel seeing a significant dropoff over the last year. Along that same train of thought, those same photographers are already doing as well or better than expected in 2021, and landscape photographers are the most optimistic about their future business than any other category. 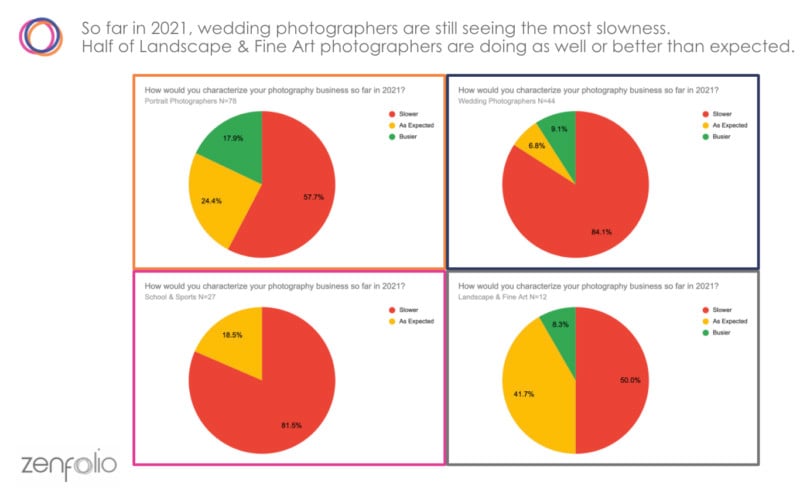 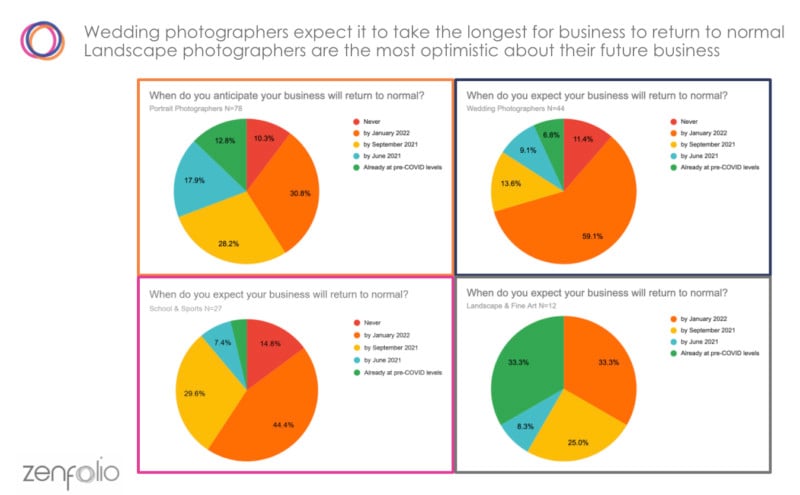 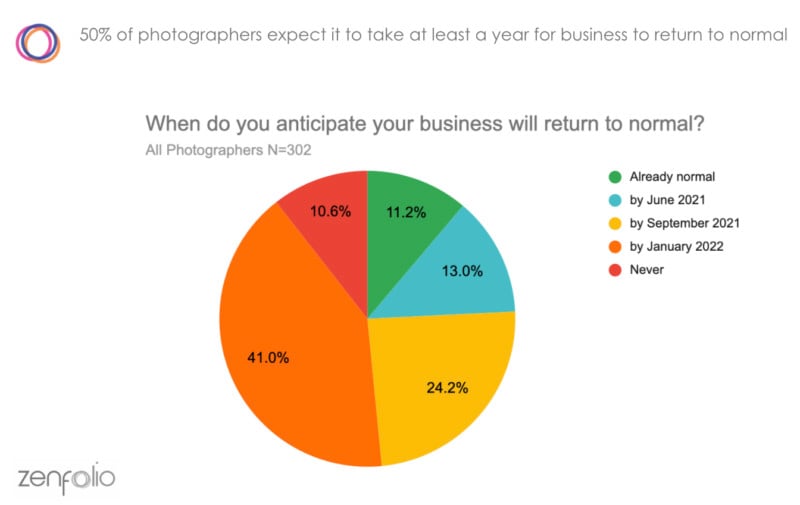 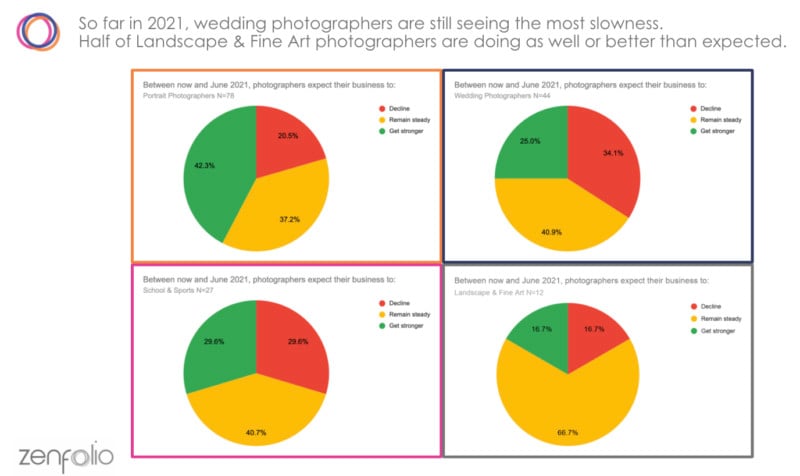 If there is anything to take away from the data is that the industry has by no means even begun to fully recover and that overall, there is still a good deal of uncertainty around how things will go for the rest of this year and even in the coming years. While last year, respondents believed that wedding photography would pick up as those who postponed in 2020 would aim to try again in 2021, that sentiment seems to have waned a bit in Zenfolio’s study amidst growing third waves of the disease in Europe and other countries.