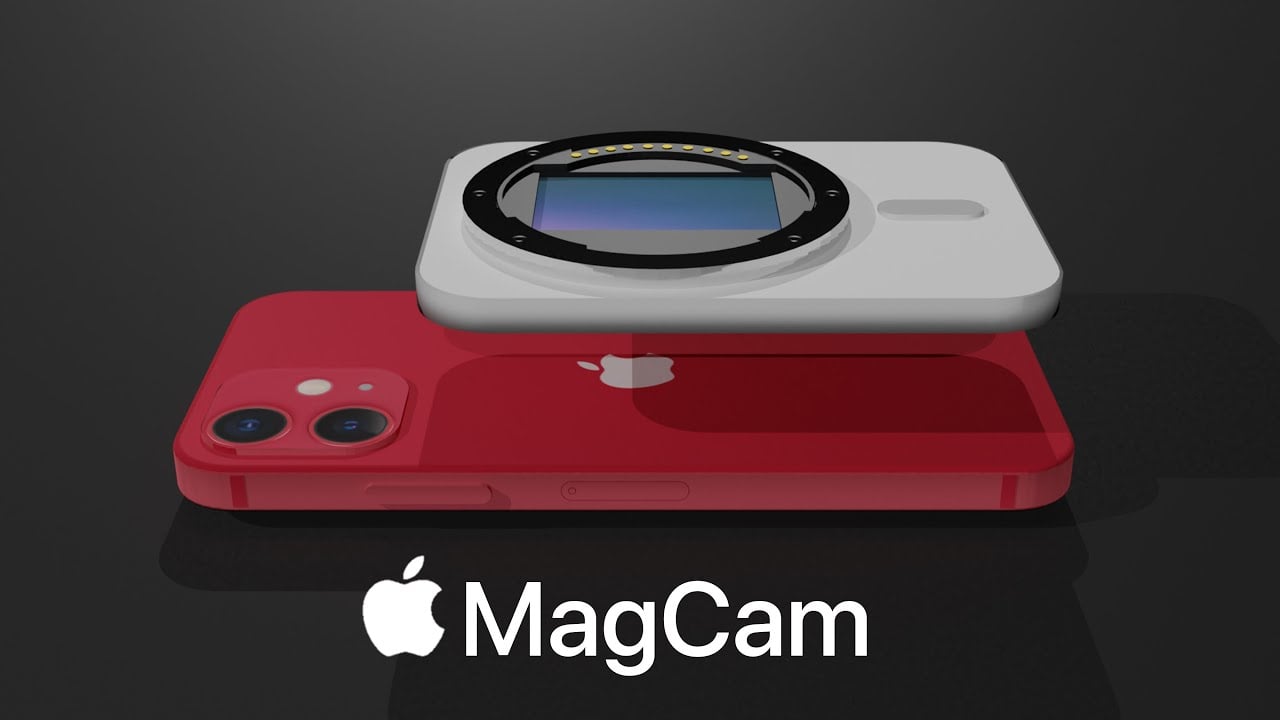 Last year, Apple brought back the MagSafe by integrating a magnetic attachment to the back of its iPhone 12 phones. While to this point it has only been used to charge the device and hold accessories, what if it could be leveraged to attach a full-frame sensor to the iPhone?

YouTuber the Hacker 34 — whose real name is Kevin — makes tech concepts on his YouTube channel that range across devices. He’s shown what he thinks the new iMac 2021 would look like in the middle of last year, has shared a concept for the AirPods 3, and even came up with a concept trailer for Windows 11.

Many of these ideas are his takes on known or speculated future devices, but his latest is an entirely unique vision for an iPhone accessory.

Called the Apple MagCam (or MagSafe Camera), Kevin describes it as the “iPhone camera on steroids.” In his vision, this devices would feature the first full-frame sensor on a smartphone, making it the lightest (only 210 grams) true professional camera system on the planet.

“Say hello to Smart HDR and 8K on a full-frame 50MP sensor: Compatible with any E-mount lenses, powered by the iPhone’s reverse charge capability, and runs on the A14 Bionic of the iPhone,” Kevin writes.

He also envisions stellar photo and video quality thanks to a new pro mode and “industry-leading” integration through iOS. The renderings boast some impressive specs and include 50-megapixels, a mix of optical and electronic 5-axis image stabilization, 759-point phase-detection autofocus that includes Eye-AF, an ISO range of 50 to 204,800, Smart HDR and Deep Fusion, 30 frames per second burst, and up to 8K at 30 frames per second and 4K at up to 120 frames per second with both in Dolby Vision. The camera would also be able to shoot in ProRAW and HEIF. Oh, and this device would clearly be a very public partnership with Sony, as it would accept all E-mount lenses. All this, for a theoretical price of just $799. 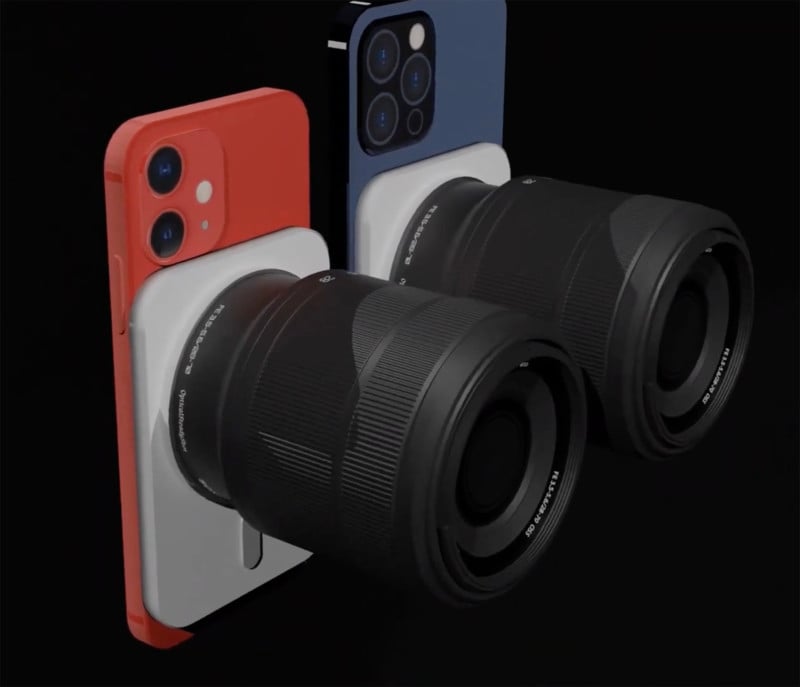 This is clearly just a fun idea and not a concept that has any hope of being a real product given the present physical limitations — at least not one that can closely match the renderings. Not only does the MagCam device look a bit too thin to correctly accommodate E-mount lenses (not to mention stabilization), but the real issue is also heat dissipation. This device is so thin and lightweight that it would be very easy to overheat it given the incredible top-of-the-line specs that Kevin envisions. 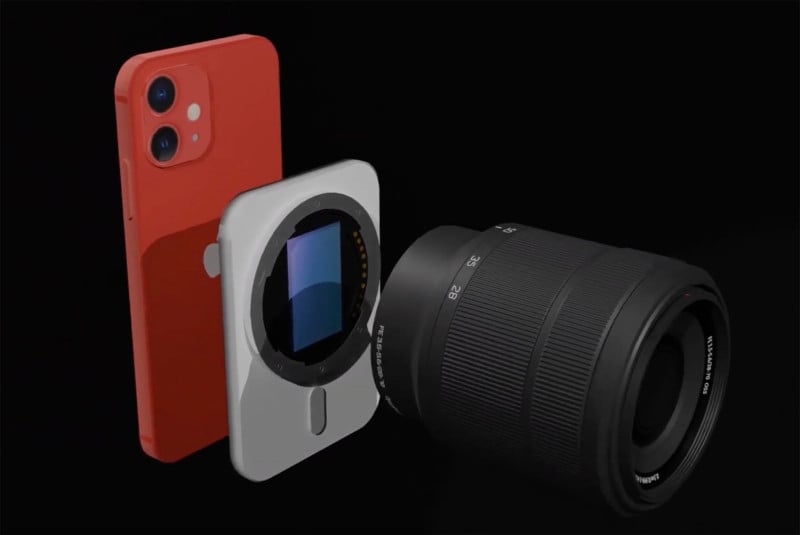 As neat as this idea is, market research probably wouldn’t see it come to market notwithstanding the aforementioned technical limitations building such a device would face. In 2015, Olympus tried a similar concept called the Olympus Air: a 16MP camera with a Micro Four Thirds lens mount that was operated by a smartphone. While it didn’t take advantage of a proprietary technology like MagSafe, it did offer a lot of the experience that Kevin envisions for the MagCam. That device hasn’t seen widespread success, and while Olympus still markets it as a concept it supports, you’ll be hard-pressed to find one new to purchase. As it turns out, people don’t seem to like carrying big lenses to use in tandem with their small, pocket-sized devices.

But it’s fun to dream, right?