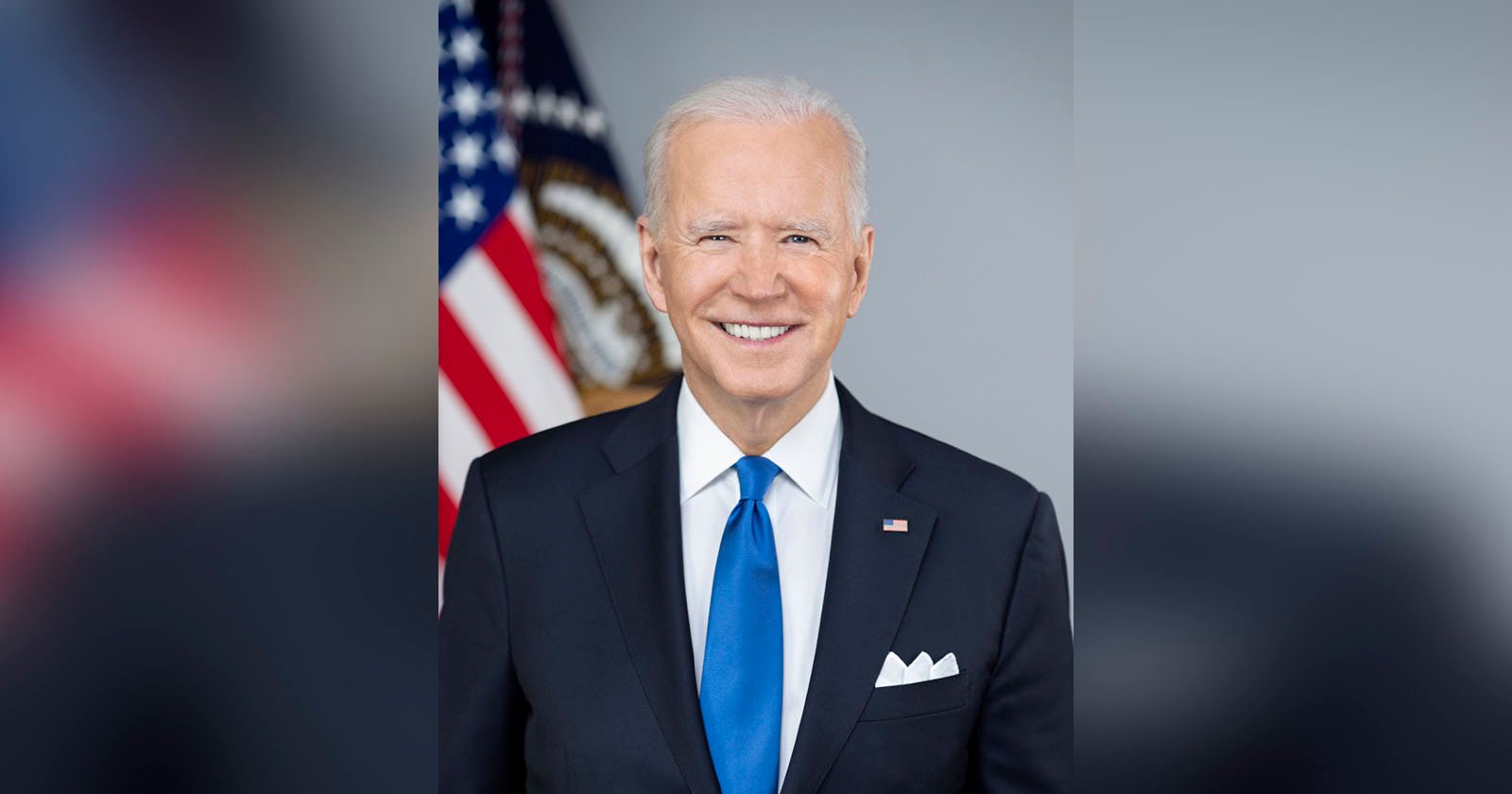 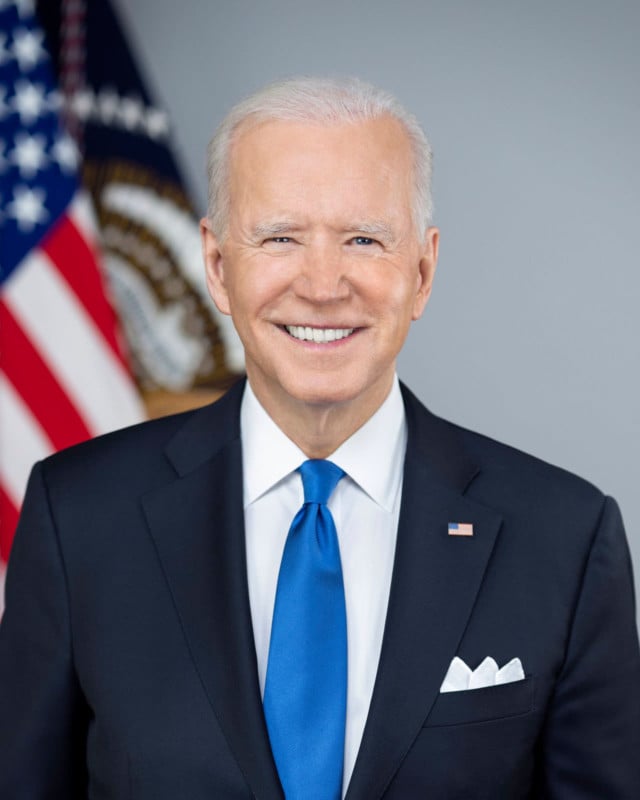 The metadata in the released photos reveals that Schultz’s lens of choice was Sony FE 85mm f/1.4 G Master. 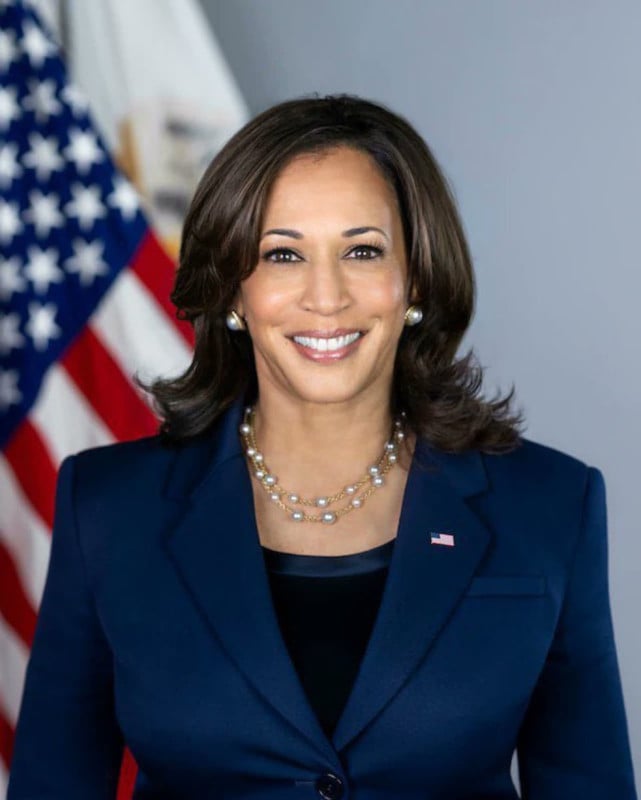 Schultz shares in a Tweet that the portraits were shot on March 3rd in the White House’s library room.

White House photographers have largely used Canon and Nikon cameras through the years, but there has been a change as of late as the camera industry has shifted to mirrorless cameras and as Sony has emerged as a leader in the new market.

If you’re interested in diving into the technical aspects of Biden’s official portrait, photographer and YouTuber Jared Polin just published this 12-minute critique:

Here’s a look at official presidential portraits over the past two administrations for comparison:

President Barack Obama’s first portrait was shot with the Canon 5D Mark II, and it was the first official presidential photo to be shot using a digital camera.

Read more: Trump’s Official Portrait and the Language of Lighting

That first portrait turned out to be a placeholder — a more standard official portrait was published months later.

Biden and Harris’ new official portraits will now be displayed in federal buildings across the United States.

Profoto B2 Long-Term Review: A Small Flash That Punches Above Its Weight
Solving the Problems of Photography in Very Cold Temperatures
Instagram Was The Number One Downloaded App Globally in Q4 2021
This hilarious video reviews a Lego Leica as if it was a real thing
Photo Editing App Bazaart Adds Video to Keep Up with Picsart