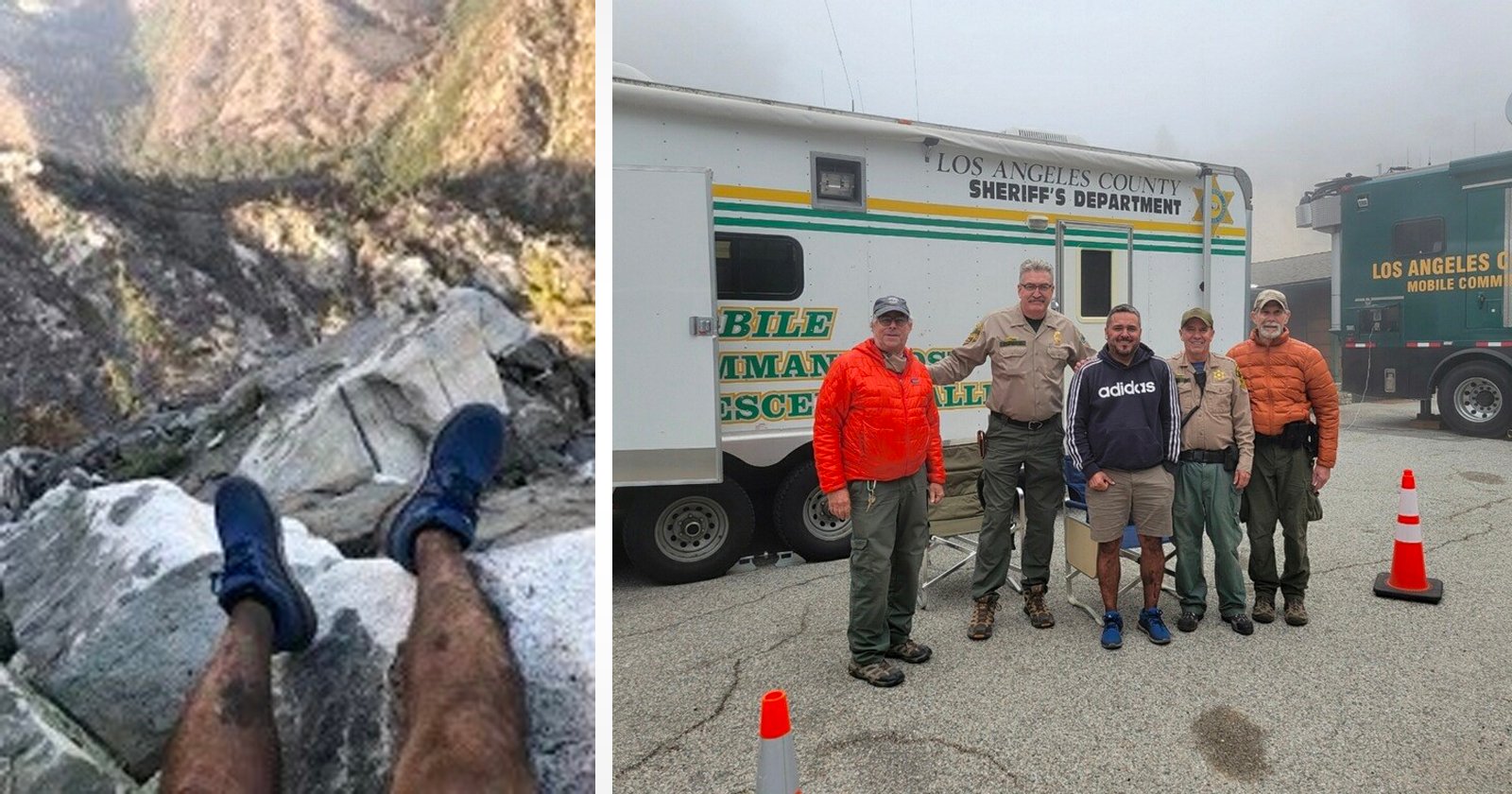 A hiker who had been missing in the mountains of Southern California was found after a Twitter user pinpointed his location from the last photo the hiker sent to a friend, which was shared by authorities on social media.

As reported by The New York Times, 46-year-old Rene Compean found himself lost in the California mountains. Just before his phone’s battery died, Compean sent a photo of his feet and surroundings to a friend. Compean was reported missing on Monday, April 12 at 6 PM and search teams immediately started looking for him.

Unfortunately, metadata was not helpful in finding him as Compean had disabled his cellphone’s location tracking settings. When authorities realized this, they disseminated a low-resolution version of the photo on social media in the hopes that someone would recognize the location.

“Unfortunately, Rene did not have his ‘location’ on for his phone, so team members were unable to get his location code from the photo,” the Los Angeles County Sheriffs Department (LASD) wrote in a press statement (emphasis theirs). “We were able to send the photo out to the media and on social media platforms hoping someone would recognize the area in the photo and call us to help.”

Are You an Avid Hiker in the Mt. Waterman Area? #LASD SAR Teams need help locating a #missing hiker. He sent this picture to a friend. His car was found near Buckhorn Campground/Trailhead. Call us if you recognize the area pictured below 818-248-3464. https://t.co/Xi0VL6Mxfi pic.twitter.com/1lUMrgj4y9

Twitter user AI6YR — identified as ham radio operator Benjamin Kuo in a report by DPReview — responded with a series of tweets that used satellite imagery to view the Mt. Waterman area, where Compean was believed to be.

The LASD says that Search and Rescue members were contacted by Juo and, thanks to his help, were able to find the lost hiker. What is notably impressive is how accurate Kuo was despite only having a very low-resolution photo to work with.

“I’ve got a very weird hobby, which is, I love taking a look at photos and figuring out where they’re taken,” said Kuo in an interview with NBC Los Angeles.

“Our Air5 started to search in the area of Twin Peaks East and Triplet Rocks where they flew low, and close to the mountain,” the LASD says. “Through the fog they found Rene safe. He was airlifted to meet with our rescuers and pose for a quick picture.”

Compean says that he may have gotten lost because the recent fires in the area burned down some of the signs which caused him to take a wrong turn.

“I crazy appreciate what you did…I really don’t know if I could make it there another day. It was just so cold,” Compean told Kuo.

“From the image in the background below your shoes, I was able to figure out where you were — pretty close,” Kuo replied.