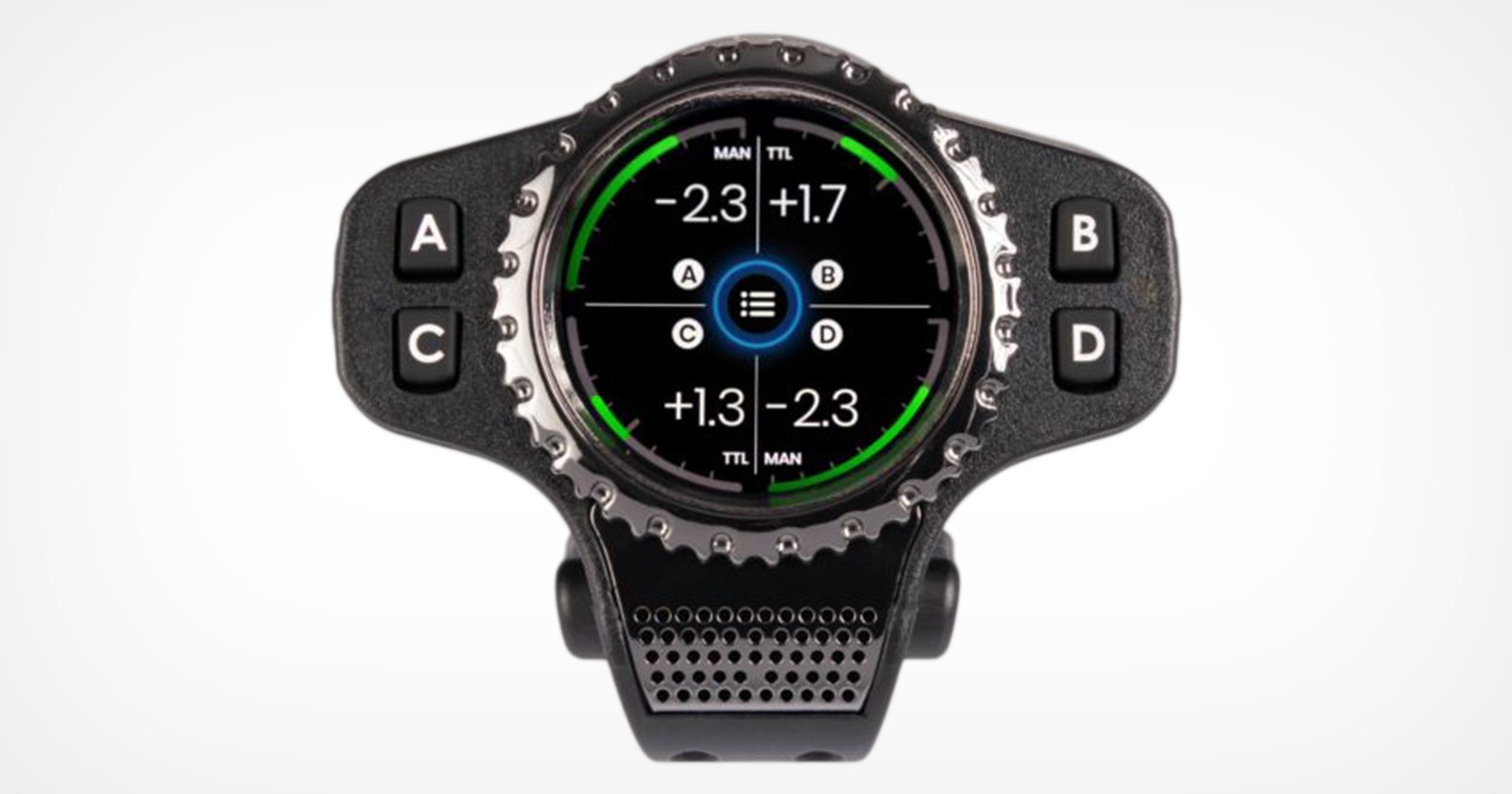 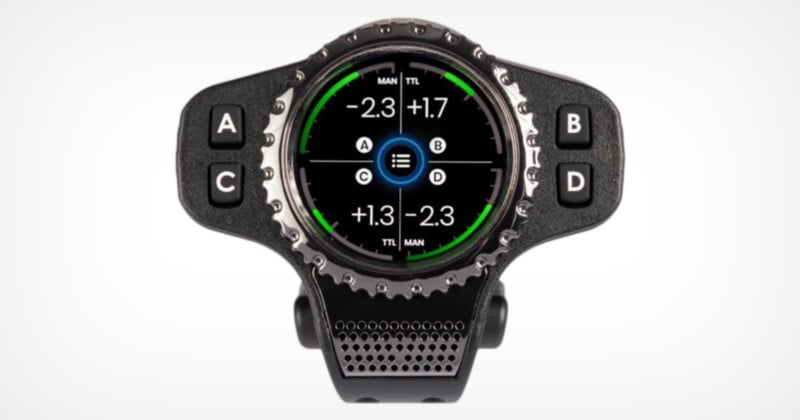 As reported by Lighting Rumors, the Raven attaches to a camera’s hot shoe like pretty much any other strobe controller your camera’s hot-shoe. However, it differentiates itself from other available triggers because it is designed to give photographers control over multiple flash/strobe brands from a single device, whereas most other triggers would limit you to a single brand. If you’re wary of these claims, keep in mind that this system is developed by Jim Clark, the founder of PocketWizard, who states that the Raven is “poised to revolutionize the shooting experience for photographers.”

If the one thing you’ve been missing from your camera kit is something that looks and feels like a Garmin smartwatch merged with a flight simulator joystick, this might be the product for you.

What makes this system even more unique is its use of a touchscreen and dials on a portable controller. The FusionTLC Raven has a rotating control dial surrounding a large touchscreen panel with four flash zones/groups accessible by the A, B, C, and D buttons on the outer edges of the trigger. Each light can be commanded in TTL or manual mode and the trigger also supports High-Speed Sync (HSS).

Additionally, the Raven can control up to eight groups of remote cameras, triggering up to two different flash systems at the same time. This feature should prove incredibly useful to photographers who have lighting kits made up of multiple brands’ products, which is extremely common. You can see the full list of compatible cameras and strobe brands here. The company claims this device is more than just a 32 channel trigger and camera remote, as it comes loaded with additional special features. It has a 180-lumen bicolor lamp on the front for autofocus assistance, but it’s powerful enough to also provide some front-fill lighting if needed. Additionally, its Garmen Smartwatch-esque design isn’t for nothing: it also sports GPS. The rechargeable battery can last up to 16 hours of continuous use.

The Raven comes packed with multiple useful modes that further separate it from the pack of triggers on the market: The Raven trigger not only looks different from pretty much any other on the market, it also offers a lot more creative control than is expected out of a strobe controller. What’s more, given that most of the controls are built into the digital interface, the company can theoretically add and improve these features with firmware updates instead of needing to produce new physical releases — that would be a win for consumers.

Currently, the controller is only available for Nikon systems, but Canon is next up for release. The company did not provide a timeline for that update at the time of publication, but it’s likely safe to assume that should the trigger do well commercially at launch, the company will fast-track the update to expand its customer base.

The FusionTLC Raven is currently available for $449 USD directly from FusionTLC.com.