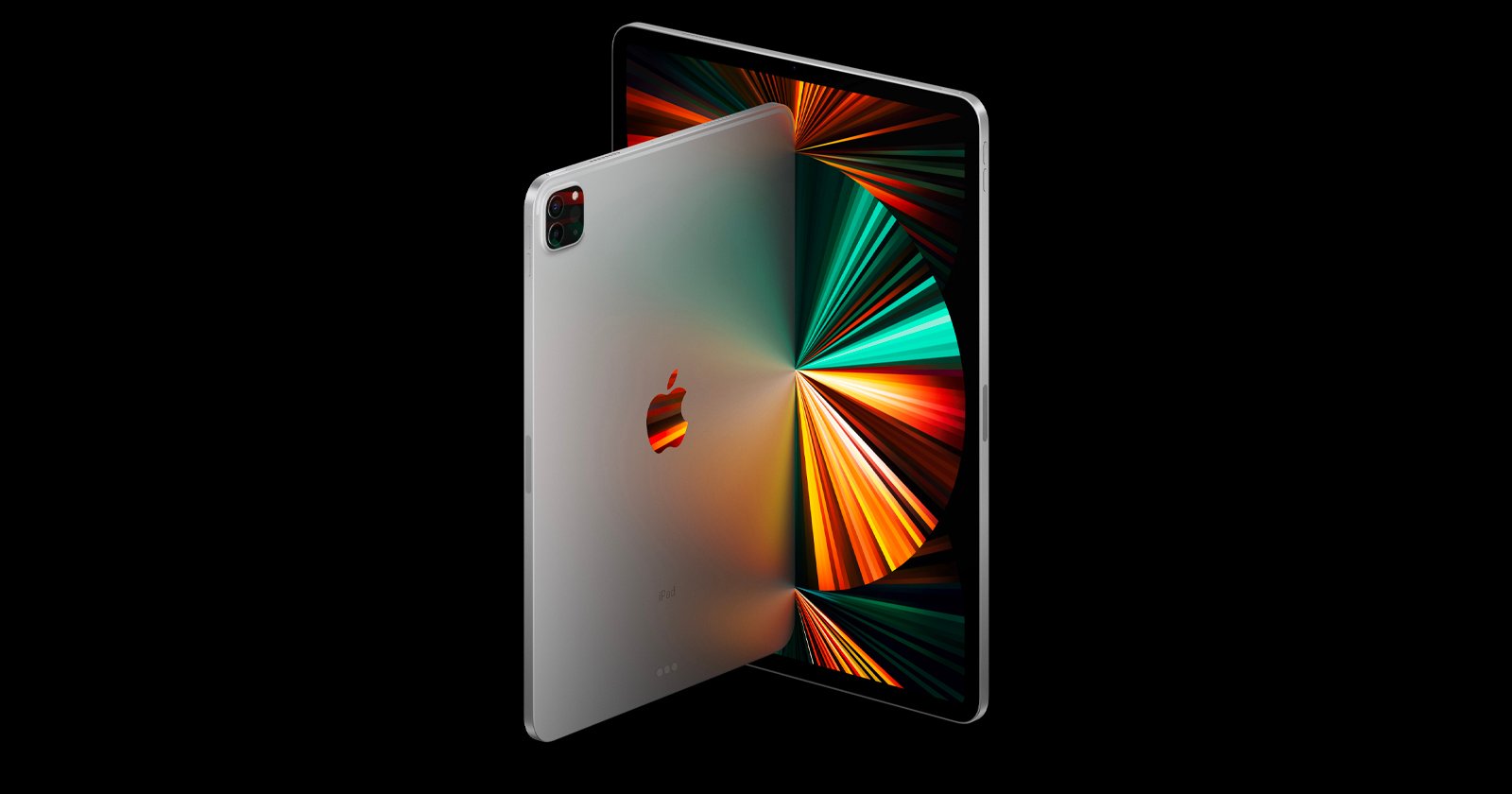 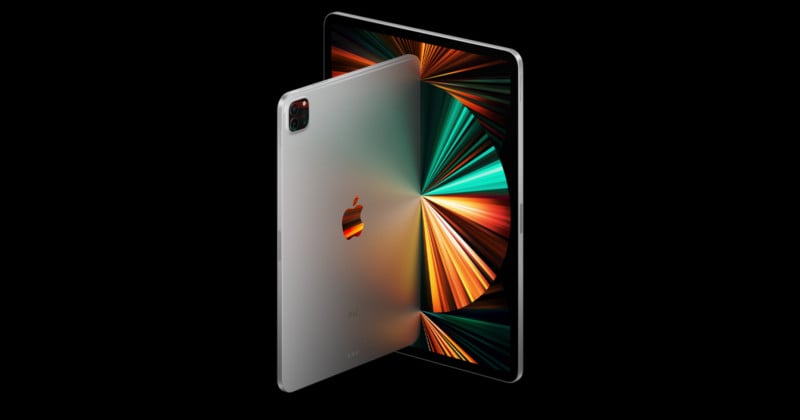 Apple is taking the advantage of the M1 chip’s power efficiency and computing ability and is packing it into the iPad. The company says that the new iPad Pro (11-inch and new 12.9-inch) has a giant leap in performance as well as a new mini-LED powered technology it is calling Liquid Retina XDR display.

Powerful custom technologies, including a next-generation 16-core Apple Neural Engine, an advanced image signal processor (ISP), a unified, high-bandwidth memory architecture with up to 16GB of memory, 2x faster storage, and up to 2TB capacity, make iPad Pro more capable than ever.

Apple says that by integrating the M1 into the iPad, it was able to give the device incredible power efficiency that allows for all-day battery life despite the light and thing design of the iPad Pro’s casing.

The iPad Pro also has support for Thunderbolt, further blurring the lines between tablet and computer. The iPad Pro supports Thunderbolt and USB 4 on the USB-C port on the bottom, which Apple says makes the iPad Pro the fastest, most versatile iPad with four times more bandwidth for wired connections than the previous iPad Pro — up to 40Gbps. That port also allows the iPad Pro to connect with high-resolution external displays, including Apple’s Pro Display XDR at 6K resolution. 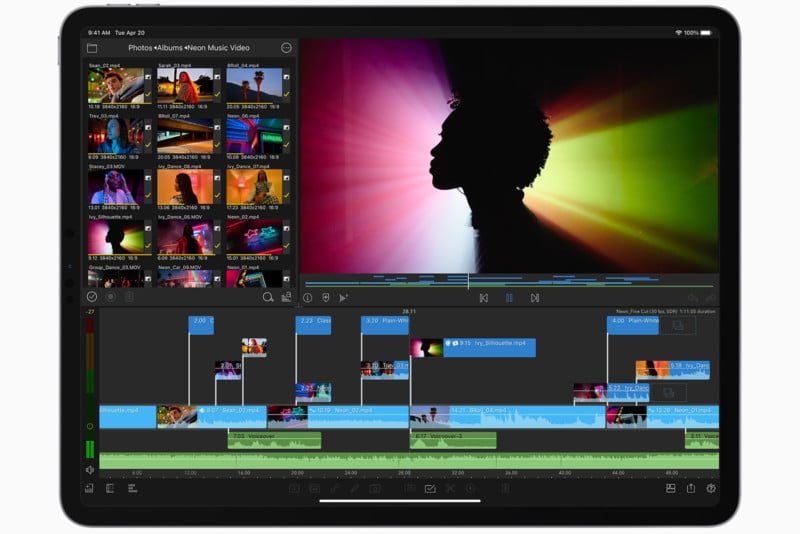 The 12.9-inch Liquid Retina XDR Display brings high-performance to the iPad, with up to 1000 nits of full-screen brightness and 1600 nits of peak brightness which Apple says reaches a one million-to-one contrast ratio. The screen was engineered using a new mini-LED design that uses over 10,000 LEDs across the entire display, which allows for the iPad to render HDR images and video with bright brights and dark blacks. 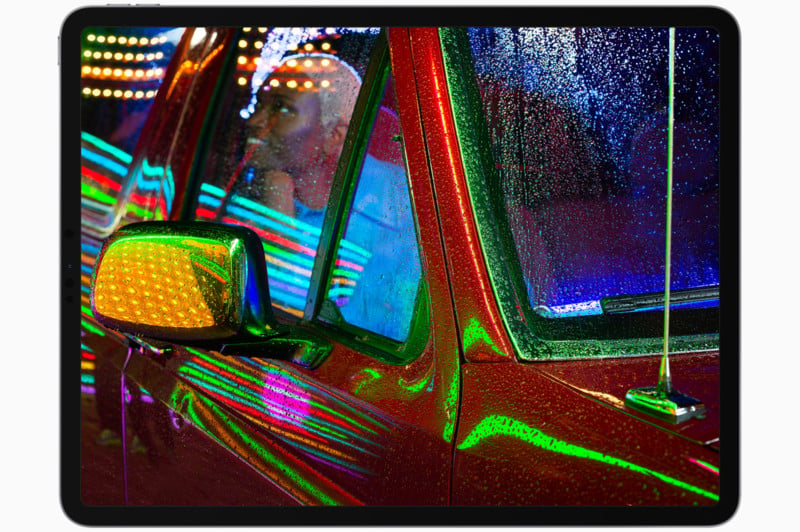 Apple has taken a page out of Facebook Portal’s playbook with a new tech it is calling “Center Stage.” Using the TrueDepth camera system, the new 12-megapixel ultra-wide front camera uses the combination of that wider field of view with machine learning to recognize and keep users centered in the frame. As users move, the camera can follow, to a certain extent. Additionally, if the iPad senses more people entering the frame, it will automatically back out and widen its frame to fit them in.

The ISP and Neural Engine in M1 add more capabilities to the iPad Pro’s camera system, such as support for Smart HDR 3 for the first time to iPad Pro. In low-light conditions, the ISP and LiDAR Scanner quickly and accurately focus images and videos “to capture details from almost no light at all.” 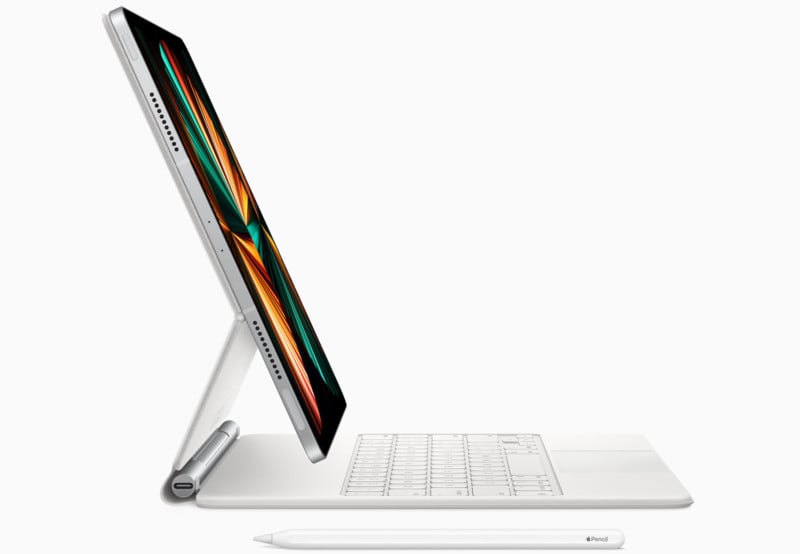