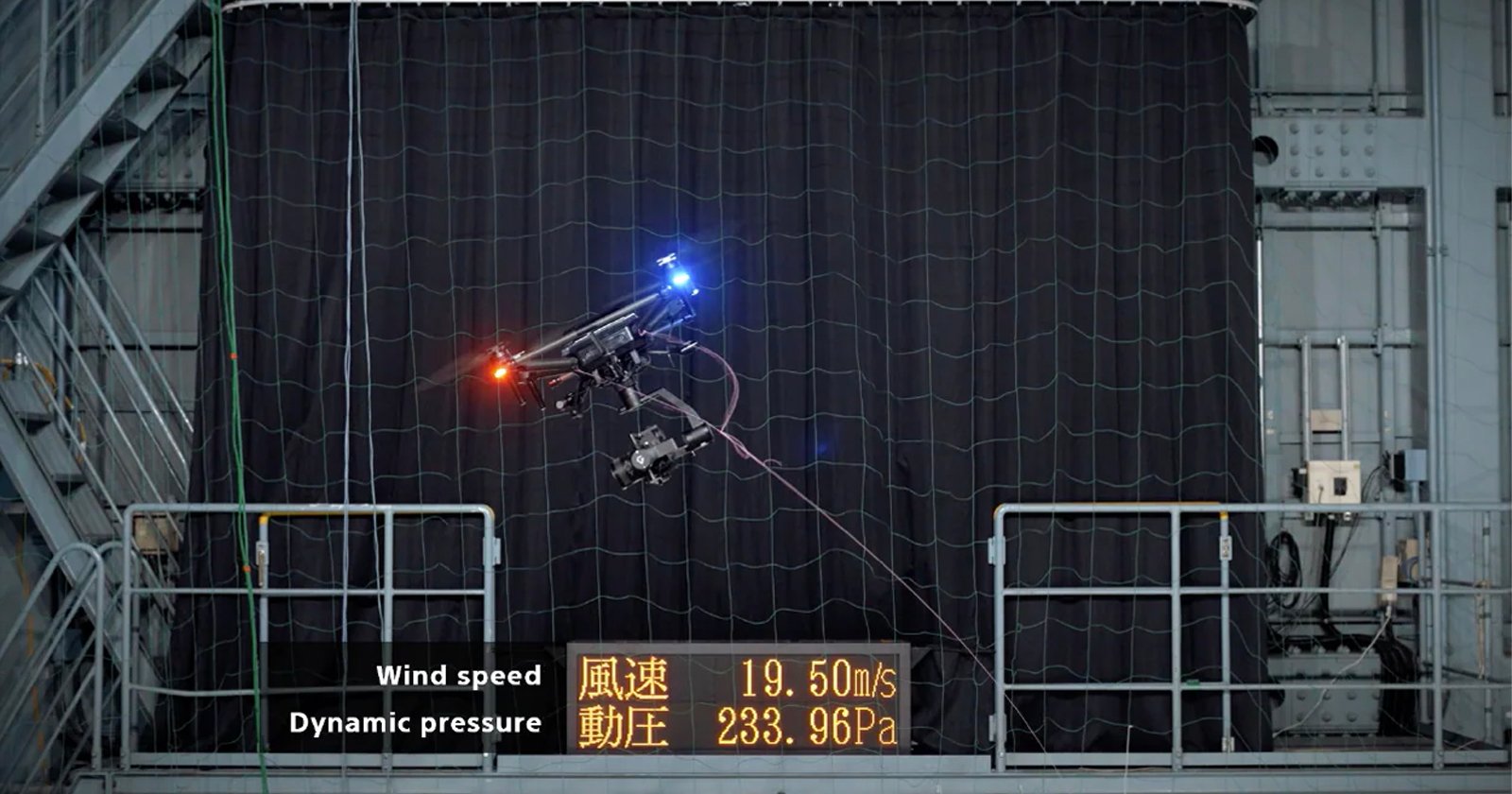 Sony has published a new video that shows the company’s testing methods for its impending Airpeak drone. In the video, the test shows the new drone stabilizing footage and maintaining position in 43.6 mile-per-hour winds (19.5m/s).

Sony has been teasing small bits of new information about its Airpeak drone project since it was originally announced in November of 2020. The drone itself was finally shown to the public in January.

Sony says that it is combining its expertise in imaging, sensing, and AI robotics technology together into the development of Airpeak. This wind resistance test is one of several that Sony says that it is evaluating right now in various field tests.

“The Austrian mountains shown in the CES 2021 video were covered in snow, and the test course was thick with fog. These conditions were actually a lucky accident, and not something we had planned for, but it has meant that we can go on to test the accuracy of Airpeak’s sensing and control functions in various different weather conditions,” the company writes.

As noticed by Sony Alpha Rumors, Sony tested the Airpeak prototype at the Japan Aerospace Exploration Agency (JAXA) wind tunnel that can generate artificial airflow at a constant speed that is ideal for testing.

“Our goal here was to see how the drone could be affected by strong wind, and up to what wind speed the drone could endure,” Sony writes on its Airpeak website. “Our test results showed that the prototype could maintain stable flight up to around 20m/s – a wind so powerful an average person would have trouble standing upright.”

In the video, the drone appears very stable and able to withstand 19.5 meter-per-second wind speeds, which is about 44 miles-per-hour or 70 kilometers-per-hour. Not only is the drone stable, but the video feed shown from the attached Sony Alpha camera on the gimbal is also remarkably steady, although just short of totally immobile.

Sony recognizes that in the real world, the wind doesn’t just come from one stable direction though, and says that simply speeding up propellars is not the answer to making an agile, responsive, and stable drone.

“The key to stable flight is to design a system that is both highly responsive to the environment, and can maintain control under any condition.
We are developing a unique propulsion system and flight controller for the device, and testing the technology in strong winds and other challenging environmental conditions as we strive towards an optimum level of flight stability for Airpeak.”

If Sony sticks with its original Airpeak timeline, the official public availability of the drone is imminent: in January, Sony announced that it would be launching a new business that would feature its new drone targeted at professional photography and video production in the spring of 2021.

Photographer Waits Years to Capture Rare Waterspout
Testing Every Type of Stabilization Technique to Pick a Winner
What is Focus Peaking? A Guide to the Manual Focusing Aid
The Photographer’s Guide to Finding Models on Model Mayhem
The Panaluxe Smart Color Target Can Instantly Color-Match Any Scene