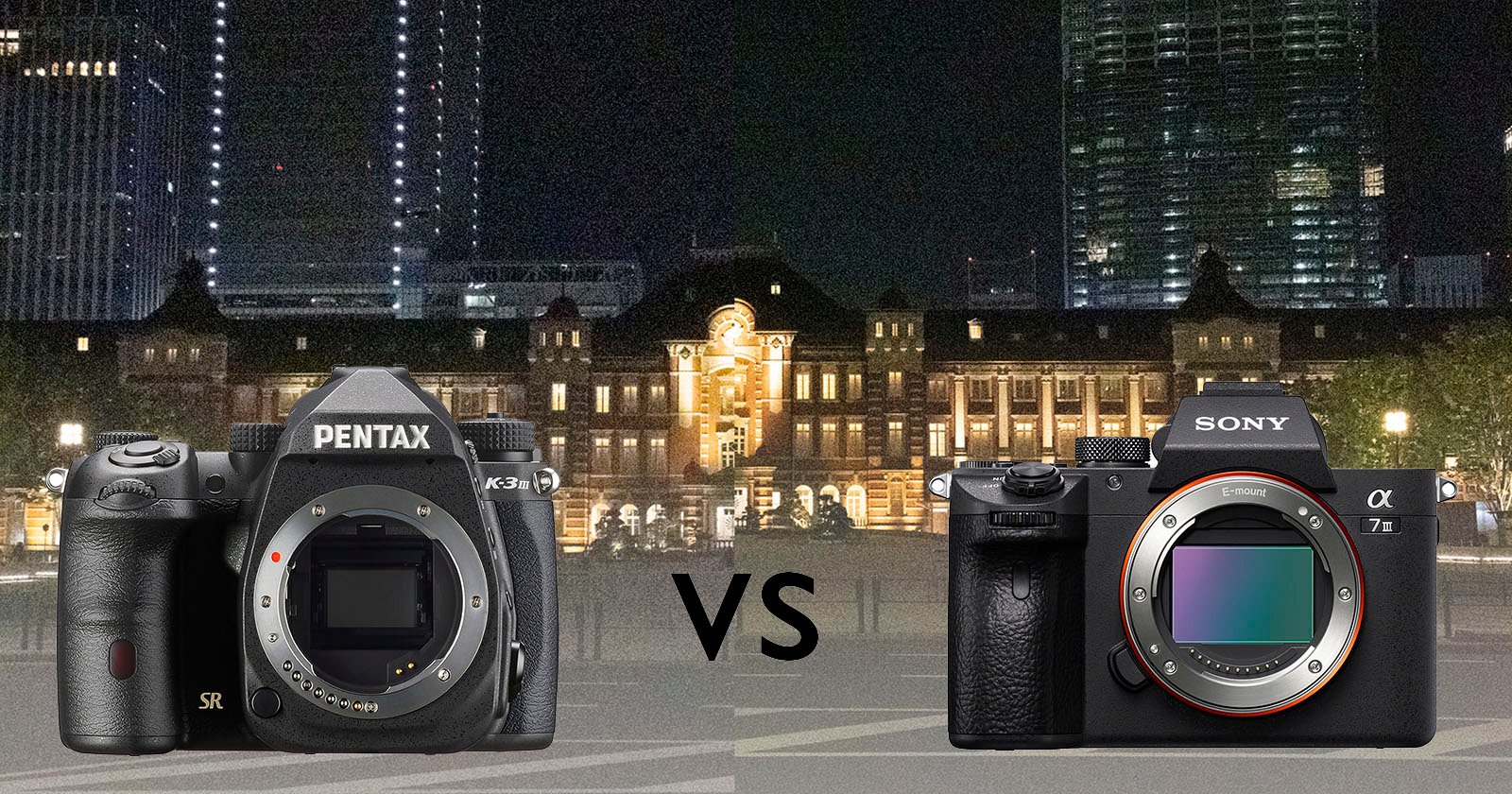 You don’t see many new SLRs announced these days when it seems that most camera enthusiasts talk about mirrorless as the future of photography, but to the surprise of those online voices that proclaim the optical viewfinder dead, Ricoh Imaging has released just that in the Pentax K-3 Mark III.

It’s a new high-end APS-C camera designed to compete not only in size but also with features and full-frame image quality.

The new PENTAX K-3 Mark III is in many ways a hybrid of a classic SLR and modern mirrorless camera. If using only live-view, there really is little difference between both platforms. Where the new flagship APS-C camera stands out is in the modern optical viewfinder which includes eye detection autofocus.

I won’t get into that as the point of this article is to focus on the high ISO image quality (perhaps I may go into other aspects of the camera in the future). From here for this piece, it’s all about noise.

While getting two people to agree on what is acceptable image quality is much like getting two people to agree on the perfect pizza topping, I think most can agree that the vast majority of photographs taken are never seen on a screen larger than 27 inches or printed above A3 size. And while I think that pineapple and pepperoni make for a fantastic pizza, I also do not mind a little grain in my photos.

Image quality is outstanding up to ISO 6400 and still looks clean at ISO 12800 in my opinion. Even ISO 25600 looks good enough to print up to A3 if like me you don’t mind some grain. Heck, if all you need is a small postcard print and the noise is not a bother, you can go as high as ISO 204,800 in some cases and still get an acceptable image.

So we’ve established that the new PENTAX K-3 Mark III does a fine job at high ISO, but how does it compare with a modern full-frame sensor of similar pixel count? For this comparison, I decided to go with the highly regarded Sony a7 III. Please note that is nothing more than a look at how far APS-C technology has come in that it can compete with a larger sensor. This is not a brand comparison.

Looking at ISO 100-1600, there is no visible difference between both cameras.

ISO 25600 is where I am really surprised. The APS-C PENTAX looks slightly cleaner to me than the full-frame camera.

Looking at the maximum ISO of the Sony at 204800, they are both pretty much the same. Neither is usable for this shot, but one is not worse than the other though the PENTAX does better on the color.

My perception of a smaller than 135 full-frame sensor not being able to compete for high ISO is thrown out the window here. The image quality of the new PENTAX K-3 Mark III really is a big step forward in terms of what we can expect from future cameras.

While full-frame users have enjoyed outstanding image quality for a long time, I think now too fans of smaller sensors like Fujifilm and Micro Four Thirds cameras no longer need to feel high ISO envy.

About the author: Albert Siegel is a Tokyo-based visual journalist who happens to be a camera geek and makes YouTube videos as a hobby. The opinions expressed in this article are solely those of the author. You can find more of Seigel’s videos on YouTube.

Are the Megapixel Wars Really Over?
Leica Unveils the M11: A 60MP Rangefinder with ‘Triple Resolution’ Tech
Photo Editing App Bazaart Adds Video to Keep Up with Picsart
The ultimate guide to setting up an at-home photo studio
Lightroom 5: Improved Book Creation