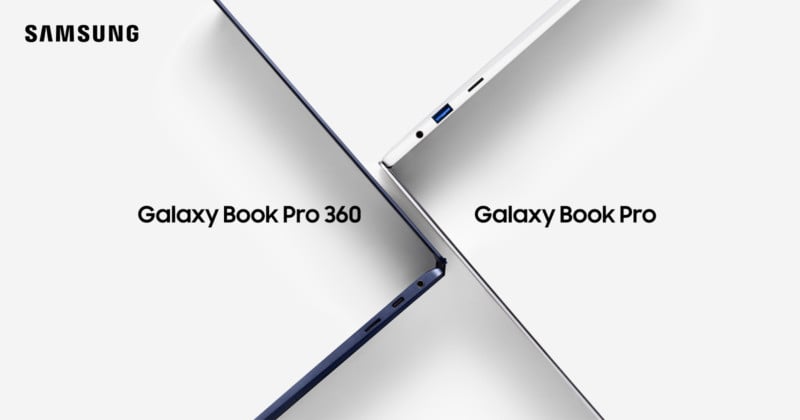 Samsung has announced the Galaxy Book Pro and Galaxy Book Pro 360 laptops that it says is a “new generation” of mobile computing devices that bring powerful performance mixed with the mobile DNA of a Samsung Galaxy smartphone.

Both new laptops run Windows and support both LTE and 5G wireless connections which Samsung says allows them to turn any location into a mobile workstation. Additionally, both are outfitted with WiFi 6E compatibility to allow for faster 6GHz internet connections when in a more traditional work environment. Both devices feature touchscreens, and the Galaxy Book 360 Pro is a fully convertible device that can fold over into a tablet-like form-factor. The Book Pro has a standard clamshell laptop design, but both feature a new Super AMOLED display and are the first-ever Windows PCs to do so. Samsung touts the display as Eye Care-certified by SGS8, which means they produce less blue light emissions than standard LCDs which help your eyes from becoming fatigued over long periods of use. They also feature what Samsung calls and “Intelligent Color Engine” which will automatically fine-tune your color space depending on the task at hand. Specifically for tasks like photo editing, for example, the Galaxy Book Pro series will automatically optimize the color.

What that optimization actually means isn’t particularly clear, however. Unfortunately, both screens cap at 1080p, so high-resolution photo and video editing are probably not the strong suit of these devices, but for on-the-go work, it might be enough. 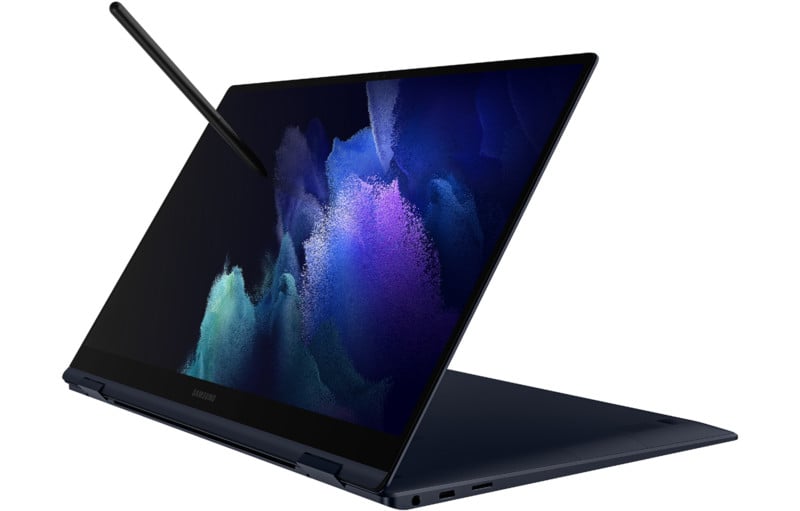 The Intelligent Performance Manager also deftly adapts to your computer position, environment, and system load. Automatically modulating fan noise, temperature, and battery usage, it will balance performance and power consumption to deliver a smooth experience that Samsung says will last all day.

The Galaxy Book Pro 360 ships with an upgraded S Pen that is 2.5x times thicker than the ones that are designed for Samsung’s mobile devices, which the company says should result in a more true-to-life writing experience. 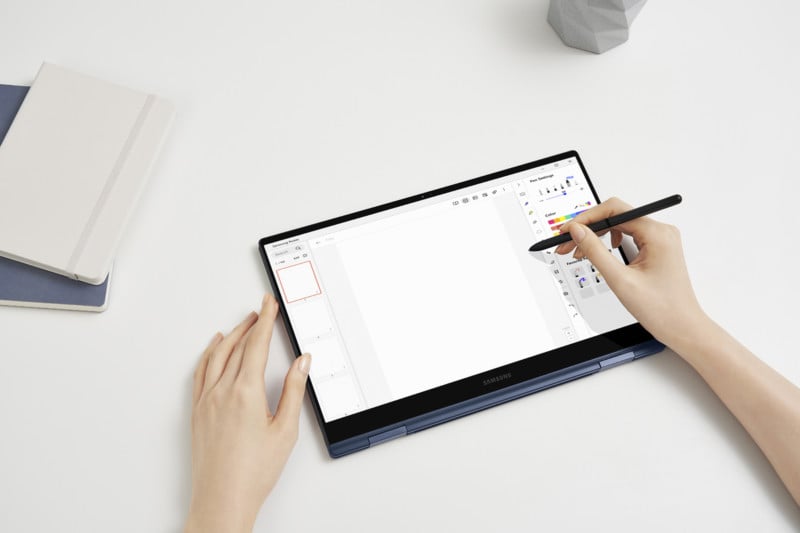 Both laptops feature a single Thunderbolt 4 port, a USB Type-C port, and one USB 3.2 port along with a 3.5mm headphone and mic jack, a microSD card reader, and a nano-SIM port.

Samsung notes that the integration of the Galaxy name isn’t just branding: the new laptops can also work with Galaxy devices for increased productivity by allowing users to expand displays onto Galaxy Tabsin Duplicate and Extend modes. The laptop also uses Link to Windows and Microsoft Your Phone which allows calls to be taken and messages to be sent from the laptop, similar to how Apple’s phone and iMessage system works on its devices. 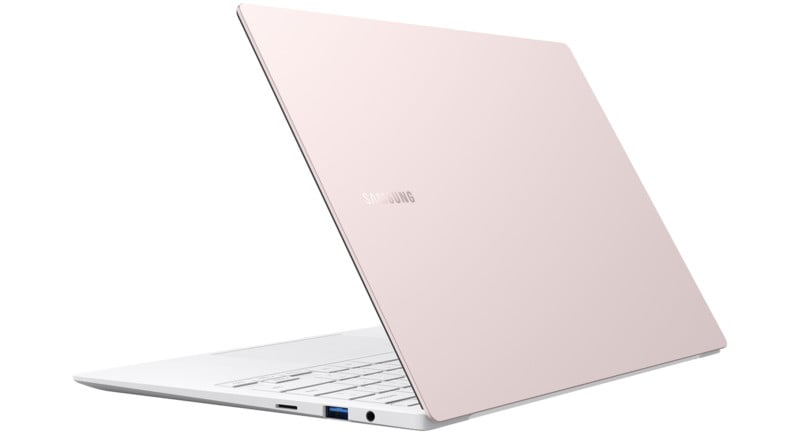 It should be noted that the base model of both devices has a paltry 8 GB of RAM, which is simply not enough for any regular productivity user. The laptops can be outfitted with up to 32GB of RAM, but at the time of publication, the Samsung website only allowed expansion to 16GB of RAM which added $200 to the base price of both devices.